There are some games out there that feel like if nothing is said, nothing will be understood. I’ve played a few of these, confusing 40-80 your RPGs and by the end you are still wondering why everything happened. Sort of like that Big Bang Theory episode when they are told in retribution that even if Indiana Jones was not there, the result would have been the same at the end of Raiders of the Lost Ark. That’s ok. I’m a Last Crusade fan! Then there are some games that need not speak but that they say volumes. Munin is in this category. Based in Norse Mythology, the Trickster God Loki does what he does best and turns one of Odin’s Ravens, Munin, into a mortal form to walk the realms instead of being able to fly. She sets out into the realms walking on two legs with the aid of the other raven Huginn to recollect her feathers and in by doing so, return to Asgard. 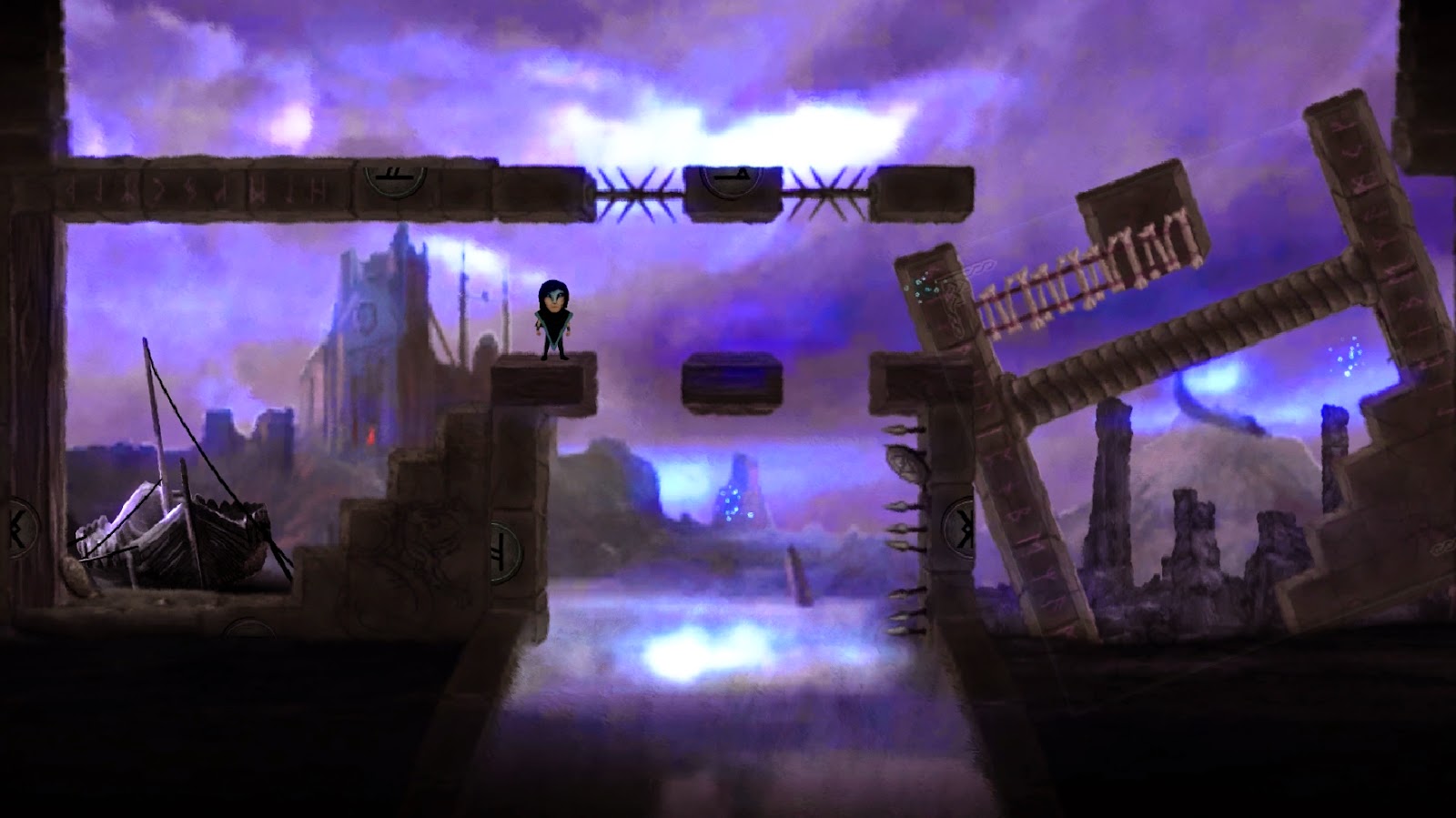 Graphically Munin is an incredible blend of soft colors that represent the feelings of the nine worlds of the great tree Yggdrasil, such as using dark and dismal colors for Helgardr to whites and blues for the icy reaches of Niflheimr. However it’s how these colors flow freely from the foregrounds portions of the stages into the backgrounds which makes each realm not just each alive, but makes each stage within an art canvas of it’s own. Going with this style allows a softer look that is not only pleasant to the eye, but also makes it easy to look at for long periods of time as you try to figure out how to acquire the feathers of each stage.

Soft and sometimes haunting music in the background of every level only helps to enhance the graphics as they work together. The soft music helps with the concentration of each stage as the puzzles continue to get harder by never distracting you, but instead by providing a soothing soundtrack. Sound effects are limited to the rotation of the pieces of the levels and are never quite more than that but they more than do the trick to let you know that the pieces are rotating. By default, the effects themselves are turned below the level of music and ambient volume and are only there to support the music.

Munin takes an interesting approach to the puzzle genre by including base level side-scrolling platformer elements such as jumping and climbing ladders as you rotate the various portions of the levels to create paths to obtain the lost feathers. The starting region of Midgard serves as a tutorial to the basics and once it is complete, there are choices that open up for the next step of the journey. It is at this point that it feels like the gloves come off as each world becomes an experience and challenge of it’s own. 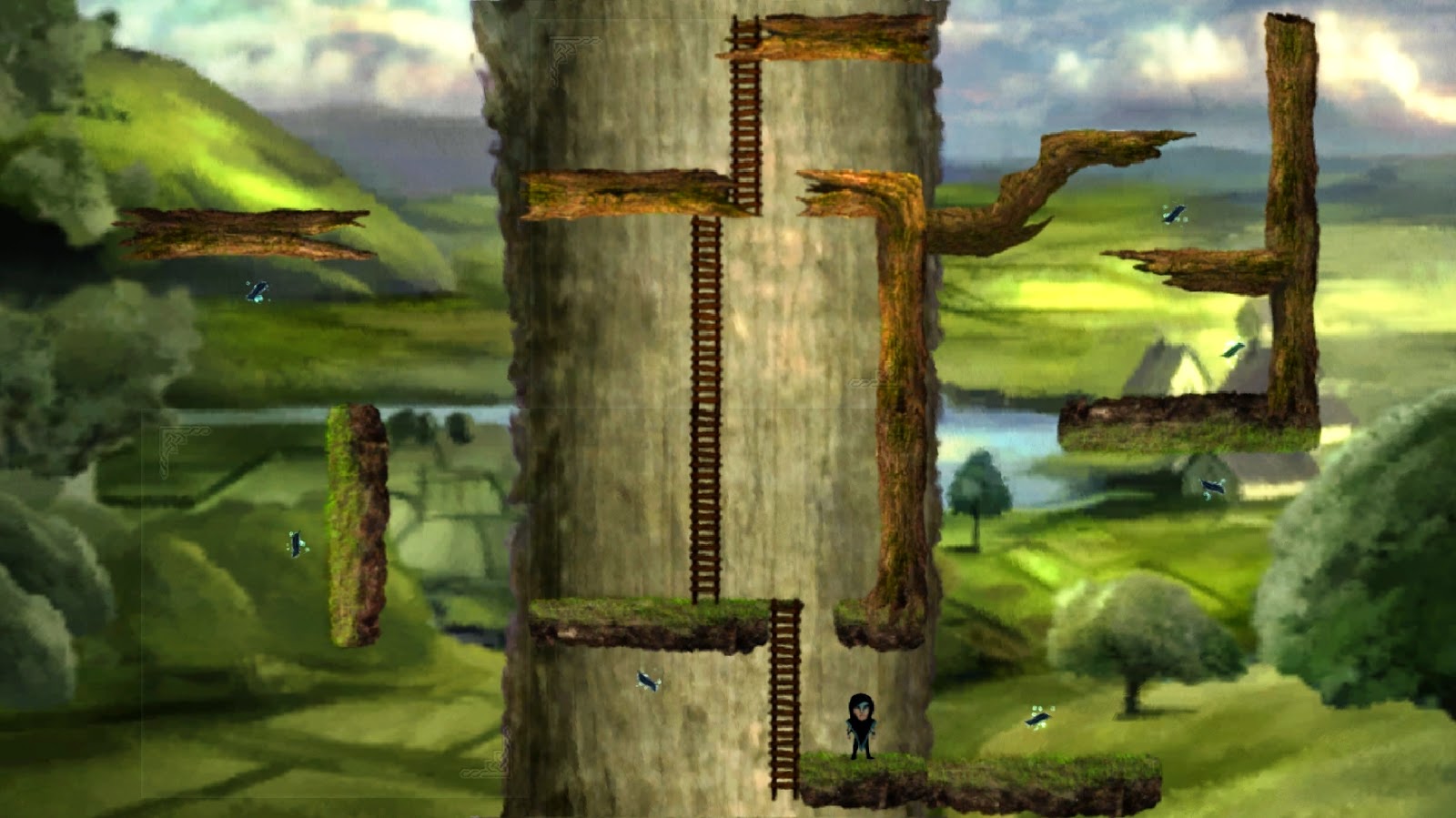 The base concepts follow through from one world to the next but there’s always a different aspect that get’s added to the mix. Not only do the different portions of the levels require to be rotated, but as the game progresses more than just one section rotates at once. Rotating these sections is easy to do, as long as Munin is not standing upon that section. This alone creates a challenge of it’s own at times as it could be several moves later that the realization dawns that the configuration will not work and another will need to be attempted. Of course if it was just that easy where would the fun be? Just within the first three choices after the tutorial Munin must deal with:

– Respawning boulders that can destroy her with enough velocity, but these same boulders can aid reaching higher locations if used properly 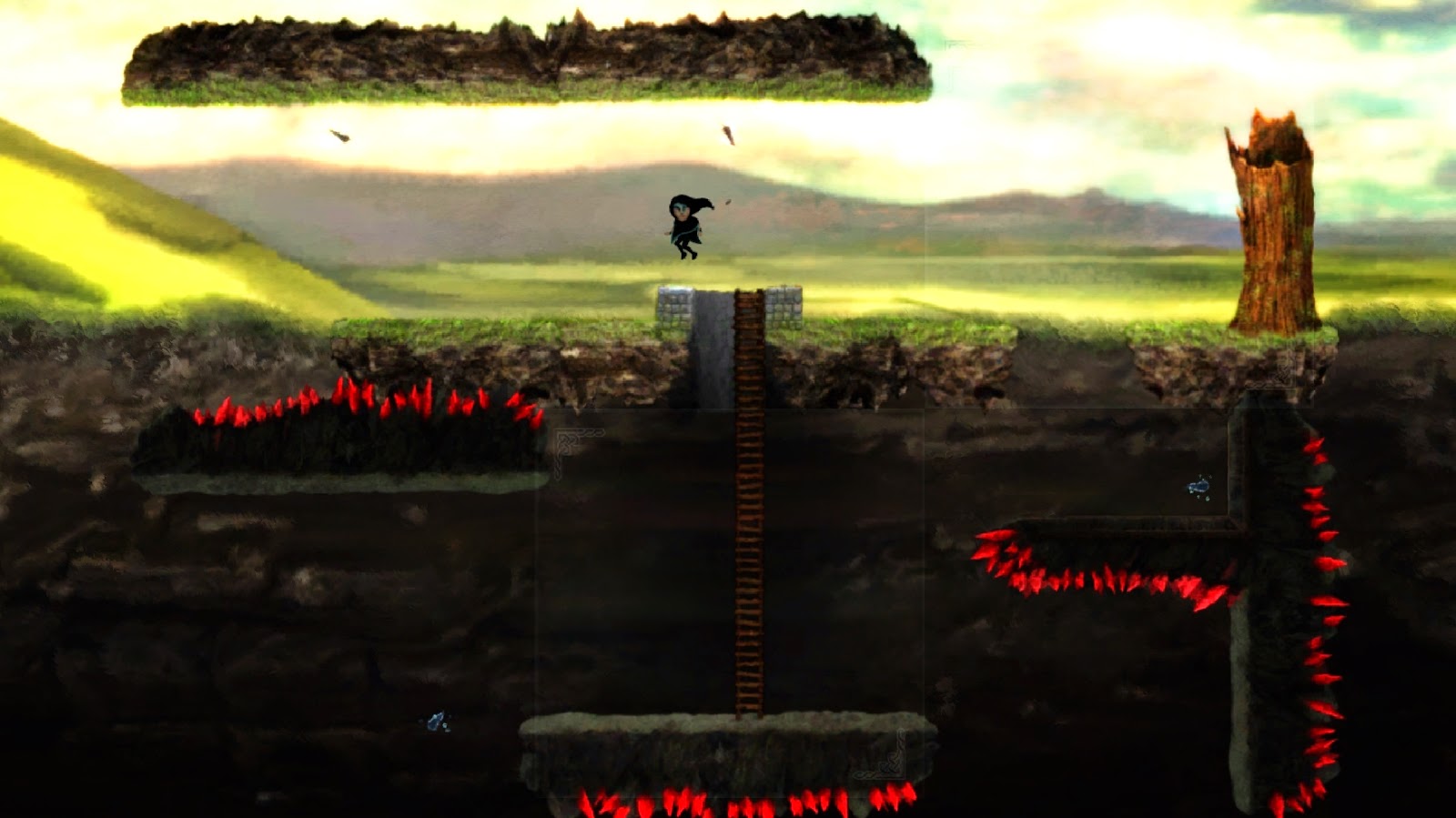 It’s these elements that makes Munin that much more of a worthwhile experience as it changes the approach to puzzles as each world requires a different thought process.

Munin can be the type of game that can possibly create frustration at times while trying to figure out exactly how to obtain all of the feathers within a given stage especially if a boulder or platform takes her out while reaching for that last feather. The experience however is more than worth the time between the wonderful coloring, soft musics, and incredible puzzles that develop as the stages go on.