The collectible card game scene is a popular one still, even after all of these years. In the world of video games, they are usually represented by either Pokemon or Magic: The Gathering, but there have been plenty of exceptions to that rule as well. Many of them have found their way to mobile devices, which seem like a sort of natural landing spot since you can touch and drag your way through the interface while also having an online connection for competitive play. 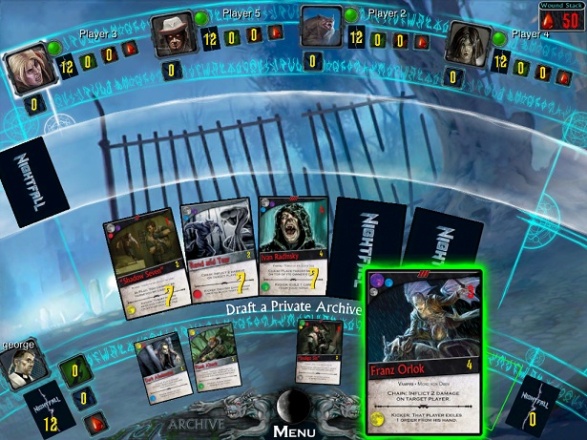 Nightfall has been out for a couple of years now on iOS, but was always one of the pricier games – at least at that time. Since then it has come down in the form of good sales, and I nabbed it after one such special and gave it a go.

It seems like many CCG titles for mobile devices are free to play, and try to hook you so you will spend money on more stamina/turns or packs of cards. Here you do not feel that push as you buy – and then play – the game. 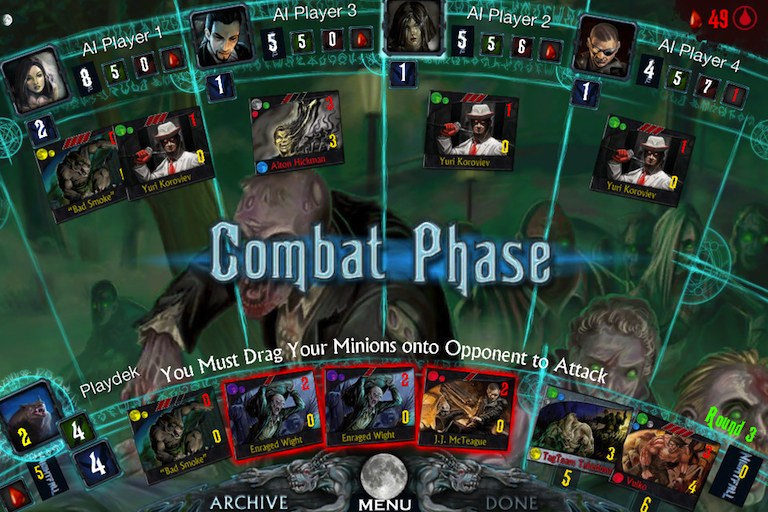 The story is simple enough, but gives Nightfall a creepy vibe I really like – the sun has set and now long longer comes up, exposing the world to eternal night. You have cards that typically represent either minions or attacks, and your goal is not to gain resources or points like a lot of card games, but to damage your opponents. It is a simple enough goal in theory, but this game has a lot of depth to its mechanics – something that a lot of titles try to emulate, but only to varying degrees of success.

Chaining cards together and sorting through the stack feels very familiar to a fan of Magic: The Gathering. The phrase first in, last out (or its opposite, last in, first out) seem to apply.

The tutorial is lengthy, but you will want to follow it. Otherwise you may well come out of the gates very confused as to how the game itself plays. Once you understand how the game plays though, the interface does its absolute best to stay out of the way. You can slide cards easily, rotating the fields of play quickly to find what you need. There are online and offline modes, and while the former are more fun, I did have a little trouble finding matches at times – likely due to the age of the game and that there are newer and shinier CCGs out there. 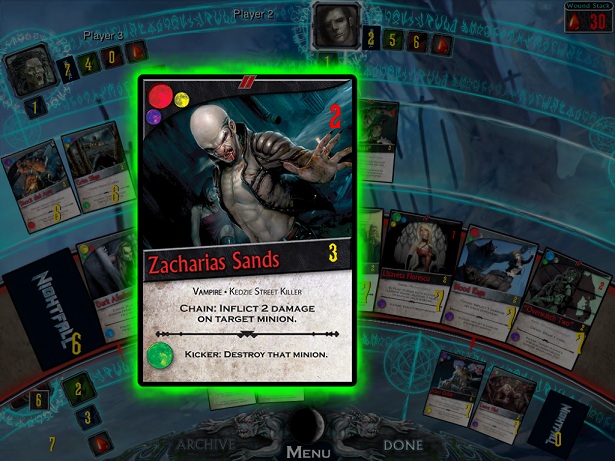