Ever since the good old days of Warcraft: Orcs & Humans I have been a stickler for building maps and scenarios, small custom campaigns that told a short story of my own choosing. When the far more powerful editor came out with Warcraft II: Tides of Darkness I got heavily into map making and branched off into the Doom/Quake side of things for quite some time. Building small maps and scenarios to play with friends from school. Then, in the late 90’s Blizzard released StarCraft, a futuristic counterpart to their Warcraft line of RTS games. The Editor was incredibly powerful, adding triggers and flags, allowing would-be campaign makers to create their own custom campaigns, units, and sounds, the whole shebang. It was great. I spent days, weeks, even months developing homebrew campaigns and have been in love with the idea of making my own game ever since. Only, there were really no good tools that were readily available that could walk you through the process of making a game. 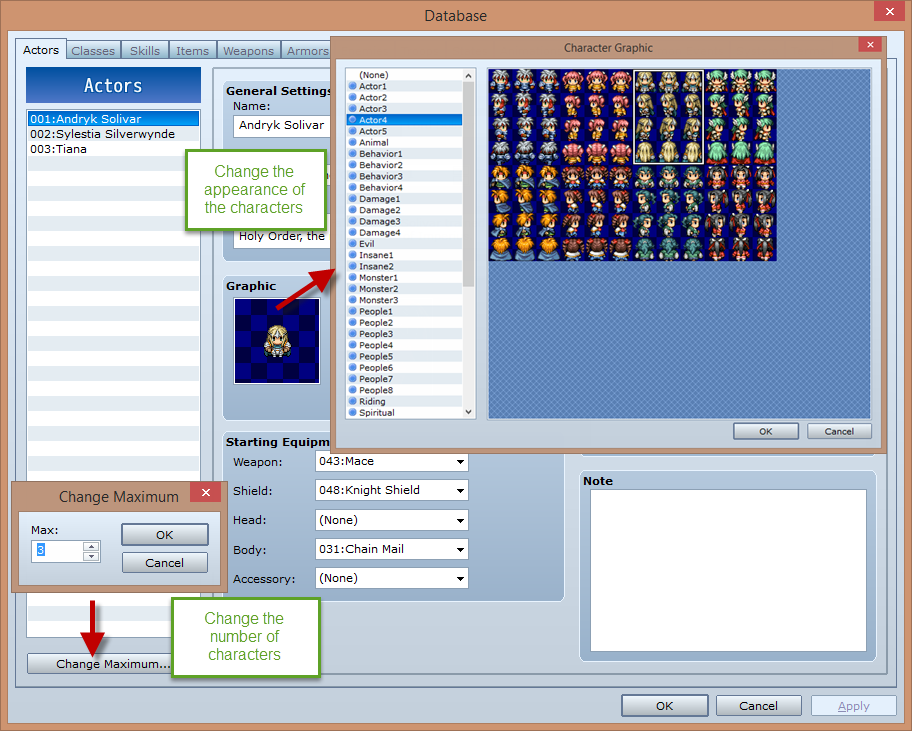 Before I get into the nitty-gritty of the review I just want to say that having a complete engine and scripting application, packaged into an easy-to-understand interface opens an infinite number of possibilities and it delivers on every single one of them. I have spent years dreaming about writing up a small episodic style of RPG games built around a completely unique universe (one that I have been adding to over the years in hopes of compiling all of the data and writing a book); with RPG Maker VX Ace … that dream is within reach. Knowing that, I ran into this review headlong with crazy ideas and an incredibly complex story. My previous experience with modding and campaign making set red flags off in my little dream world as soon as I started to get comfortable with the software. Having a plan is crucial, as is being organized, when using a tool such as RPG Maker VX Ace and if you just hop in with wild dreams of being the next big indie breakout, you will quit before you even start. So, I stepped back and decided to really sit down and start small and here is my experience …

Upon first launching RPG Maker VX Ace you get a blank canvas with a little sprite floating in the middle of some water as well as some links to some help articles (which I strongly recommend you review and keep handy). Once you start reading the very well-written tutorials and you get the hang of the interface, you will be up and running in no time. For me, after walking through the tutorial on creating an opening village area, I am now quite comfortable with the tools and different capabilities of the software and can churn out an unplanned and random map in about 30 minutes or so. When I  sit down to do a planned environment, say the Manor house exterior for the aforementioned book that I would like to write, it took me closer to 2 hours to complete, but I had to have it be perfect. 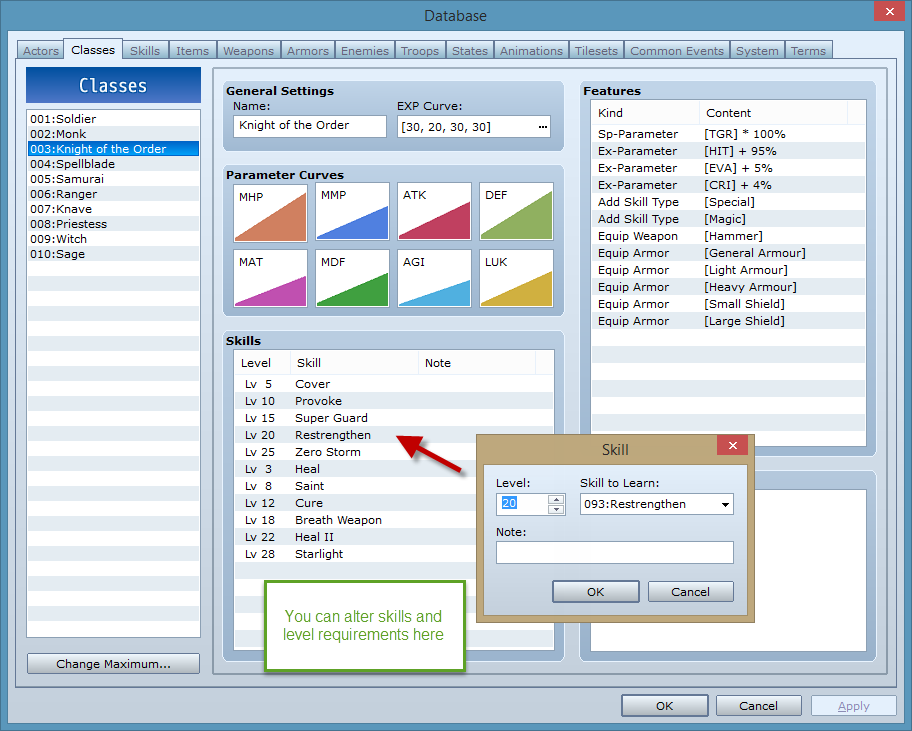 “Drawing” on the canvas though, is simple; it is the Events that really liven up the maps, adding animations and other aspects such as random battles or dialog pieces. Numerous times I found myself heading back to the tutorials and various help forums for instructions, as it can become quite daunting, keeping track of every single event that you add in. Some maps can have dozens of events, while others will have only a few. Where I found myself having the most trouble was in the Database itself. There is no real downside to the way the database is put together as it is easily navigated. There are separate tabs for the important pieces, such as Actors, Skills, Classes, Items, etc. and each one is very easy to move through. The biggest difficulty is the shear size and scope of the Database as it handles every single aspect of the characters that will be in the game, from class assignments and skill progression to items, what they do, and who can use them. It is very easy to become overwhelmed and even possibly duplicate work, though it is not a black mark against the software since that is a part of game development as a whole and RPG Maker VX Ace makes it very easy to maneuver.

One of the coolest features of the software is not what it comes with, it is what you can do with it. Developers familiar with Ruby scripting will be able to quickly customize nearly every facet of the engine and those more capable than I have created hundreds of custom scripts that are easy to load (or unload) into the engine. If you don’t like the pseudo-first person style of combat that is included within the engine and would rather have something akin to traditional Final Fantasy style combat, there is a number of easily added scripts that you can download. If you want a more Secret of Mana / Legend of Zelda: A Link to the Past style of combat? There is a script for that. The “modding” community around RPG Maker is massive and the amount of resources that are freely available is staggering. Adding new sprites and Actors, environments, environmental effects, or simply want to import new graphic tilesets, you can and it is very easy to do so.

Once you have created your demo level (or game), RPG Maker VX Ace can very easily package the game into a running executable for you to test, though, size and speed of the packaging of a playable game can vary since one small map took mere minutes where a slightly larger map took nearly fifteen minutes to get into; though I am not sure if that is more of an issue of my own machine’s potentially failing hard drive (which I believe it is) or if it is just the time it takes the software to compile the level.

All in all? RPG Maker VX Ace is an amazing engine. It gives indie developers and those of us who have always wanted to get into developing a game, a very easy tool to work with. Some engines (Unity, Unreal Developers Kit, etc.) can be very difficult to work with and can take a significant amount of time to learn before being able to get into developing the game. With RPG Maker VX Ace that is not the case, as all of the tool is so easy to simply drop in and use that nearly anyone with a dream can just jump right in and create their own nostalgic RPG game. I certainly loved it and would strongly recommend anyone remotely interested in game development give it a try; it is well worth the low cost of the software.