Once upon a time, if someone had mentioned Early Access from Steam I would have looked at them sideways and asked if they were sure about that idea. Now? The idea of being able to have a say in the way that a game evolves is greatly appealing to me. This is especially true with a hack and slash action RPG like Shadows: Heretic Kingdoms from bitComposer Games. There is a real opportunity to see what the developers have in mind, and it is far from a complete game, it is still a lot of fun. The events of Shadows: Heretic Kingdoms take place several years after the events of Kult: Heretic Kingdoms and it is currently within it’s early Alpha stage of development. 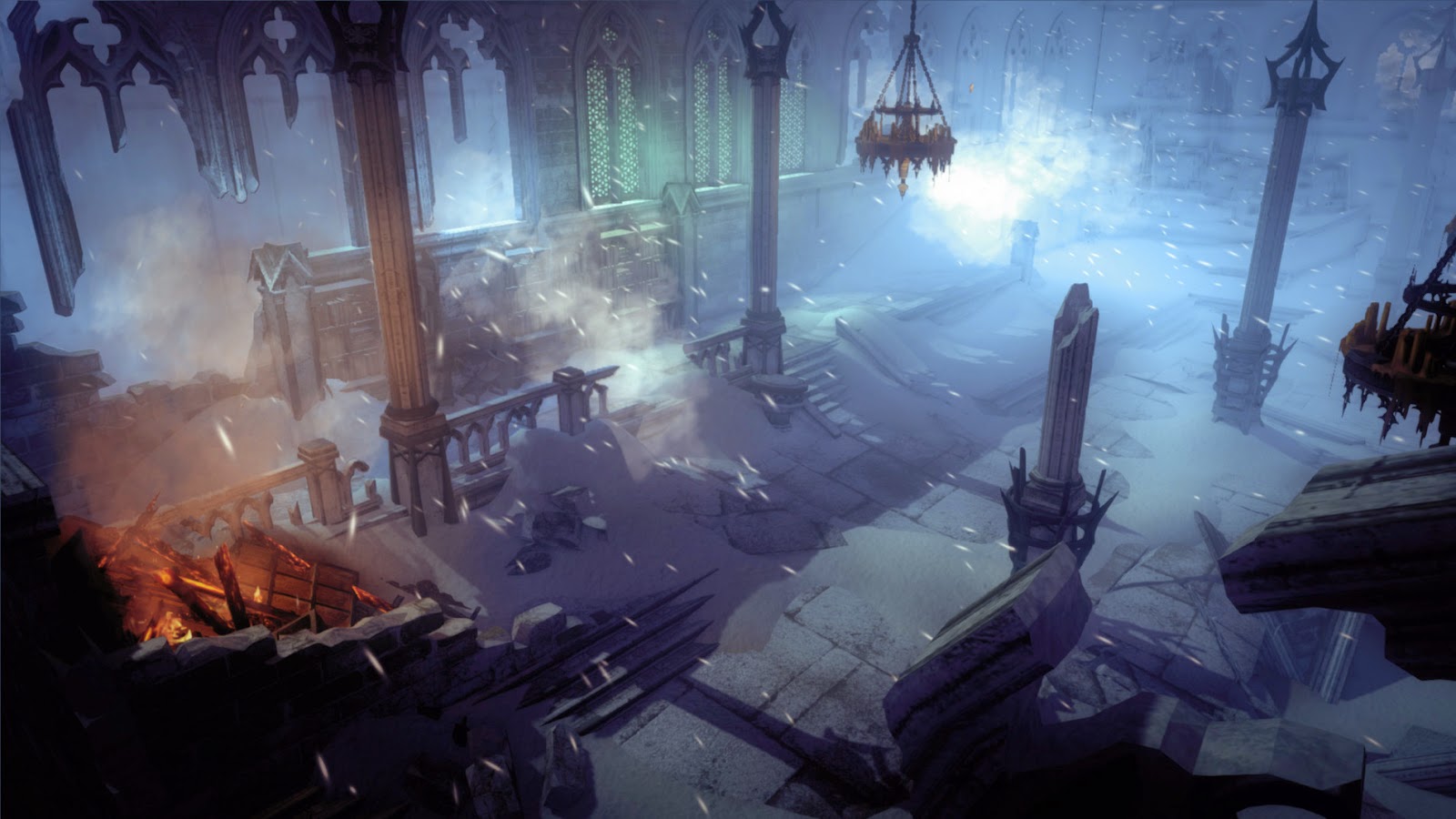 Shadows takes an interesting spin on the genre, as instead of selecting one class and playing through to the end as is standard within this type, players start off as a shadow spirit named the Devourer. The Devourer has the ability to select a spirit that he can merge with so that not only can he affect the realm of shadows as himself, but also the more corporeal realm within this secondary form.

Currently in the Alpha there are only two of the three available starting characters such as the Bandit King Kalig – who plays like a fighter, and the Wild Boar Jasker – who plays like an Archer. The last of the three starting options the Daughter of Fire Evia, who is supposed to play like a mage and will be coming along in a future update. It has been mentioned that there will be a total of fifteen characters that can be used as the game progresses.

Visually Shadows might not do much to set itself apart, however a very nice touch is that the Shadow and Corporeal realms are very distinguishable from one another. The Shadow realm which can only be navigated by the Devourer contains blends of dark colors with brighter but still dark enough accents. The Corporeal realm on the other hand contains the colors that one would expect to find in the world of the living. This feature alone feels like it sets Shadows apart from a lot of others as players have a full party within the space of one.

In terms of the actual gameplay, switching between the Devourer and the spirits can be done at any point by the simple click of a key or a button. This would have been interesting alone, however (there is always a but) both the Spirit and Corporeal forms have their own Hit Points, Experience meters, and skill trees. If either Shadow or Corporeal forms reach zero Hit Points they need to be resurrected and healed and can not be used until that is done. This can slow down progress a great deal, since in order to complete a dungeon completely, oftentimes both planes are needed. For example, sometimes only a spirit can cross the air over a broken bridge, while only a mortal body can open a door. 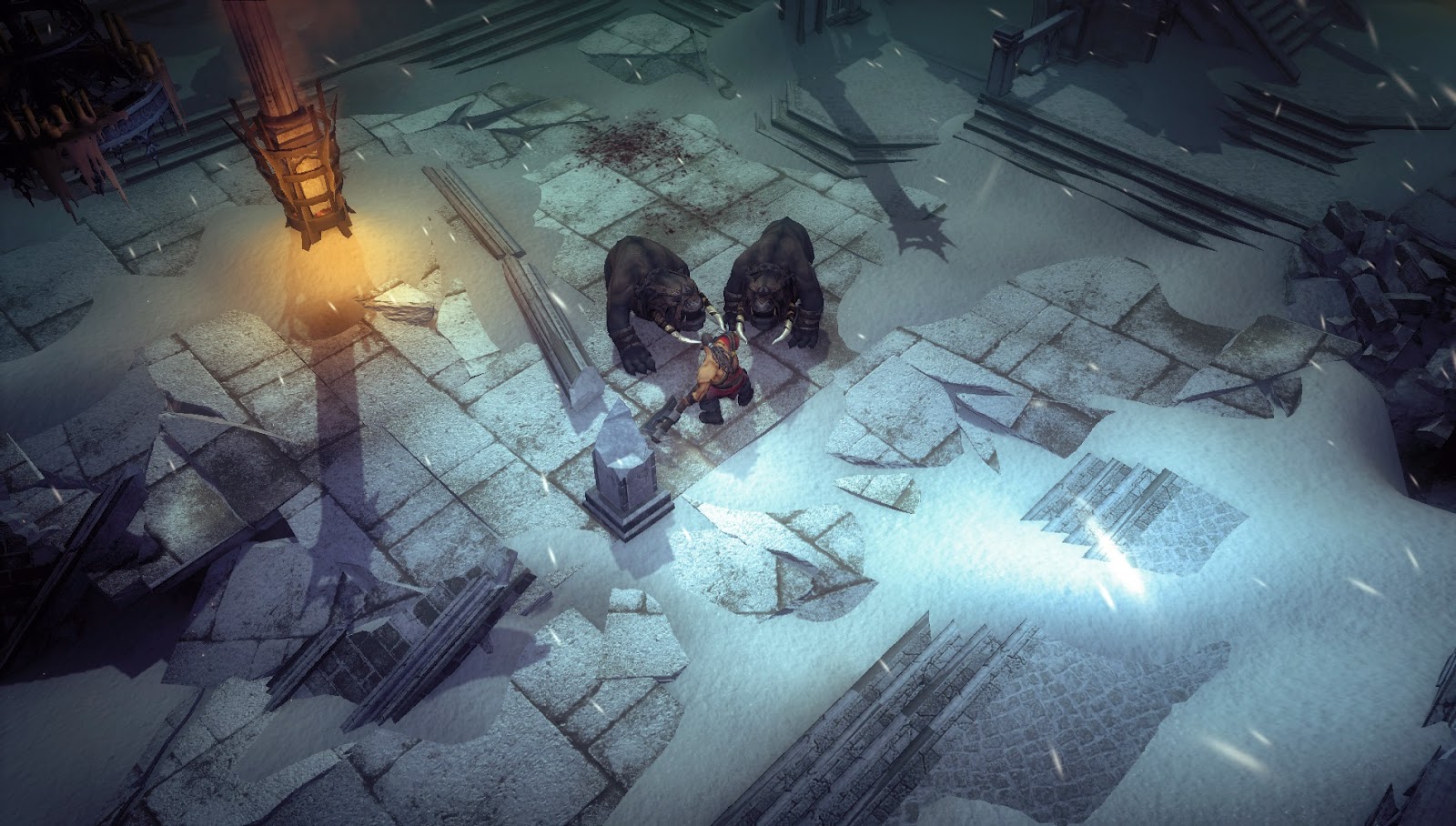 Existing within different realms, the Devourer fights different enemies depending on which of the two worlds is currently being played in. This can make combat quite interesting, as one room could contain a slew of different enemies for the Devourer but none for the corporeal side of things, and vice versa. Sometimes players will hit the jackpot as both realms are swarming and combat is inevitable. There are other mages that, like you, can exist within both realms. These in particular can make for a tense experience with little time for a reprieve.

Combat falls into the standard for this style of game, in which there is the main attack and there are secondary skills that are put on a cooldown. As you might expect, these additional skills can be unlocked through the skill trees. Where things change somewhat, other than having more than one form to fight in and more than one reality to do so in, is that souls can be absorbed for a form of mana. These souls can then be used to regenerate health regardless of the character being used. This makes combat somewhat different in that you are relying on your enemies for life, and not a huge stack of potions waiting to be quaffed.

Merchants can be found across the city and they sell different good throughout, but these items are expensive and require lots of gold to buy them. Hopefully the amount of gold acquired or amount of items dropped is somewhat increased in the coming updates to help balance the would-be economy out. Quests can be found around the starting city while some can be found in one realm and not the other. Of greater interest are the quests that can branch into different results based on your actions. Do you hand it in? Or do you hand it over to the authorities? That’s your choice.

The only outright gripe that I have with Shadows is that at least currently, it feels a bit slow. If the combat, general movement speed, as well as the actions to destroy the normal destructible objects inside of the environments could be sped up, it would make the entire experience feel smoother. At its current speed, breaking vases and boxes is not worth it because it just takes too long and can really drag down the experience.

Keep in mind that currently, this is all still an Alpha via Early Access. This leaves Shadows: Heretic Kingdoms within the best place to leave this kind of feedback through the community and hopefully we will see some of these changes within future updates. So far it appears that the developers are active in the community, drop hints, take feedback, and I cannot wait to see what other kinds of features get added along the way! 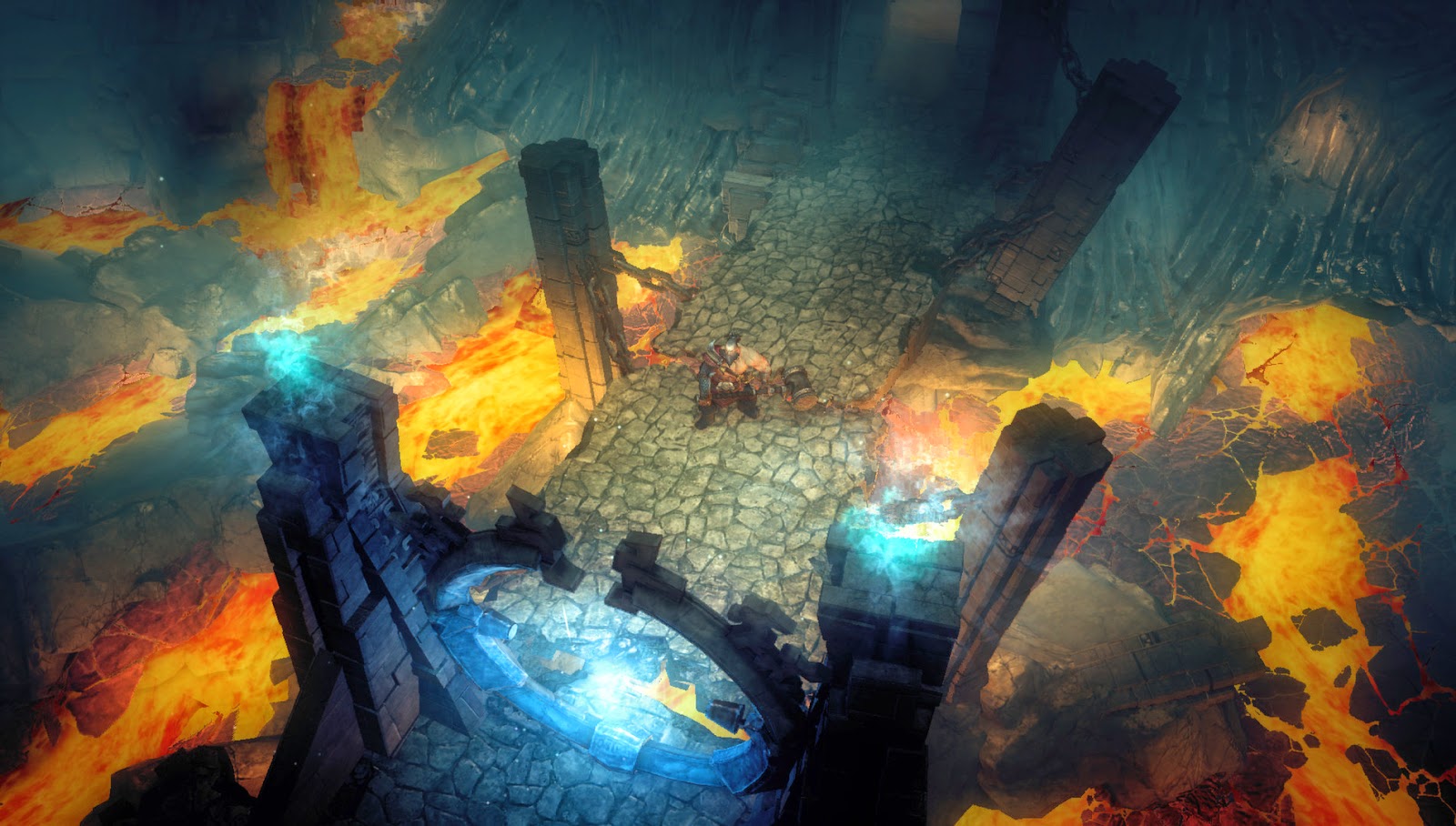