Space Run completely surprised me. I was initially approached about reviewing Space Run and I was a bit skeptical about the game; while I love space games, I was unsure how this hybrid tower-defense / ship-building game would turn out. Even though it is being developed by a single-man development studio and early looks and generic summaries do not do this game justice. When I first booted up the game I was greeted with a comically gruff narrator by the name of Buck Mann who explains the world (well, universe) the game takes place in. 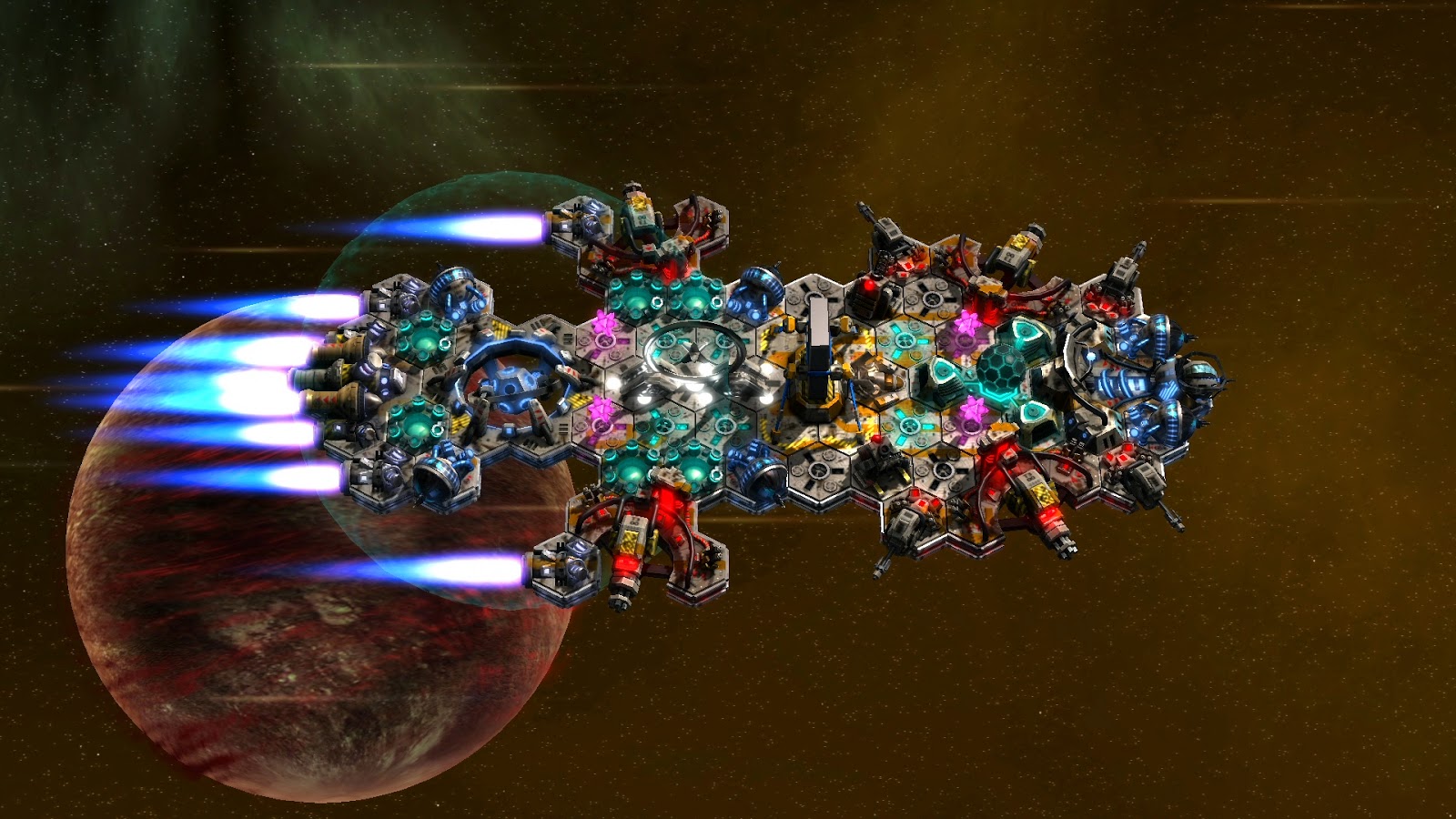 The style of dialog in addition to the sound of Buck’s voice is
something straight out of an 80’s or 90’s B-rated action flick and it is
both perfect (one of the opening lines is a direct parody of Star
Trek’s “Space, the final frontier…”) and respectful to the original
content. Buck then goes on to explain that you are a space runner and
are in charge of protecting cargo and completing jobs as fast and safe
as possible.

The first few missions are the obligatory tutorial missions and outside of an issue where Buck’s voice actor is saying one thing and the subtitles / conversation bubbles on screen saying something else, they are smooth and get the point across. Walking you through the customization options of your ship, the tutorial is over quick and puts you right in the action and there are some early missions that are down right hectic and can be brutal at times, but never so much that you spit in disgust and walk away. After each of the missions, depending on how well you did (calculated by Reputation gains, which can increase your income) you will receive some sort of monetary gain where you can purchase new weapons or upgrades for your owned weapons, shields, or engines which will help you stave off attackers or complete runs faster. These little RPG-like enhancements are neat and help add a level of strategy to how you build out your ship as you go and are a welcome treat. 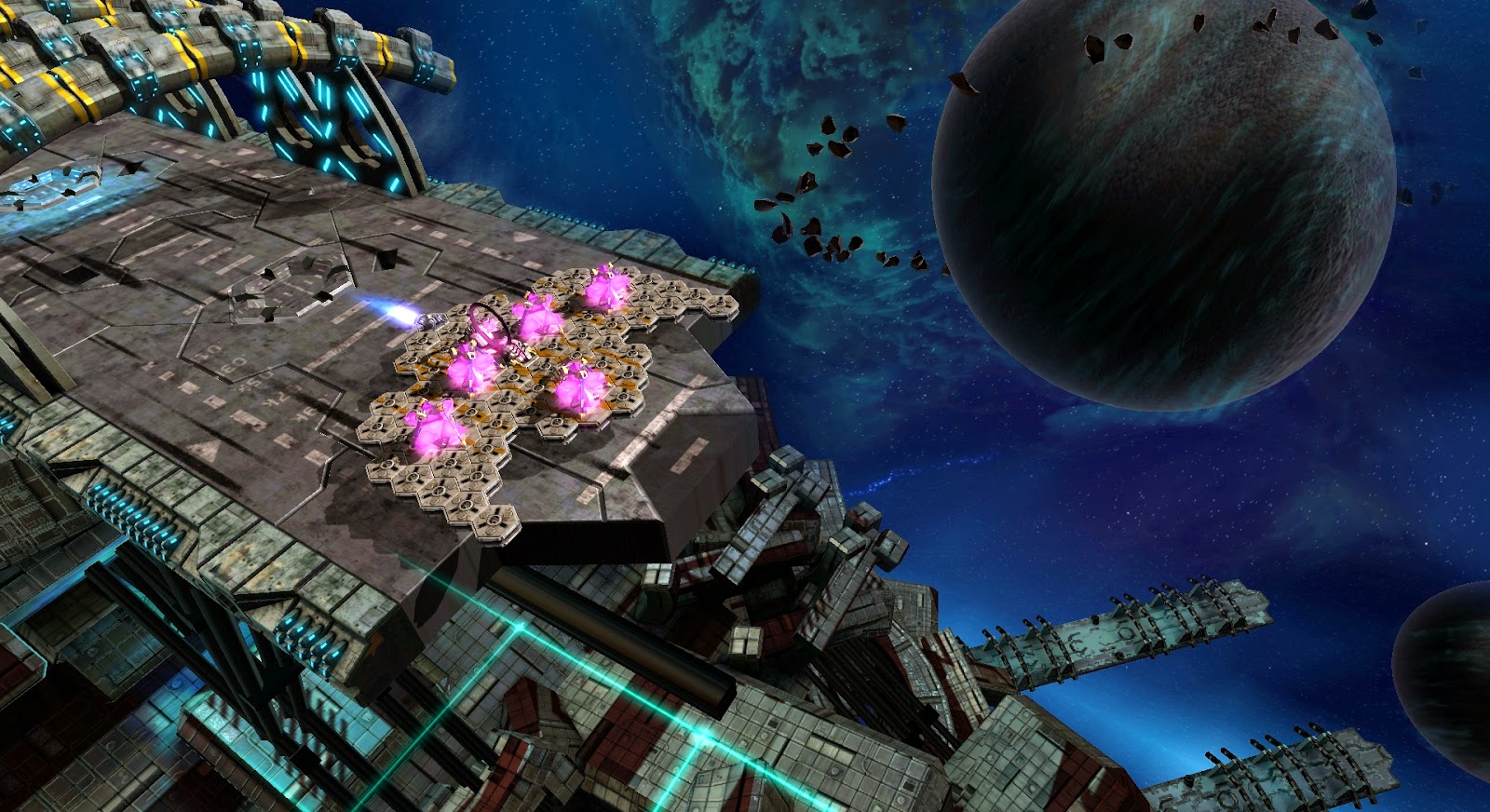 The voice acting (and script) are well done; being comical at all the right points, though there were a few times where the immature nature of some of the content, that I would roll my eyes a bit. The music is decent but largely forgettable as the explosions and different sounds of the ship are significantly more prominent. The various laser beams, missiles, engines, shields and other structures added to the ship each have distinct, clean sound effects and it never gets boring hearing a handful of missile launcher sending a salvo of explosive goodness towards an enemy ship.

There is a particular level where you are fighting Brown Beard (most of the characters are comical homages to famous characters such as Black Beard and Buck Rogers), one of the game’s antagonists, and he has this massive ship full of laser cannons and missile batters. The sounds of both of the ships firing round-after-round, rocket-after-rocket, and overcharging their shields was so delightful that thinking back on it actually makes me feel like a ship commander straight out of the Master and Commander series by Patrick O’Brian; it is a spectacular feeling and I honestly want more of it. 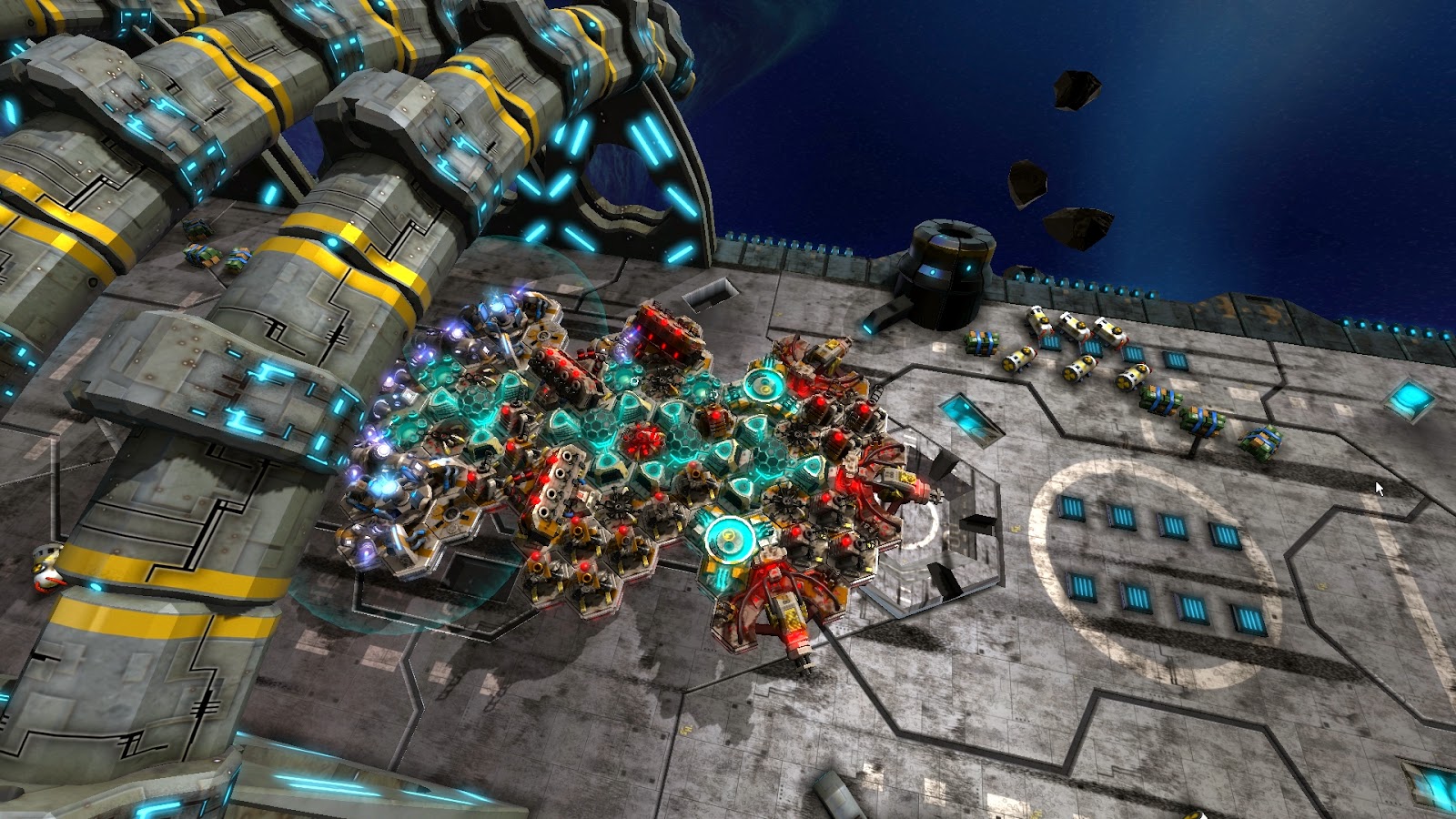 Outside of the aforementioned issues of the spoken narration being slightly different than the written narration, the biggest issue I had problems getting past is that the backgrounds of space tended to be repeated a little too often for my taste, and the space stations that you dock at are all exactly the same. This leads to the feeling that you aren’t really moving through the wonders of space, but rather riding a rail around a small planet. I think a little more variation to the backdrop and even throwing in two or three station designs would make a massive difference.

Overall Space Run completely surprised me and in all the best ways. Good solid comedy, intense action, wonderful sound effects, minus the forgettable music and the fact that the narration did not match the subtitles on screen, decent graphics (minus the copy/paste space stations) are all put together in an addictive little package that is oddly gripping. For being built by a single-man studio Space Run is a well-built game with a healthy dosage addicting gameplay. For those of you looking for a different take on the tower-defense genre, Space Run will be right up your corner as it is fun, addicting, and worth every penny.