comments Share
You are reading
Black the Fall – PC Preview

At first glance, it is hard not to associate Black the Fall with the ever-popular Limbo. The stark contrasts between light and black colors, the platforming and puzzle elements needed to further advance. The early returns are promising, with visuals that actually look quite slick and a pulsing soundtrack in that first level that thoroughly impresses. The control scheme still feels a bit rough – functional, but perhaps would be better served with a controller option. Still, the title looks incredibly promising at this very early stage of its development. 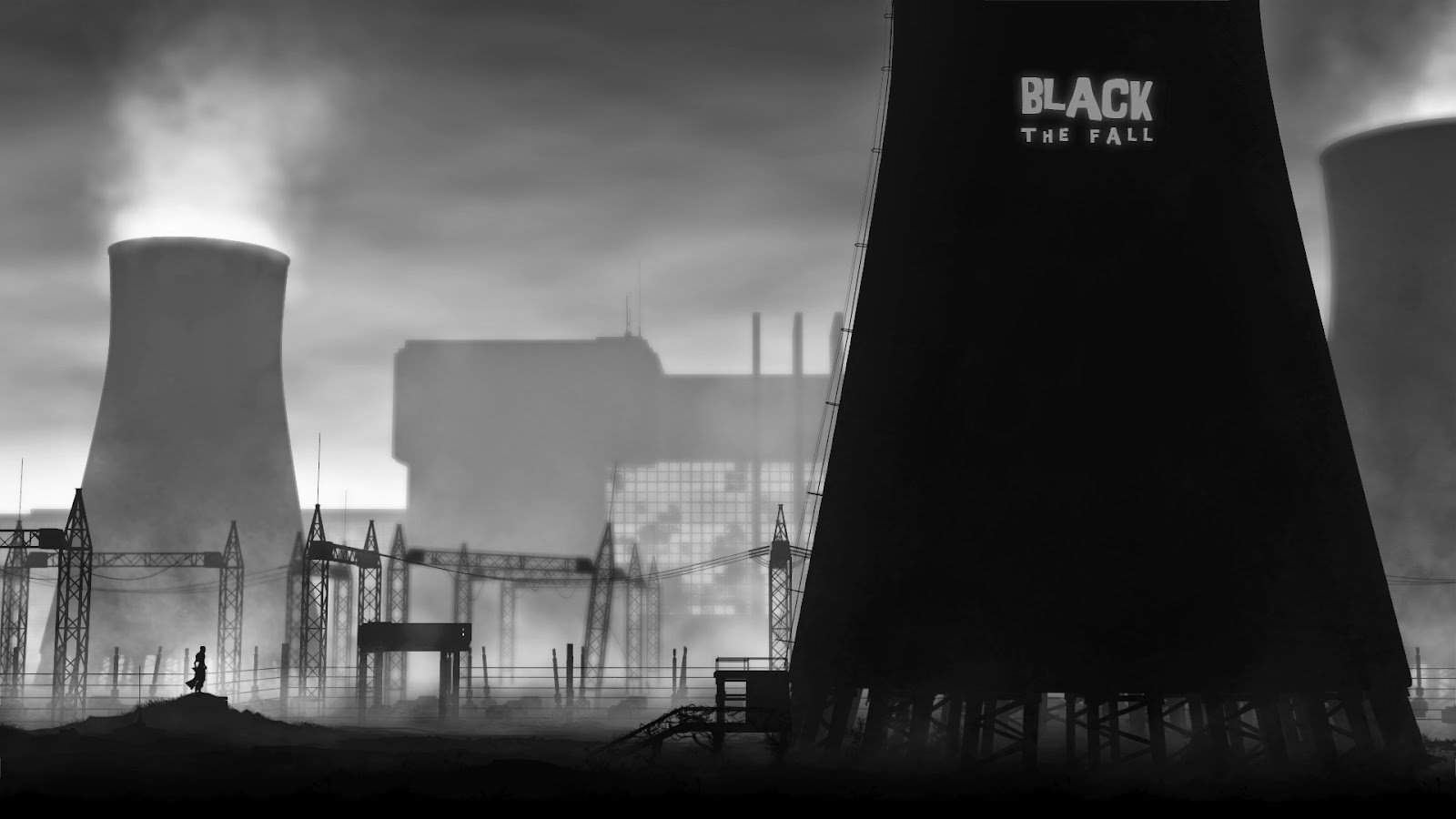 Again, it is hard to get away from the Limbo comparison. Your character is lowered down on the left side of a mostly black and white world without any sort of narrative. Your characters is an amnesiac  who is unaware of his circumstances – what this place is or how he came to be there in the first place. That sort of absentee story at the beginning recalls the start of the small boy who wakes up all alone in Limbo as well.

Despite the visual and starting similarities between the two games, Black the Fall is a very different beast. For one, the music helps to reenforce a sort steampunk atmosphere that is backed up by strange creatures and the presence of guns and machines in the world. Also unlike Limbo, your character is not helpless. In Limbo the game is all about solving puzzles while traveling through the environment. The small boy is helpless and lost. Here the protagonist is certainly vulnerable to the denizens of the world, but he can blend with his environment to avoid conflict, use a melee attack or fire off shots from a gun.

So, enough of the Limbo comparisons – because while there may be hints of inspiration there, Black the Fall is aiming to be a very different kind of title. So far the game is incredibly early in its development, and while there is some content to go through, it is by no means a complete or even close-to-complete game. There are quite a few interesting touches however, as the character blends into the background to allow an enemy to pass by, and the ability to shoot at opponents is refreshing since so many games of the puzzle/platforming genre make your character quite helpless. 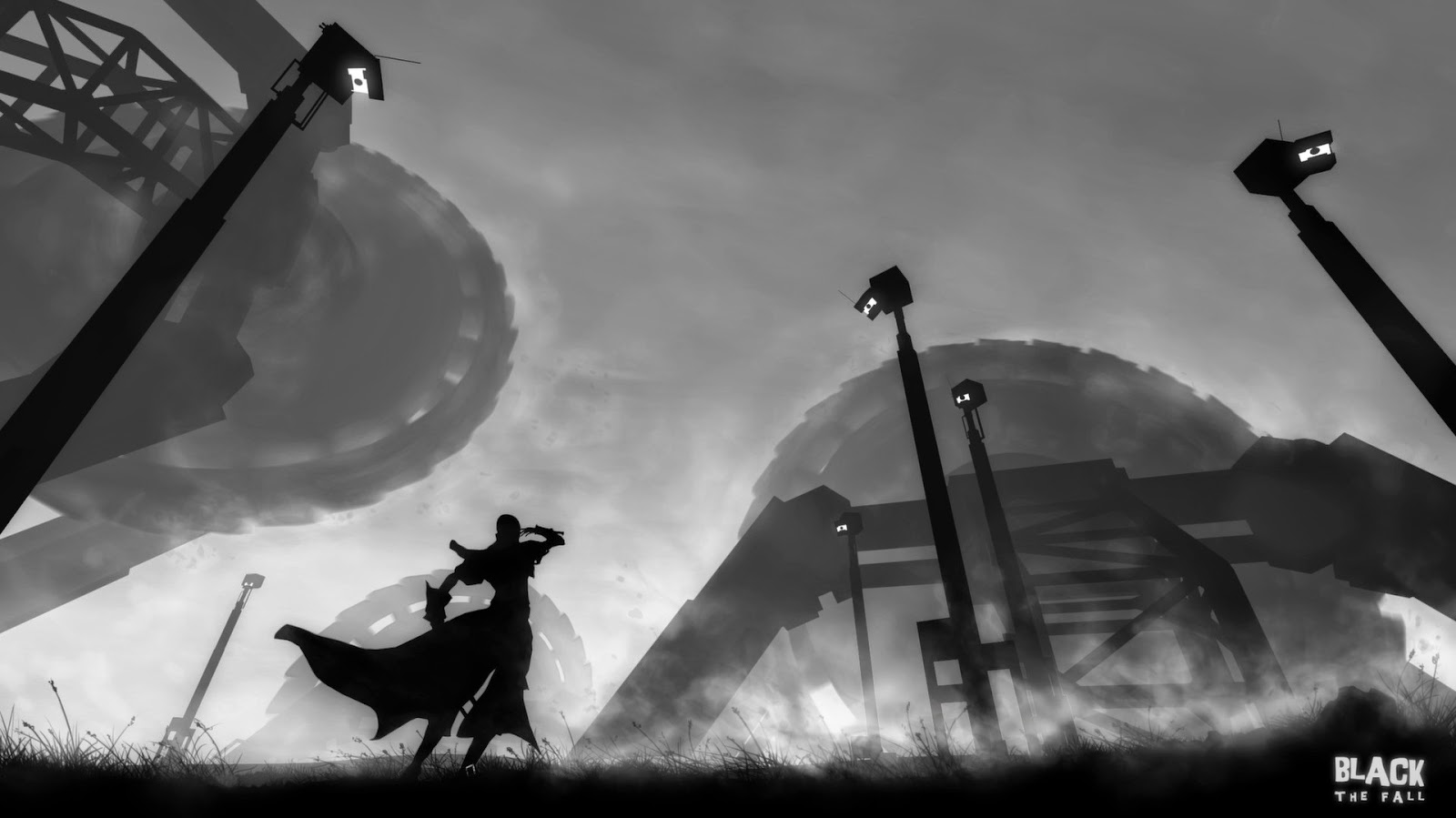 Now, aesthetically the lead character is interesting – he reminds me a bit of Riddick from the Pitch Black movies with his hairless head and goggled eyes. The backgrounds scroll along beautifully as you walk, and it all manages to serve up a tense, almost haunting atmosphere. Another interesting touch is that when your character perishes, a small tombstone gets erected for you to encounter when you once again return to that location from your spawned checkpoint.

Unfortunately there are some balance concerns with the spawning at this point. When you kill an enemy, it would be nice to see them remain gone after the checkpoint reload. Either that, or you get your ammo back at the time you reached that checkpoint. It is easy to get stuck on a part that requires you to use your ammo up, die a few times, and eventually realize that your checkpoint is far enough back that you have been left fairly helpless with enemies to get through. The melee attack is fairly useless – especially if you have more than one enemy to contend with.

Thankfully many encounters can be avoided by using the hide functionality, but even then that can be a somewhat trying method to have to rely on too frequently. It is a neat mechanic, and I would love to see the developers offer options where a player has enough ammo that they can play either style – stealthily or more action-oriented. Another example however, is that I hit a point where I died several times figuring out a puzzle. It respawned me to a point where I had almost no ammo and three enemies in the vicinity. I relied on the stealth tactics to get by, but it was incredibly slow going. It is a neat, atmospheric gameplay mechanic that could get a bit old if the same sequence of events has to be done time and time again, especially since it cannot be rushed through. 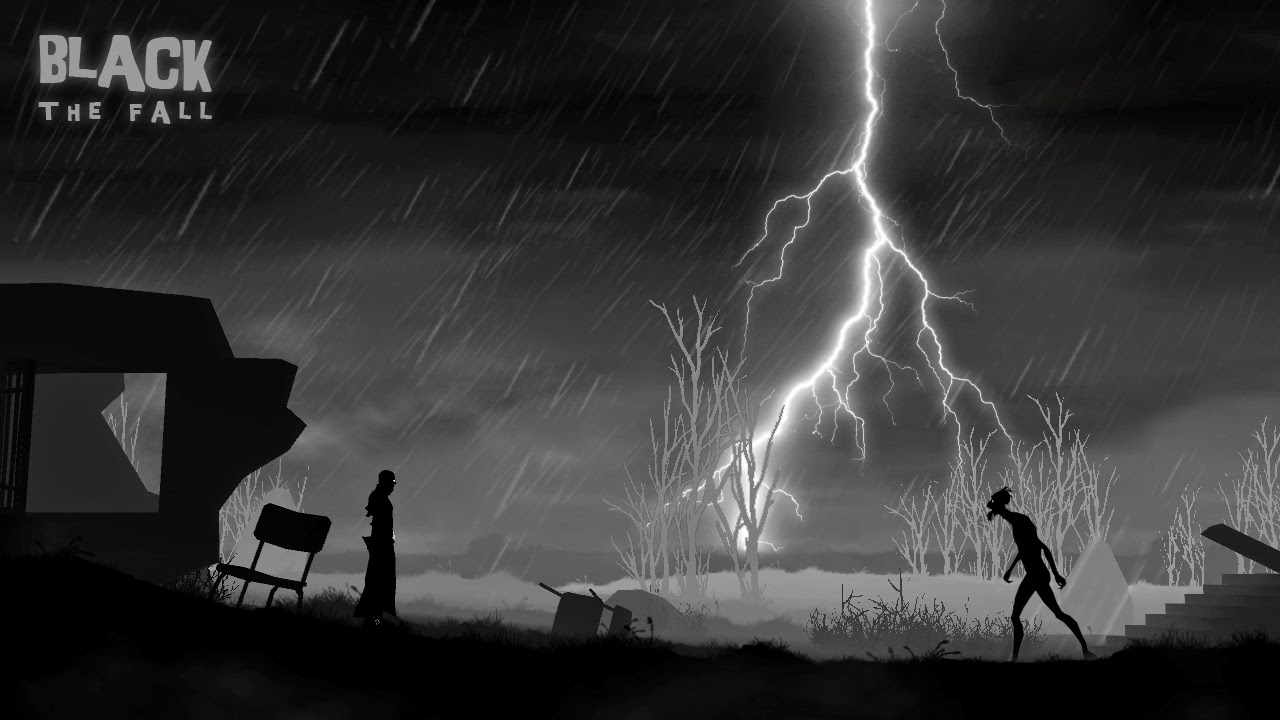 My other concern is in relation to the controls. The scheme used is completely functional, but there is a fair amount to juggle. Use the mouse to point and shoot your weapon, which is done on a circular axis based on your character. WASD moves, spacebar jumps and also hides, shift helps you to run, and then you mix in other controls for things like sliding and changing weapons, and it quickly becomes apparent that this game would work far better with controller support. If it is there, I do not see it, but it would make the game a lot more fun I believe. If you read the developer comments on the Steam page, there is talk about eventually bringing this title to consoles, so clearly controller support has to be something that is being considered, hopefully even actively developed (and if it is there, I did not see anything for it in the options and trying to use the controller I keep plugged into my machine did nothing) because I do think it would improve the overall experience quite a bit.

The current development cycle has been aggressive as the team has worked out a lot of bugs and set up most of the gameplay at this point, though there is still precious little content. Right now Sand Sailor Studio is hoping to release either at the very end of this year or during the first quarter of 2015. Obviously things are still quite premature, but Black the Fall looks like it could be a lot of fun when it is finally finished. 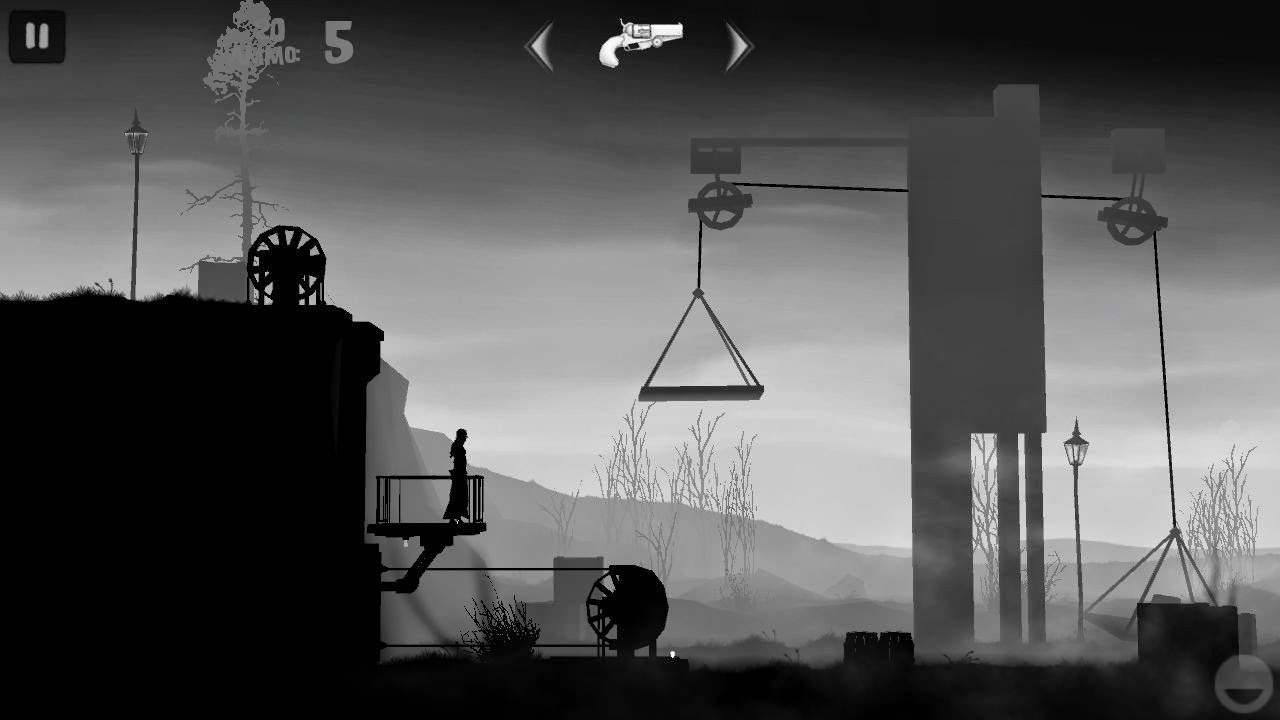