comments Share
You are reading
BrickBlast U! – Nintendo Wii U Review

TagsBrickblast U!, Isaiah White, Nintendo Wii U, Wii U Review

The old style brick breaking games are a classic for a variety of reasons. Fun power-ups, frantic and fluid gameplay and lots of levels – many of which are visually appealing – stand as some of the most popular reasons to play titles like Breakout or Arkanoid. Really, the formula tends to be somewhat easy to emulate, though the somewhat shallow, repetitious nature of the gameplay keeps this from being a style of game we see very often. When BrickBlast U! was announced for the Wii U, I was hopeful that it would at least pull off the necessary things that made those other games classic time-wasters. Unfortunately in the end, BrickBlast U simply serves to waste your time. 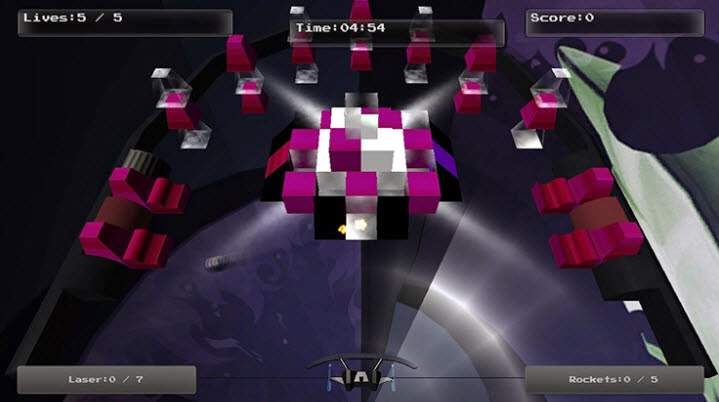 The cardinal sin of BrickBlast U!, is that at the end of the day it just is not a lot of fun. This is mostly attributed to the really sluggish gameplay. Your paddle never feels as though it is moving very fluidly, and too often the ball can take odd angles where it bounces back and forth horizontally several times before suddenly being jarred up or down at a sharp angle. Given that every level is on a timer, watching the already sluggish ball lazily drifting from one side to the other repeatedly is annoying at best.

There are various power-ups available that fall at random, and most of the positive ones act just like you would expect. You can widen your paddle, trigger a multiball, gain rockets or lasers and more. The interesting flip to this is that some of the things that fall are actually bad for you to pick up, such as losing a life or shrinking your paddle. The instant death one is jarring to say the least, and it is frustrating when the ball is slowly making its way down one side of your screen, and you have to screech to a halt and just let it happen because there happens to be an instant death between the two of you.

Even the good powers have some annoying caveats at times, like the wider paddle making it more likely you will hit something you do not want to or how the multiball immediately starts pumping out your new balls in the middle of the screen. That is horrible design, as much of the time you are on one side or another having grabbed said power-up. This leaves you scrambling to the center of the screen to try and knock one or two shots back up, but likely having lost one or two of the balls as well because of the odd initial placement. 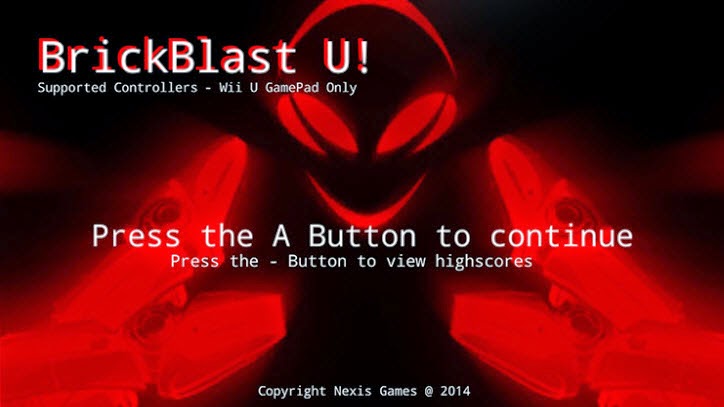 The gameplay itself is exactly what you would expect, with bricks occupying the top portion of the screen. Smaller ones go down in a hit, larger ones require multiple hits or special abilities like the lasers or the flaming ball modifier to take them out more quickly. This familiarity makes for an easy learning curve, which is good since there is no introduction or tutorial explaining what different power items are. The only way to know what a nuke does, or how the -1 icon impacts you is by picking them up.

The presentation feels like there is sort of a techno vibe, with the vibrantly colored bricks and electronic music. The idea is cool, but when there are much more visually interesting brick breaking games on the market like Magic Orbz, the visuals for BrickBlast U! just feel dull and lifeless. Nothing is inherently broken, but with a bar set this low on what should be a fairly simple game, it just feels as though BrickBlast U! still misses the mark more often than not.

Unfortunately, those two adjectives can be used to describe the overall experience: dull and lifeless. This feels like a really early attempt at completing a game and getting it to market with a team of maybe one or two people. It is awesome to see smaller indie teams better able to see their ideas coming to market for consoles, but at the end of the day BrickBlast U! is the type of game that would have felt bland and dated three console generations ago, let alone on the current one. The keys to a successful brick breaking game include responsive controls, fast and fun gameplay and a variety of fun power-ups. The latter comes closest to fulfilling those goals, and even that falls short of the mark.