Top-down, turn-based RPGs may not draw the kind of attention that many of the more popular action-oriented ones like Skyrim or Dragon Age do, but that does not mean that they should be forgotten. Divinity: Original Sin shows that this genre of thoughtful, narrative-driven RPG can still impress when this kind of loving effort is put into it. The end result? The best RPG to date in 2014. 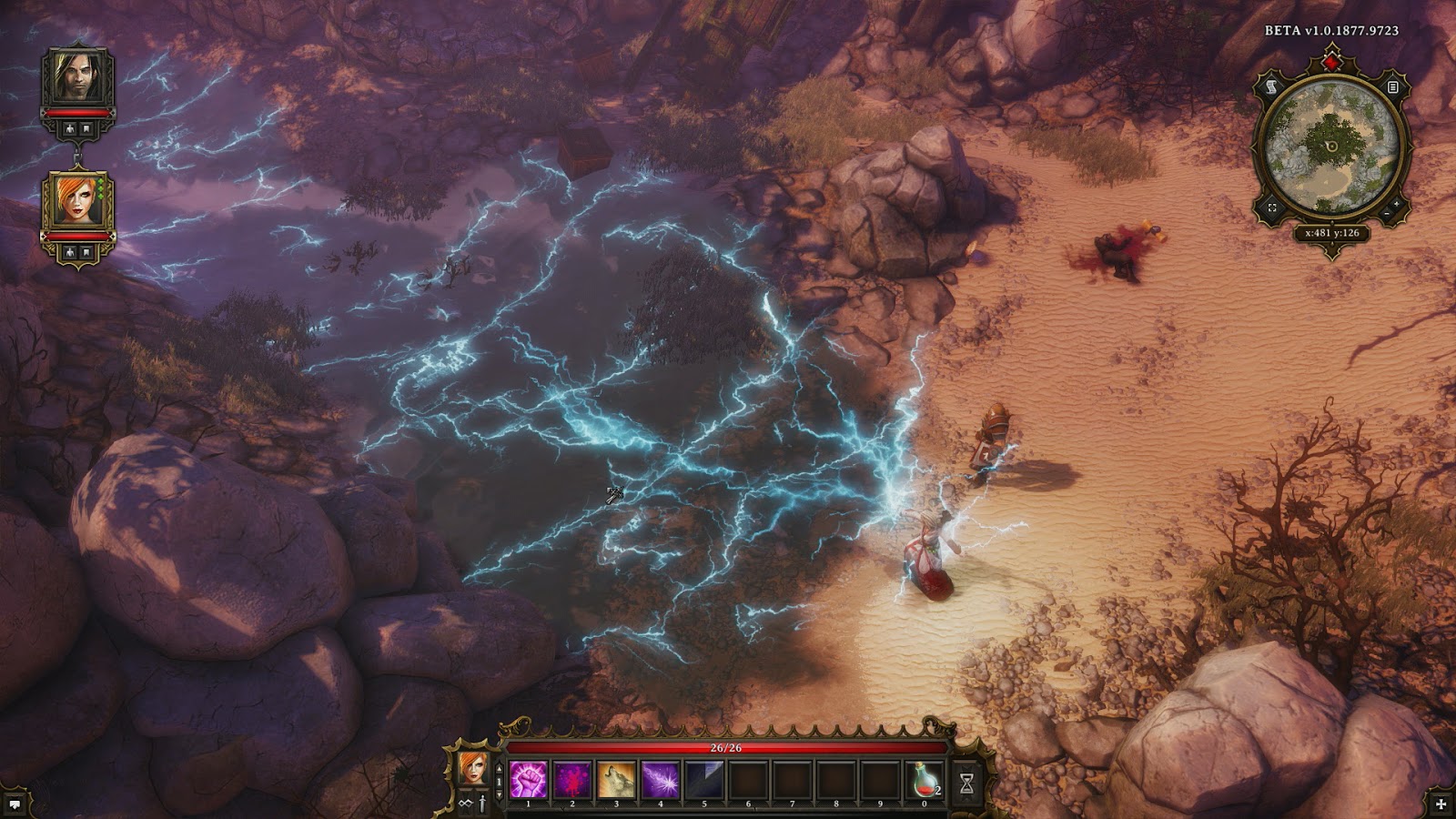 Almost immediately, there is a sense that attention to detail will help Divinity: Original Sin stand out from other games. The creation system feels thoughtful while not being overly dense with customization options that it feels daunting. The ability to customize and create two characters for your party is almost immediately gratifying when they work together and start to converse with one another. Even better, if you have a friend you would like to play the game cooperatively with, the experience can be shared by both of you, and it is indeed worth sharing.

The world feels completely open, even from the very beginning as Larian Studios carefully walks you through their tutorial, demonstrating how certain keys and commands are used both in exploration and combat. See skeletons standing in a puddle of oil? Use your stealth to creep over to a nearby candle that you can toss into the oil and destroy them without dirtying your sword. Interact with the environment to solve puzzles ranging from pressure switches to hidden doors? Check. Encounter drunken guards and have the option to let them haul you off to a wizard or stubbornly strike them down? The choice is yours.

Divinity: Original Sin feels like a throwback to the older Dungeons & Dragons titles like Neverwinter Nights or Baldur’s Gate. Choices have weight, characters can grow and be developed in a variety of ways, excellent turn-based combat with a wide array of options – doing this and more just as well as almost any other similar RPG on the market, if not better. The story and dialogue help to keep the game interesting, with less of a ‘save the world’ feel, yet something that still feels rooted and important as your delve deeper into what Divinity: Original Sin has to offer. 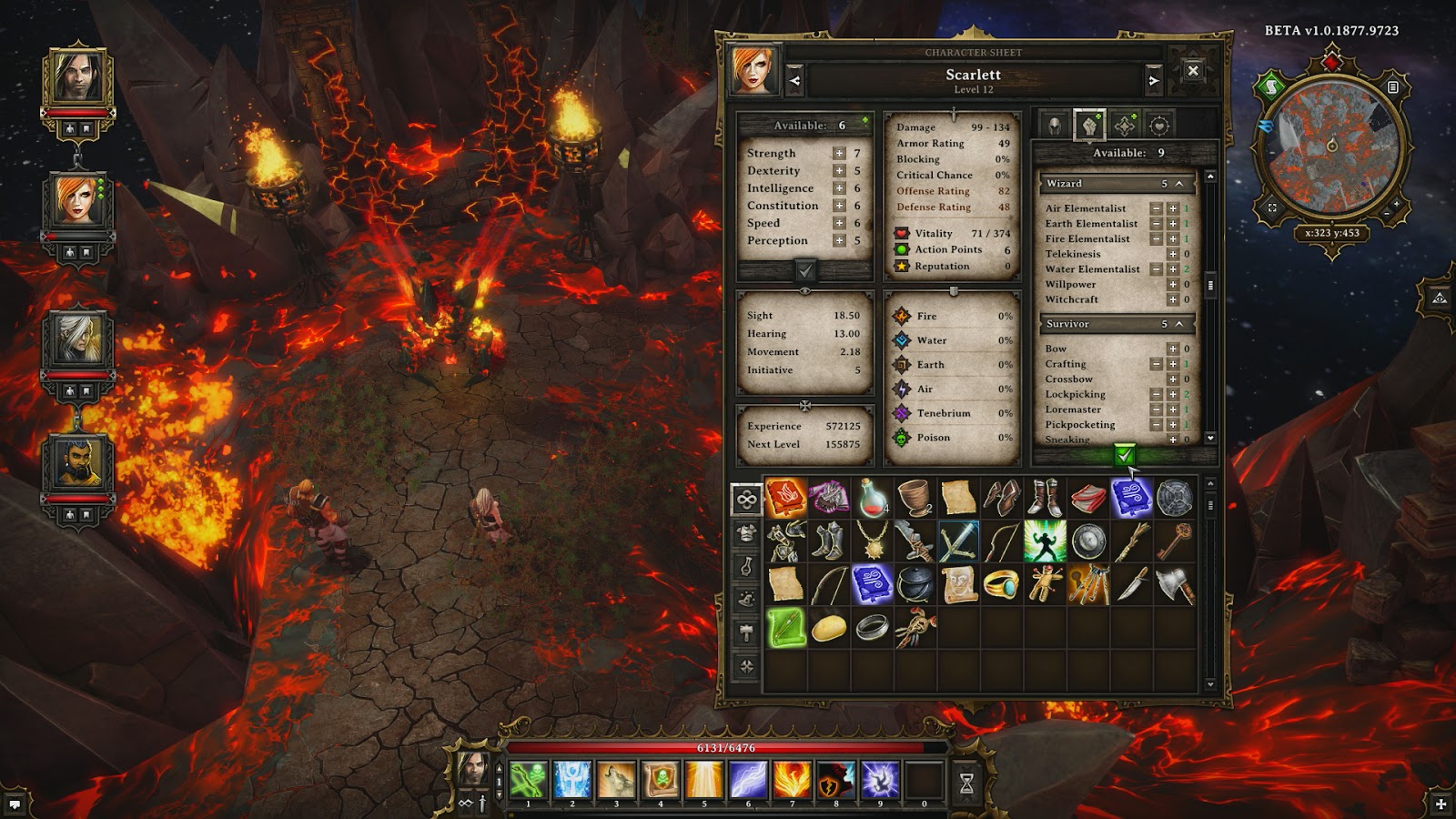 On many occasions, Divinity: Original Sin also shows off a splendid sense of humor. One specific example is in how sneaking works. Watching my character pull on an environmentally appropriate disguise (a rock in a cavern, or a bush in the forest – though I have no idea where he was hiding said costume) and strut around made me laugh as I recalled the silly image of Snake walking around with a box over his head unnoticed in Metal Gear. General conversations are well and good, but the two leads often play off of one another well. I created quite an ‘odd couple’, with my often violence-first warrior Chalgyr having a different approach to things than my equally strong-willed but gentler healer Myleigh.That the game gives you an opportunity to create such an interesting dynamic between your characters really harkens back to the old days of tabletop gaming.

Not only is the dialogue convincingly acted, but there is certainly more variety in the world’s sound effects than you often hear in an RPG title. Characters wander about, muttering to themselves as other ambient sounds play as you draw near. The music is beautifully composed, and while it might be written off by some as ‘typical fantasy fare’, it suits the mood whether you are exploring a shoreline, visiting a village or entering battle.

While on the topic of presentation values, the visuals are also worth noting. There is a high level of detail in the environments, with beautiful water along the shorelines and convincing effects from spells and traps. If I have two complaints, they are in the control aspect. Sometimes clicking on your desired target in combat can be a bit tricky – especially if one of your characters happens to be standing in the way. This would be easier to mitigate if spinning/rotating the screen was just a bit easier, but instead of relying on a click/hold of the right mouse button, you use the center button/scroll wheel and hold it down. Even then, the swivel only turns about 180 degrees instead of a full 360, which can still somewhat limit your field of vision. 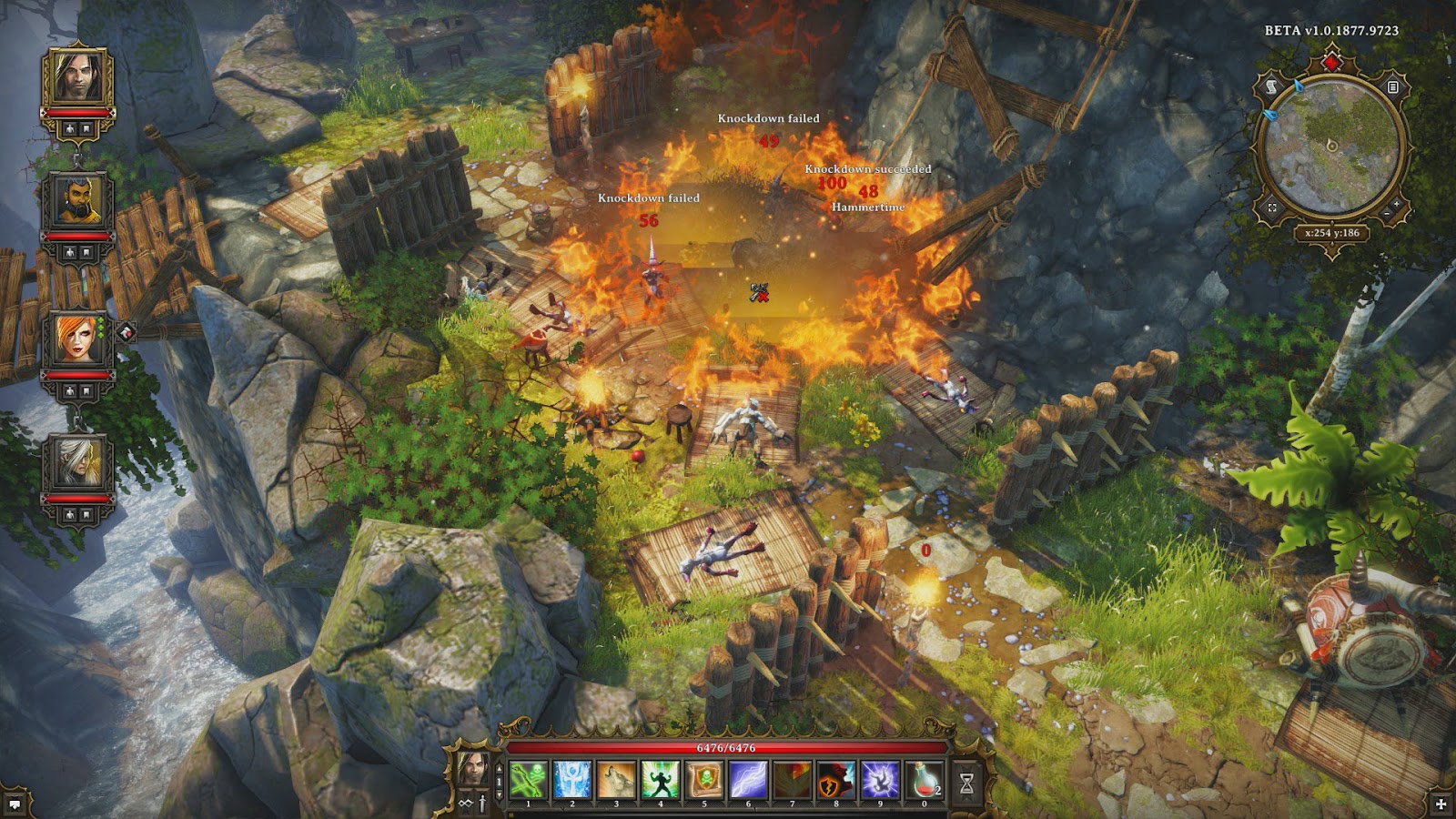 Divinity: Original Sin is all about actions and consequences, however. There are usually multiple ways to approach any situation. A good example was in my handling of the drunken guards, but there are often multiple ways to handle an environmental puzzle as well. You can use fire to burn away a cloud of poisoned smoke. This fire can come from something already burning in the environment, a flaming arrow from an archer or a spell either already known by a spellcaster or through the use of a scroll. The elements and how to manipulate them show up through the environment, such as electrifying a cloud, using barrels of water to put out a raging fire and more. Even handling treasure chests can depend on your style. If it is locked, and you have a rogue and lock picks, you can attempt to open it with finesse. Of course, you can batter the chest apart too, but that takes a toll on your weapon’s durability, which could then cause it to break and leave you weaponless in battle later.

I was not a big fan of Divinity II: Ego Draconis, so this is not a series I necessarily gravitate towards. I feel that this makes what Divinity: Original Sin has done so much more impressive. Larian Studios feels as though they have found a new direction to take this franchise, and it has plenty of room to grow and improve upon in the future, while still being a compelling offering here and now. Not just an early contender for RPG game of the year, but the current leader in 2014.