Certainly with a title like Farming Simulator, right off of the bat a person’s interest may diminish right away. Flight Simulator. Combat Simulator. Football Simulator. Generally speaking people play simulator games in an attempt to experience something they might not be capable of in real life. So while flying an air plane, laying siege to a castle or playing running back might seem more exciting than tending crops or gathering milk from cows, the goal is still basically the same: provide an experience for someone they might not normally have access to in their daily lives. Farming Simulator 14 tries gamely, but misses the mark in a few key places that keep it from being as much fun as it might have been. 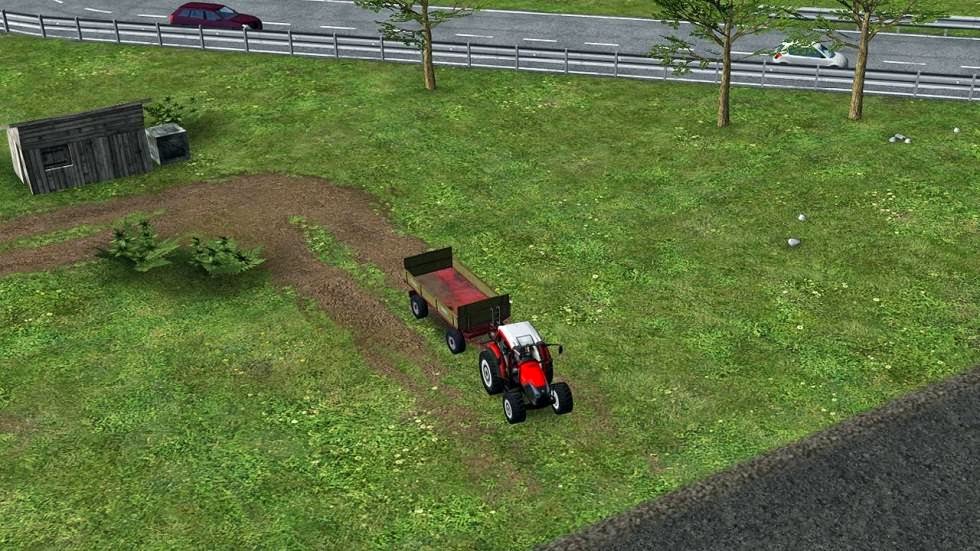 Working on a farm is hard work. Whether you are baling hay, feeding sheep or riding a combine until your back hurts, there should be no mistake that a lot of effort goes into running a successful farm, something my grandfather did most of my life growing up. There was fun to be had on the farm, whether it was spending time with the animals, chewing on whole spearmint leaves while playing or simply enjoying a meal that was truly home cooked and prepared, I have a lot of fond memories of time spent on that farm.

Those kinds of things help to offset the hours of hot, hard work in my memory, but unfortunately Farming Simulator 14 fails to provide those bits of extra that make the game more of a memorable experience and less of a chore. There are plenty of solid aspects to Farming Simulator 14, such as the detailed machine visuals and sound, simplified controls, large expanses of lands that you can perform a good variety of jobs on and some streamlined options like hiring workers for a small fee to do the more menial work you may not want to do any longer.

The overall flow of the game is to develop crops that you can sell or use to improve your livestock (which in turn also provides a crop, such as milk from cows). The greater the variety you have to take to market, the more money you will have for unlocking new equipment, hiring help and thereby expanding the field of play. 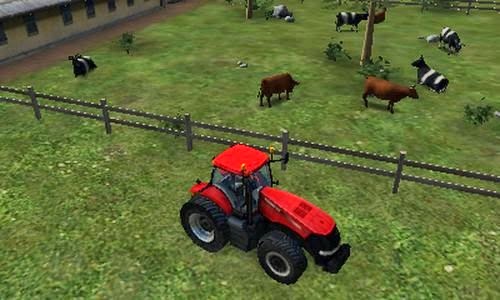 In theory, this is a great foundation for a simulation game. Certainly it is not as creative as a 4X space strategy game or as exciting as a fire person flight simulator, but the basics are in place and people buying a title called Farming Simulator should have a pretty good idea of what they are getting. The biggest issue is that while this feels like a solid foundation, Farming Simulator 14 never really aspires to be much more than this. Some sort of a story mode, some sort of interaction with other farms or people, something to add a level of engagement or reason to care beyond the basics of gathering, selling and restarting the cycle would have gone a very long ways toward giving Farming Simulator 14 more of a purpose, and in the end – more of a reason for people to play it.

It does not help matters that Farming Simulator has a somewhat steep initial learning curve. There are tutorial items that pop up on the screen whenever you attempt to engage in a new activity in a new vehicle, but you absolutely should read the instructions that come with the game, because Farming Simulator 14 itself will provide little to no guidance in the early going. There is a distinct order of operation that should be applied to how to handle the plots of land, and while I do not think a game should hold your hand through the entire process, a little more nudging in the right direction might have been useful in this case.

At the end of the day, Farming Simulator 14 is a game more for the sake of simulation and offers really very little reason to become invested in it for a long period of time. The upgrades early on do give a nice sense of progression and the need for variety shows up in the market aspect of the game, likely appealing to strategy gamers that like to build and grow and improve upon things. If you are hoping for a little more incentive to stay involved, whether it be some sort of a campaign mode or characters to interact with, Farming Simulator 14 will likely leave you disappointed.