comments Share
You are reading
Forza Motorsport 5: Racing Game of the Year Edition – Xbox One Review

For those of you that have been living under a rock, the Forza franchise is a staple Xbox title and prime opponent to the Gran Turismo line of racing simulators. Since the initial release many years ago, Forza has maintained a dominate place in racing fans’ hearts, giving Microsoft’s consoles a much needed racing simulator. Forza Motorsport 5, as an Xbox One launch title, aims to bring the racing simulation series to the next generation of consoles with an amazing array of cars, tracks, and a new feature called Drivatars. While initially a bit of a joke, the Drivatar is serious business and it brings into play the first truly next-gen feature; unique AI opponents that are based on actual gamers. The “Racing Game of the Year” package is the full game as well as all released DLC packs, including an exclusive Top Gear content pack, adding a good dozen or two vehicles as well as a a number of astonishingly beautiful tracks. 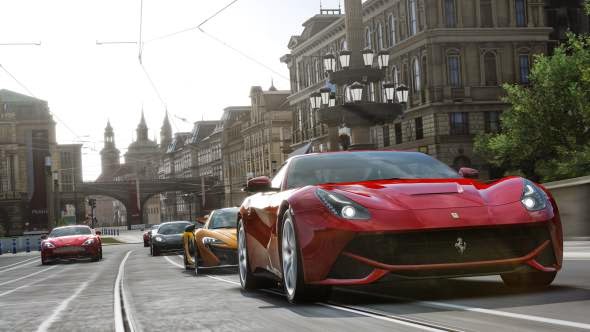 The Drivatar is a way to make each and every race unique and full of unexpected challenges, the question though, is whether the Drivatar, updated graphics, and higher framerate of Forza Motorsports 5 is bringing us truly to the next generation of racing.

Forza Motorsport 5 is stunning. Every single track is meticulously detailed, down to the last tree, bump in the road, and grain of gravel each location is gorgeous. Forza is not about the tracks though, as the tracks look second-rate next to the cars. Now, that is not to say the tracks are poor, no, they are so realistic it is uncanny. The cars though, oh my the cars! Each and every one of the cars is so detailed you will have issues distinguishing the real thing from a model in Forza 5. The interiors are all modeled after their real life counterparts so each model is unique and looks exactly the same as it would in real life. On top of models and textures that are literally out of this world, the lighting is absolutely stunning, providing just the right amount of glare and realism that you will want a pair of sunglasses at times. 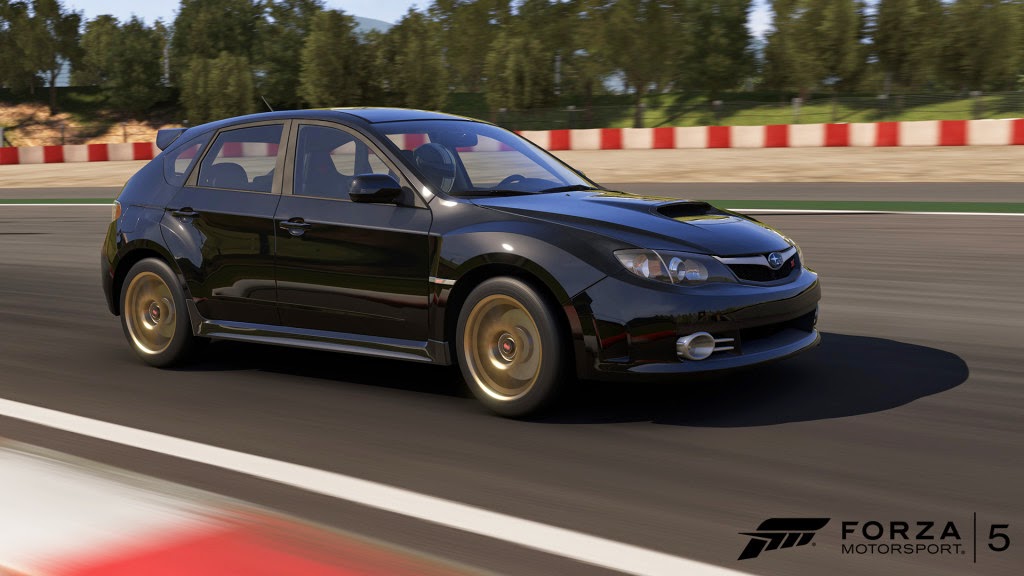 Forza Motorsport 5 is more than just pretty graphics and a splendid addition to the gorgeous visuals is the audio. I’ll start first with the narrators. One is a female and she is amazing as she narrates the majority of the game’s menus and tooltips, providing a very nice sounding voice track. The real winner is who Turn 10 hired to narrate the circuit introductions, as he is pretty large in the auto-enthusiast’s world. None other than Top Gear’s Jeremy Clarkson. As soon as I heard the deep, British accent a big grin appeared on my face as I thought “Who better to talk cars, than Jeremy Clarkson, star of Top Gear!” Along with the phenomenal voice acting, every single vehicle sounds just like it would in real life. Coupled with some high quality speakers and you will be sucked right into the game and will not want to leave.

While Forza Motorsports 5 is a gorgeous affair, it is a racing game. Turn 10 introduced a feature called the Drivatar, which I mentioned earlier, and while it is a very cool feature, I did experience some rather blatant issues. First and foremost I would like to explain why I see a particular issue with the Drivatar. While racing it is pretty common to periodically slide off, or drive opponents off the pavement into the grass/gravel, things like this happen in real life races as well. However, when you or the opponent hits the grass, your car will suddenly stop (or slow to 20MPH); this is as far from realistic as one can get, as I know from personal experience that a vehicle moving 50+ MPH and running over grass … simply continues on at 50+ MPH, though traction is lost in a wild and crazy fashion. I have no clue why Turn 10 would feel that driving onto “pit lanes” or grass would suddenly make your car act like it was driving through the ocean rather than how it would really work. 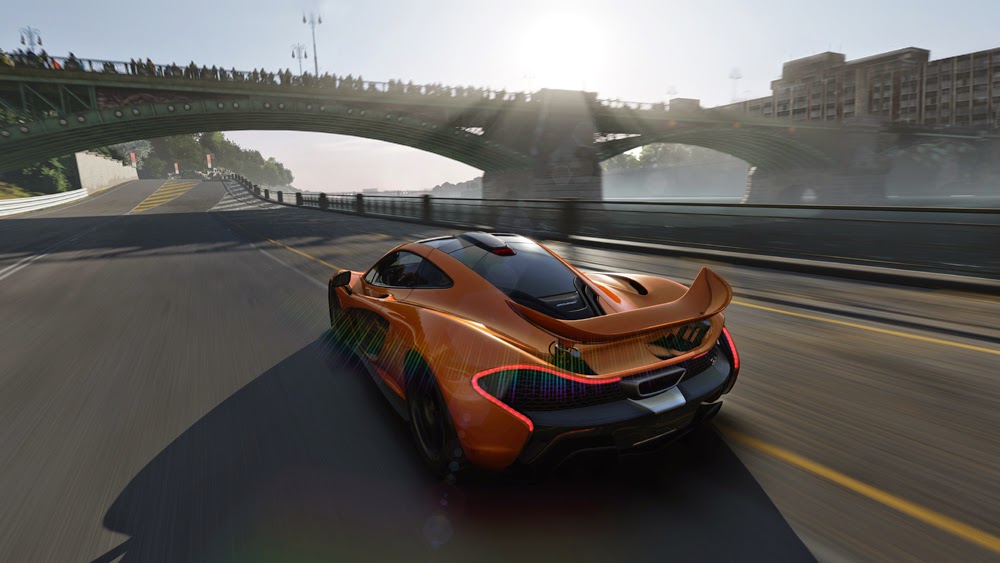 Now the Drivatar has to be some sort of crazy mathematical voodoo to create these persona’s that are based on real people. When you drive one of these Drivatars into the grass (subsequently slowing them down to a crawl), after a few minutes/half a lap they will suddenly receive an inhuman boost in speed and accuracy and will automatically fly to the front. I assume that this is simply the algorithms that make up the Drivatar place the vehicle where is “should” be based on its program. These two factors alone were near enough to break the game for me, so bad was the taste that they left in my mouth. While neat, whatever happened to good ol’ CPU opponents? While it is annoying at times, the Drivatar feature is largely successful and I certain felt like I was playing in a multiplayer match even though I was simply playing a career circuit.

Overall Forza Motorsports 5 Racing Game of the Year is an excellent package containing all of the release content packs that will certainly provide any race enthusiast a great time. Graphically speaking, Forza 5 is outstanding and the level of care put in by Turn 10 to ensure the most minute details of every one of the available cars, was absolutely astonishing. On anyone’s scale, Forza Motorsports 5 will absolutely be amongst the best looking games, period. Outside of some irritating little quirks, the new Drivatar feature seems to work and helps provide an opponent that is far more lifelike. Any Xbox One owner should have Forza Motorosports 5: Racing Game of the Year in their library, as it is a shining example of what it means to be “next-gen.”