Pure Pool is coming out on multiple platforms sooner than later, and they have teased some screenshots and trailer content to tide us over in the meantime.

Many pool simulators have claimed to have cracked the game on console in the past, but VooFoo Studios’ Pure Pool offers fans the greatest reason of all time to pick up a virtual cue – it’s the next best thing to real life pool. Publisher Ripstone exhibited the game last month at E3, and everyone who got to experience it in action felt the effects first hand.

Now the rest of the world can see exactly what was turning heads in LA as a new video is released…
VooFoo Studios has a growing reputation for superior game simulations with stunning hyper real visuals, from Hustle Kings to Pure Chess, and their latest opus raises the bar higher than ever. Launching on PC via Steam, Playstation®4 and Xbox One Pure Pool offers immediately accessible gameplay with high quality visuals and flawless physics, but there’s so much more to it than that.

Join The Cue
Pure Pool is a socially connected game through and through and will immerse you in a bustling virtual pool hall packed with online players, all just itching to get racked up and take you on!  Be it in a one-off head-to-head or as part of one of many global online leagues.

However, the unique Pure DNA profiling feature even gives solo gameplay a social dimension, allowing you to practice your shots against friends in their absence by playing an AI interpretation based on their playing styles. Players will even be able to take on the developers, simply by downloading their DNA profiles – which will be free at launch.

Pure Pool will be available to download soon, but for now just feast your eyes upon what lies in store… and prepare for the most authentic pool experience from the comfort of your couch! 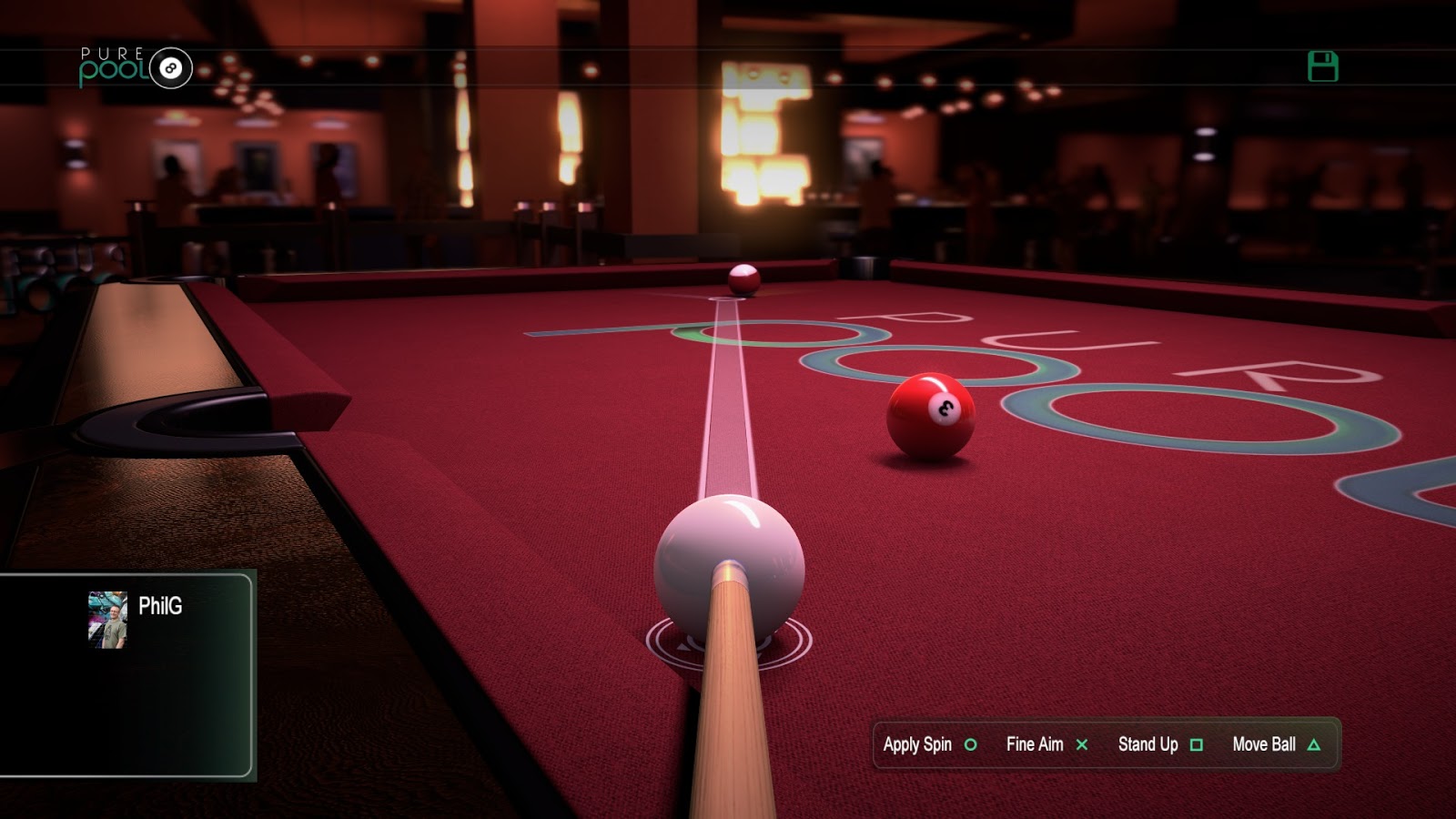 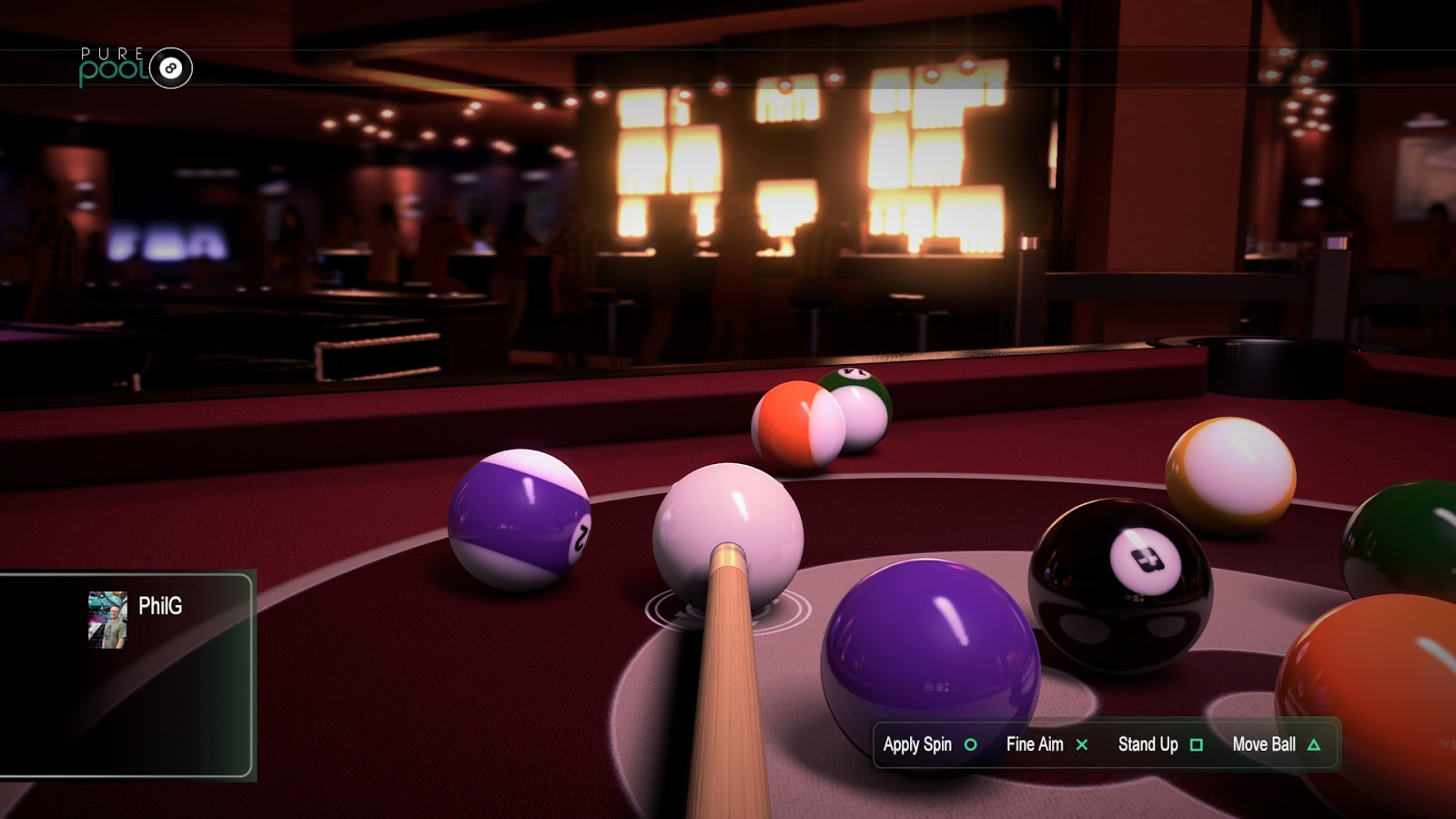 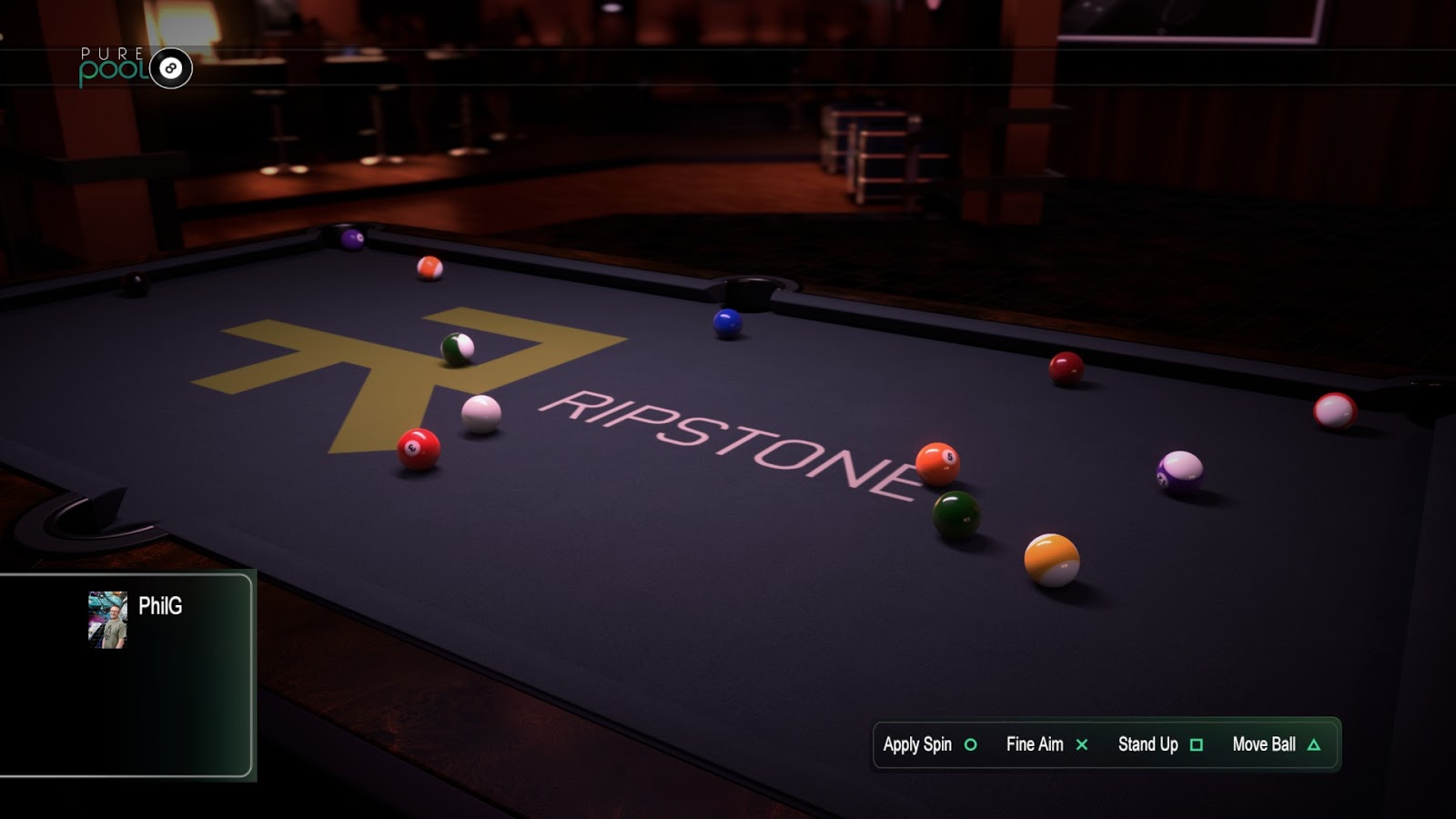 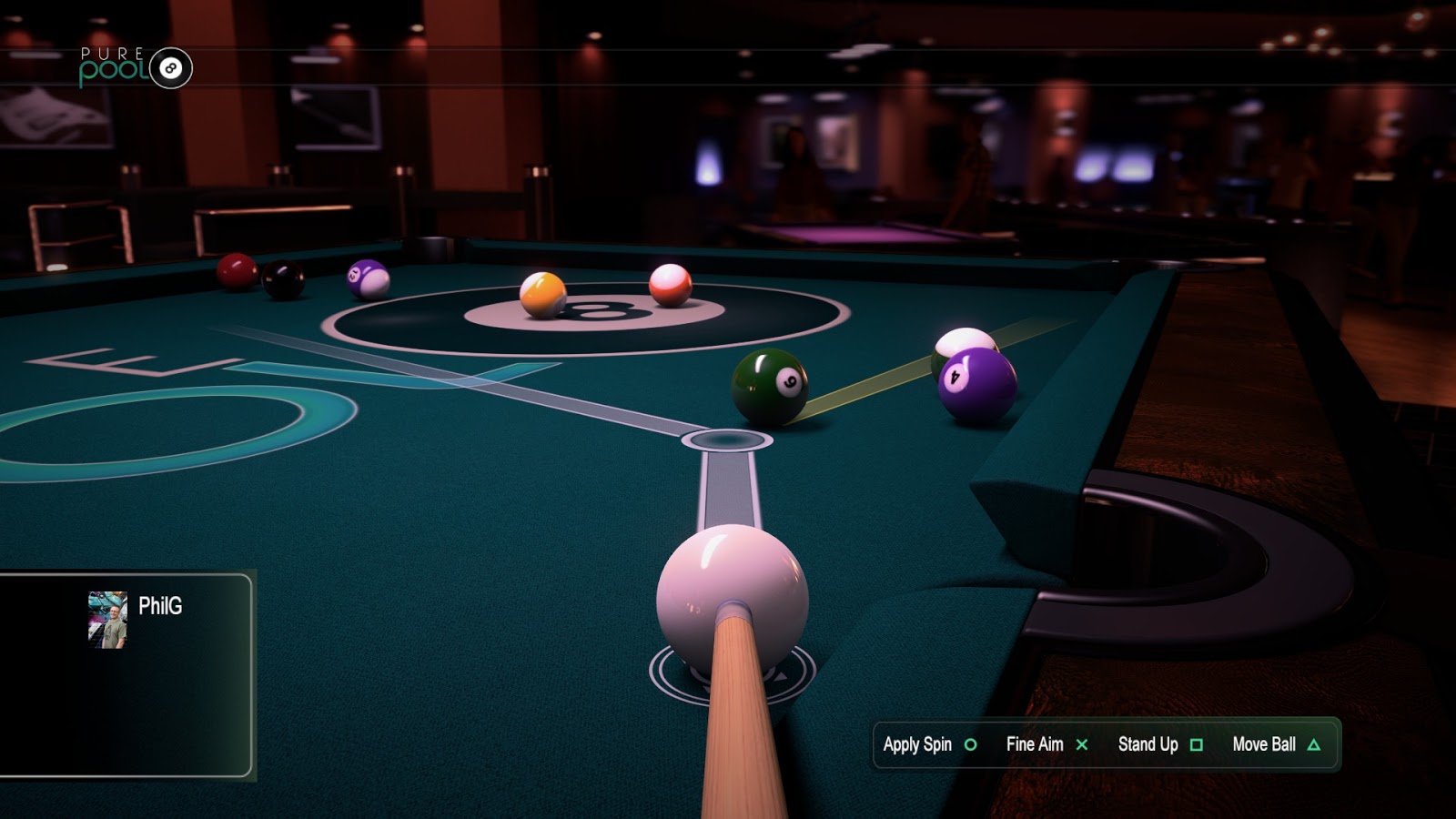 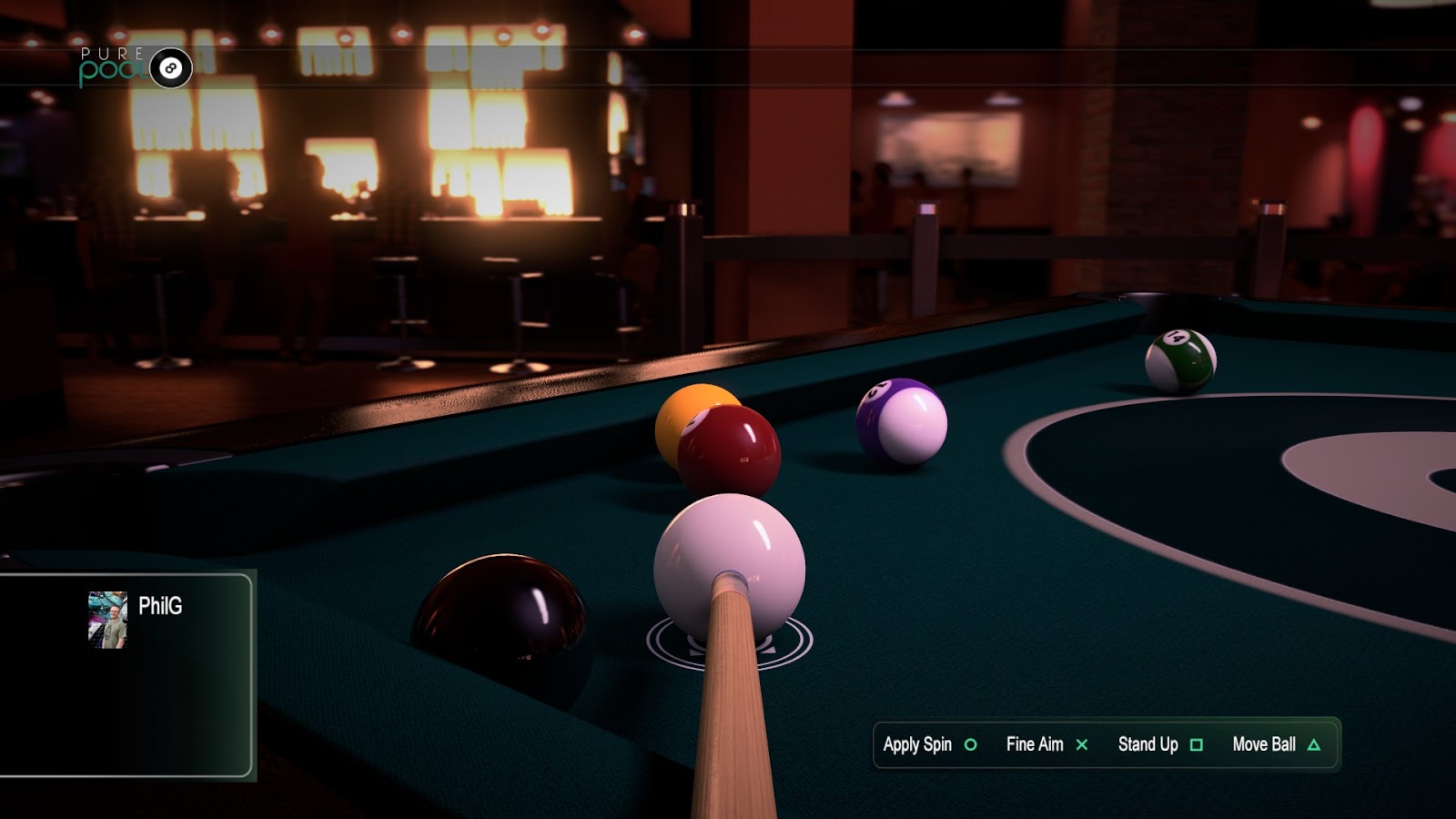