“Lose your mind, eat your crew” is the tagline for this title, from Failbetter Games, and they are not joking when they say it, either! My first character came with an engineer whose eyes were close to hatching.  You heard me, hatching eyeballs. If the notion of your eyeballs holding something that was going to mature, burst out and try to eat your brain fails to make your skin crawl, you clearly have a less vivid imagination than I do! 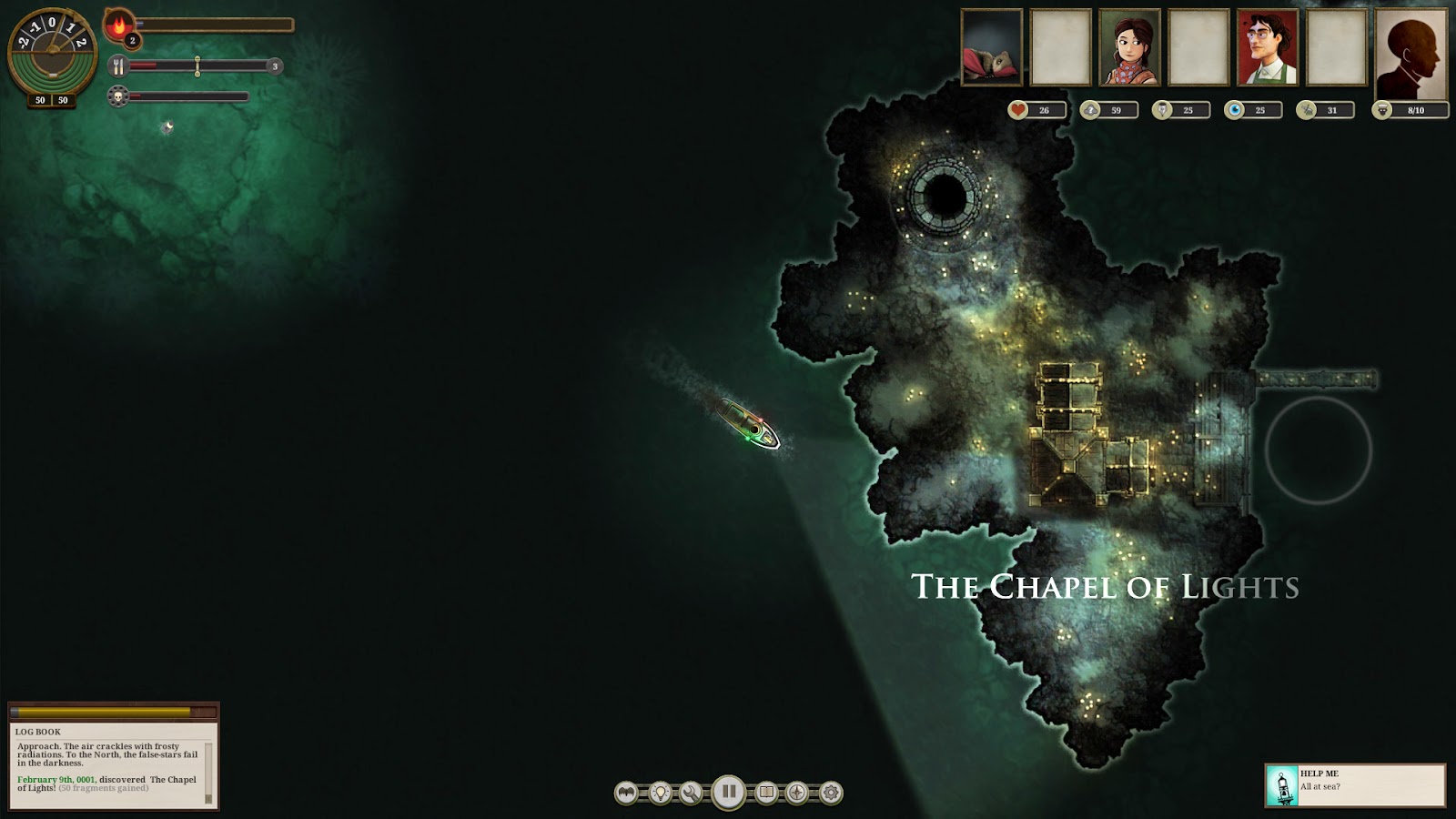 This game feels part survival horror, part roguelike. If FTL: Faster Than Light were underground and had Cthulhu-esque seasoning, it would feel very similar to this game. Perform missions, explore the depths, interact with various denizens, spend points to upgrade your crew, armaments and ship, even take over an enemy ship that you have defeated and sell it off back home in Fallen London. 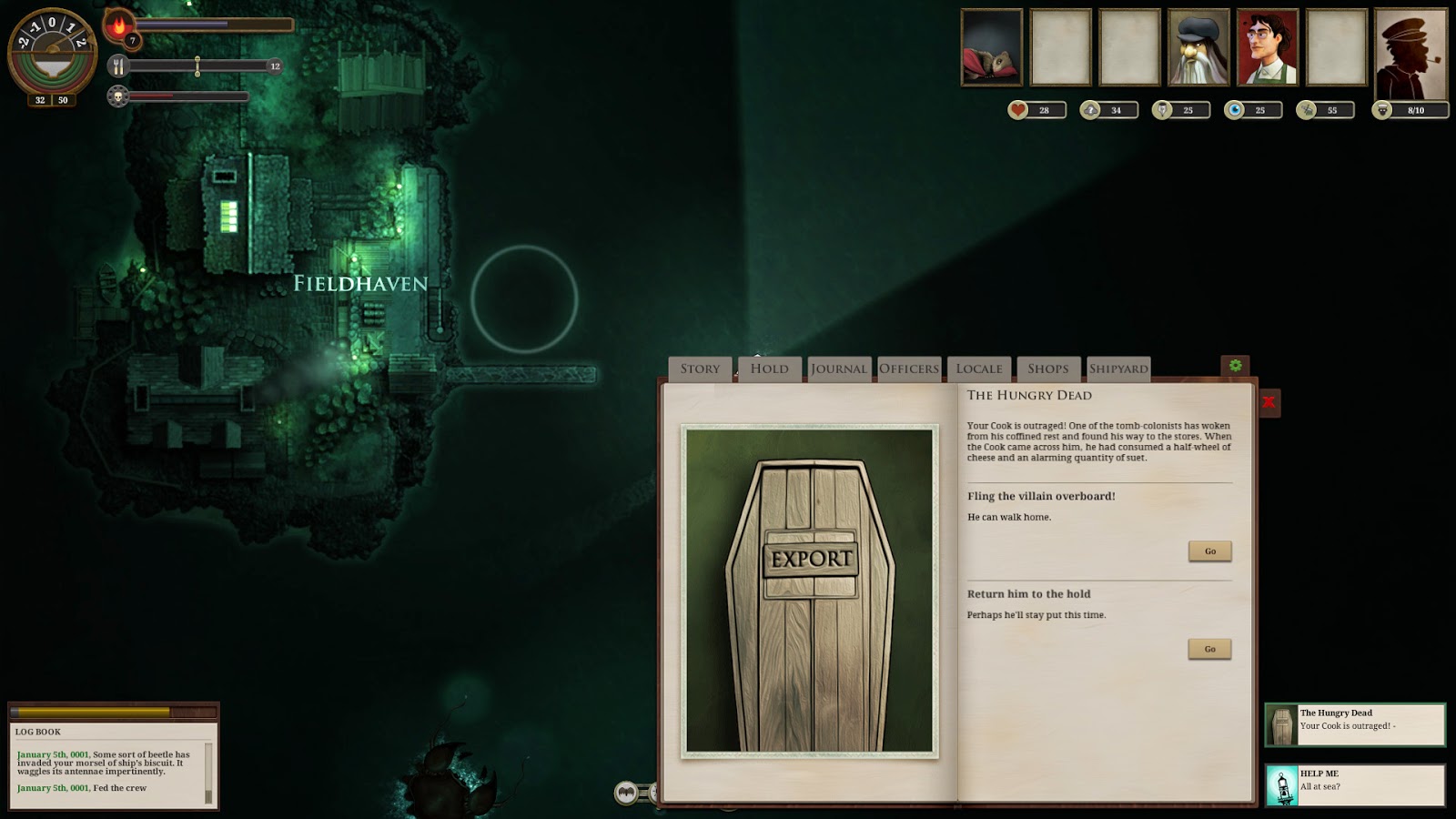 Some of the features:

◾ A deep, compelling world packed with secrets and stories
◾ Beautiful, hand drawn 2D art
◾ Light and dark. Stray too far from the gas-lamps of civilisation and your crew will grow fearful and eventually lose their sanity. But there is treasure out there in the darkness…
◾ Real-time, pausable combat with dozens of different abilities
◾ Leave a legacy! When you die (and you will) your next captain may choose to inherit a skill, a chart of discovered islands or a beloved officer.
◾ Upgrade your steamship with powerful engines, flensing cannons, and pneumatic torpedo guns. Or just buy a bigger, better ship.
◾ Hire unique officers like the Haunted Doctor and the Irrepressible Cannoneer. Each has a story to tell, if you can draw it out of them.
◾ Choose from a menagerie of ship’s mascots: the Comatose Ferret, the Wretched Mog, the Elegiac Cockatoo, and more!
◾ Trade silk and souls, mushroom wine and hallucinogenic honey…
◾ Cross the wide black sea
◾ Find your way home

This game isn’t anywhere close to done, and it already feels great. With more content, options for upgrades, character paths and such, it will be a game with astounding replay value. Boasting excellent writing and alternate events even if all of the same choices are made, fans of branching story lines should find plenty to enjoy. If you liked FTL, you’ll most likely enjoy this, so I suggest you go pre-order and get in on this while development is still underway. It’s Early Access on Steam, so the game is available, but still in active development as more of everything under the sun is poured into it. 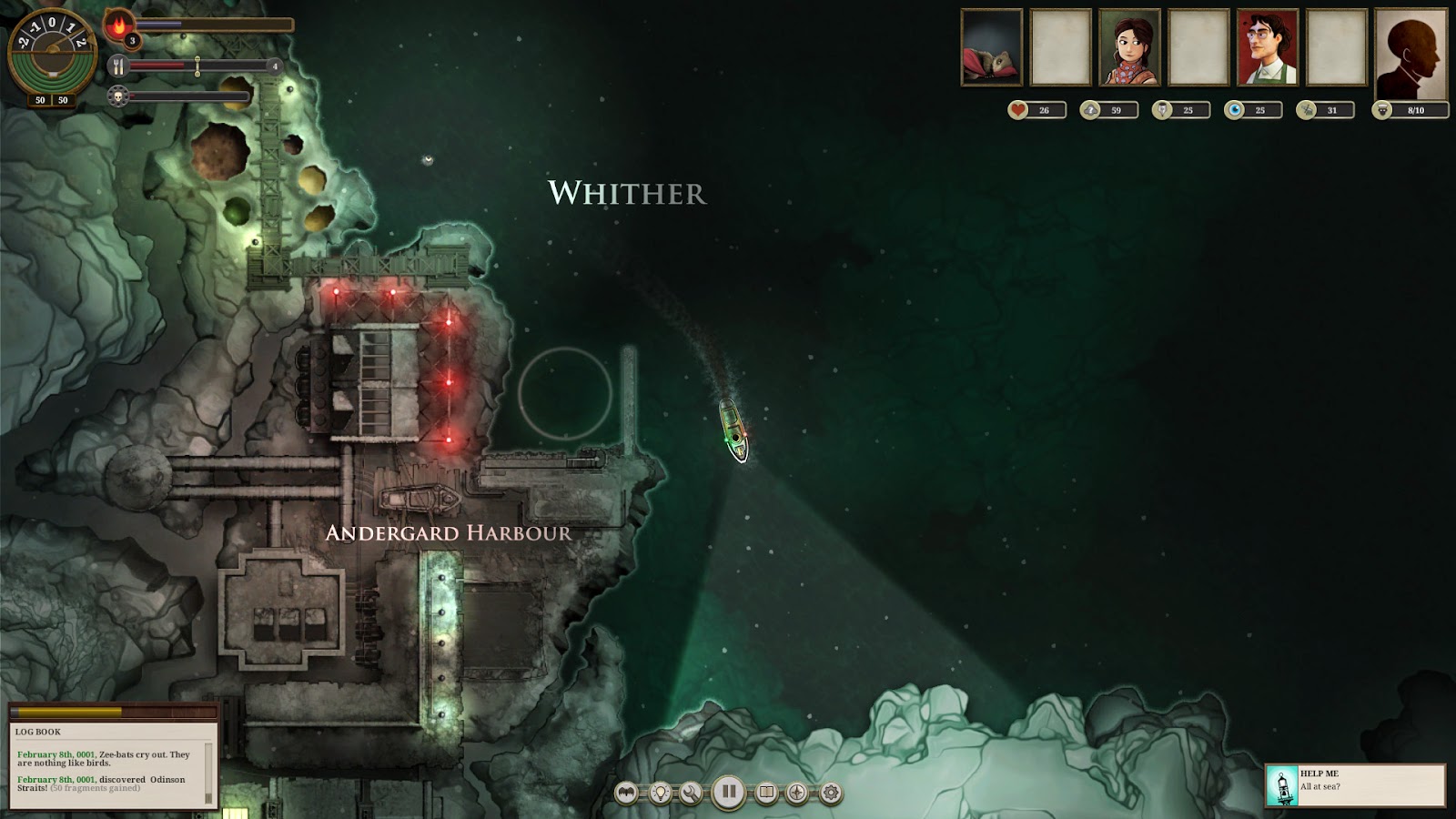