JRPG games are great, excellent even, and build worlds that are almost equal to those in my favorite anime, but it never quite hit that apex. When I first heard of the absurdity of Akiba’s Trip: Undead & Undressed, I was immediately intrigued. Here is a title that takes place in the place of all places, the Akihabara district in Tokyo; anime, manga, and gaming mecca. The one place on this planet that I want to visit before I die, and here is a game that is based solely on shenanigans in Akiba using an art style straight out of a Gonzo series (Welcome to the N.H.K., Kiddy Grade, Chrono Chrusade, Last Exile: Fam, the Silver Wing); it is reported to have RPG like elements, a little bit of visual novel/choose your own adventure gaming, and all taking place in Akiba? Count me in! Count me in! The question though, is whether it holds up to my 20+ year desire to play an anime, read on to find out more. 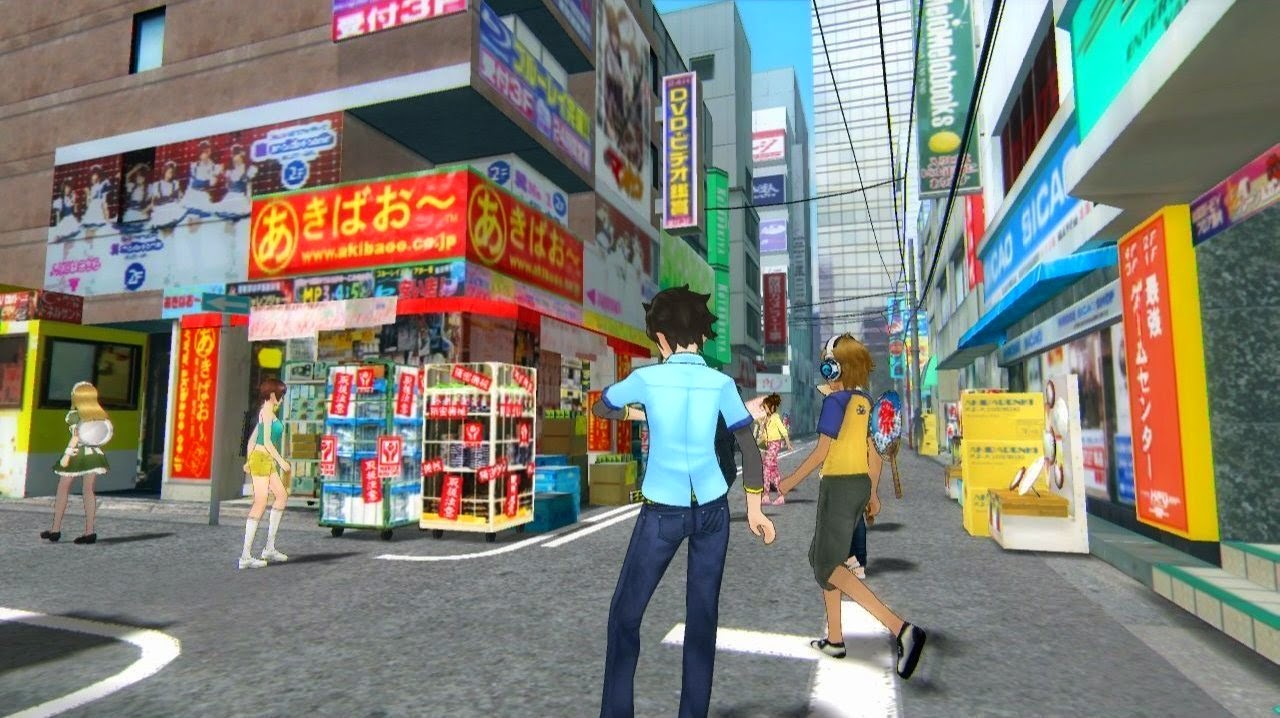 So I am a bit of an anime fan and for as much as I utterly adore video games, I actually get more time in with anime than I do with video games (which is hard to believe with how many games I play and review). My initial introduction to anime would be Harmony Gold’s Robotech series (and even though I love Robotech, it was an abomination compared to Super Dimensional Fortress Macross) back in the 80’s. I mean, come on, jets that looked like F-15 Tomcat that changed into robots that changed into half-jet-half-robot! That was awesome to any kid in those days. So years later, my love of robots and all things explodey growing with the likes of the Mobile Suit Gundam series (especially 0083: Stardust Memory, and 08th MS Team), my older brother, while he was visiting home while on a break at the US Air Force Academy happened to introduce me to two things that I think, changed my life forever.

The first was The Eye of the World Book one of The Wheel of Time by Robert Jordan; the series has been close to my heart ever since and I was devastated when Robert Jordan lost his battle with the Dark One and passed on. Thankfully Brandon Sanderson lovingly finished the series in the most respectful and wonderful way possible; thinking of Brandon’s writing of the final chapters still causes me to seize up. Thank you Brandon. Anyhow; the second item my brother introduced me to was Record of Lodoss War, an absolutely amazing anime that was literally a Dungeon & Dragons campaign in anime form; I have yet to see it’s equal some twenty years later. I was maybe 11 or 12 at the time and since then my love for anime has been feverish; obsessive you could say. When you take this driving urge to take in as much anime as possible and mix it with a burning desire to play video games it is a bit natural to suddenly want to, you know, play an anime. It may be that my personal attraction to the JRPG genre is rooted in this decades old need to play the one thing that seems to have eluded me all this time. 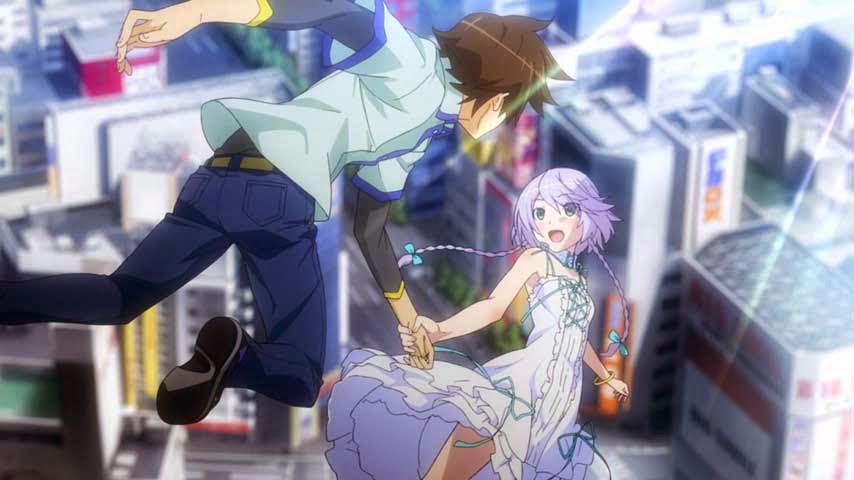 The premise of Akiba’s Trip: Undead & Undressed is something straight out an anime; everything about it screams mass-production, wildly popular shonen anime, and I mean all of that in the best of ways. Akiba’s Trip: Undead & Undressed is about exactly as it sounds, being ‘undead’ (maybe a vampire?) and being ‘undressed’ (well, sort of, though the M rating is well-warranted). An action RPG, Akiba’s Trip places you in the role of a male otaku, though, the more that I got into the game the more I felt he (I left his name as Nanashi) was more of a recovering hikikimori than an otaku. A little tidbit; otaku is a derogatory name nearly everywhere but the United States, and a hikikimori is more of a mental issue and I hate using either term, due to their negative connotations, however I do not know a more ‘common’ way of calling it out.

Essentially you are a massive fan of figurines, anime, manga, video games, etc. and one day you go to an interview for a job that pays in ultra-rare figurines (GunPla for the win!) rather than in money. Needless to say everything goes wrong and you become a Synthister, something of a bullying vampire that prowls a wonderfully recreated version of the technology center of the world, the Akihabara District in Tokyo, or Akiba for short. I will not go into much detail, as I would hate to spoil the game for you, but to keep it simple, a primary focus of Akiba’s Trip is to beat up bad guys (and girls) and strip them of their clothes. Being Synthisters, or vampires, makes them very vulnerable to the sun so how do you kill a vampire in clothes? Well, you take them off. 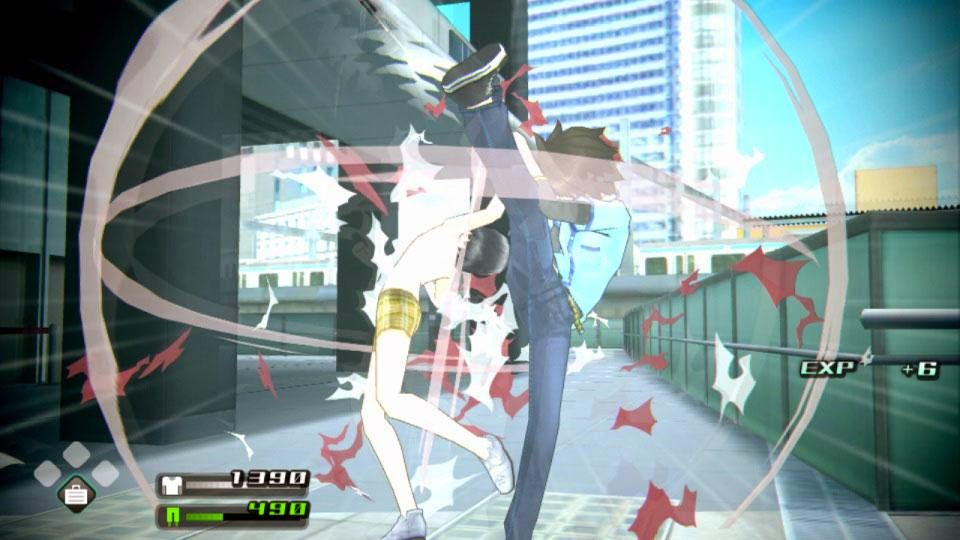 While I am over-simplifying the game by a large margin, this while idea of stripping bad guys to expose them to the sun is so outlandish and perfect that it absolutely has to come from an anime. While it sounds juvenile, the combat mechanics and the way that Akiba’s Trip plays out is actually brilliant, but not because it is a beat-’em-up where stripping is the main goal; oh no, the title is much deeper than that, and far more enjoyable than it sounds, however after a dozen or three hours of fairly basic combat, it can wear on you a bit, but that is okay, because the story, interactions between the characters, art style and audio all make up for it, as I am about to tell you.

Graphically Akiba’s Trip could be taken pane for pane out of an issue of Shonen Jump!; containing classic animation styles that have been around since the mid-to-late 70’s, telltale large and innocent eyes, cute frames, and wild antics are splashed all over this loving tale of weirdness and oddities in Akihabara. From the painted backgrounds to the cell-shading look, Akiba seriously feels like a mainstream anime that you can control, only in 3D while being vibrant and incredibly loud. Character styles are similar to anime such as Last Exile,  Eureka 7, or more recently, Bokura wa Minna Kawaisu (The Kawai Complex Guide to Manors and Hostel Behavior) and each model has a clean, well drawn look and is animated well. 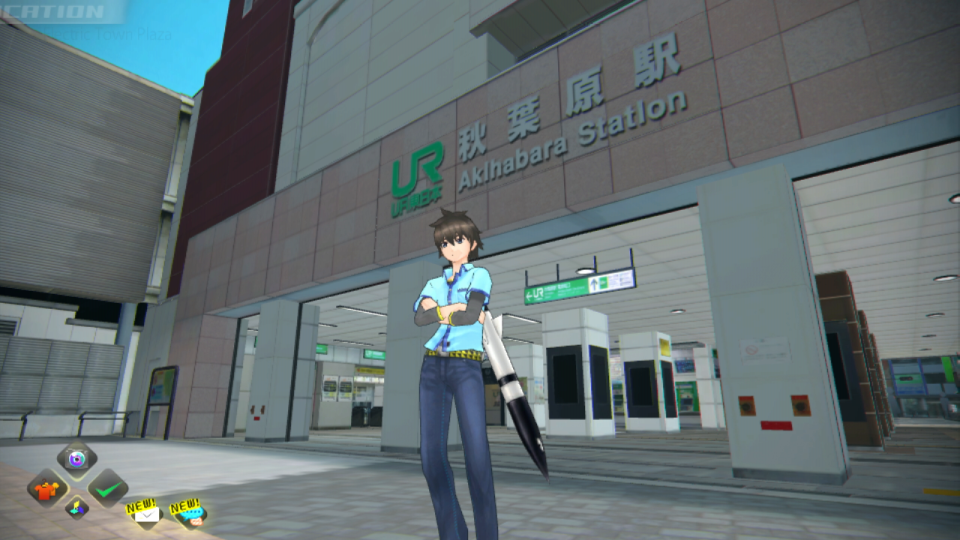 I personally become very attached to characters in anime and manga and the same goes for Akiba’s Trip, as emotions are easily discernible and even though it is about as far from photorealism as you can get, Akiba’s art style humanizes the characters far more than other more ‘realistic’ games. While on the subject of ‘realism,’ Akiba’s Trip: Undead & Undressed pairs amazing emotional cues with some of the best English dubbing I have seen outside of a Tales or Final Fantasy game. On the other hand, XSEED is rapidly becoming, in my opinion, the best (if they are not already) localization team on the planet. The quality of their translation and the talent that they get a hold of (as in The Legend of Heroes: Trails in the Sky) is unheard of and speaks volumes to the quality of games that they bring us. I cannot speak highly enough of the work that they do nor of the talent they hire; simply amazing. On top of the wonderful English dubbing, the seiyū are amazing and deserve high praise for retaining the heart, soul, and traditions of the highest calibre of acting possible. If there is one thing that I can impart on anyone that reads this article, it is that these seiyū and English Dubbers are more than just folks reading a script; they are living he games that you are playing and it shows in a big way.

While some aspects, like combat, are a bit lackluster and repetitive, often feeling like it is missing just that secret something, Akiba’s Trip: Undead & Undressed actually allowed me to realize a dream I have had for the better part of two decades. I truly feel like I am “playing an anime” at times and it is such a wonderful feeling, to be realizing a dream no matter how big or small. From the banter and relationship building that happens to the hilariously far out (and wonderfully special) plot and story line, nearly ever aspect of Akiba’s Trip had me clamoring for more as I played out my love of anime and video games. While not perfect, Akiba’s Trip touched me which is the best than any developer or writer can ever hope for; to have an impact on its audience. Akiba’s Trip: Undead & Undressed certainly affected me and I strongly recommend that you take the time to wonder the hallowed streets of Akihabara; you will not be sorry.