Thanks to an awesome Editor-in-Chief (editor’s note: Yeah, he’s a pretty good guy 🙂 ) I recently got to play Destiny on the PS4 during its early and limited beta stage, and instead of writing a preview this is more of my impression of my time with it. Destiny is not only the latest, but also the first game that Bungie has done in a little while since releasing my favorite of the Halo series, the prequel Reach (I have played 343’s Halo 4 but Reach was awesome!). While I may generally be an RPG/SRPG kind of guy with a love for platformers, I do love a good shooter every now and then especially when RPG elements are intertwined. 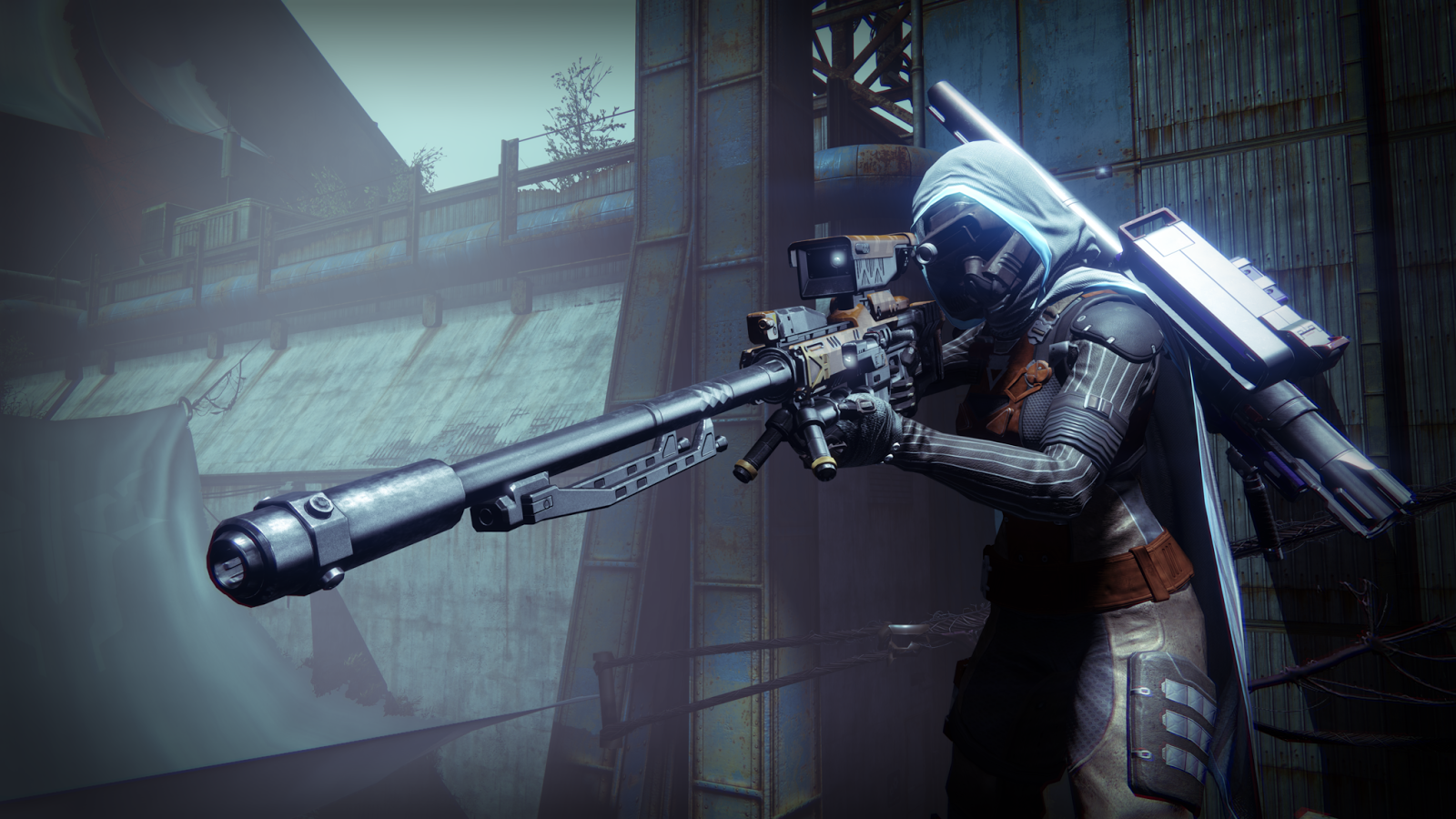 Destiny plays and feels like something familiar but brand new all at the same time. The familiarity comes from playing a well crafted shooter with smooth movements, swift shooting, reloading, aiming and zooming systems with various weapon types that we’ve come to expect from Bungie. Destiny handled rather well from the transitions of cutscenes to gameplay and back again. Bungie had a note saying that there would possibly be some form of lag, but I never experienced this either because there weren’t all that many people on at the times that I managed to log in or because I do have a decent internet connection.

Where Destiny felt a bit different is that the environments felt alive more than just being various hills and backdrops. I’ll be honest that I’m not sure why they felt this way but compared to a lot of other experiences it just seemed more naturally sculpted. Starting off Destiny shows off part of the world and what it would look like if it were to be left to the elements without human interactions and like the post Zombie Apocalypse world of the Walking Dead, it was freaking creepy at times. This especially happens when going through underground tunnels and your light doesn’t illuminate as far as you personally would wish. Reading lots of Science Fiction and Fantasy, not to mention having an overactive imagination which can run away with itself at times, I can be more than scared of the real dark of being out in the country sides or the basement when the power goes out. Destiny felt like it could capture those elements quite well as you explore the darker areas and jump at every passing shadow.

Now while I wish I could say that I got to play more than one class, my time was spent playing the Titan in which I had more than enough fun playing. Having started off with an assault rifle, I thought to move over to something with a lot more range to take out the enemies between me and my goal. As much fun as it was to pick off enemies at a distance before they really know what hit them though, running right up into them and throwing a right hook to then using the jetpack to move above onto a ledge and then rain fire and grenades from above was more than satisfying. Making these situations all the more satisfying was being able to take enemy fire and not falls right away making me actually feel like a Titan… just not the Attack of Titan kind. That would have broken the game. Destiny does not use a cover system which I honestly did not miss as it keeps the pace of combat much faster and fluid as you can only crouch or run away while your health restores itself leaving no lulls as everyone hides behind cover waiting for the other to make a move. 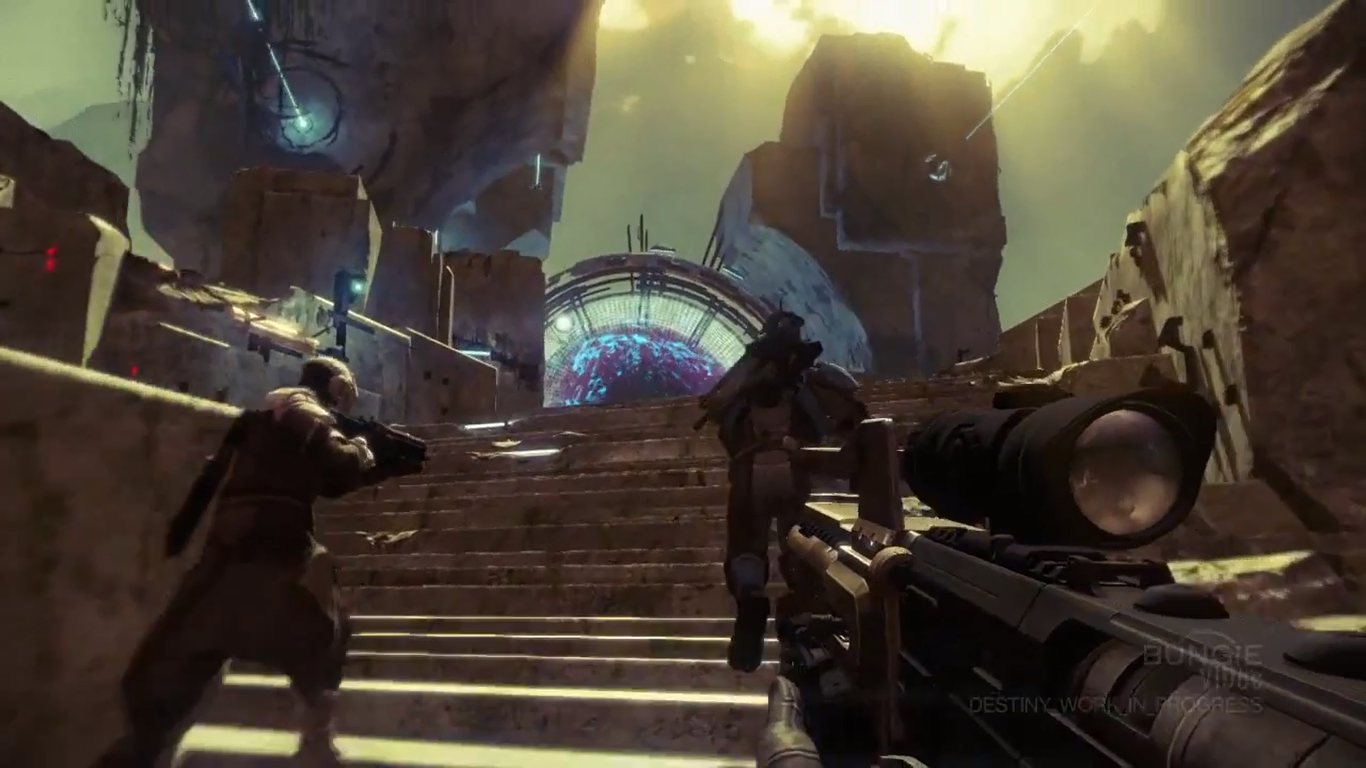 Targeting, as with as any shooter, can require not only a bit of getting used to but also some adjustment in regards to the sensitivity to get that proper feeling that is unique per person. Once you’ve found your proper settings however and learn the feedback of certain weapons (which was awesome that there was different feedback per weapon type) Destiny runs rather smoothly. Each weapon type has its time and place making it important enough to make sure that you have the proper loadout equipped before diving headlong into the enemy. In the end, while yes the shotgun was extremely powerful, I preferred to have an assault rifle which played better to my apparent middle ranged style that I developed over the course of my play through. My brother still hates playing Halo with me as I use him as my safe spawn point while in Gears I pick up the long range and play it quite safe.

I wish I could have commented how how smoothly it went when playing with two others as part of a group but sadly my friends all managed to somehow play in all the hours that I wasn’t around once they ended up finding their own ways into the BETA. That being said though, Destiny is NOT an MMO, but it really is a single player game that allows for coop and in ways feels more like Guild Wars in the sense that players all share the same “overworld” but different instances for all the story segments. 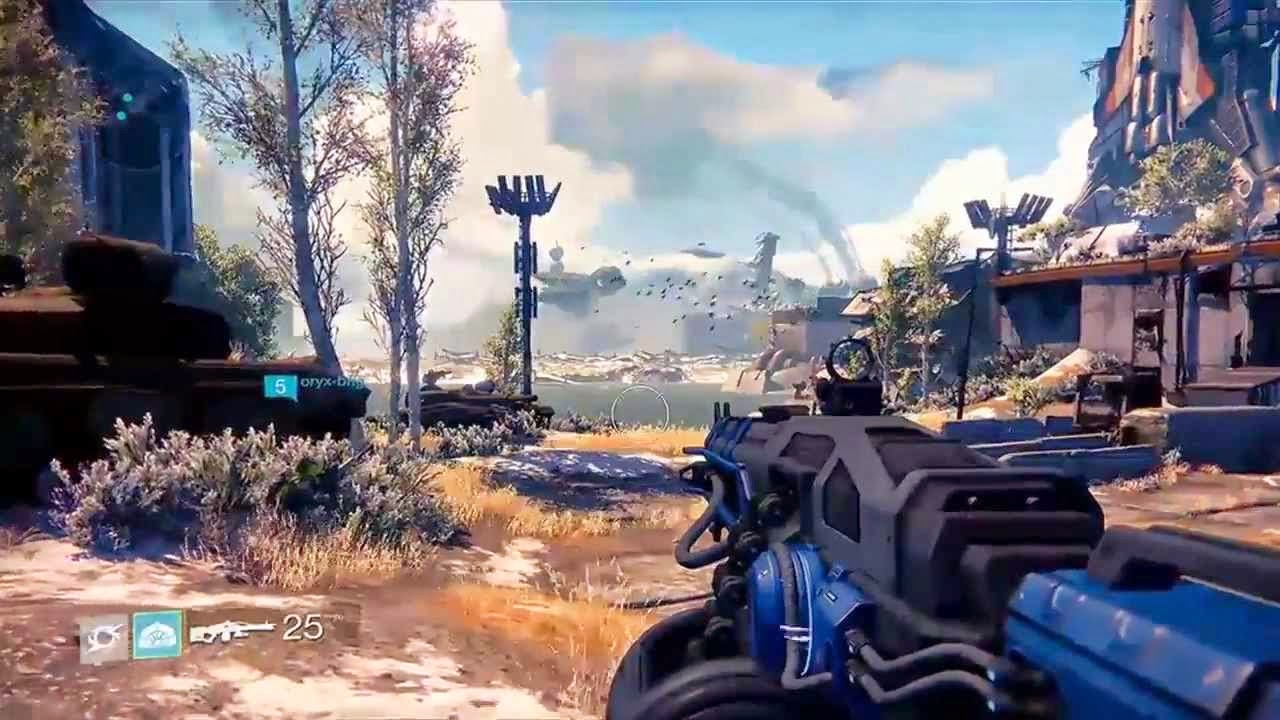 Now the one thing that… bugged me? about Destiny was that while up in the tower, the first person turns into a third person view. That third person view is smooth, shows off your character within the environment, and I wish that there would have been the option to switch between these two views. While Destiny is an FPS I felt teased at the third person view as I do like TPS like Gears of War and Mass Effect.

Overall I had a blast being able to play Destiny and my time with it made my decision from a “we’ll see later down the line how I feel about it or maybe borrow it from a friend” to “who else is getting it on the first day?”. Bungie plans on supporting Destiny for a long time to come and from what I’ve been able to play thanks to my awesome Editor-in-Chief, I’m sold!

Editor’s footnote: Unrelated to the article above, this happens to be post number 1,000 for us here at Chalgyr’s Game Room. I just want to say ‘thanks’ to this team for all of their hard work, and to all of those out there who read our posts. 🙂