Commanding the German military, Frontline: Road to Moscow attempts to recreate some of the more famous battles while taking war to Russia. This is a PC version of the popular mobile game, and at times those mobile roots can be felt as it might not have the polish of some of the bigger name strategy titles out there, but the gameplay is still fun, easy to learn and ultimately rewarding. 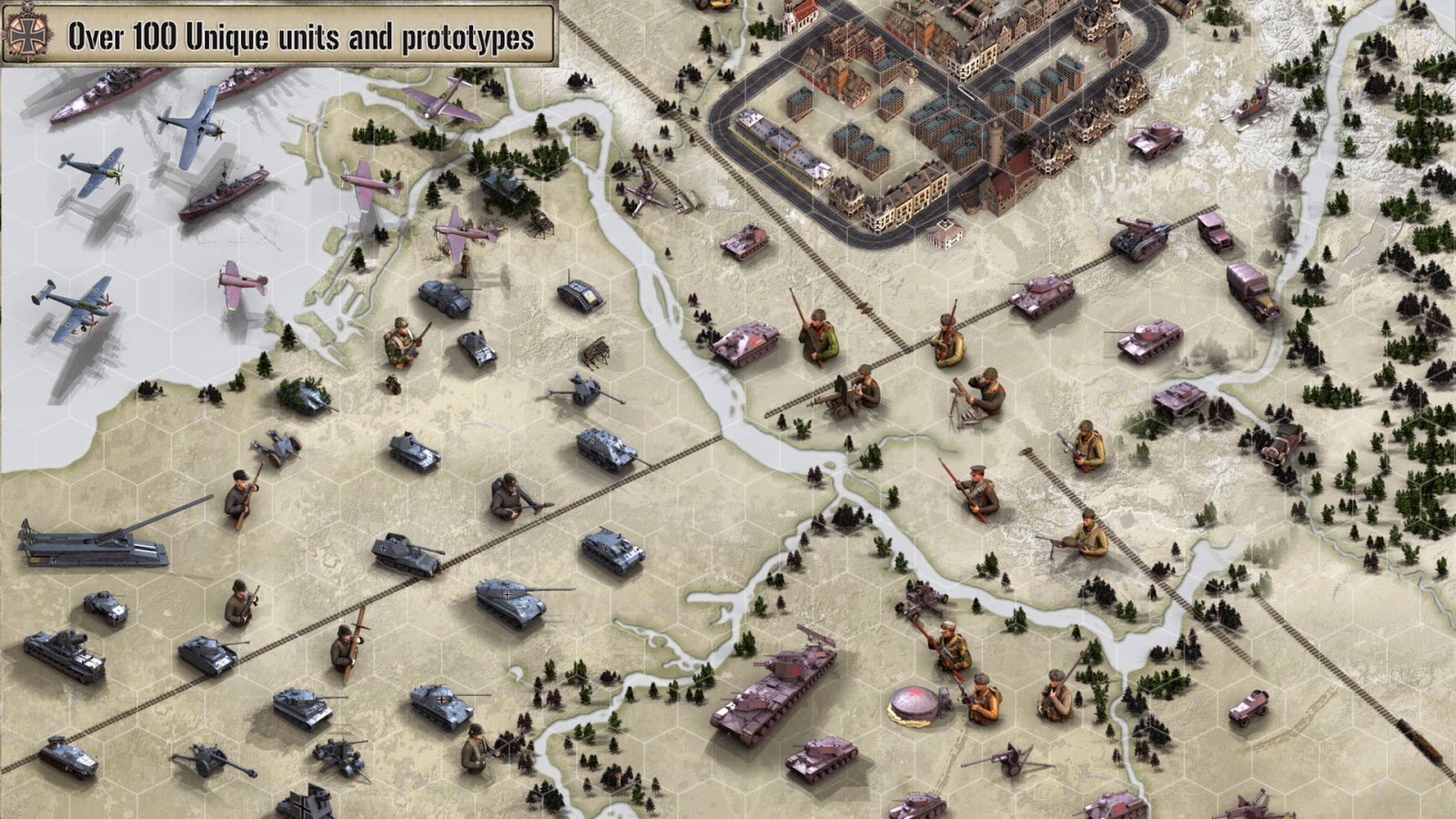 With thirty different maps and over one hundred different military units, there is actually quite a good deal of content to be had here. Probably one of my favorite aspects to the game is that units have experience on the battlefield, and there is a sense of progression as additional units get unlocked in future stages. That being said, there is a certain depth to a lot of the strategy titles published by Slitherine that Frontline is lacking. Units move and enter combat easily enough, and resource management means you can repair existing units or call in new ones. Repairing usually costs more, but those units have a tendency to be further embedded into enemy territory and may have additional skills if they have leveled up already. Additional resource intensive commands like calling down quick hit airstrikes give further strategic options.

Units usually have a variety of options, based on what they are. Some can move, others are stationary. Some units can perform special commands such as entrenching themselves for a higher defense but lack of mobility. Getting a killing blow in on an enemy unit is key, but this yields an extra initiative attack if there are more within range. I favored a strategy of using long range artillery and overhead airstrikes to weaken units before moving in for the kill. Otherwise if a unit survives an attack, they have an opportunity (in most cases) to counter. 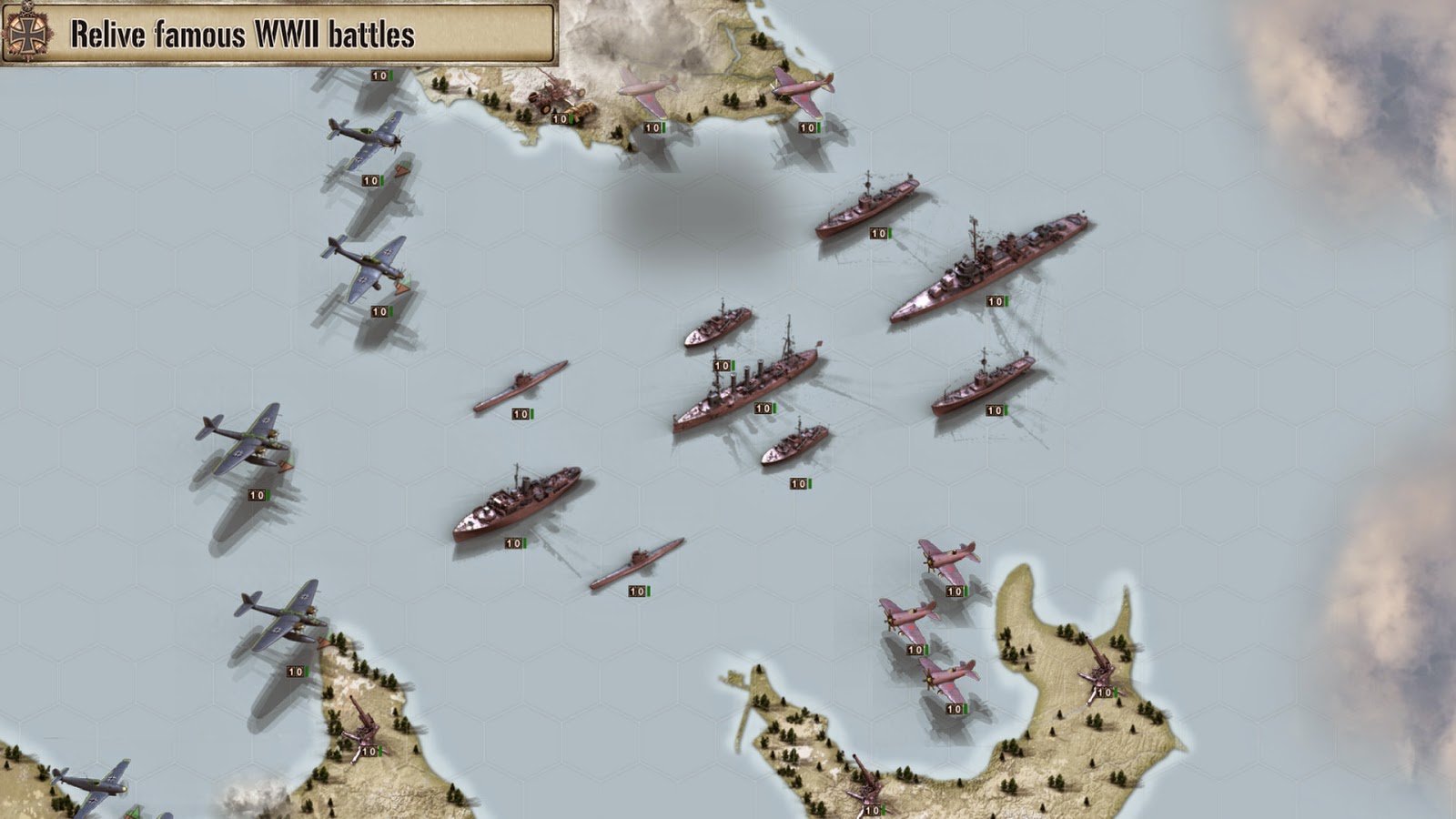 However, there is a lack of customization over the units and campaign that make you feel like more a spectator than perhaps some heavier weight titles such as Pandora: First Contact and Distant Worlds: Universe. This does have the added benefit of making Frontline: Road to Moscow more accessible to newer strategy gamers, but those looking for something a bit meatier to dig their teeth into might come away a bit disappointed.

While the initial map does do a decent job of walking you through the basics, there is plenty more to learn as you play through subsequent levels as the game moves on from land combat to also include aerial and naval combat as well. Each map has a primary objective, but also tosses a couple of optional ones in as well. Completing these, decimating your enemy or playing through a map on a higher level of difficulty serve to increase your reputation or score. 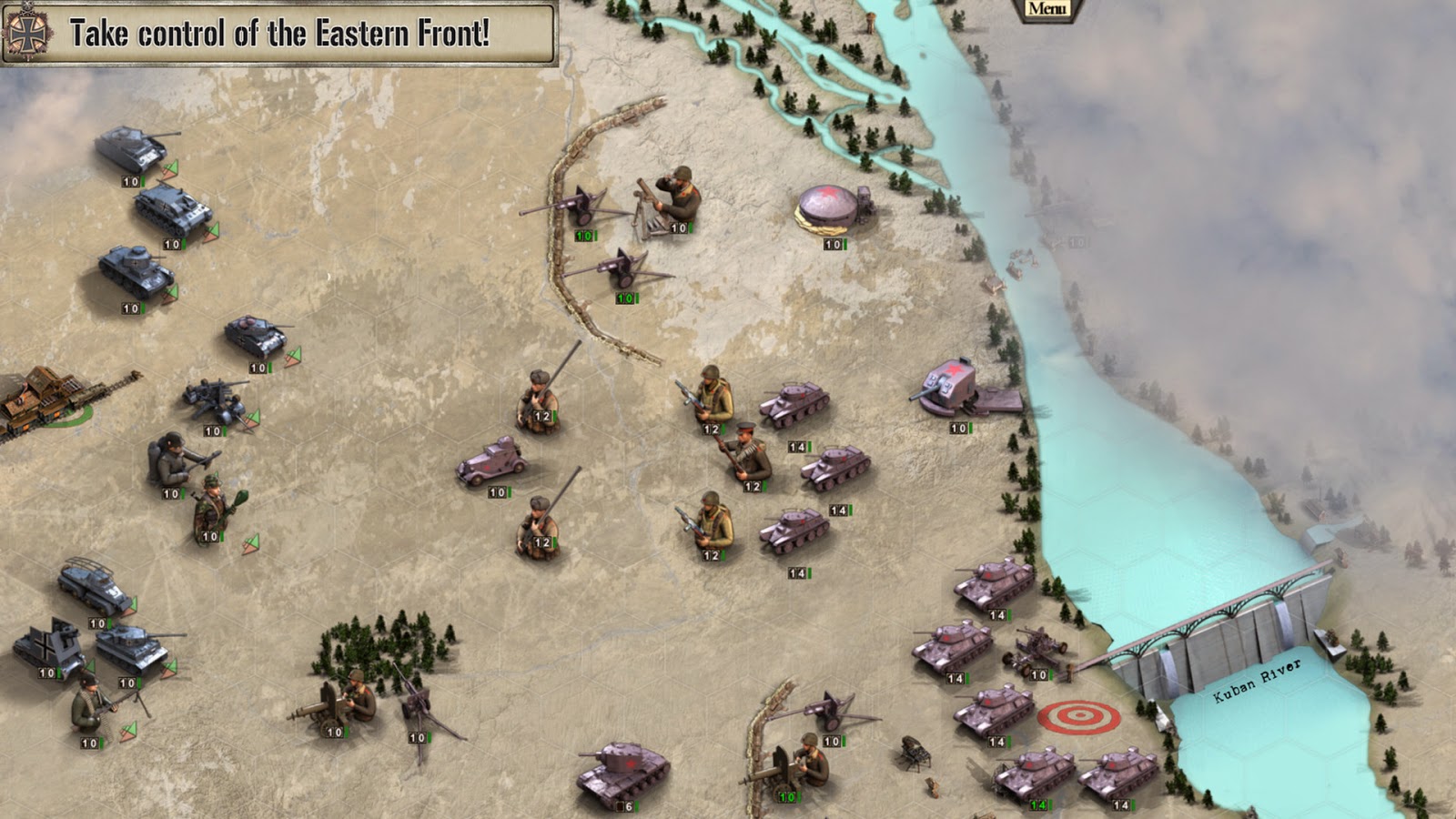 Visually Frontline: Road to Moscow is alright, with a sort of blocky art style that make it easy to tell units apart and sort of reminds me of playing old tabletop board games. Things like the planes and tanks remind me of those plastic toys or figures used in those types of games. The sound effects are equally average, though the music actually caught my ear on several occasions. The soundtrack could become a bit repetitive, with a lack of varied options overall, but at least what was there felt appropriate to the game’s setting and was well-done.

More accessible than many strategy games on the market, Frontline: Road to Moscow should appeal to less experienced strategy fans looking to dip their toes in the water. The gameplay mechanics are solid, the AI makes good decisions and the advancing campaign and units that game experience along the way helps to add progressive hooks that kept me coming back for more. The presentation feels a bit barren at times, but it is serviceable while everything runs smoothly.