comments Share
You are reading
Hegemony Rome: The Rise of Caesar – PC Review

My initial response when first playing Hegemony Rome: The Rise of Caesar, was to compare it to the Total War series. However, after a short time with the game, despite some similarities, The Rise of Caesar shows some fresh takes on the strategy warfare genre, but also fails to display the kind of depth some might be looking for. 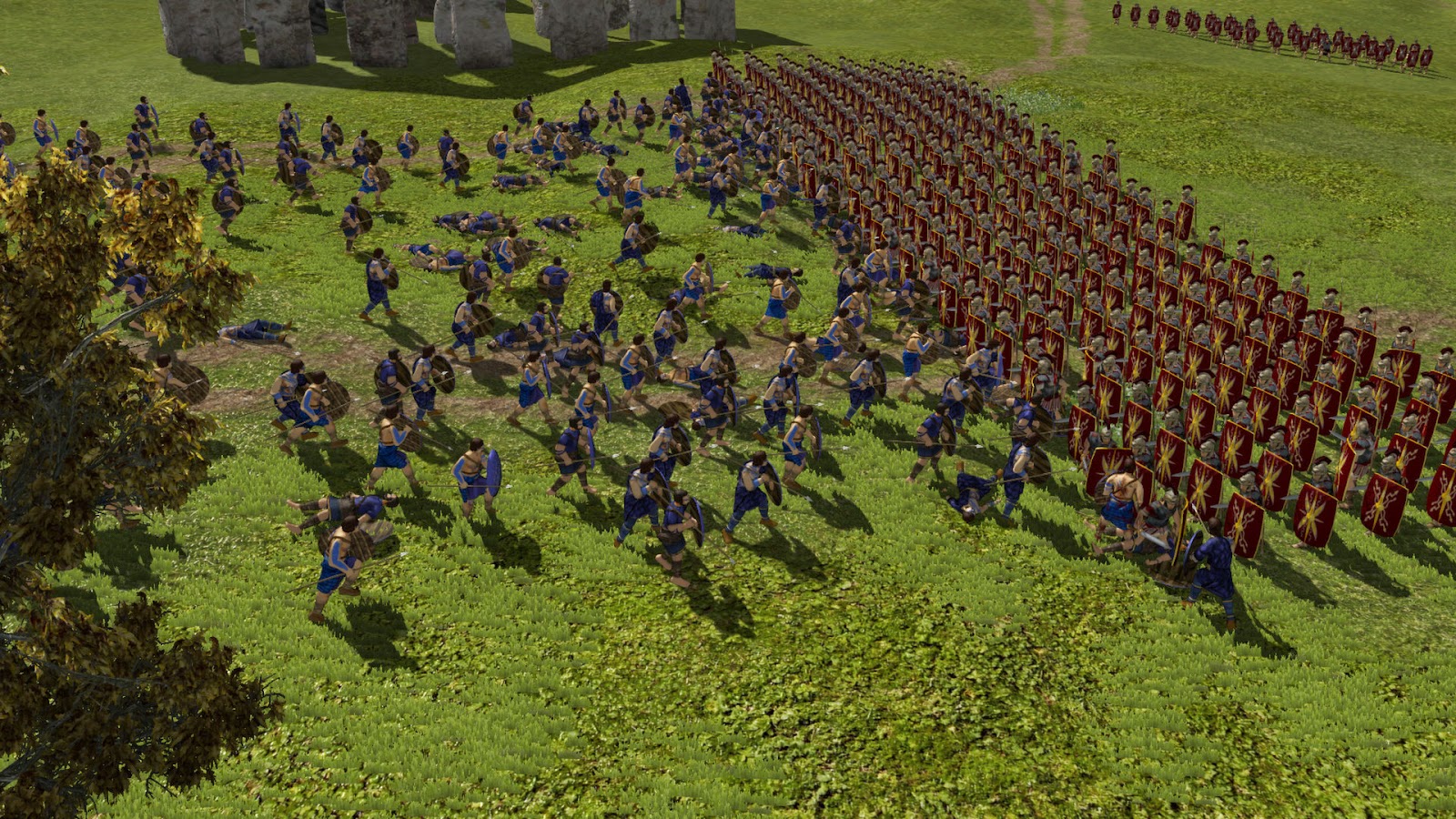 The tutorial starts things off simply enough, with control over a couple of units and the basics of how to control them. Unfortunately these lessons do not go into more detail about how supply lines or diplomacy work, because they become important parts of the game play as early as the first few maps, but thankfully most of the mechanics are approachable. The cost to high accessibility however, tends to come with depth.

Units have a handful of commands they can be given, but once they interact with enemy troops or fortifications, The Rise of Caesar becomes a very ‘by the numbers’ affair. What that means is the units all just sort of do their thing as they fight it out, with very little input from you or strategic consideration. Certainly some kinds of units fare better than others when engaging with enemy troops, and having high numbers and a general with the unit helps improve those numbers, but there is minimal decision-making to be had from that point on. Almost every major siege plays out in similar fashion, with a couple of scout troops moving ahead and seeing how well defended an outpost is, and then picking who to tackle when. 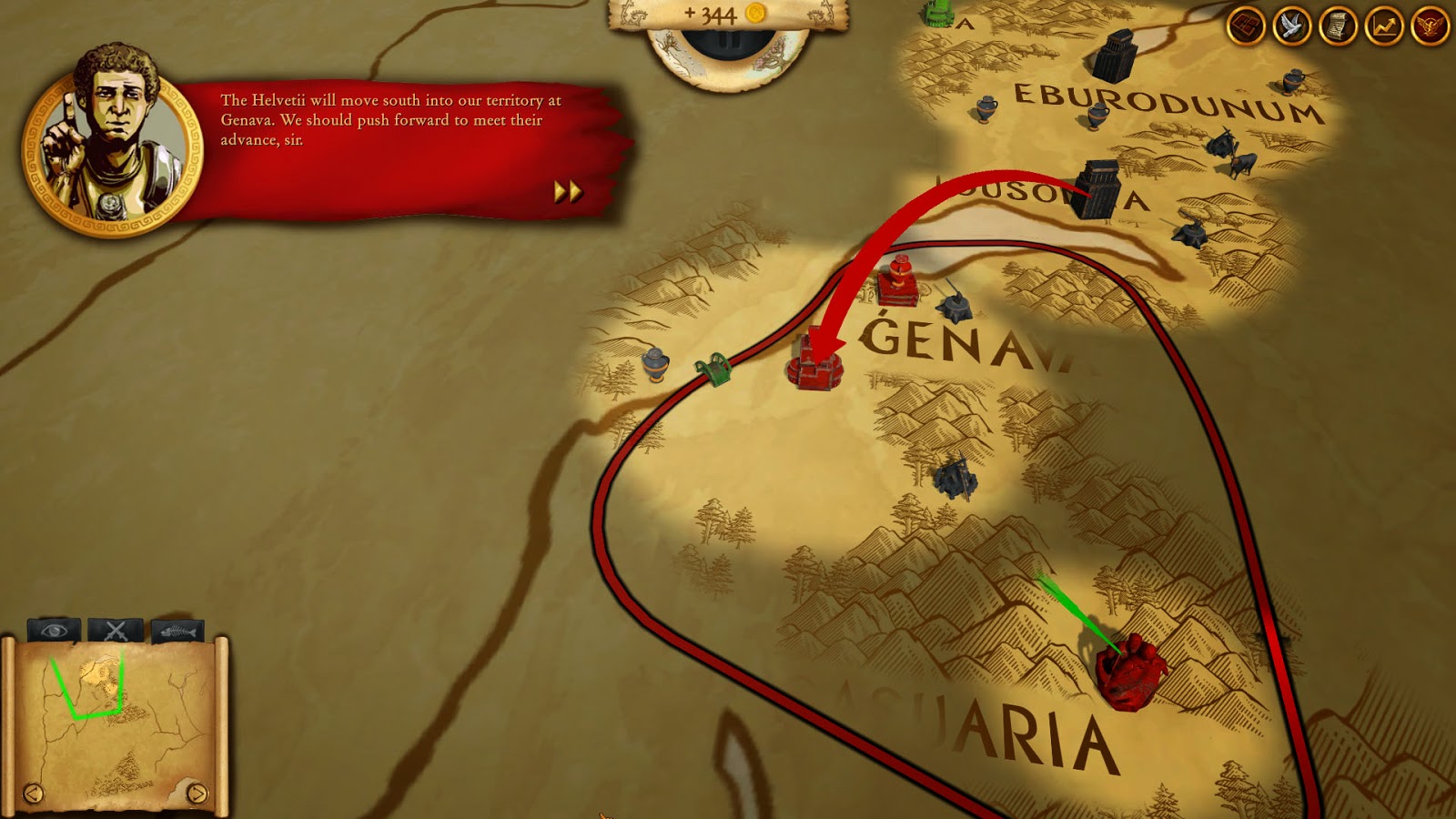 Thankfully this part of the process is handled very smoothly and is a good deal of fun. Perhaps the most unique mechanic to be found here is the zoom in/zoom out gameplay that lets you take a very high view of the maps, which are clearly and intelligently represented with figures that you can then zoom right in on and watch as things unfold up close and personal. The landscapes are vast, and doing this really does give an incredible sense of control over who is where and doing what. The only real shame of it is how little control you have over those units when the fighting itself starts.

Another interesting twist that The Rise of Caesar brings to the table is how resources are managed. Lots of strategy games have resource manager, whether it is a Civilization one that worries more about what the adjacent land can bring in or StarCraft where your units mindlessly go about mining nodes as your supplies continue to increase. Here there are supply centers, but routes need to be established between nodes and cities/encampments, and along those trails supplies should be kept safe. This allows resources to make their way to their desired cities. In that sense, it feels like The Rise of Caesar is more interested in infrastructure than combat, which is really what the Total War series hangs its hat on. 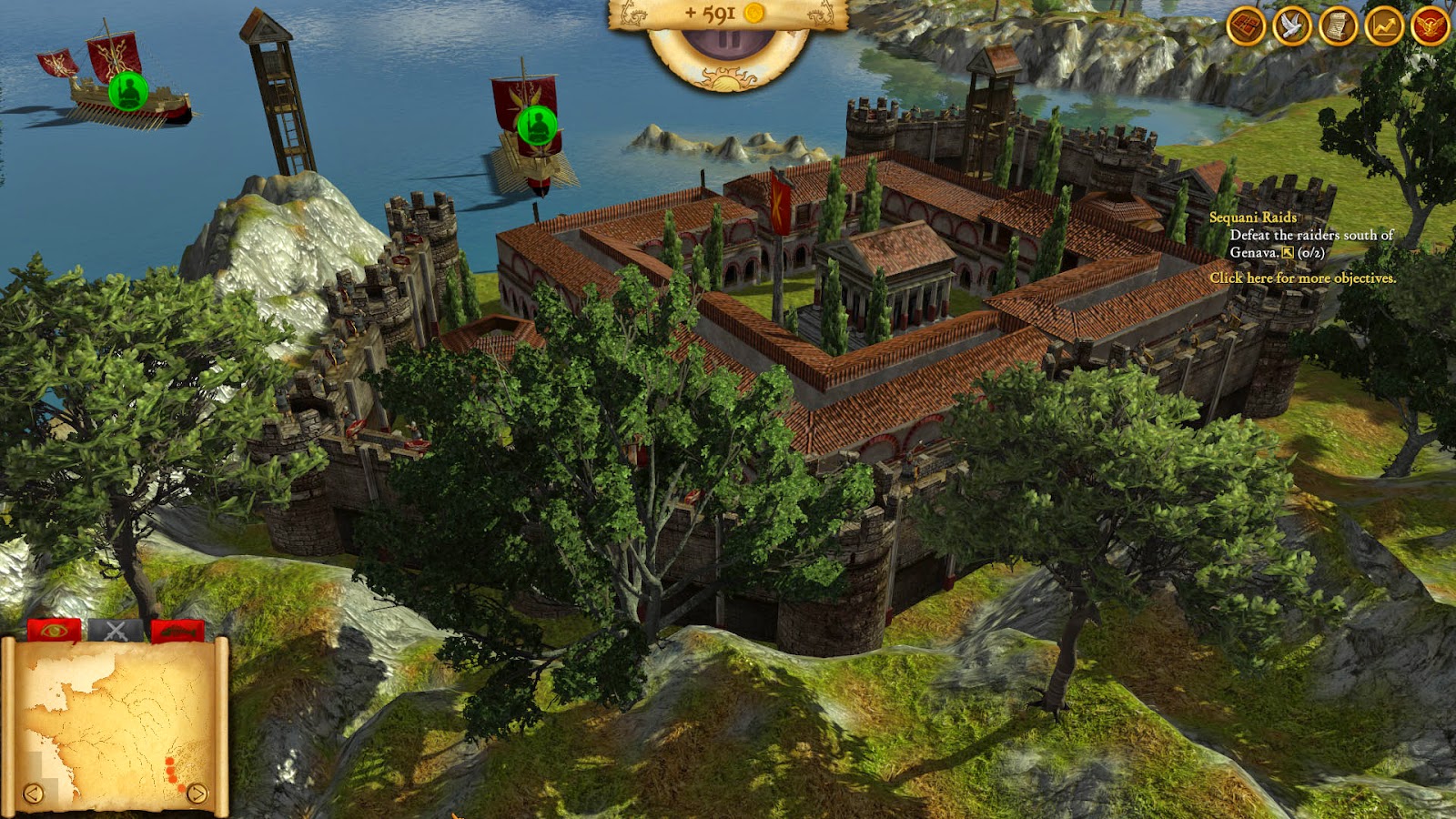 The campaign continues the Hegemony series’ reputation as being one of the more factually accurate war simulations out there. I was frequently impressed with how close to real events The Rise of Caesar tried to keep things. This was something I was curious about way back when the game was first announced.

The overall presentation is above-average. It is not going to tax your system’s graphics card, but units are easy enough to identify (handy for when you are chasing down beaten units in an attempt to enslave them) with plenty of lush greenery all around the landscape. The music is appropriate to the setting and never got particularly repetitive or bothersome, but none of the songs in the soundtrack struck me as particularly memorable either.

At the end of the day, Hegemony Rome: The Rise of Caesar creates a historically accurate representation of an interesting time of war, with an interesting take on resource management that leverages an innovative map interface. The combat is somewhat lacking and while it is easy to pick up and play, it lacks the depth veteran real-time strategy players might be looking for after a few hours.