If there is one that can be said, it would be that the older I get, the more I wish games went back to the way that they used to be. I’m not even sure if RPG Maker games can even be called a guilty pleasure anymore as I seek them out much more than I do most higher budgeted titles. There’s something about them that just makes me want to dig out my old Ikea chair (which I would have to battle the cats for it) find my old CRT, hook up my SNES and play the afternoon away in front of an open window. Memories of a Vagabond covers that nostalgic feeling very well and adds new and interesting gameplay elements that had me happily going into the NG+. 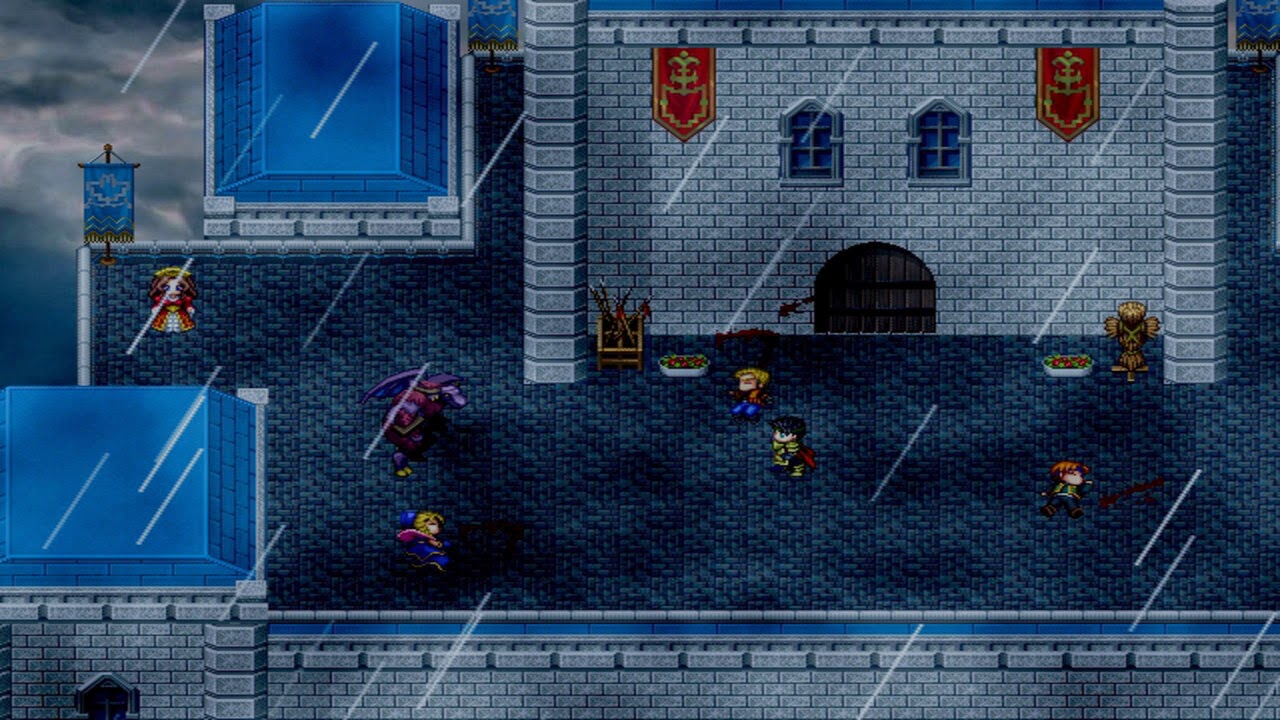 Starting off Memories of a Vagabond puts players in the role of a Hero about to propose to the love of his life. Already at this point players have access to choices both for the Hero’s actions and his words which starts things off much faster than a lengthily cutscene would and instead finds a proper balance of playing and watching. What I absolutely LOVED was that DarkElite showed me the controls both with a keyboard or with my 360 controller prior to first taking control. There was no guessing as to whether there were added controls or not. They also put one of the best possible features in. Turbo. Instead of adding a run button, it speeds up the entire game making certain scenes go a bit faster if it is not the first time. All of this leads up to the true start of the game where our Hero dies. Wait? What?

Memories of a Vagabond to some degree made me think a bit of a Souls game where death is not a permanent thing, but more of a learning experience. After the first story death, and all the following occurrences, whenever the player dies the Hero has a choice of classes that he can take. Players may take the same class or to go ahead and try another one with a total of four classes (Warrior, Assassin, Mage, Hunter) each with their own looks, skills and equipment possibilities. I’ll be honest that while I tried out all the classes during the first selection process, I went through the entire game with the Hunter and only really started to class change during my NG+. 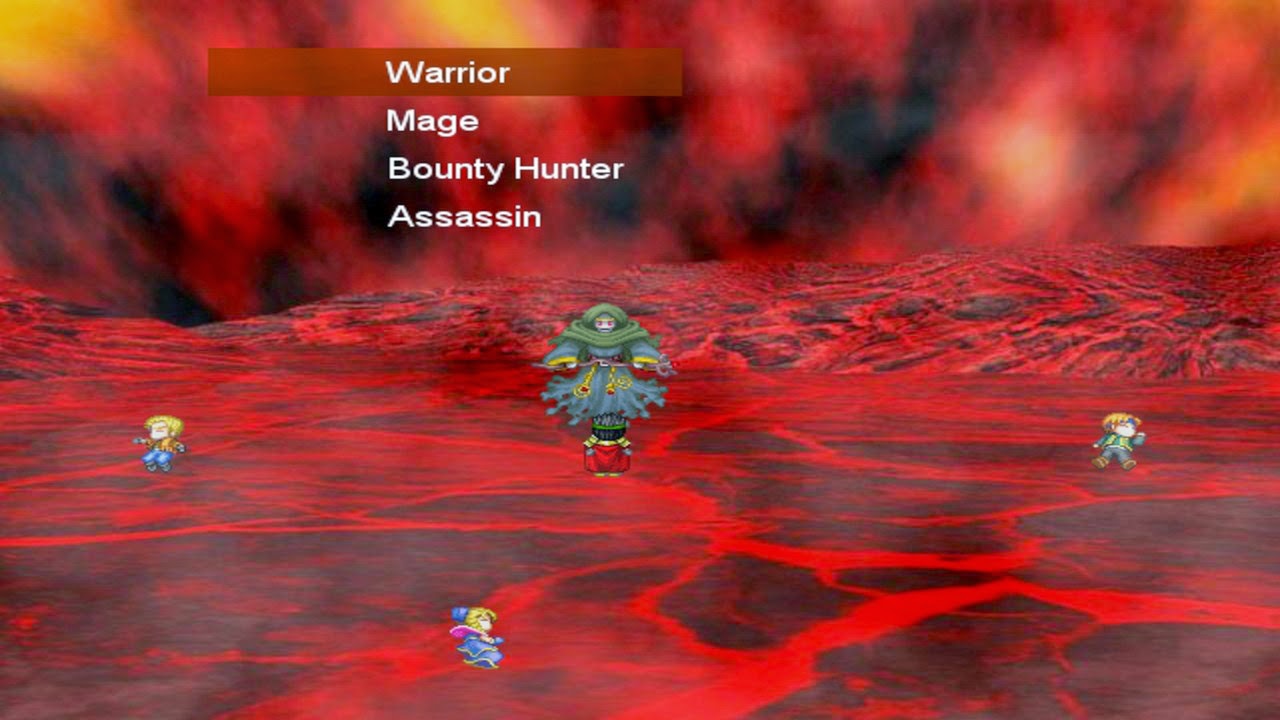 For those that may worry along the lines of “What if I don’t die?” (Which dying does become less frequent as the game progresses… or just being more careful) there is a location that freely allows the player to change to another class without having to die. Eliminating the “game over” could have gone either way, but it made Memories of a Vagabond was made that much better by both not having players restart from the last game over and also eliminating the “What if I had taken the other class instead”. This really allowed for a much smoother experience and a lot less cringing if it had been a while since the last save.

Accompanying the awesome gameplay is well written dialog that spans from start to finish including my favorite insulting comeback ever “You have tiny wings!”. Each character feels like there own person from the various townspeople to the wandering monsters shouting out their challenge. What made these dialogs even better was the numerous times where the Hero could either insult back or say nothing at all. Sometimes the choices carried more weight than others which was a nice touch as not everything had to be a serious choice. 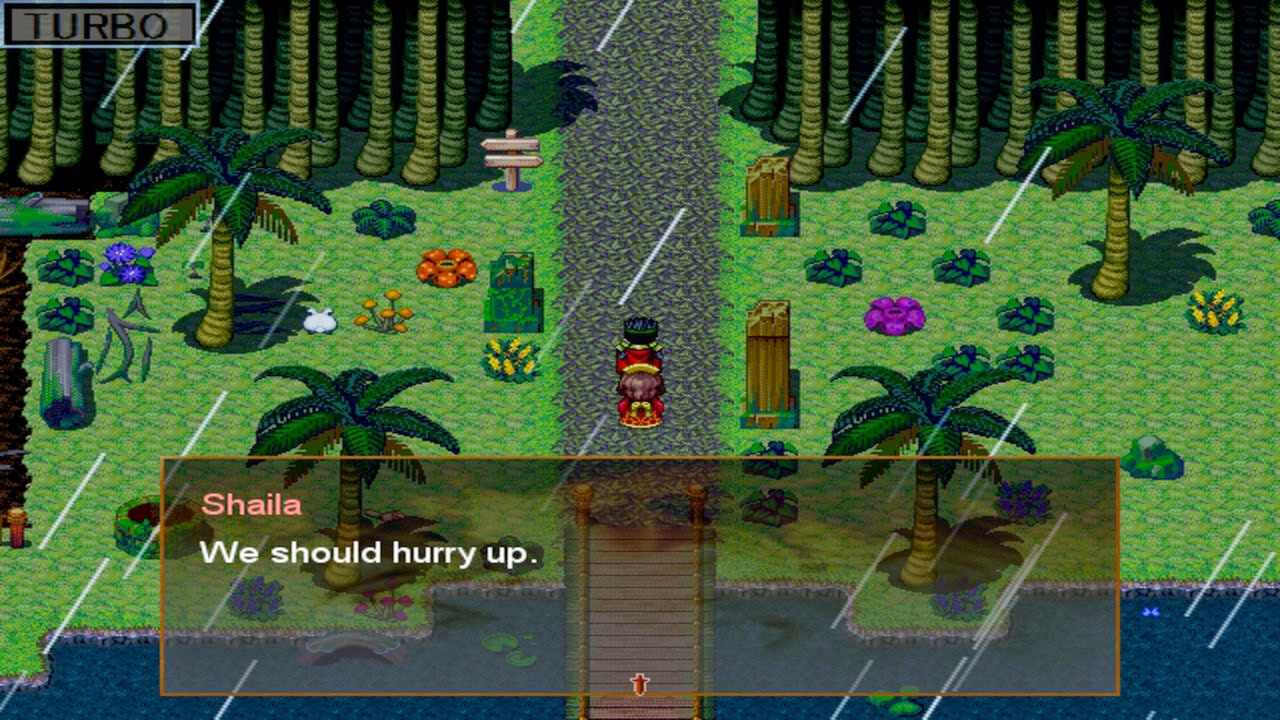 The only issue that I may have had overall… I’m still not sure if it was really all that big of a deal. Memories of a Vagabond is short for an RPG in which I clocked in somewhere around three and a half hours before going back in for that mentioned NG+. The reason I’m not sure if that’s a big deal or not, is that it’s fun and not only does it set out to do what it does well, but there never felt like there were long periods of senseless grinding which is generally what takes at least a good 10-20 hours in a 40 hour RPG. Along with the main story there are several side quests and a coliseum that can be taken on that also changes its challenges depending on the class being played. It should be noted that the coliseum is not a forgiving place as dying sends you back to the class selection. Most fights that may seem that require an extra boost to take on can be solved by either one quick level up, a bit more equipment, or acquiring another party member.

Memories of a Vagabond is an amazing game that even while short, offers enough to come back to with side quests that may not have been completed the first time around or the coliseum that I decided to truly tackle in my NG+.