I’ll be honest with an admission that doesn’t happen very often: I fell in love with Quest for Infamy within the first few minutes. I do not know if it’s because it makes me think of multiple older, more obscure games like Dink Smallwood (freaking hilarious RPG) and NoX (Great RPG with different storylines depending on the class chosen), or if it is just because Quest for Infamy is hilarious and a blast to play in its own right. I suppose it does not matter ‘why’ – so much as simply knowing that Quest for Infamy just works for me. 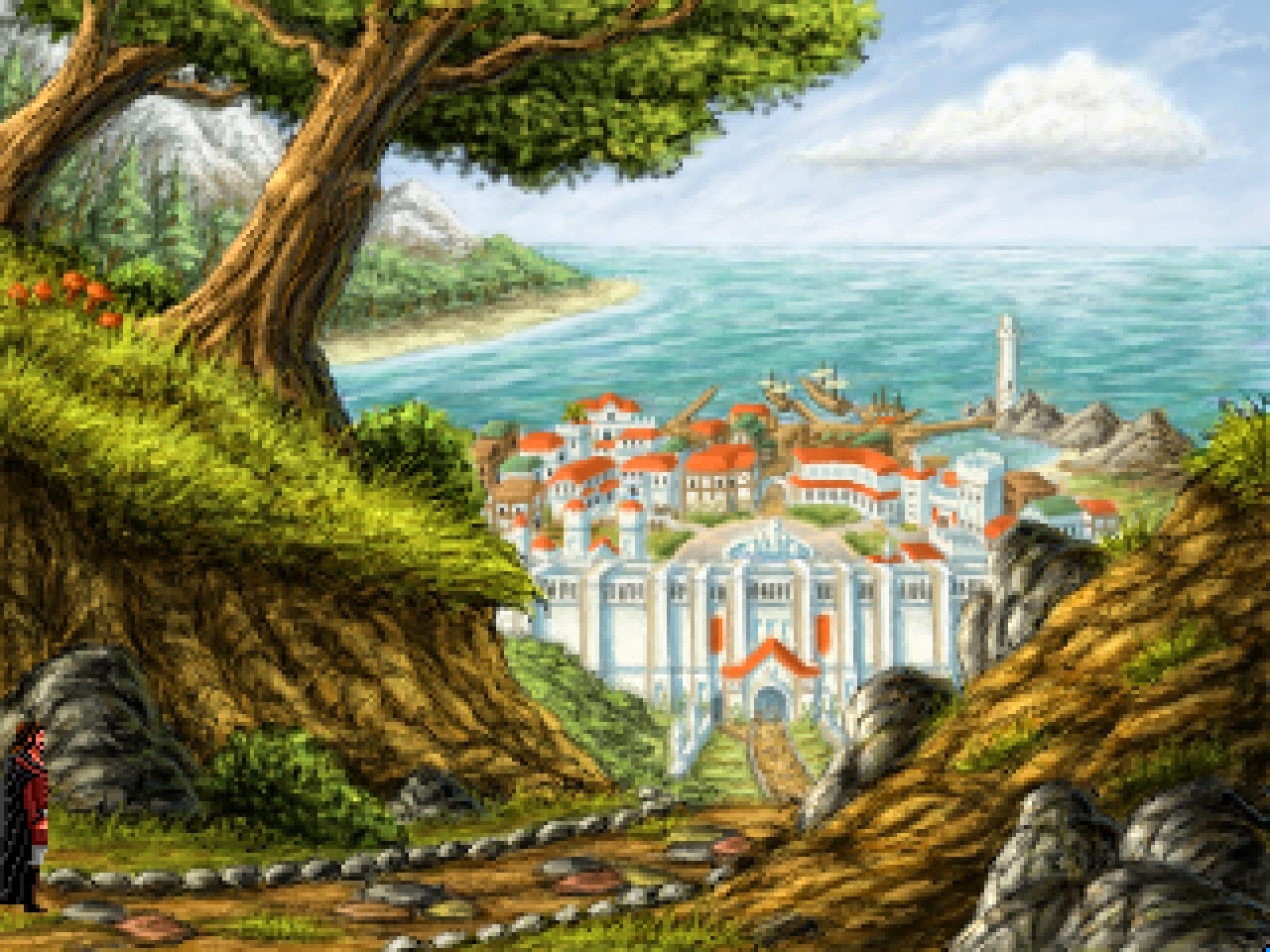 Graphically Quest for Infamy feels like a throwback to the late-early days of PC gaming. This was before graphics were not the priority – the focus was whether or not the game was fun. Having gone this route more than adds the charm when combined with the well-written dialogue and ably performed audio track that contains everything from a sarcastic narrator, to the main character as he stutters while as a pretty noblewoman throws him for a spin when she doesn’t fall for his terrible pickup line.

While I love this style, Quest for Infamy can sometimes suffer a bit in the larger scale maps. Once the main character moves further off into the distance, the level of pixelation increases until almost all detail is removed. Thankfully this was more the exception than the rule and most characters do stand out from one another as the more important characters all have very well drawn portraits that appear as they speak, giving you a better idea of what they are supposed to look like. Some of these portraits actually had a very high level of detail, such as Prospero and his amazing Wizard’s Beard!

Many games default to a windowed mode, but usually a quick search of the settings allows for fullscreen to be activated. Unlike most of these, Quest for Infamy doesn’t have one of these options. Thankfully a quick trip to the forums found a solution to this, which helps with the selection of moving around as it is no longer possible to click outside of the window (pulling focus off of the title and pausing the game). Even though it took some investigation on my part to solve this solution, it should be noted that the developers are currently working on an easier method for fullscreening the game. It is always nice to see a team continuing to support their game post-launch. 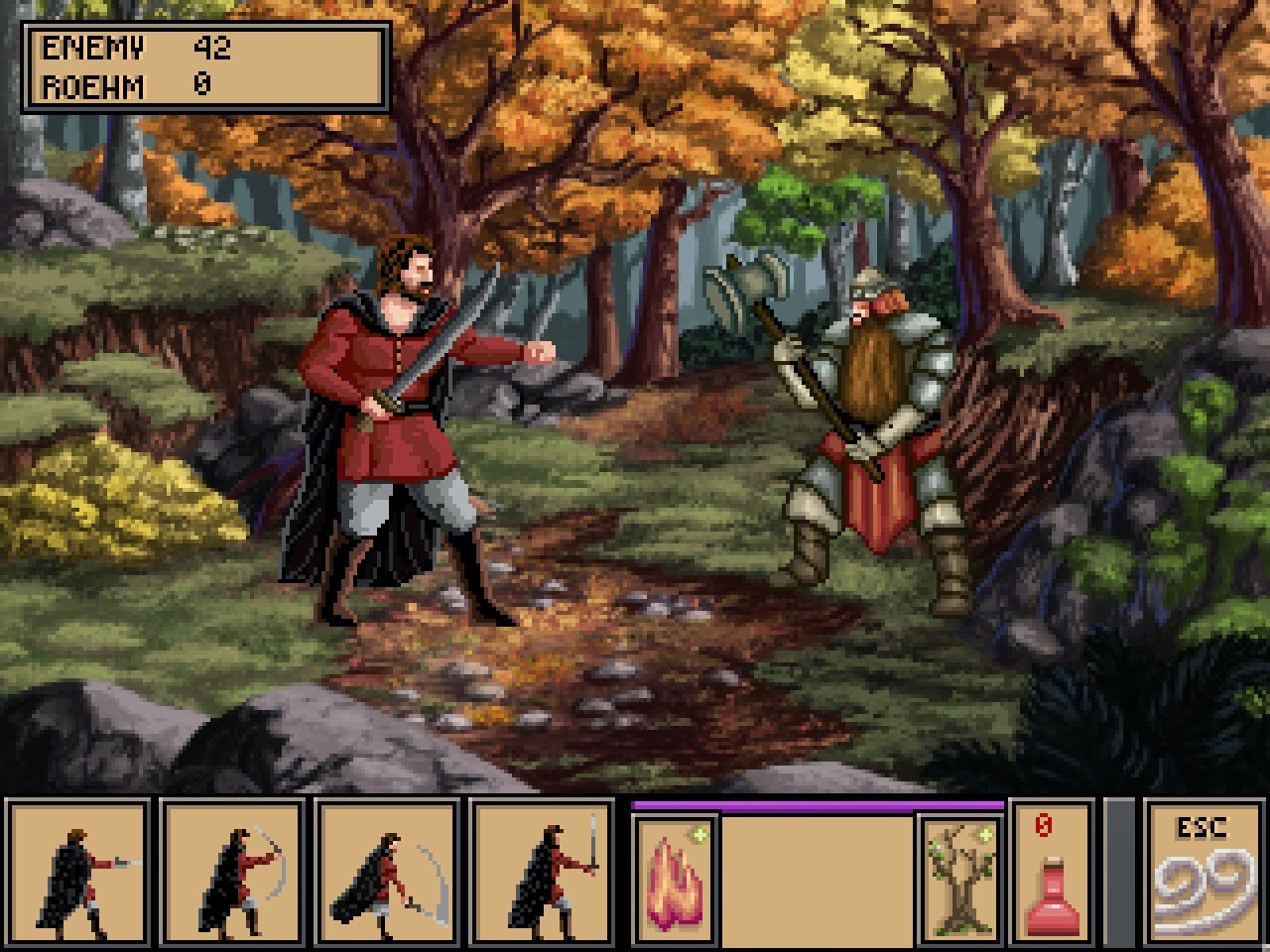 Gameplay is an interesting combination of several elements, but at its core it’s a point-and-click that meets Final Fantasy II’s (Actual II and not IV) interesting combat system. This is where the RPG elements come into play, where instead of leveling up with experience points, you become better as you perform available actions.

When moving from screen to screen, there are several options that are available such as Moving, Looking, Touching, Attacking, using an Item, and Talking. While these actions are self-explanatory, what really needs to be said is that each of these is followed up with commentary from the narrator, who is not afraid to say what’s on his mind (often while making fun of the main character in the process).

“You decide against attacking the squirrel with your sword.
Mostly because you couldn’t be assed cleaning the blade afterwards”

Being a hybrid of a point-and-click and an RPG allows for some interesting combinations. Combat, while frustrating at the beginning as you will more often than not get your butt kicked, thrashed, trounced, (I’m doing that thing again where I hope to link 3+ terms meaning the same thing, *insert apology to editor here*) or thoroughly destroyed, is quite fun. 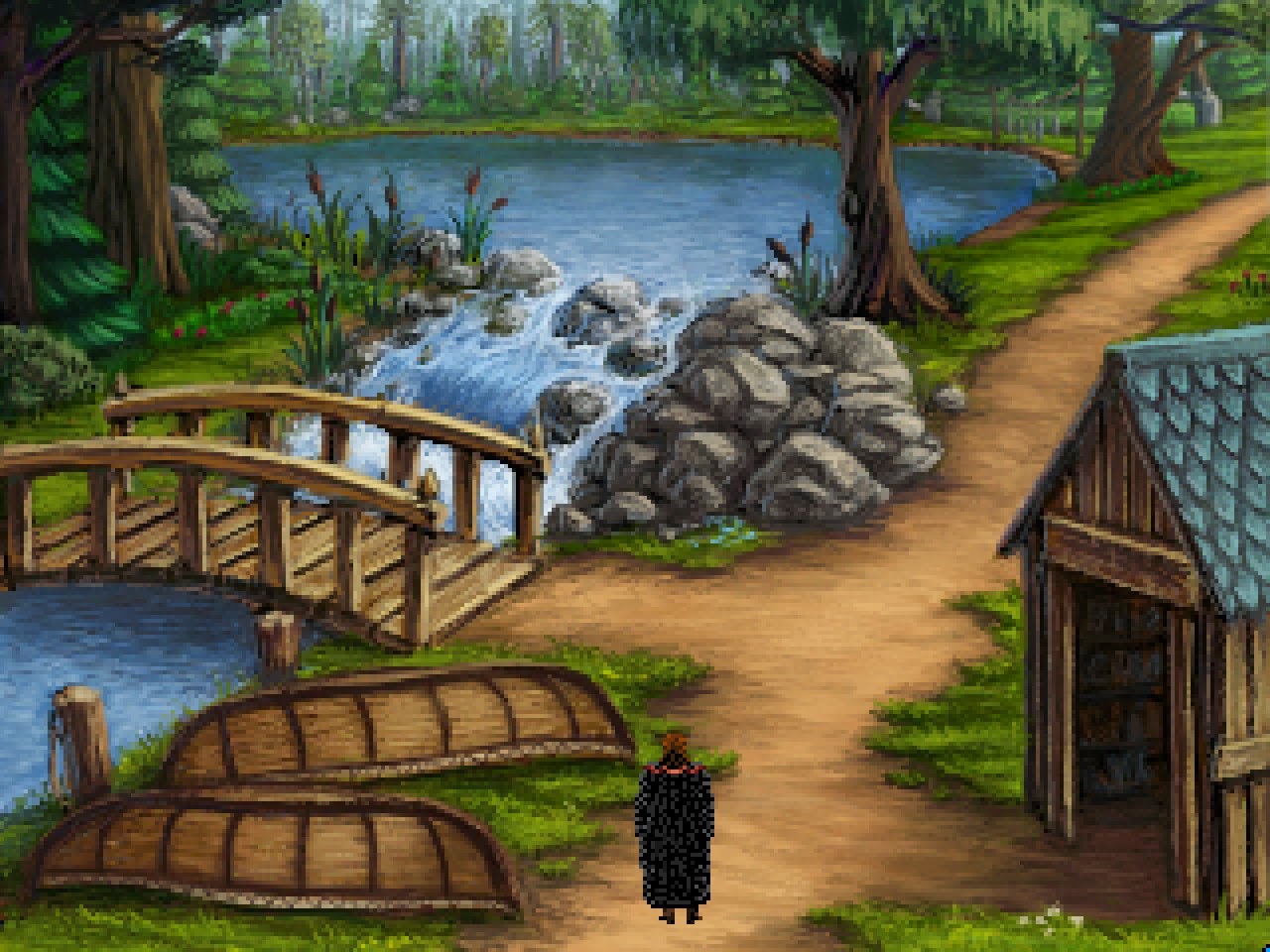 There are no levels to speak of, but the more that you use certain moves, the better they become. Starting off before selecting a class, Roehm has the ability to thrust, slash, and hack with his weapon followed by being able to block – which can not only lessen damage, but regain HP if the block works well enough. While the beginning was certainly a challenge, we can fast forward a little bit after having gone through a few fights and I could now block and smack my enemies down with my awesome sword skills while launching fireballs! (There might be some over dramatization and several of these were close calls but shhhhhhh! I’m still leveling up my skills).

Enemies themselves are not random encounters. They can be found in different areas and can be selected with your Attack option to start a fight. However, if you linger too long, an enemy may pick a fight with you – something to keep in mind.

One thing that Quest for Infamy does not lack is townspeople for Roehm to either talk to or flirt with. Having so many people to interact with could become confusing, but thankfully all the townspeople having their own details, so it’s easy to keep track of what the people you need to revisit look like. Sometimes there will be people who no more than say a word in passing while others have multiple dialog options that lead to other interesting finds or even other quests. The impressive part is that for the amount of people available inside of Quest for Infamy, they are all voiced. Not only are they all voiced, but they are all well acted and their tones more than match the dialog and the attitude that they try to convey. For example, take a set of rangers annoyed that you make too much noise. They call you names, punch you out, bring you back to town, and take money away from you for their troubles. Jerks. I was working on my stealth. 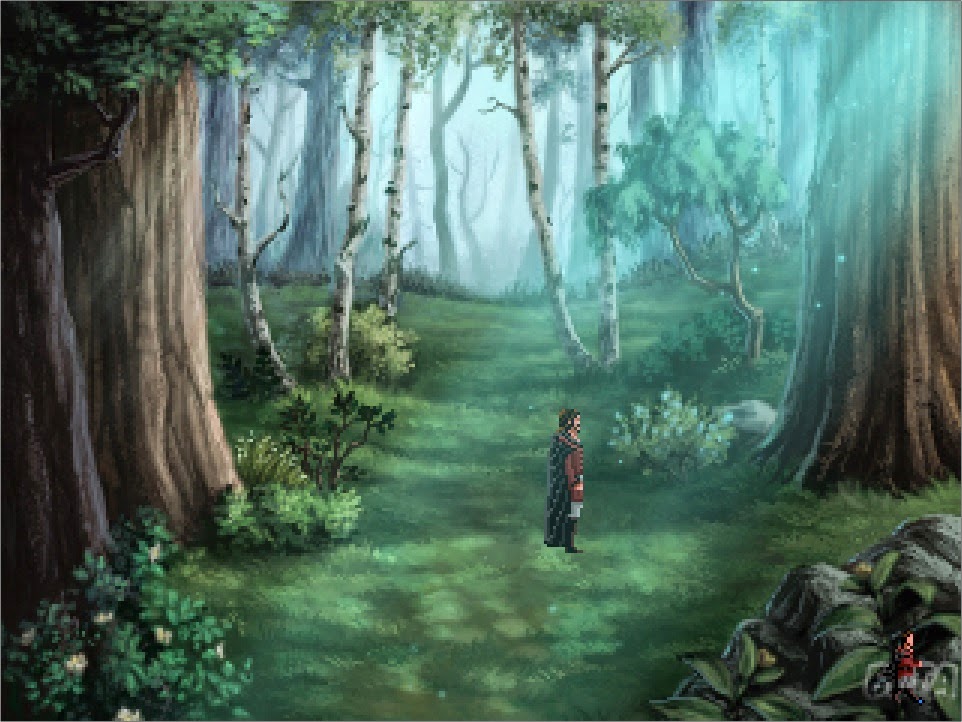 For all it does right, there are a few shortcomings worth noting. There is the possibility that the style of combat could turn a few people off, but all that it really needs is a bit of trial and error to see what works against which types of foes. Also the large number of actions Roehm potentially has can take some getting used to and sometimes difficult to find on the fly.

Certain locations can be much harder to make it through without the aid of markers to let players know which parts of the map lead to others. Now I’m not talking about the secret ones, those can stay unmarked until you’ve made it through. However, just the general pathways can be a challenge because sometimes the cursor doesn’t quite reach the point on the map that it’s supposed to and it can be a challenge (especially in a windowed mode) to get to the next segment. This is not the only game that has done this of late, AR-K did the same thing, but that game was much more limited in scope.

Overall Quest for Infamy is for anyone who loves a good retro styled Point and Click adventure. The RPG styled combat was a bonus and while it takes some getting used to, certainly added flavour that I would like to see more of in these. The dialog is very well done, sarcastic, witty, not so witty at time (purposefully), and sometimes just sheer brilliant making everyone worth talking to just to see what can come out of it. Adding this onto the replayability of the different classes and players are in for a good time.