For all intents and purposes, Table Top Racing resembles many of the other combat kart racers out there, but instead of having Mario or Bowser poking their heads out of a cart while spanning colorful Nintendo landscapes, we have a collection of miniature cars on a variety of creative tracks comprised of tables, floors and more. The premise is absolutely charming, but the racing holds up pretty well also, though the grinding nature of earning coins for more unlockable content may turn some players off to an otherwise entertaining racing title. 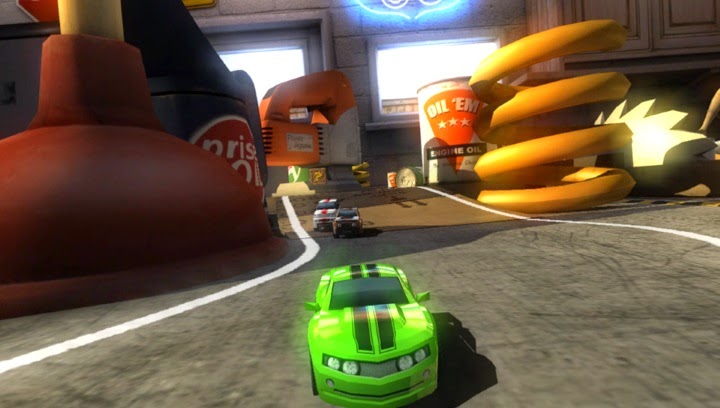 The oversized obstacles, tabletops, floors, building blocks and more really harken back to the days when as a little kid, I used to zip my Hot Wheels cars and trucks over books, around chairs and through Tinker Toy towers. Table Top Racing offers that same sort of aesthetic, which is incredibly charming. The graphics look good, though sometimes the track can be a bit tough to follow since your traveling surface can change a great deal from one minute to the next.

Thankfully the ‘car reset’ system is snappy and generous. If you get hung up on a pencil (stop laughing, that is a legitimate show stopper if you hit it wrong!) or fall off of edge, you are respawned quickly, and actually quite generously from a location perspective. While the game is not just about speed, the different cars do have a variety of common traits to racing games, such as handling, ability to drift and top-end speed. There are customization that can be applied to the cars, from different wheels to paint jobs to stat increases for the car itself, as well as unlocking a fairly decent stable of rides.

The racing itself is pretty standard fare, with buttons to accelerate, brake and fire off weapons. The arsenal of weapons could be a bit more expansive – it certainly does not compare to a title like Mario Kart 8 which has a large variety of possibilities. Here you have rockets for firing ahead, mines you can drop behind, an EMP (which is basically a local area attack – and a lot of fun in a large cluster of cars), speed boosts and the ability to shield yourself now and again (very helpful if you are in the lead and realize a rocket is incoming). 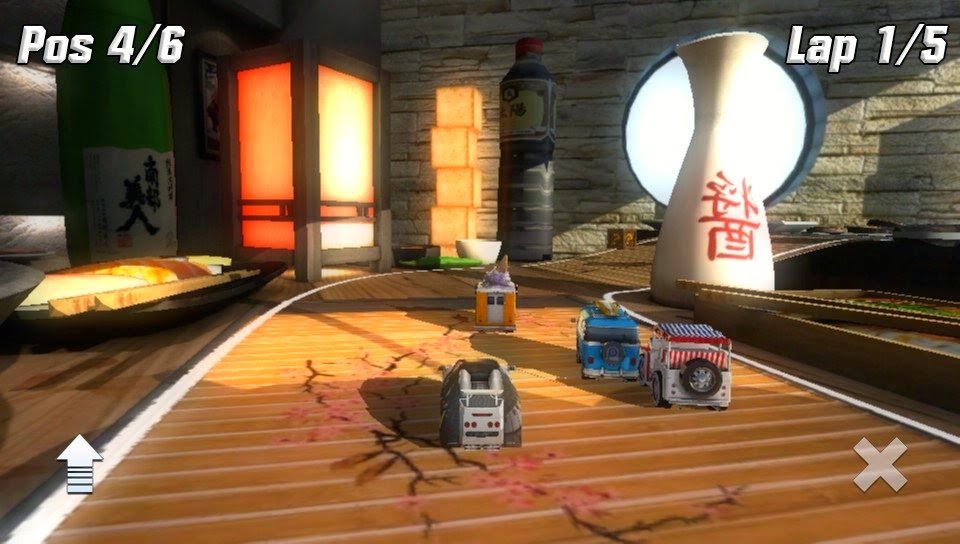 The racing mechanics get the job done. Cars feel a bit loose at times, and there is some ‘bounce’ to them – which actually is kind of entertaining most of the time. The tracks are generally well-designed and the races remind me a bit of titles such as WipeOut where sometimes you are racing to finish first, but other tracks have different objectives. One might have you trying not to ‘finish last’ and therefore get eliminated that lap, or to do a time trial, or to drift for so many points on a slide. These differing objectives culminate in a final series of races where you can then try to finish number one. First, second or third generally boils down to the number of stars collected on a given stage. These race results also directly impact the number of coins you get at the conclusion of the race.

My biggest concern so far has been my inability to find even a single online match. I have tried creating my own as well as joining others, and have had my Vita sitting for up to twenty minutes at a time. The closest I ever got was two other people logged into the same room to play. Then my Vita went into standby mode due to my inactivity, and it disconnected me. This seems like it would be fun to try online, but I have spent roughly an hour a night at different times since it released and could not find even one match. 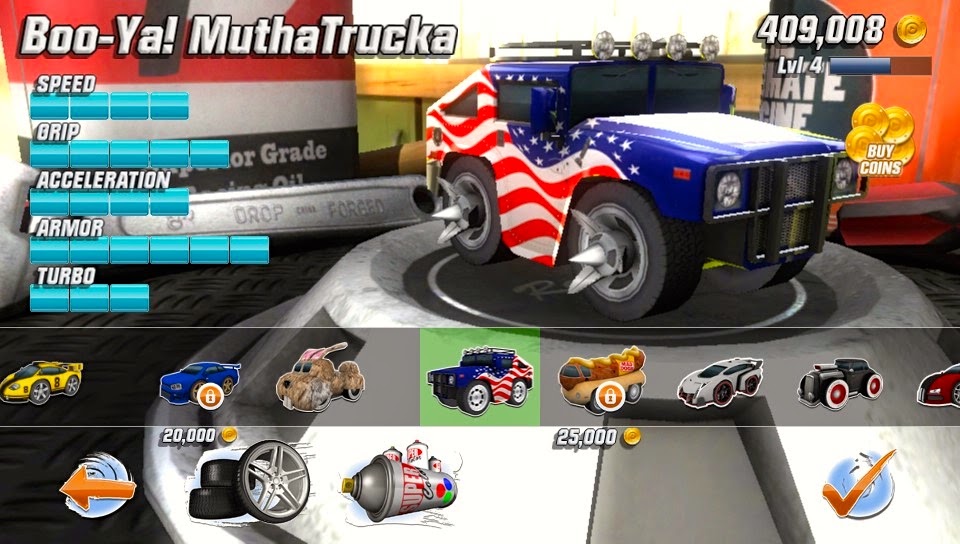 Here is where I can see some people taking issue with the game’s progression, because it can take a long time to earn a substantial number of coins. Taking first throughout the initial circuit does not really yield that many coins by the end, and things like upgrades, new cars and wheels can take a lot of time to grind out. There is a microtransaction option that allows you to purchase coins and expedite the process, but if you have the patience, this can all be achieved without spending a cent on those as well. It really boils down to how much time you want to invest. I am someone who almost always actively seeks out grinding in games (so much of my time spent on Bravely Default was with the encounter rate doubled for this very reason), so it did not particularly bother me, but I can see where some people might find it to be something of a barrier to enjoyment.

Considering that the game is fun overall, that should not be a problem. The racing is balanced and the tracks are entertaining, so it feels like time well-spent. The races are short, which means short-burst gameplay that is really perfect for an on-the-go handheld device as well.