World War I Centennial Edition is the latest version of a very heavy strategy game that takes place during the time period of the First World War. Whilee World War I does not really need an introduction as to what it is about, the game itself is an enhanced version of the 2008 with several improvement both to gameplay and performance. While I generally love strategy games (and believe that I am not bad at them) whether they are real-time (Age of Empires, StarCraft, Warcraft, Warlords Battlecry) or turn based (Civilizations, Warlocks, Heroes of Might and Magic, Disciples), I felt somewhat out of my depth with the complex systems that WWI uses. I was more than grateful for the various tutorials that help players understand both the basic and more advanced systems had to offer. 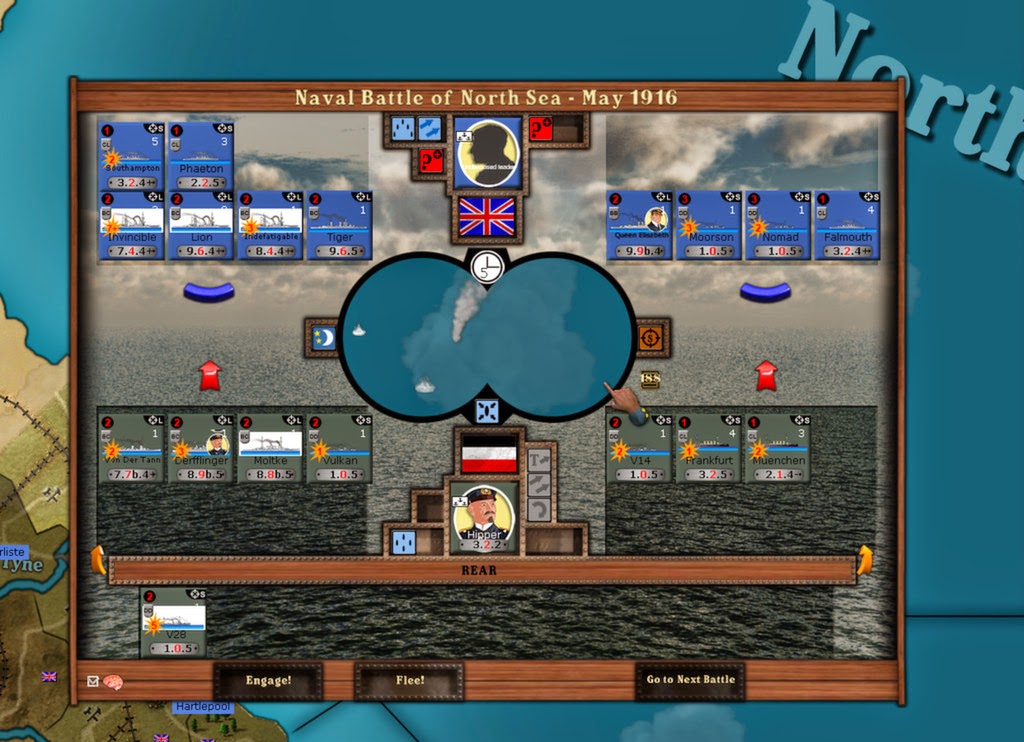 The audio is a strange balance of pleasant authenticity for that time period that meets musical scores that are not always appropriate for the current ongoing events. There are times where the audio will switch over from a dark musical score over to this cheerful upbeat parade even when your forces are in the midst of battle. These parade scores were distracting when used within the various available levels as it felt like it took away from the seriousness of the rest of the experience. Where these musical scores felt appropriate are within the opening scenes and menus for selecting the desired level.

While WWI Centennial Edition isn’t the most advanced graphically, its art style more than works for what the team is going for here. Using a simplistic art style with soft soft colors, the entire experience is played upon the world map which is decorated with various expanses of grassy terrain, roads, railroads, and forests. Doing more than decorating the “board”, these various terrains affect how armies are able to move across the various provinces of the various countries. Finally, the most important part, each army presented across the map is displayed by a single figurine soldier standing upon a circular icon of their countries flag. These figurines can be selected and viewed to see the overall complement with the various combat details of each unit.

The core gameplay is divided into turns and phases that separate reinforcements, movement, and combat. The reinforcement phase starts off each turn allowing players to select which army is going to be granted these extra troops. This is done by simply dragging the units from the reinforcement bar over to the army of your choice to add to its forces, creating a new army to move, or even just leaving them there until a point in time that you wish to deploy them as part of a future strategy. 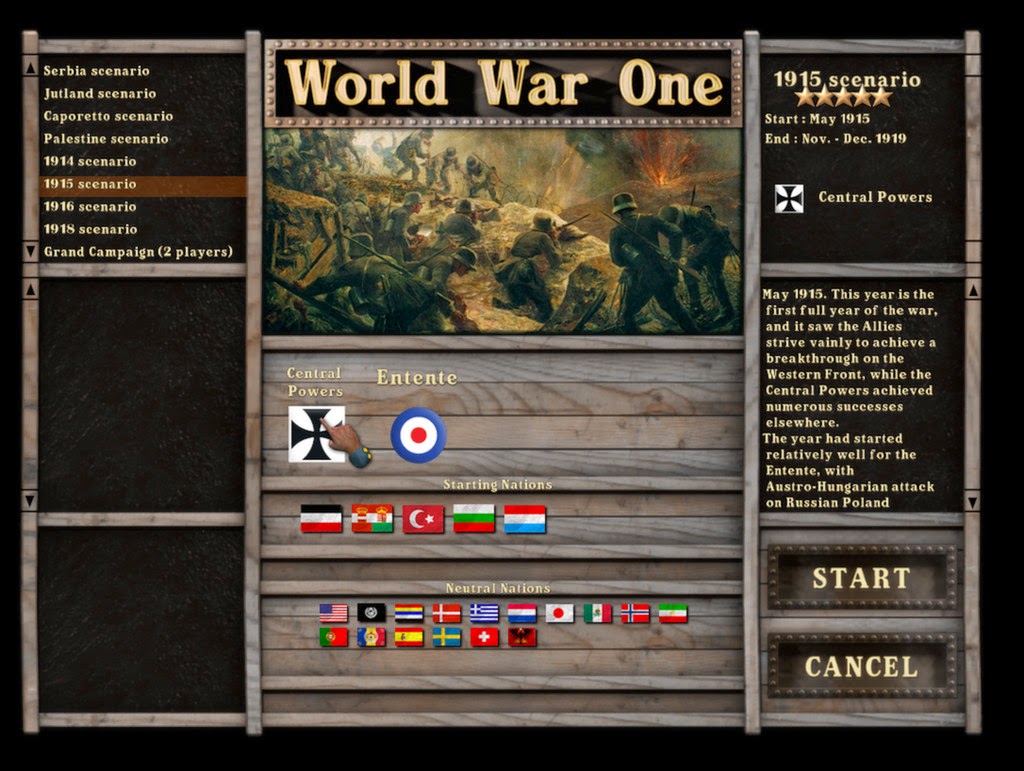 It is at this point where things get a bit more intense: during the second phase of movement and strategy. Each army can be moved from point A to point B in order to attack an enemy and they will take the best route in order to get there. Once all armies have their marching orders, the third and final phase begins if the attacking or defending armies actually reach one another. This can depend heavily on the movement speeds, the terrain type, and the actual distance between. Before getting into that though, there are several other maneuvers that are possible instead of just moving from one point to the other to attack. My favorite of these was the coordination of an Interception which will time the arrival of multiple armies at the same time for much better results instead of one after another which also leads into the third and final phase of a turn.

Combat itself is quite interesting. A unique menu opens up and it allows players to select which parts of their armies will participate in the attack against the opposing force. Each army can only send up one foot soldier at a time which can be accompanied by a cannon and / or an aircraft. Each one of these units have individual statistics such as Attack / Defense / Speed that are used against the enemy to see who comes out on top.

Once your forces are ready to go, selecting the engage will start off the combat. What perhaps annoyed me at first, but then made more sense as time went on, is that players do not quite know what they are getting into until after engage has been selected. The enemy force is veiled and not only do you not know how many there are, but you also don’t know how powerful they are until you are engaged in combat. This keeps players from keeping back their good units or throwing all their less powerful ones up front as cannon fodder. The edge of mystery that surrounds combat makes it somewhat exhilarating as players are never going to be sure as to what the outcome is. 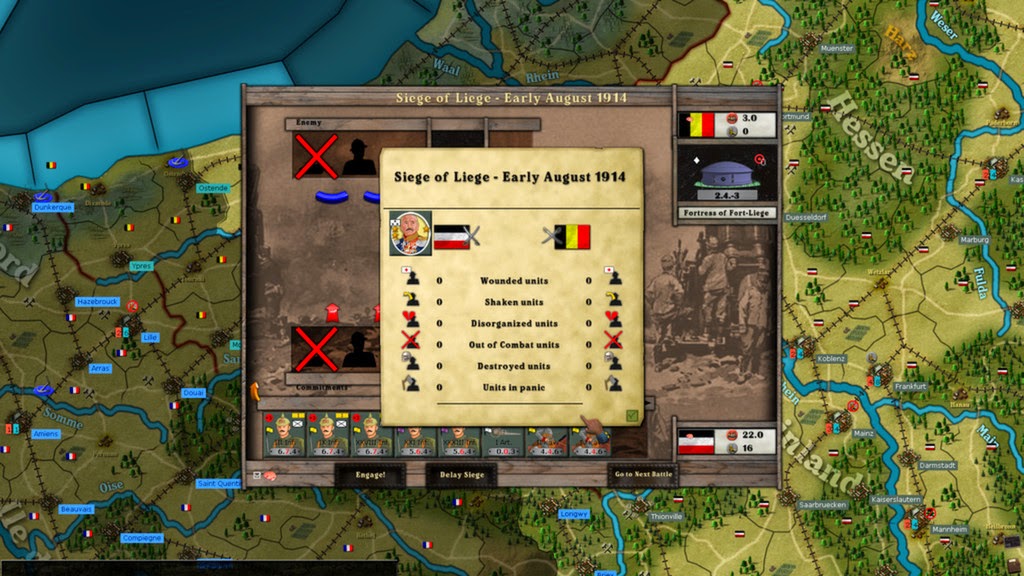 While WWI plays well enough, there were several issues that I encountered. While the tutorials themselves in the end are very useful, I unfortunately found them to be quite confusing at times. This was especially the case when asking players to select a specific area which would require European geographical knowledge as these were not labeled. It may have worked better in its favour if there was just a bit more hand holding as to where exactly the player should be selecting instead of making them have to find it and sometimes I felt like that could take a while as I actually performed the wrong action without knowing and continued ahead for the next instructions only to realize that I did it wrong. The other issue that I had was that the background for the tutorials were not a solid black but instead had an opacity with a text-like design in the background making it hard at times to read the white text over top.

Overall WWI Centennial Edition carries with it a solid gameplay experience that while it can take a lot of getting used to for players not used to this level of depth, it is more than worth the effort once you get a hang of it.

Posted by Pierre-Yves
Follow:
Manager and Senior Site Administrator—Currently a reviewer for Chalgyr's Game Room covering all platforms
Previous Article Destiny: The beta did its job – I am sold
Next Article Crowntakers – an RPG/strategy game by Kasedo Games announced