It was a quiet starlit night and all was quiet in the house. PY and his better half set themselves up at the third desk that faces the TV in the study directly and turned off the lights leaving nothing but a tiny nightlight in the hallway that barely makes it into the room. Ready to start… they load the game. 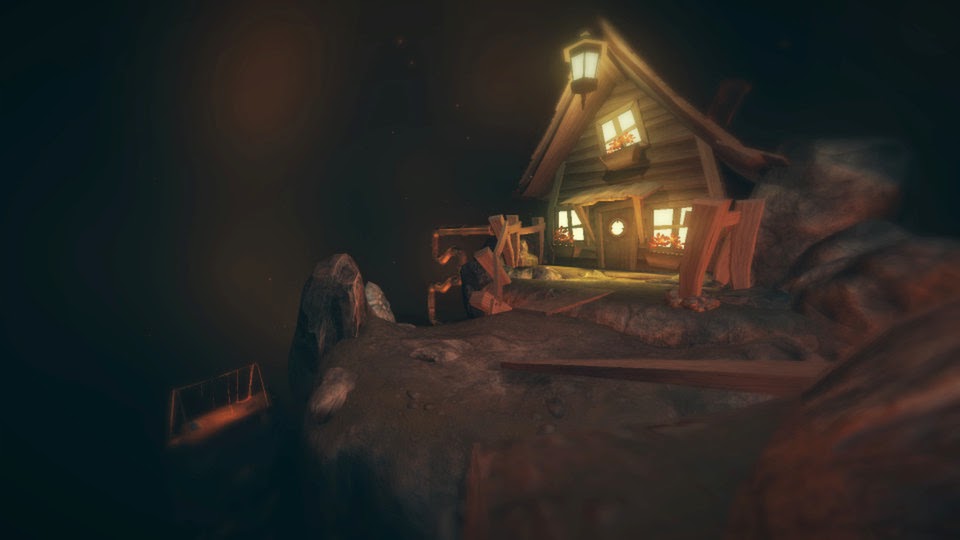 Among the sleep starts off with your second birthday as your mother has made you a cake and uses the choochoo method to make you eat it. This is where everything starts to head downhill. A knock at the door. A look of horror on her face. Her leaves you in your high chair as she answers it. There’s a bit of screaming, a bit of screen blurring, and then she comes back with a box. She takes a quick look inside, decides it happens to be bedtime… after only one bite of cake! The travesty! Which she then brings you into your room and puts you in your playpen as the phone rings. Among the Sleep starts here…

The introduction portions teach players how to crawl, walk, climb, push, pull, and throw things. All of these are things that we are used to doing but not all may be second nature to a child of two and these actions don’t always work out the way we think they should. This alone adds a depth to the experience when combined with not only the sheer size of the environment, but the sheer size of the environment as it would be to a two year old. Making your way up the dresser to open your present that your mom left up there, the true game starts of in which is where the true atmosphere to the experience sets in. The box that players quickly saw a teddy bear in… is now empty with it nowhere to be found. Thankfully this wasn’t even the creepiest part. 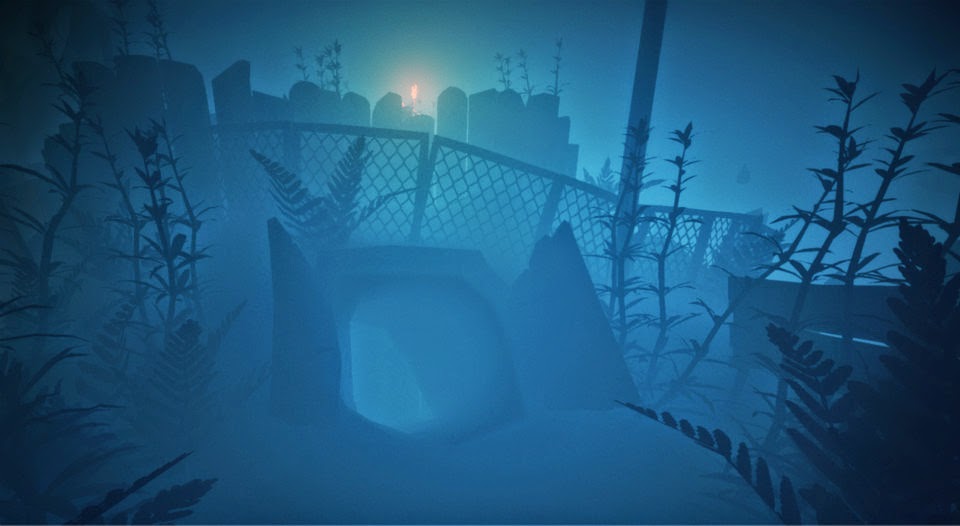 After a bit of exploring with smooth controls, I cringed and maybe squeaked as I found the teddy bear that was in the box inside of the playchest. Thankfully, as of with any younger child, the teddy bear is a kind soul that acts as your protector against the darkness. Hugging him tightly illuminates the surrounding space making the darkness feel a bit less… scary but also more terrifying as you never can quite see past the light as you can with your vision adjusted to the dark. Armed with a talking teddy bear that can be used as a flashlight and the tutorial complete, you set out as a two year old to find your mother later that night in the darkness.

Now to not spoil anything substantial, that’s where I will leave it for gameplay events. Graphically Among the Sleep is very well presented with vibrant colours as the lights are on. When the lights go out, and the darkness sets in… it’s dark. Not only is it dark, but it’s a scary kind of dark with a kind of breathing atmosphere of its own. These graphics fit in so well with the audio in a way that honestly scared me to the point of turning the lights back on. When moving larger distances you can hear your breathing and your heart pounding. Crashing plates, breaking glass, and growling doors can always be heard just around the corner making moving from room to room a risk that may or may not be calculated, but still scarily required. 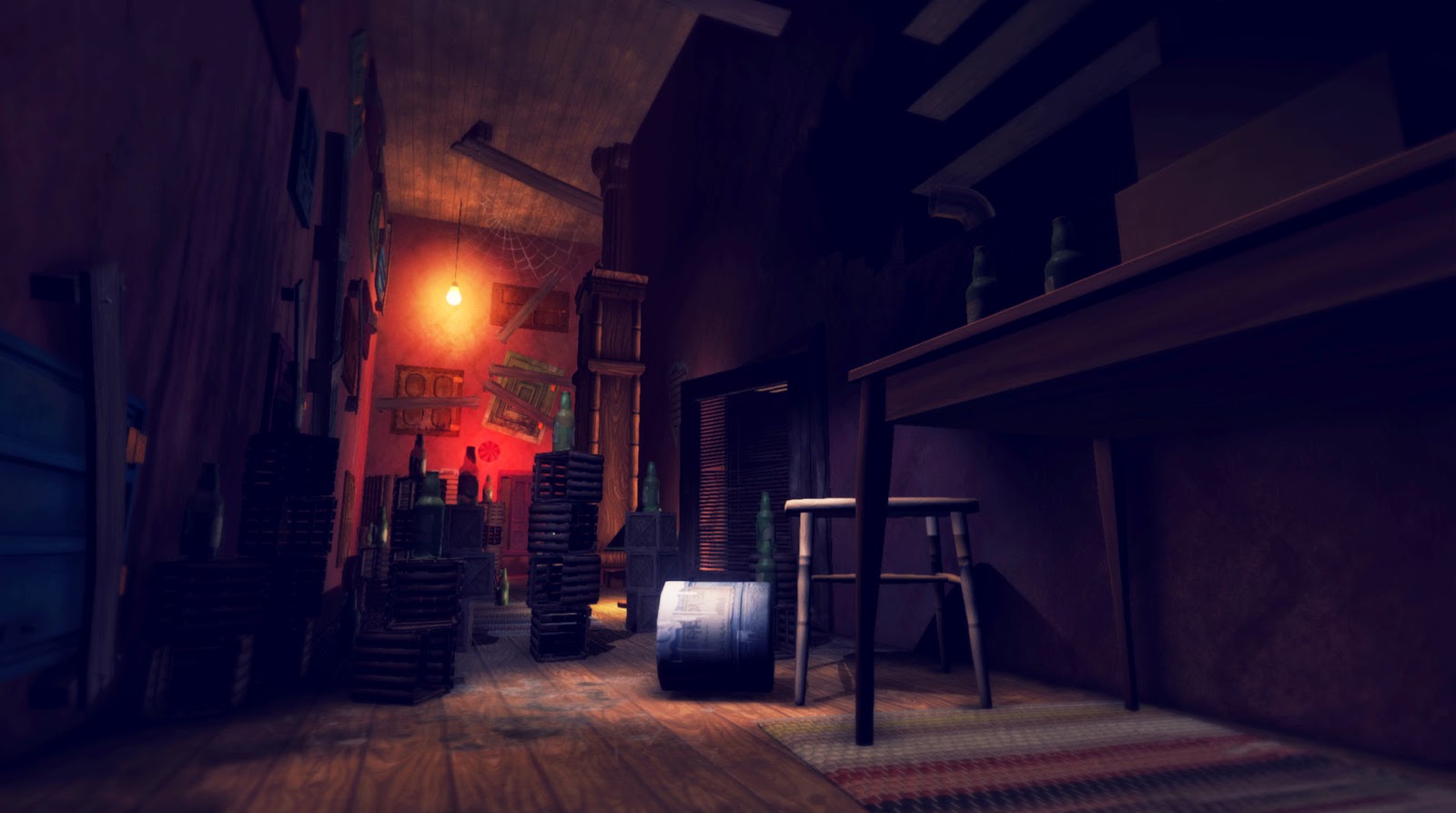 To compliment the exploration of the environments that you move “slowly” through… slowly because you are a two year old and slowly because “I am a scary cat”… there are several puzzles that can come into play. Some of these puzzles may not have worked under normal circumstances, but being a two year old they worked brilliantly. Other puzzles required picking up objects and finding out where to use them later on down the line. Regardless of the type of puzzle, they all worked fairly well in the environments that they were placed.

Among the Sleep is one of the scariest games that I have played since loading up Fear all of those years ago. Between the smooth graphics, amazingly scary soundtrack of sound effects and being nothing more than a two year old who can hug a teddy bear and not defend yourself… it was freaking scary and had my heart threatened to run away more than one time.