comments Share
You are reading
Champions of Norrath – Retro Reflections

I won’t describe in detail what you do in Champions of Norrath because it’s basically the same as in every action role playing game: you accept quests, explore dangerous places full of monsters, kill them and gather experience points (exp) and treasure. You use the exp to level up your character, allowing you to choose new skills or improve the ones you already possess. The treasure is sold in shops to buy better equipment, such as swords, bows and armor. 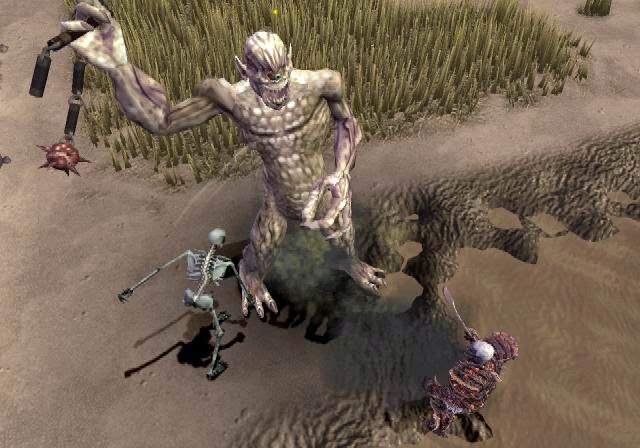 The selection of characters is adequate. I finished the game with the dark elf knight and focused on her ability to shoot disease bolts. Then I tried a sorceress, who casts various elemental spells (fire, ice, electricity). Those consume mana, which is replenished automatically or by drinking blue potions. All characters use weapons besides magic but some of them are class restricted, e.g. the sorceress is prohibited from fighting with a bow. The boss battles are frequent and make the action more exciting. The one against a hideous giant spider closes the first act.

Champions of Norrath could be considered a sequel to Dark Alliance 2 in terms of gameplay and graphics style. For example you can block enemy attacks, the interface has six main pages (weapons, armor, potions and jewels, character attributes, quests, feats) and feats either benefit your character permanently or require mana every time you want to use them. Of course the story is new and the developer is no longer Black Isle Studios. There are some other differences I would like to mention: a) Skills are placed in trees, meaning some have other skills as prerequisites. You can upgrade them many times (in DA 1 and 2 every feat had a maximum of 5 ranks) and when you do so they become more powerful and may acquire new effects, e.g. hit multiple opponents. Moreover, the screen where you see your skills looks nicer. b) When you begin the game you allocate points to your primary attributes, which no longer include charisma and wisdom. c) All character classes have a male and a female member. You can also make minor changes to their appearance. d) The load screens don’t have useful tips as in DA 2. 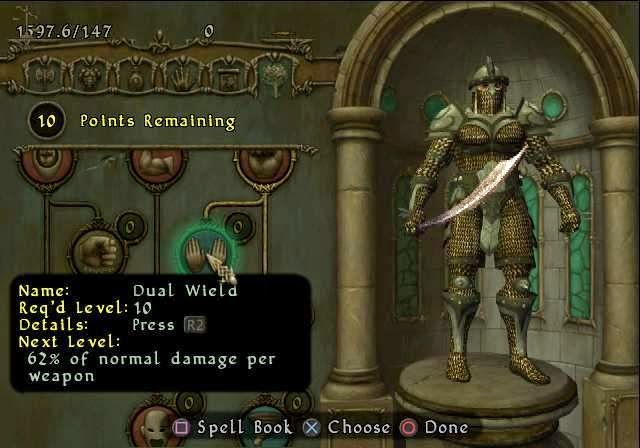 The locations change often, e.g. you wander in lush forests, creepy underground ruins, river banks, etc. The game’s world is big and becomes more appealing thanks to the visual effects, such as water ripples or fire lights. The music is epic and I like the metalic sound of weapons dropped by defeated enemies.

The control is easy to master and the automap prevents you from getting lost. The fights are fun whether you smack an orc with a staff or freeze a bunch of goblins. The game motivates you to finish it more than once thans to its simple, addictive action and different characters.

Champions of Norrath is very good but has some flaws. First, seeing the same graphics engine for a third time is not impressive anymore. Second, the story is easily forgettable and some voices are bad. Lastly, once again the abundance of potions makes the game easier than it should be.

In conclusion, if you enjoy fantasy adventures with little dialogue and plenty of killing Champions of Norrath is what you need. It isn’t better than DA 2 but it is still a solid addition to a collection.