comments Share
You are reading
Chess 2: The Sequel – PC Review

This may be one of the most interesting names to a game ever, despite the handful of words that make up the title. The idea that this ages old game could have a fully developed sequel is in and of itself somewhat mind boggling. With six different game modes to choose from, Chess 2: The Sequel certainly offers a good number of possibilities to fans of the board game. 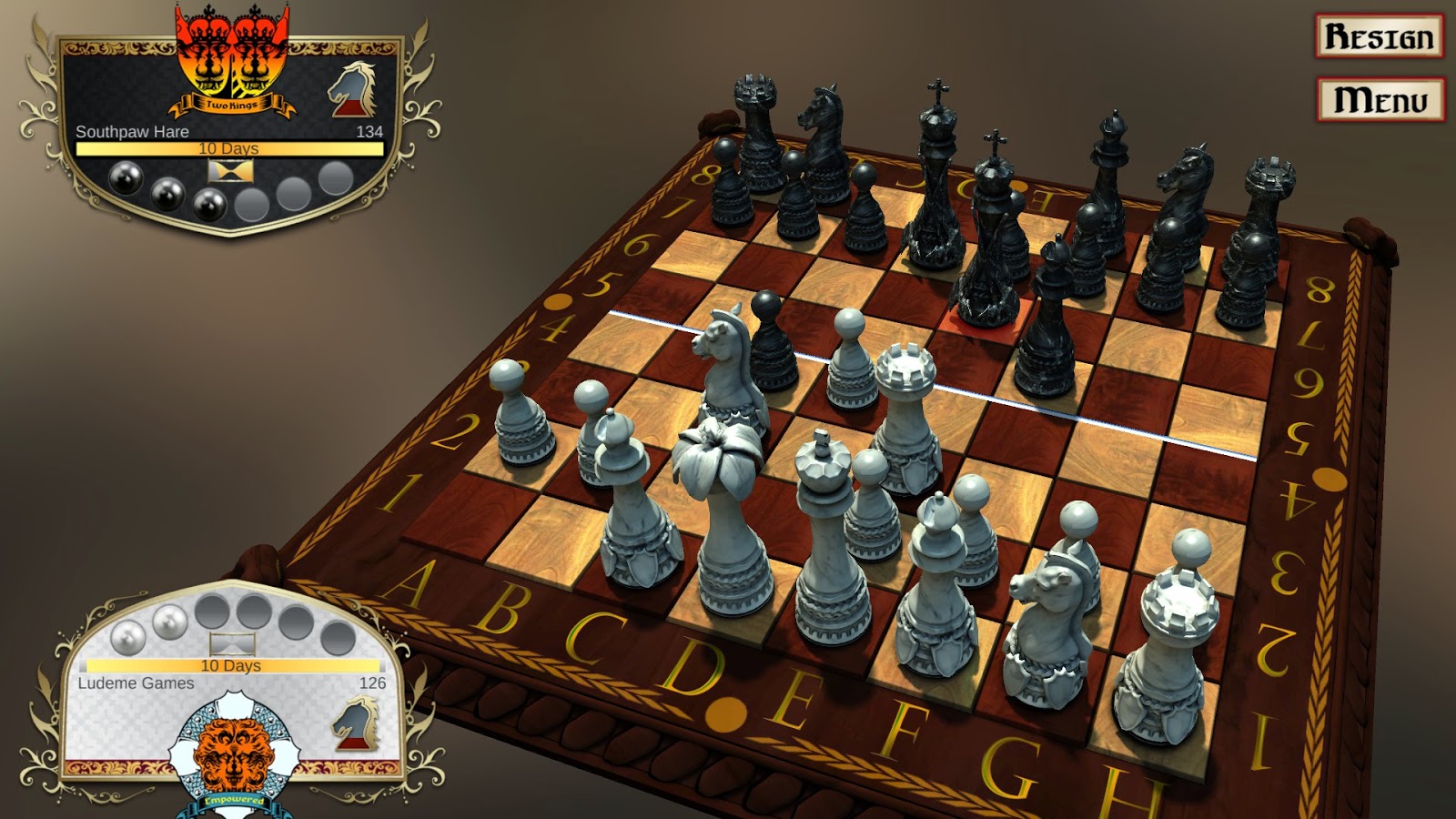 I really do love chess. I am not particularly good at it (I’m still attempting to beat my dad for the first time ever in our ongoing Pure Chess matches), but I enjoy the strategy all the same. Here Chess 2 offers Classic, Two Kings, Empowered, Animals, Nemesis and Reaper modes. While the names are certainly interesting, it is how the different scenarios play out that makes this such a unique title, especially when one considers that it is built on the foundation of such a well known game. Empowered for example allows rooks, bish0ps and knights to gain one another movement options when they are next to one another on the board. Ever seen a knight slide at a diagonal angle? You will now.

These are the kinds of things that help Chess 2 live up to its title’s rather bold claim as something that can actually be a sequel – the addition of more – than the original. These extra options on the board lend themselves to a faster paced game than the original, because there are more ways to mess up, more options for aggressively taking pieces and just a slightly quicker rhythm to the turns. It is a more flexible system of games with fair, balanced rules that make the game more about adjusting on the fly than knowing exactly what move or strategy to employ in a given situation. The lesser number restraints really appealed to me. 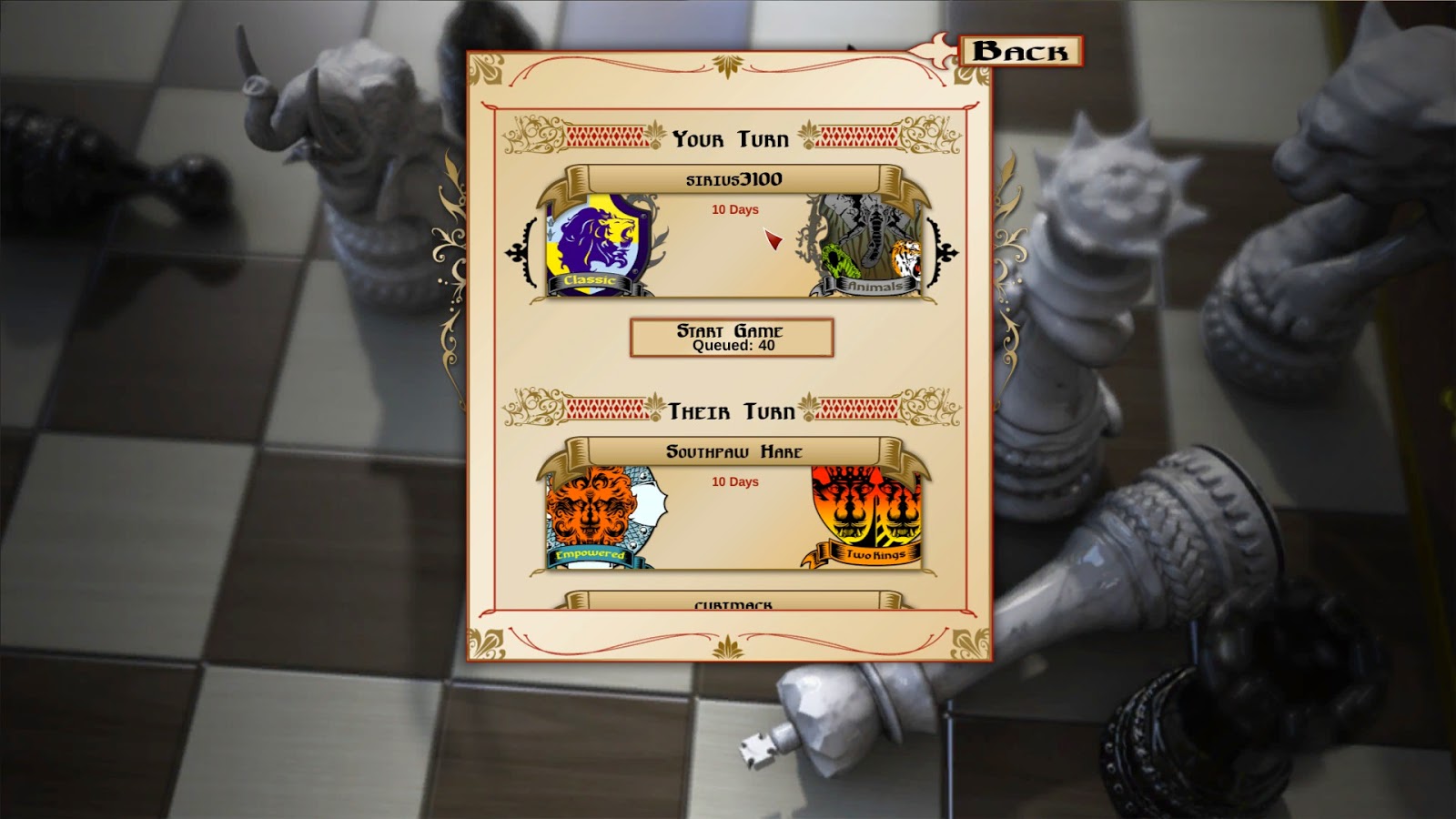 That being said, there are some shortcomings to be had here still as well. For one, the AI did not seem terribly sharp. Most chess games can rough me up pretty well, and maybe I am just adapting well to the style of Chess 2, but I certainly win against the computer more often than not. Multiplayer competition is a bit better of an experience, though I never found any sort of a chat window or method of communication with the other player. Sometimes I just want to talk a bit while I am playing.

This is actually reflective of another problem with Chess 2, which is that there is a general lack of options. The game modes are all there, and the game itself feels fine, but there is no menu. There are no options for tweaking your game settings. It feels like a rather bare bones presentation for a game with a lot of interesting depth. Lack of proper rankings also feels like a missed opportunity. The end result is a title that works well as a game concept, but feels lacking as a video game.

Overall, that is what Chess 2: The Sequel seems to be all about. The modified rules are borderline genius, taking a well-known and established game and coming up with a series of fun new ways to play it that are both balanced and interesting. The game itself however, lacks some polish with adequate visuals and slightly lackluster AI and options. If all you are looking for are the chess variants (and really, these are the most important part), then you should come away with some hours well spent. Just do not go looking for greater depth or additional bells and whistles.