comments Share
You are reading
Destiny – Xbox One Review

Hype is a dangerous thing. It helps to sell games, but it also elevates expectations. Take Watch Dogs, which was one of my most anticipated games of last year. I was beyond excited to get a chance to play it and when I did? I liked it (I scored it a 7.5 out of 10), but I didn’t love it. I have had a few other games I have been hugely excited for such Super Smash Bros, The Division and yes – Destiny. Did Destiny live up to all of my wildest hopes and dreams? No, I suppose not. Did it disappoint me the way Watch Dogs did? No, not really because I still play it daily and enjoy my time with it. Destiny may get run over by its own hype machine, but it is a good game in and of itself. 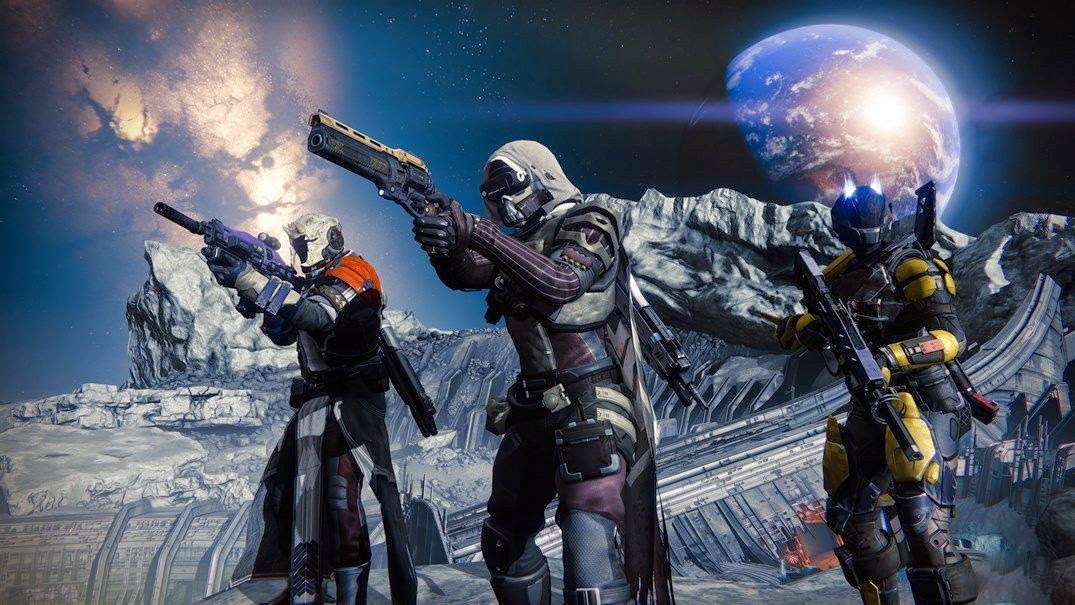 As you have no doubt heard, the story was far from the greatest ever told. It is a somewhat strange problem because Bungie told a great tale with the Halo titles. Story is the focal point of role-playing games, but that does not mean that action packed games should skimp in that area. Famously Destiny went out and got someone like Peter Dinklage to help make sure that everyone knew that they were taking the story aspects of Destiny seriously. After all, Bungie was making a shooter with RPG aspects, so to help draw in fans of the RPG genre, it made sense that they would invest in telling a good tale.

The problem is, the story is pretty average. There are moments, but Destiny is certainly more about the action than the narrative. Thankfully the action holds up quite well. Shooting is tight and combat is fun. Death is not punitive, which should appeal to more casual fans of the genre. Communication with other players is oddly limited to microphone or gestures, but it works well enough to get us through. Still, the lack of communication or economy makes Destiny feel pretty lightweight when compared to true MMORPG titles that have group tactics. 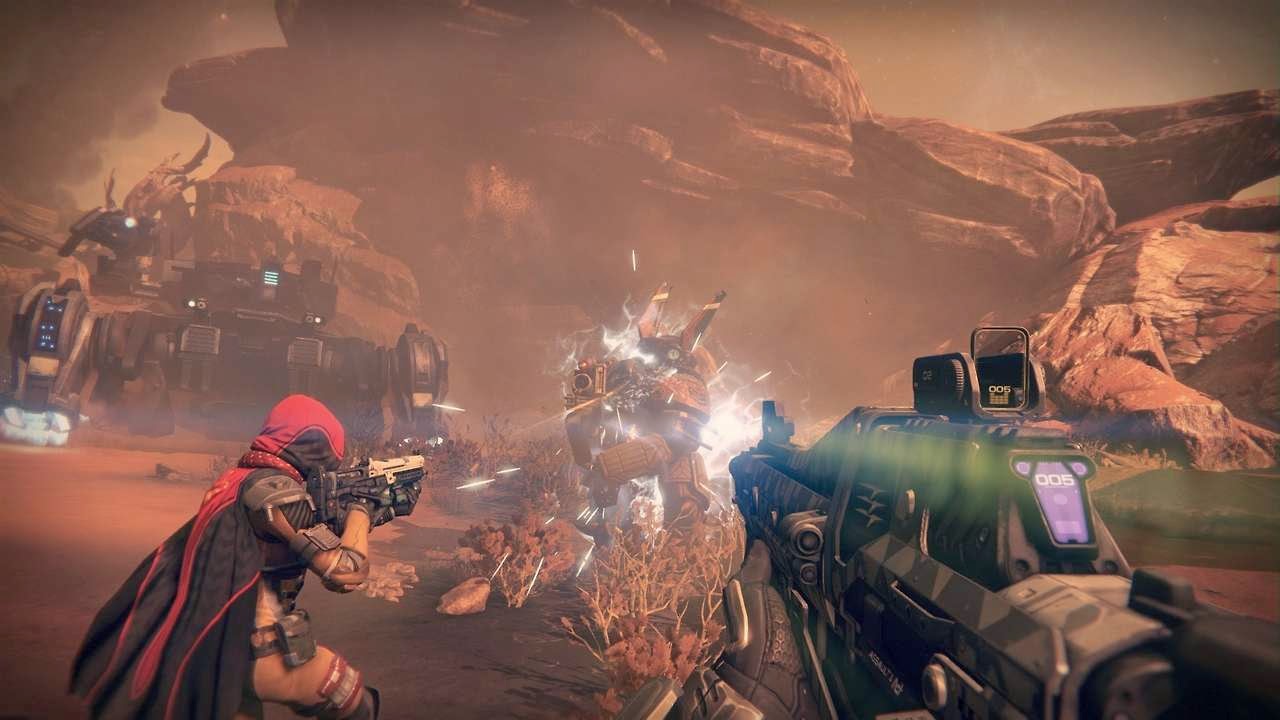 Speaking of, the classes are another weak point in Destiny. There is very little to truly differentiate the classes from one another. On the one hand, it makes sense that the developers would want to ensure parity whether you are using a Titan or a Warlock, but other than their special moves and a handful of fairly negligible stats, these classes lack the distinction found in a game like World of Warcraft where raids are about party balance. On the one hand that can be a bonus as it is easier to construct a viable part, on the other it makes the raid experience feel just a bit more bland than it should be.

Destiny has a player versus player mode that gets the job done. Only time will tell if this mode has the staying power of the Halo series, but the levels and objectives seem to be well-designed and I had fun with it, despite some one very odd design choice. I do not understand why players of all levels are matched up with one another. In theory, everyone is nerfed to have the same stats, but different weapons and skills are still available to higher level players than lower ones, which does make for a somewhat uneven playing field. Additionally, one would assume that a level 18 player has more experience with the game itself than a level 6 player. Wouldn’t the competition be more balanced and compelling if there was only a 1-3 level swing?

Of course, Destiny is built for the long haul. Ask anyone who has listened to the hype train, and Bungie plans on making Destiny a title that is actively added to for the next decade, and apparently the ‘whole story’ will not be told for some time (so here’s hoping it gets better with age). That is good news if, like me, you enjoy the game and its formula. However, if you were on the fence or disinterested in it, it is unlikely that future content will convince you to sign up. 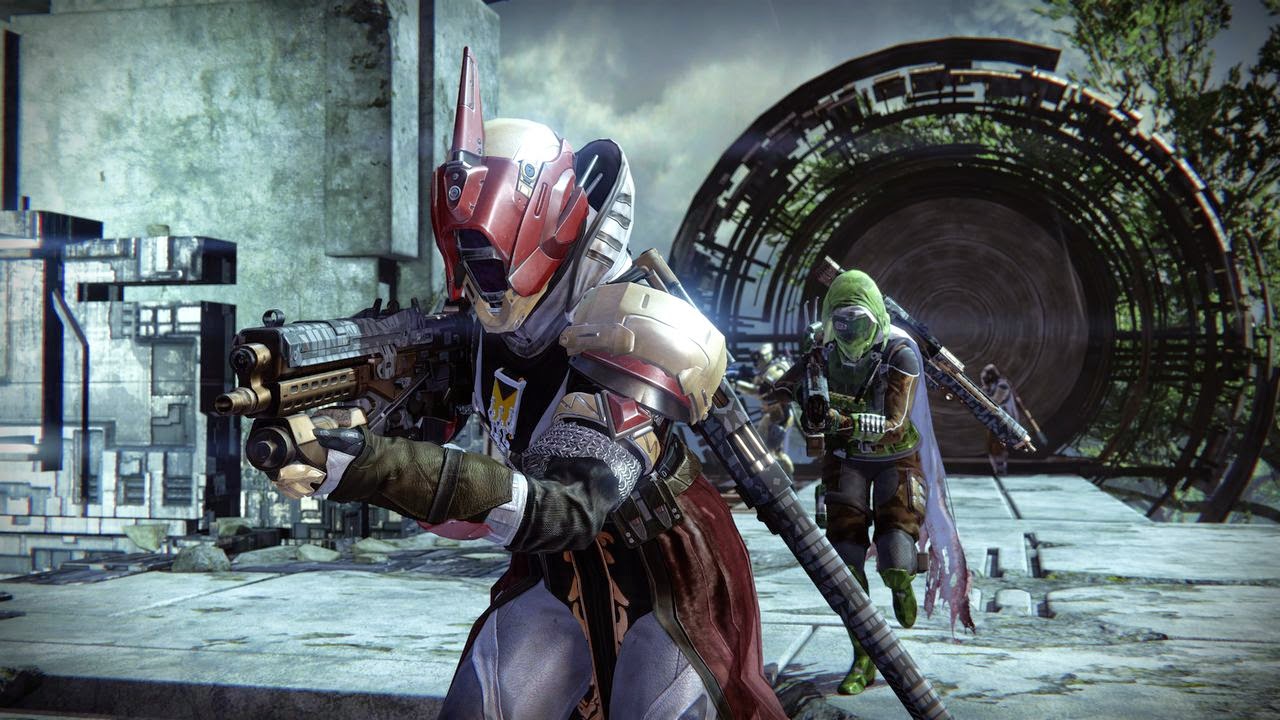 The world is absolutely beautiful, with a colorful and diverse set of terrains. The number enemies that can fill a screen is truly impressive, and the action runs at a clean, fast clip all of the while. Considering all of the gunfire, enemies and even players that can be on the screen during some of the truly impressive strike scenarios, the visuals are an impressive treat. Sound is excellent, with surround useful in some situations (such as when you are being shot at by one or to enemies. The surround does an excellent job of simulating the direction it comes from). However, since Destiny usually tries to overwhelm you with numbers and not stealth, some of that quality audio design is lost to the chaos.

I was a huge fan of Diablo III, despite how short it was, so the loot drops are an appealing reason to keep coming back. I have spent countless hours playing Call of Duty, Halo and Battlefield games so I can appreciate that Destiny is in fact a very well-designed shooting experience. I was hoping for a revolutionary, genre-altering experience just as I was with Watch Dogs. Destiny falls short of that particular mark, but it acquits itself quite nicely as a polished shooter with a few fun ways to keep you coming back for more.