It has been a good year for fans of the Hack and Slash genre with releases, or even in progress releases (Early Access) such as Sacred 3, Diablo 3’s console expansion, Heretic Shadow Kingdoms, Grim Dawn, and more. That being said, releasing one of these games this year comes with the tag of “what do you offer that they don’t?”.  While Legends of Persia doesn’t do anything spectacular gameplay wise to set itself apart from the rest in this category, it has one of the best cinematic styles I have seen in a while. 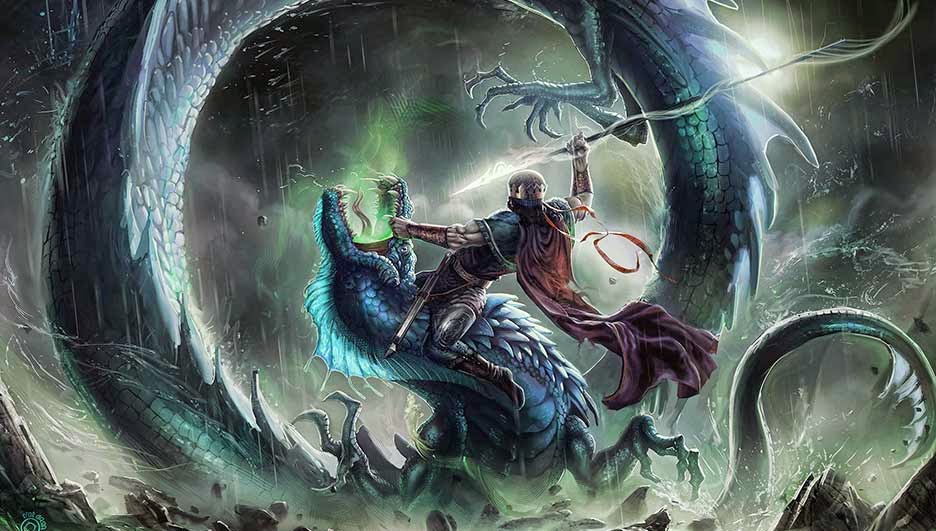 Legends of Persia follows the story of a Warrior who starts off searching for his King, finds and defends him from those that would do him harm, and continues to serve in twenty years later where the story truly takes place. What makes Legends of Persia different from other Hack and Slashes of this type is that all dialog and the cutscenes are done with these awesome art like cinematics regardless if they are voiced over or not. These make the start / completion of each level a treat as the style is completely different that the engine running the game.

Before getting started, players get to choose the look of their Persian warrior before setting off to do battle with various enemies. What I found slightly disappointing is that regardless of the three different warriors to choose from (two male, one female) each one plays in the exact same manner with the same skill selection, the same base stats, and the same starting equipment. Now while each character starts off the same, players are free to develop the style in which they choose to proceed as they pick up new equipment and have access to various close / long range skills that unlock as experience is gained. 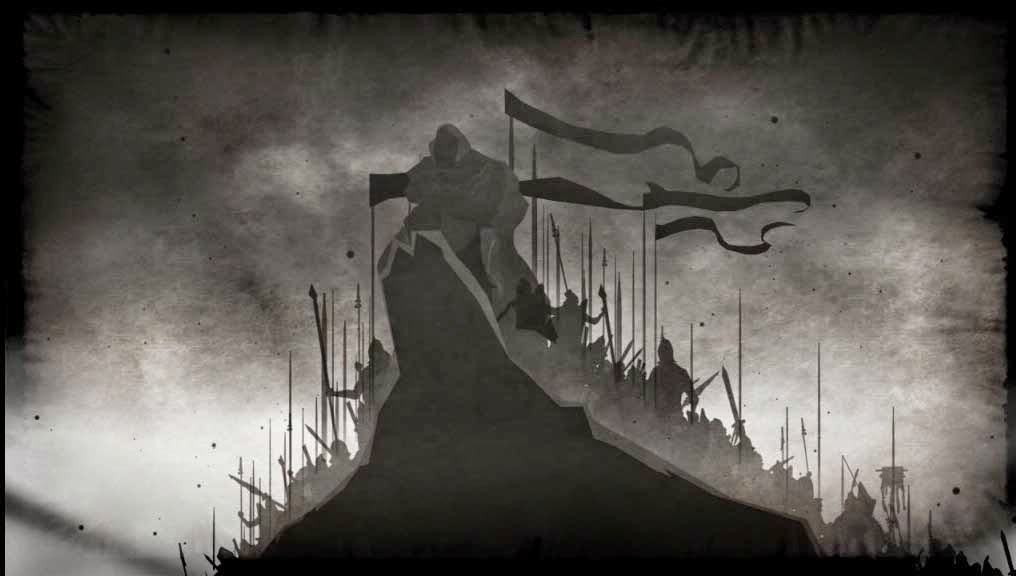 Legends of Persia plays through a level format in which there is a start and a finish instead of a more open world approach. Now while this typically isn’t a bad thing, with how pretty the various landscapes and environments are, I would have wished for them to all be stitched together into a more seamless experience with the amazing cutscenes to progress the story. That being said, the way that it is split works out just fine and is generally well contained for the level of your character as you pass through to the level’s objective. A few potions may be required, but where would the fun be if you didn’t need them?

Gameplay is fairly standard, but like Shadows Heretic Kingdom, it uses a different style in which one mouse button is to move and one is to attack instead of the fairly standard Move / Attack followed by a secondary skill. Coming off of playing multiple other Hack and Slashes of this type, it takes a while to get used to and can sometimes feel a tad awkward until you really get a hang of it. This mouse combination is followed up with four possible skill slots, mana and health potions slots, and thankfully the keys that open up the various character and option windows. This was awesome as sometimes “I” is not for Inventory and “C” is not for Character, and fumbling through can be a tad annoying. 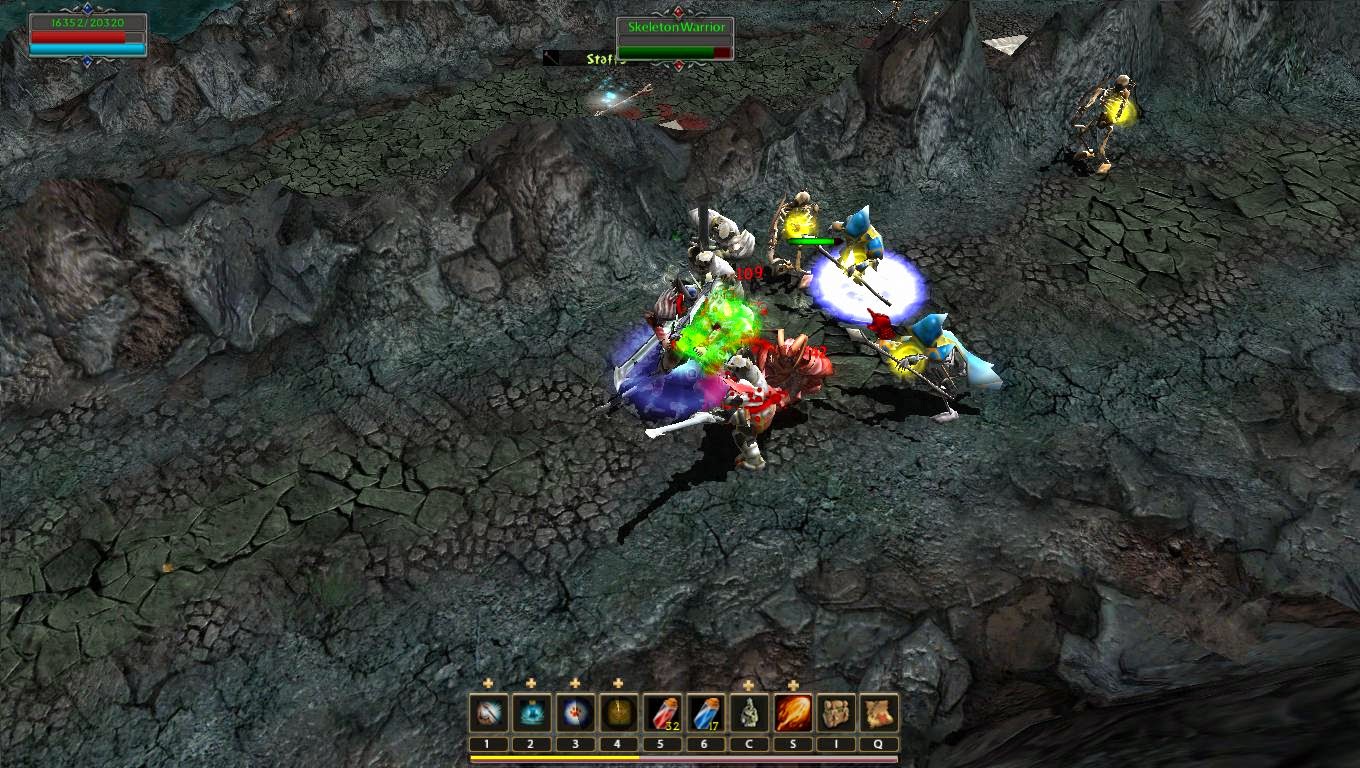 Now while the gameplay is standard, Legends of Persia throws in something new that I quite enjoyed. While players sometimes have the ability to summon a beast or a partner, which  is nothing new in and of itself, there are locations in which by spending gold players may summon one of three different types of aid that will stay until their HP expires. This turned certain portions from a hellish solo challenge to a more reasonable one as your new allies tore through the enemies ranks… as long as you have the gold of course.

Unfortunately aside from that awesome feature and incredible cinematic style, Legends of Persia sadly more often than not can feel a bit lacking. The player’s character sprite has an awkward movement and animation style that more often than not doesn’t mesh with the rest. While this can be offset by the smooth movement of the enemies as well as the possible summoned help, it still made it feel weird. What also felt a bit off is that regardless of which weapon style was used, it felt rather slow compared to the rest of the enemies. This could require more often than not a few potions just to be able to take one or two down before really being able to concentrate on the rest. Now while this could slightly be offset by the usage of skills, having your main weapon feel useless more often than not took away some of the fun.

Overall Legends of Persia is an interesting game with what it attempts but more often than not feels lacking. This being said, while Legends of Persia is a full release, it was a Kickstarter that is still receiving updates and has plenty of room to grow and evolve which would erase several of the items that held it back. I can only hope that it can reach that point as the narrative more than makes it worth trying out.