comments Share
You are reading
Master Reboot – Wii U Review

Atmosphere can do so much for a video game. Realism in an FPS, a sense of wonder and discovery in an RPG, amazing humor in a comedy point-and-click adventure and of course a sense of tension and terror in a game looking to bring a little horror into your life. The good news is that Master Reboot really seems to understand atmosphere well, creating a title light on gameplay mechanics and heavy on haunting visuals and interesting ideas. 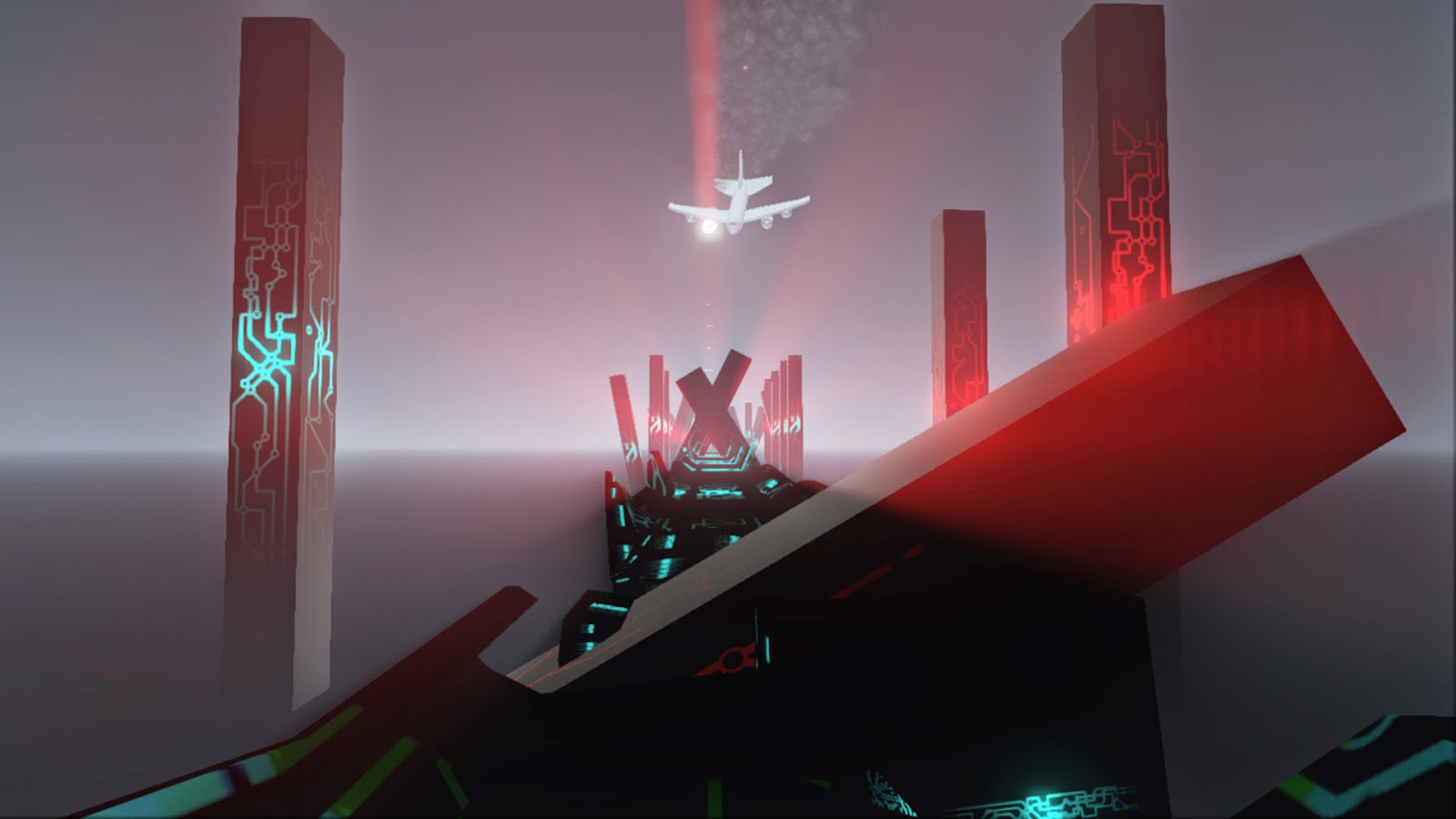 The story is a rather abstract one to start. Where do we go when we die? If our memories are uploaded someplace, does that in fact grant a level of immortality? What happens then, when others try to access these memories? Worse yet, what happens when something in the system goes wrong?

Master Reboot drops you off in the middle of an island with no real context or story. It allows you to wander about and explore, interacting with things in the environment. Early on there is simply running and jumping, but later stages slowly add more elements. They might be as simple as chopping through fallen trees obstructing a path, making incredibly high jumps from one watery platform to another off of springboards or simply figuring out a geometrical set of puzzles in a park.

Master Reboot does an excellent job of layering the story in small increments, leaving it somewhat vague along the way. This works well, giving you a sense of discovery along the way while not being spoon fed dialogue or lengthy exposition. It is more about exploration and the small bits of information left along the way. 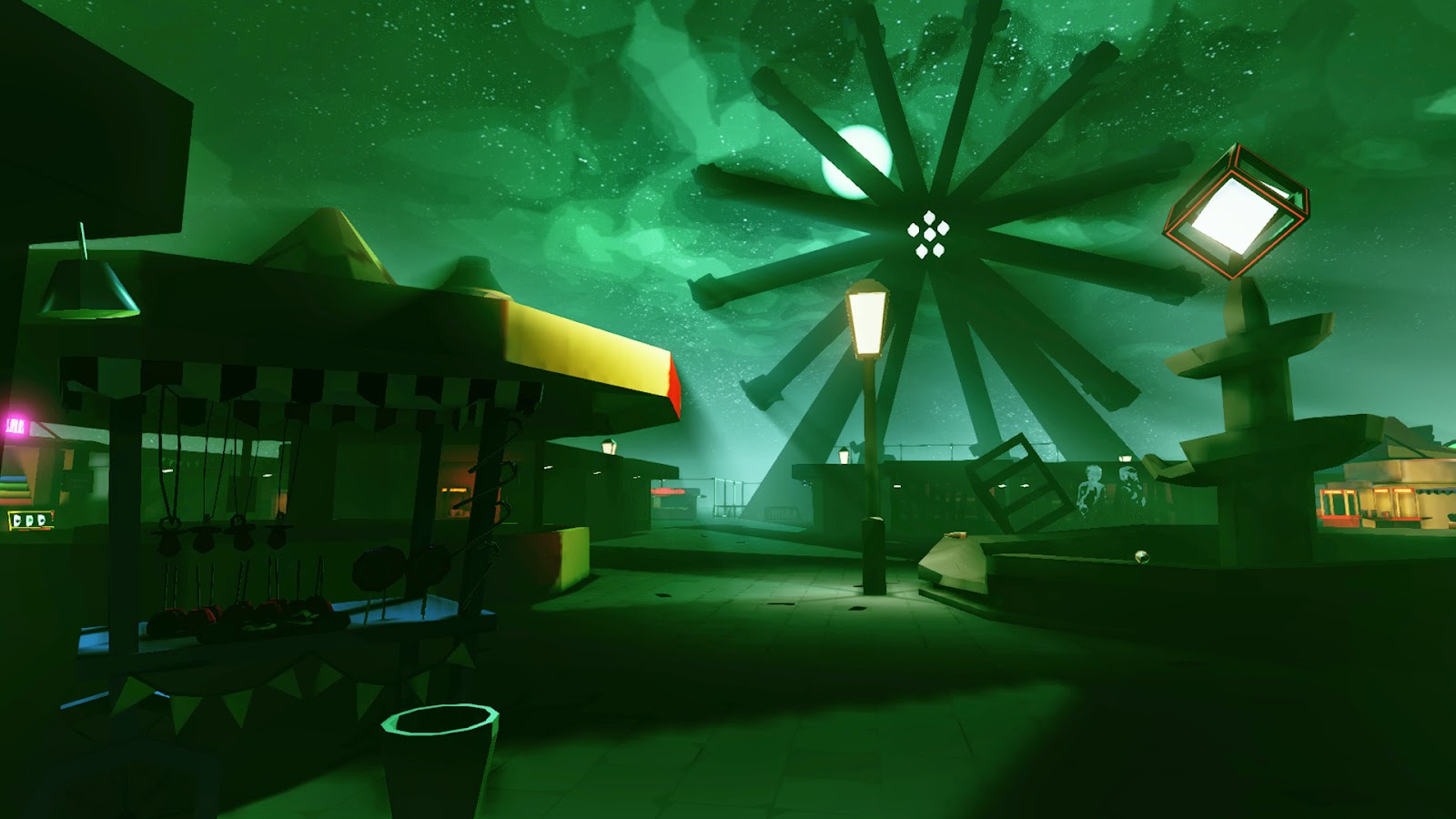 The setup is actually brilliant, but it is the execution I found lacking. Some of the puzzles felt right at home in the current situation. It is interesting to deep dive into what might be a favorite holiday or playground or interaction – that we might somehow one day cheat death by harvesting these moments in time that really make us ‘us’. However, it is clear early on that something is wrong. Without getting into spoilers, this is where the tension comes into play.

Master Reboot is shown from a first person perspective, making the journey more immersive because you are seeing events through the character’s eyes, making them your own. The visual style is interesting, impressive even at times. The use of color and light is appealing and haunting thought it lacks detail at times and certainly does not have the sort of constant movement throughout that will strain the processing power of the Wii U. The music compliments the visuals as well.

The only two areas where Master Reboot seems to fall short however, are critical ones. The controls felt odd – ‘floaty’ even for lack of a better term. They just felt loose. Precision controls are probably not a must here – after all the platforming is fairly basic and this is not Destiny or Titan Fall where shooting mechanics need to be well-oiled. That being said, it was sometimes very unclear where to go, how to go or even if I should be trying to go in a particular direction and when running and jumping were involved, the mechanics did not always feel particularly clean. 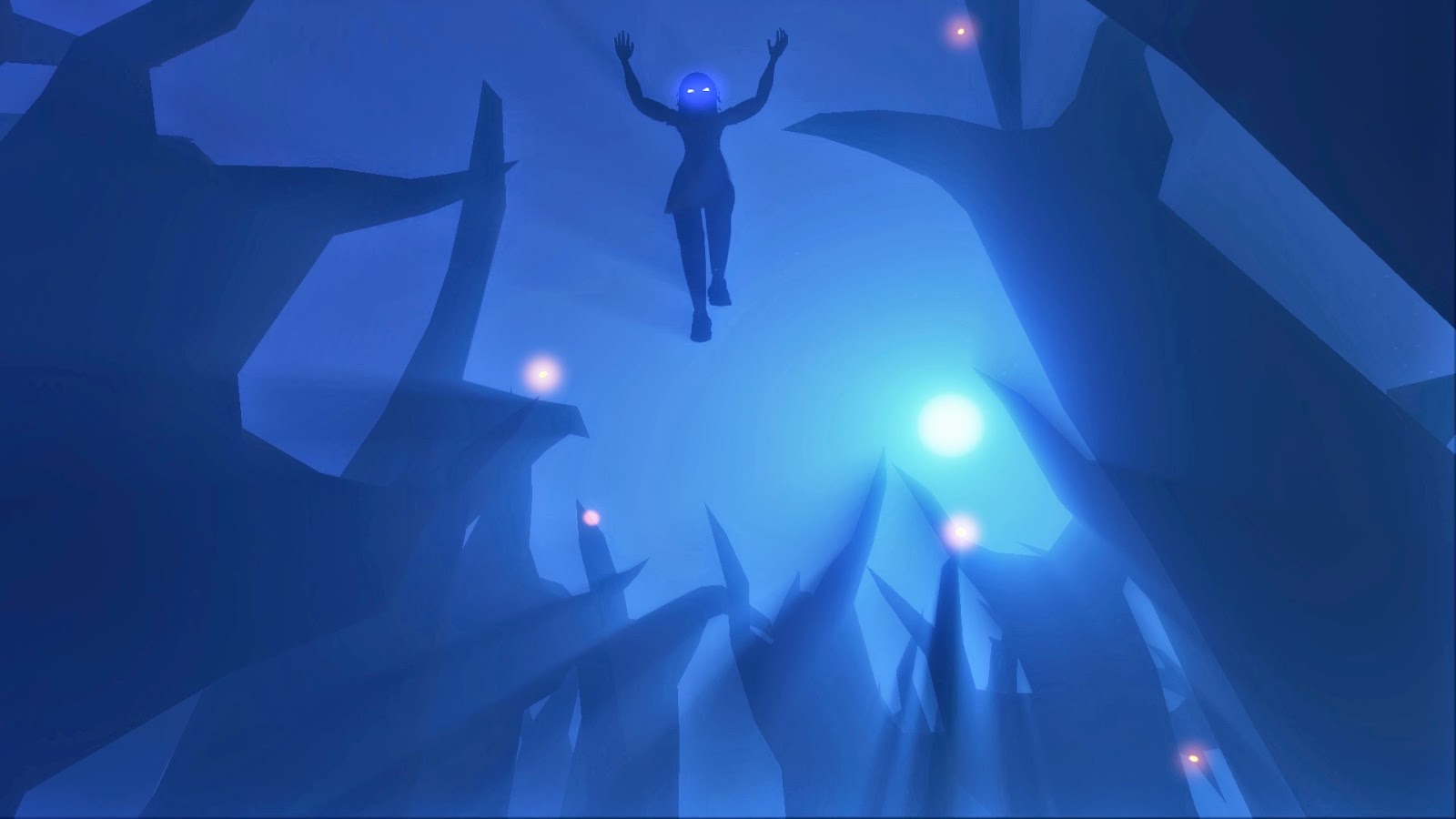 More disappointing however, was that some of the puzzle elements felt like they were tacked on or poorly executed. Many of the puzzles work just fine within the context of the scene, and there are a lot of different scenes to play out during the game. However, a lot of the puzzles just felt off, almost like they were being included to ‘make it a game’ when perhaps Master Reboot would have fared better as simply an experience. In a game about life after death, failing/falling/getting ‘killed’ – there is a feeling of ‘meh’. There are no lives. You reboot to the start of the zone, no worse for wear.

In these instances, Master Reboot loses some of its bite. I’m not proposing three strikes and you are out, but you can fail quite easily in some portions (the raining launch pad area ‘killed’ me lots) and those zones just become monotonous because you dust yourself off and do it again. Still, some of the creepy atmosphere feels squandered because moments like this or where puzzles just do not fit pull you out of the experience as if to remind you that yes, you are in fact playing a game.

Master Reboot is a good effort that does some things right, but has some missteps along the way as well. It is an interesting experience, fun at times too, but too often feels like a series of good ideas that fail to be completely delivered on. It comes across as a failed promise in the end that falls jus short of being a really good experience and has to settle for being an adequate game.