At a glance, Natural Doctrine should be a title that I immediately fall in love with. I love the RPG and strategy genres, and when they are blended together, I spend hours upon hours considering how to best level up my characters and approach the tactical situation. This dates back to older titles such as Shining Force and Warsong, but also newer games such as King’s Bounty and Fire Emblem. Natural Doctrine does some interesting things but somehow manages to make a challenging title that misses the mark in enough places to hold it back. It is a shame, because I was coming into this hoping and even expecting
to love Natural Doctrine, but in the end I only found myself liking it –
and I suspect I am the target audience, so others may not be so
forgiving. 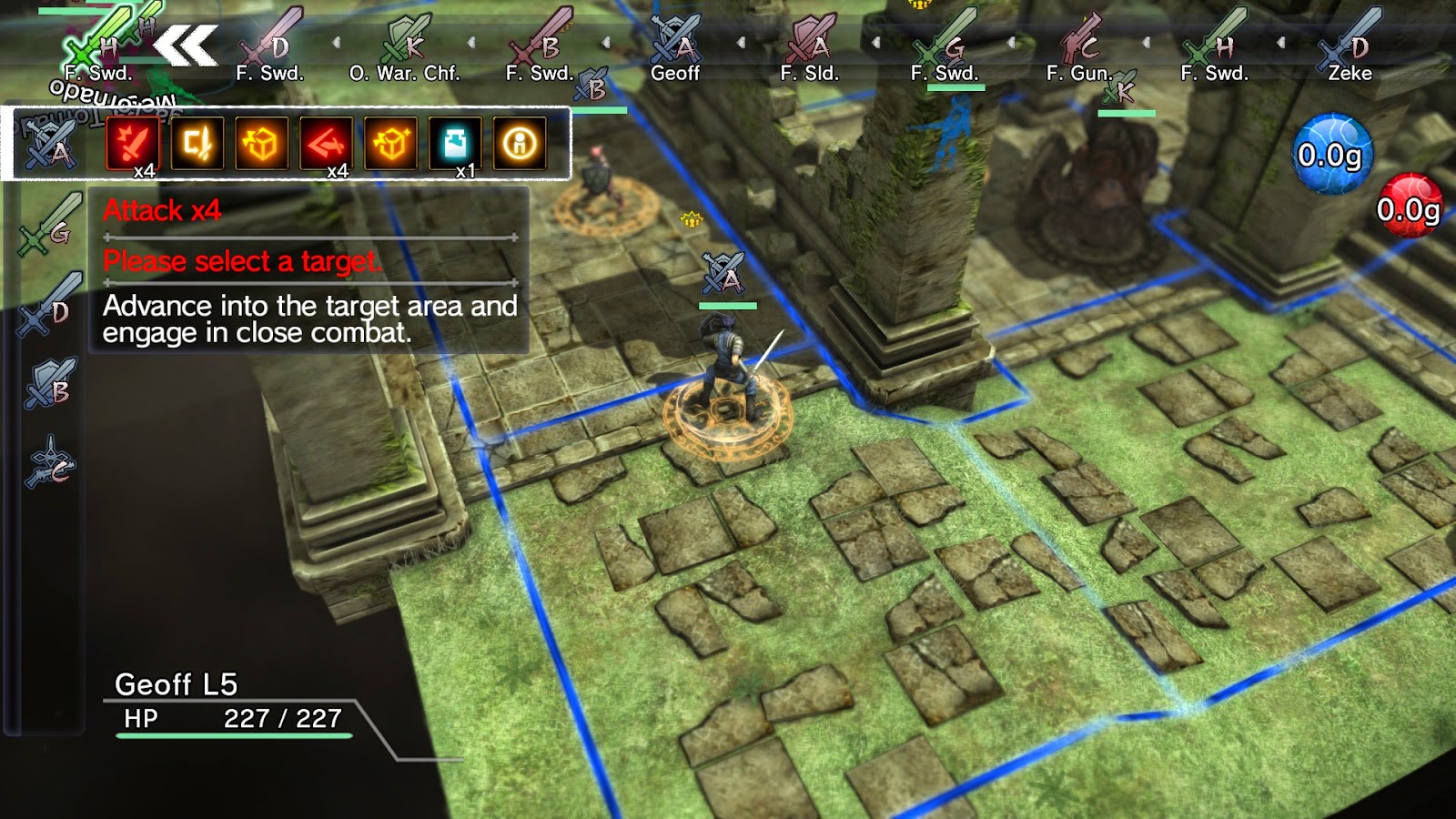 Visuals and story are of course good things to have in any game, but here they feel somewhat glossed over. That is not to say Natural Doctrine is an ugly game, just that it is hardly making great use of the PS4 hardware. There is cross save functionality here and I played the title on my Vita, PlayStation 3 and also the PlayStation 4 (where I spent the majority of my time and as such am writing my review for that console), and there was really no notable difference in either quality nor performance.

The story is similarly ‘there’, but neither terribly motivating nor memorable. It does pick up after a fairly slow start, but in the end I found myself more interested in maximizing my character stats than where the actual tale itself led. It really does feel like the majority of the work here went into the combat system, which is rich and full of details, but perhaps a bit too bloated for its own good.

The basics are simple enough, with characters who move around in squares of space freely, developing lines of sight on opponents. There is a clear cover system at play here, as well as the ability to link your teammates together so they can execute improved attacks. This plus turn order really form the core of what Natural Doctrine’s combat is about. However, the mechanics go much deeper than this. In fact, there are so many layers of mechanics in place that there is a banner or ticker perpetually running along the bottom of the screen to remind you of possible commands and strategies. 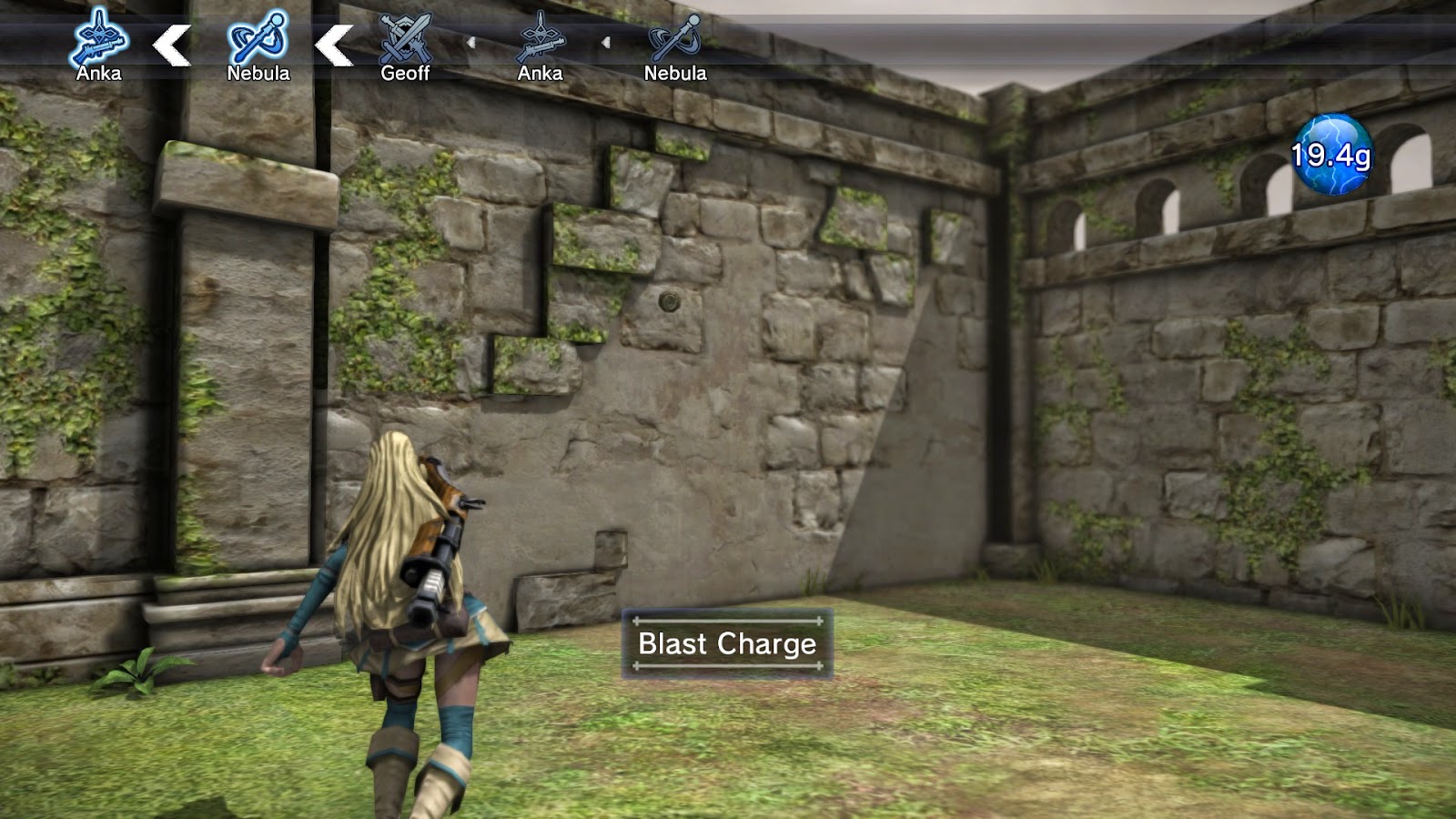 Think Dark Souls for turn-based tactics. It sounds good in principal. and it was clearly an inspiration for the team here, but in Dark Souls I often feel like death (though frustrating) is fair. Here that is not always the case. There is a level of nuance in where every character needs to be standing at any given time while being outnumbers by as much as three or four to one, that Natural Doctrine begins to feel punishing, even cheap at times. There is a difficulty option to help dial things down, but do not go in thinking that easy is anything but easier. Were the encounters not usually so long with so many stages, this might not be so frustrating. Spending nearly an hour playing through an impossibly stacked scenario only to die and lose all that progress and steam really does break one’s will to continue at times.

That is a shame too, because the core systems are solid and character progression is interesting. Being able to customize how your characters develop is actually a lot of fun. Not only does it allow you to tailor characters to your particular strategies, but the system encourages experimentation due to the penalty-free respec options.

Of less fun is the way magic is handled, which is powered by a non-recharging energy source called Pluton. It is shared party-wide (though most of your party will not have skills that use it) and forces you to take the party on side-hunts for more, killing the flow of the game and its already skeleton-thin storyline in the process. This fits hand-in-hand with the really slow pacing of Natural Doctrine. Do not get me wrong – I hardly expect my tactical games to be played at a breakneck pace, but the level of intricacy forces you to make a lot of really small, subtle choices. For example: friendly fire. Instead of just telling you that your ranged combatant lacks a line of sight with your enemy, it will let you shoot some unaware comrade of yours in the back of the skull instead. This forces you to examine all angles to a degree that drains fluidity from the gameplay. 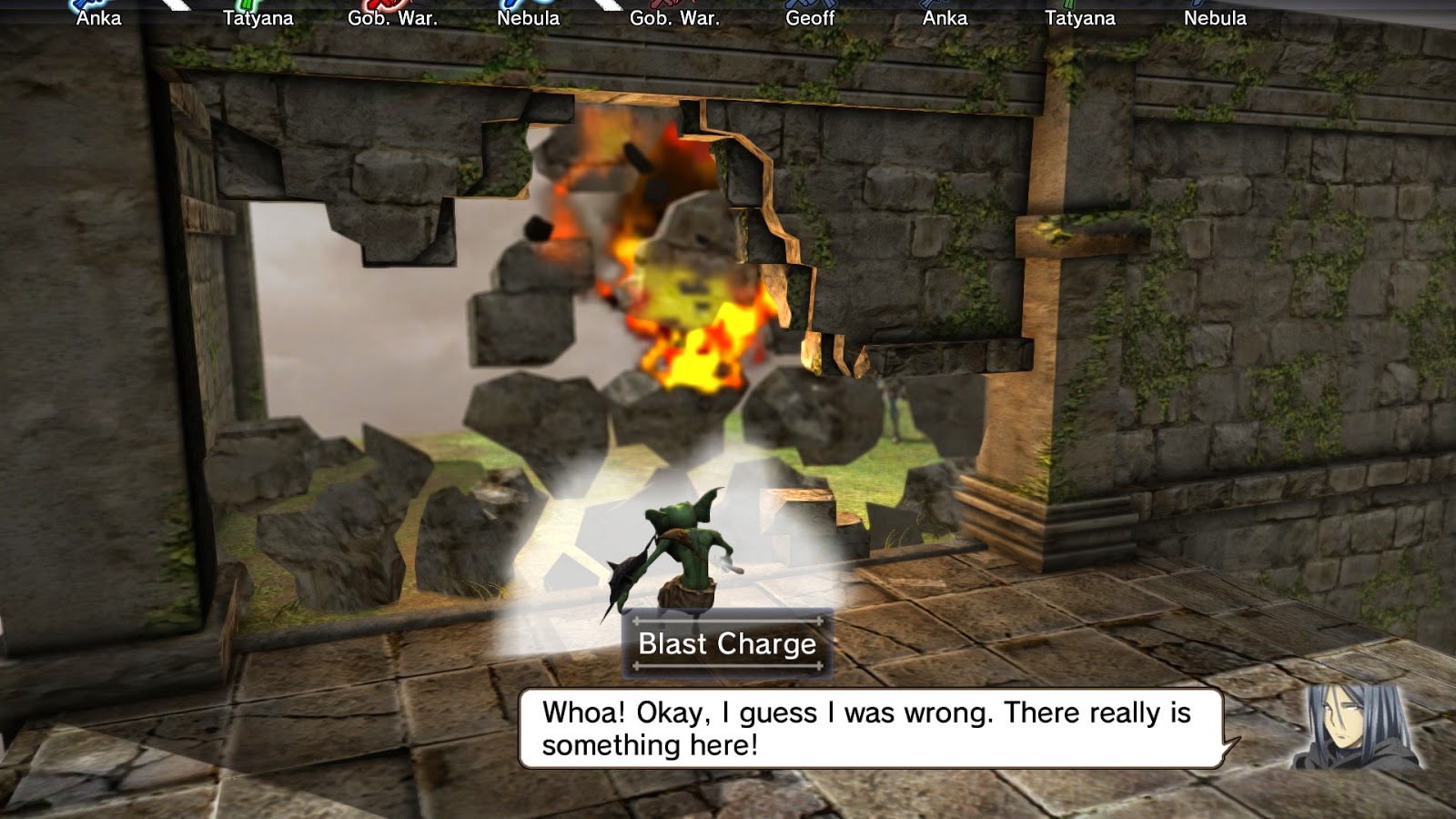 I understand wanting the game to be challenging, but I look for a game that is beating me with superior tactics, not lack of save points, finicky light-of-sight systems and instructions that could fill a novel. There is absolutely a place for deep, nuanced strategy, but it sort of feels like Kadokawa Games got in its own way here and in the process of trying to create a different, challenging experience, forgot that most people will not find this sort of pacing to be fun.

It is a shame too, because there are certainly redeeming aspects to be had here. Level design has levers, secret doors, higher vantage points that all play out with a really nice 3D view. It is nice to finally see higher elevation as a reality instead of a simple statistical bump in a numbers-paced system. Linking companions together is fun and makes you very aware of the space around your characters and the potential cover they could use. Exploring the overworld map and grinding out some levels and finding a secret passage with a ridiculously overpowered troll was actually a thrill (despite getting my bottom handed to me the first time – but you better bet I kept him in mind for later).

Those are the kinds of moments I really love in these types of games, and they do pay off. The problem is primarily the overly slow, almost tedious system with is layers of rules that cannot keep from getting in their own way. It is all quite logical (except the friendly fire bit), but none of it is user-friendly. It creates a high barrier to accessibility that keeps Natural Doctrine from ever realizing its full potential. Incredibly diehard strategy fans will find something to like here, but it is a lot of work to reach the fun trapped beneath the surface.