Aragorn’s Quest is a hack ‘n’ slash game based on the Lord of the Rings trilogy. In case you recently came to our world, this is a famous series of fantasy literature books with the following story: a small group of fighters, a sage and four hobbits, small peace-loving creatures, decide to make a long, perilous journey in order to destroy a magical ring searched for by an evil sorcerer who wishes to enslave the land with a vast army of monsters. 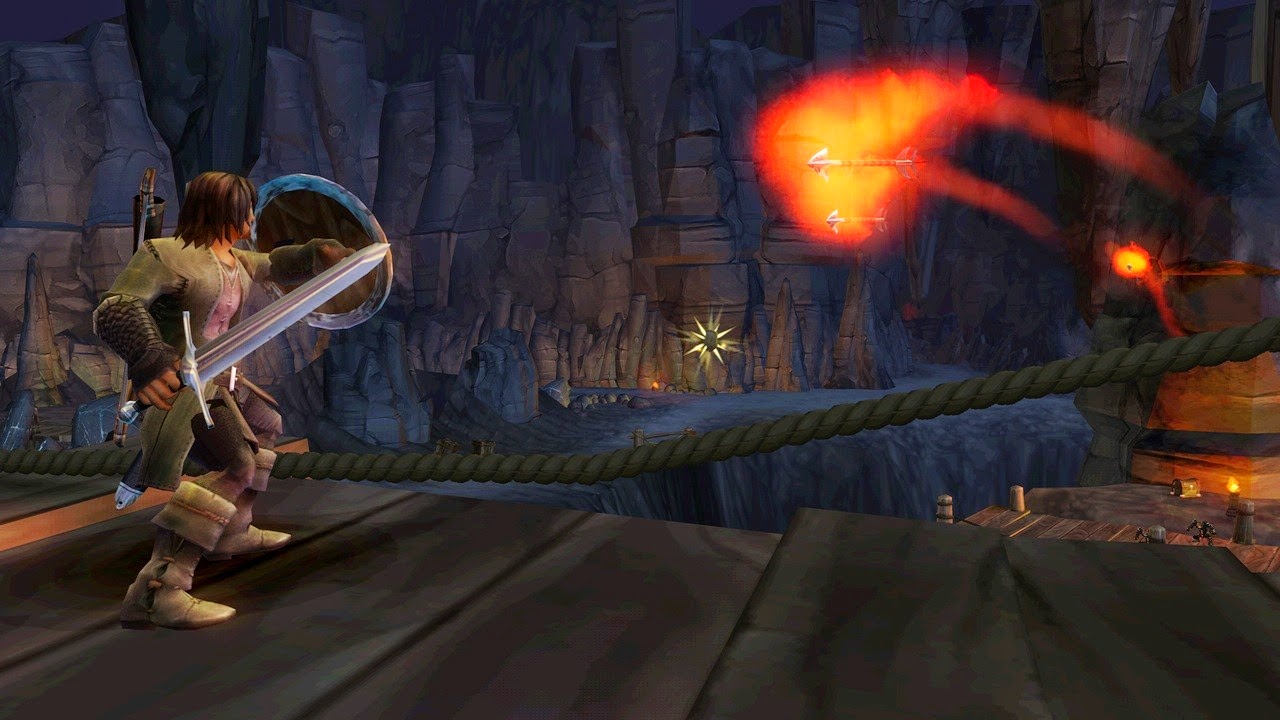 I lent the game to a friend of mine who is a fan of the trilogy and he abandoned it very quickly. He said it was poorly made and not worthy of the books. He has a point. Aragorn’s Quest is low budget and seems addressed to children: the graphics are bright and colorful, almost cheerful at times, with plain textures and scenery (which becomes ugly in a couple of occasions). The action consists of killing small groups of enemies such as bandits, orcs and wolves with a sword. The other members of the fellowship never appear on screen and the cut-scenes are pathetic (just a hobbit narrating to his kids).

In addition, Aragorn’s Quest lacks challenge: monsters deal low damage and leave orbs of health when defeated. Bosses aren’t hard either, for example when you cross the infamous bridge of Khazad Dum the fire demon is easy to deal with and you cannot even fall in the chasm below since your character jumps automatically when he is near the edge. Puzzles are solved effortlessly because of the unnecessary clues provided. Lastly, the music is pleasant but is repeated more than it should. 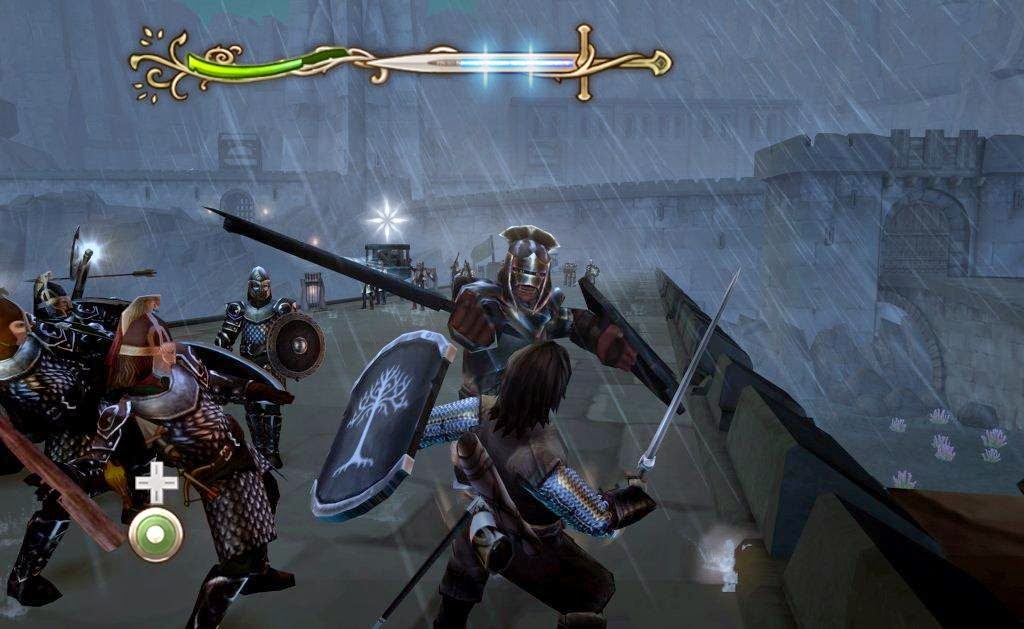 So, Aragorn’s Quest certainly doesn’t stand out in the vast PS2 library. However, I enjoyed it for several reasons. I was able to perform simple, effective, well animated combos and special moves that strike multiple enemies at once. Blocking and dodging are among your combat options, although the latter is more difficult. Quests are interesting and include defending the walls of a city under siege, burning the catapults of an orc camp or collecting pieces of metal to construct a powerful sword in a dwarven forge. Some locations captured my interest, e.g. a snowy mountainside with roadblocks or the halls of the dead, with green, eerie lights and magical bridges connecting distant platforms. 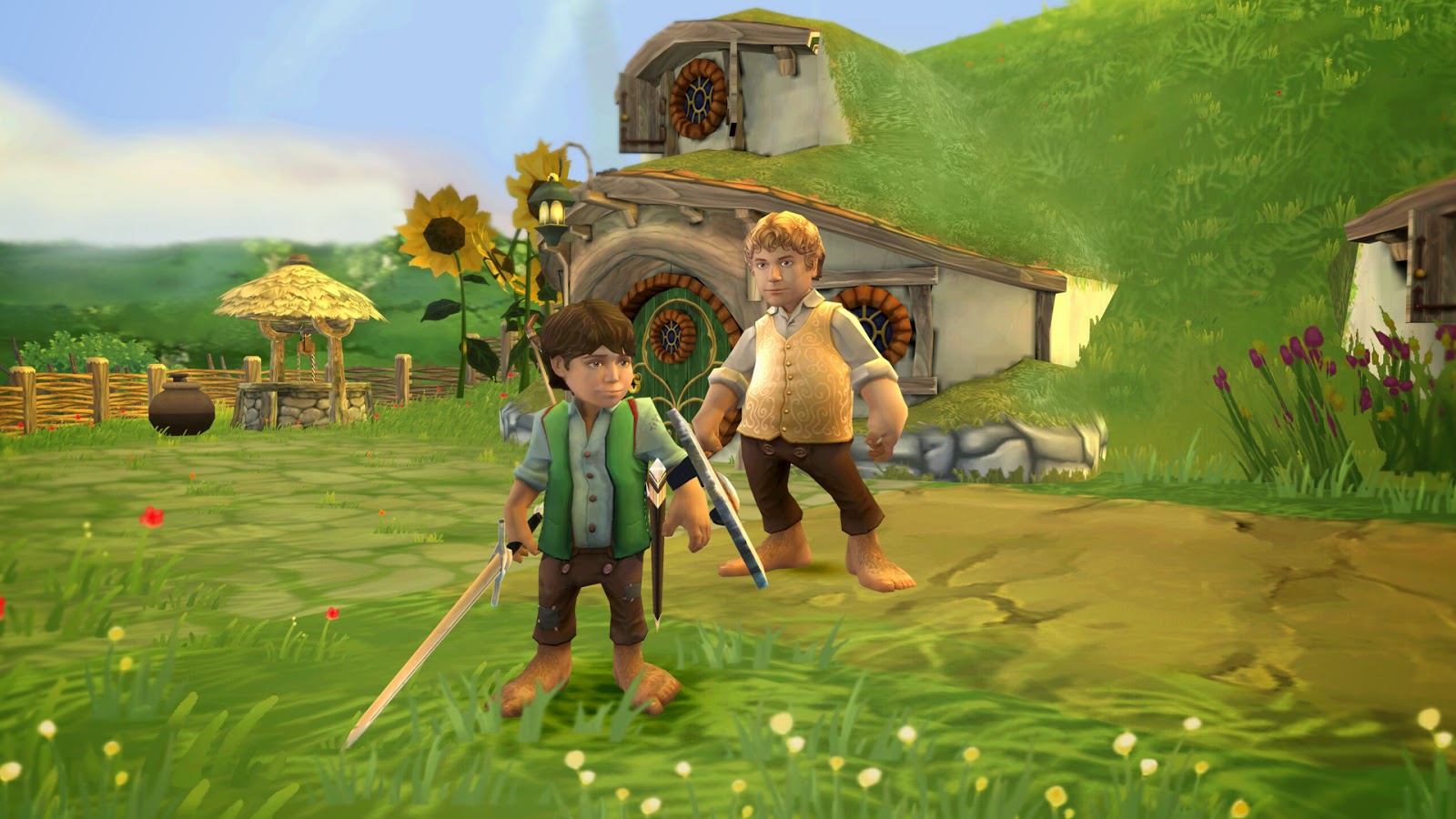 Being able to equip items that boost attack or defense is good and the interface shows what you are currently wearing with nice pictures. Special moves are done by consuming morale, accumulated by slain enemies. New moves are unlocked with points earned when you level up and they keep the action fresh. I liked using the bow to take out archers or eliminating group chiefs, who heal their allies. Some boss battles are memorable, for example the one against a giant octopus, which grabs you with its tentacles, or Sauron, who commands evil minions. Finally, there is an arena mode, where you face waves of opponents and must fulfill certain conditions to win items. 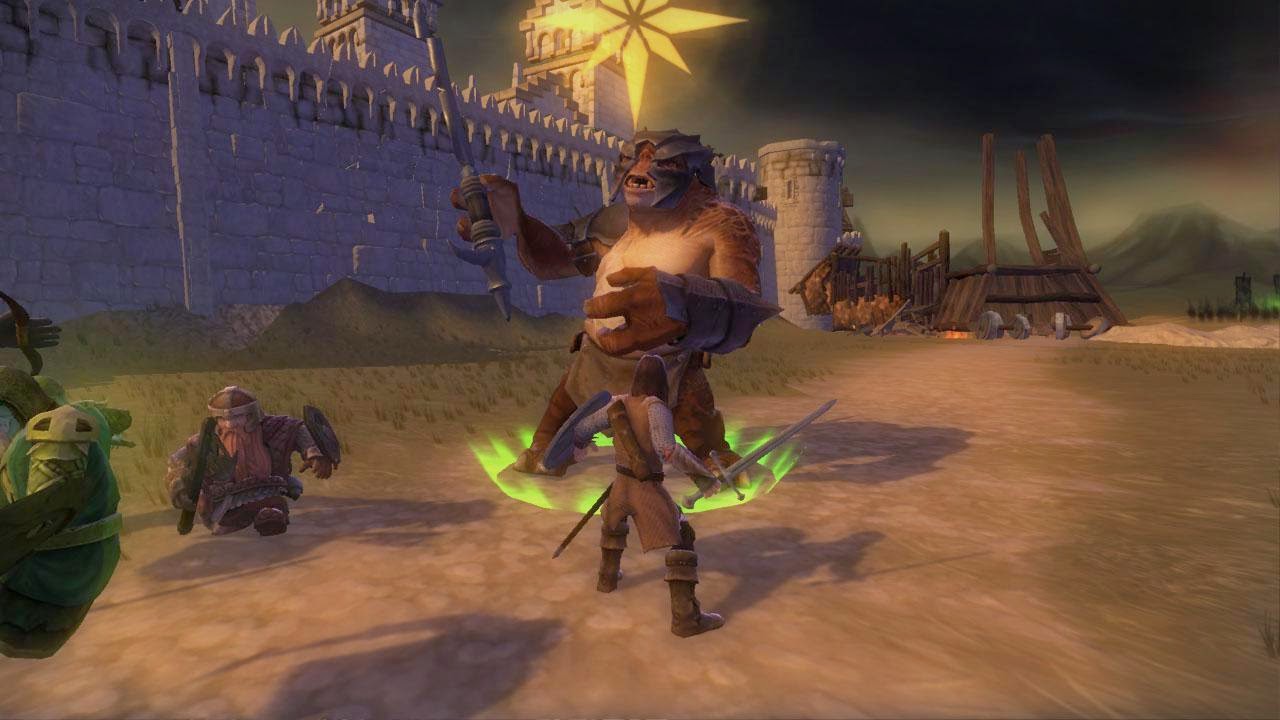 Aragorn’s Quest is short, simple and far from being great. It lacks the dramatic atmosphere, lengthy quest and complex action you would expect from a Lord of the Rings game. Nevertheless, I had fun while it lasted. Sometimes, undemanding hack ‘n’ slash action is all I need.

Posted by Chalgyr's Game Room
Follow:
The main account for Chalgyr's Game Room. Contains articles by the administrators for site updates, team articles such as our Games of the Year awards and articles by previous contributors.
Previous Article Core 3300 by Fractal Designs – Hardware Review
Next Article Phantasmal nearing Kickstarter goal