About two months ago I was given the opportunity to do an extremely early preview of Battle Academy 2: Eastern Front. It was such an early preview that the title was not even listed on Steam yet so I felt very privileged to get such an early look into the game as it was being developed. Fast forward two months and Battle Academy 2: Eastern Front has now been officially released into the wild and here we are, revisiting the old country again, this time as the Red Army a it marches its way towards Berlin. 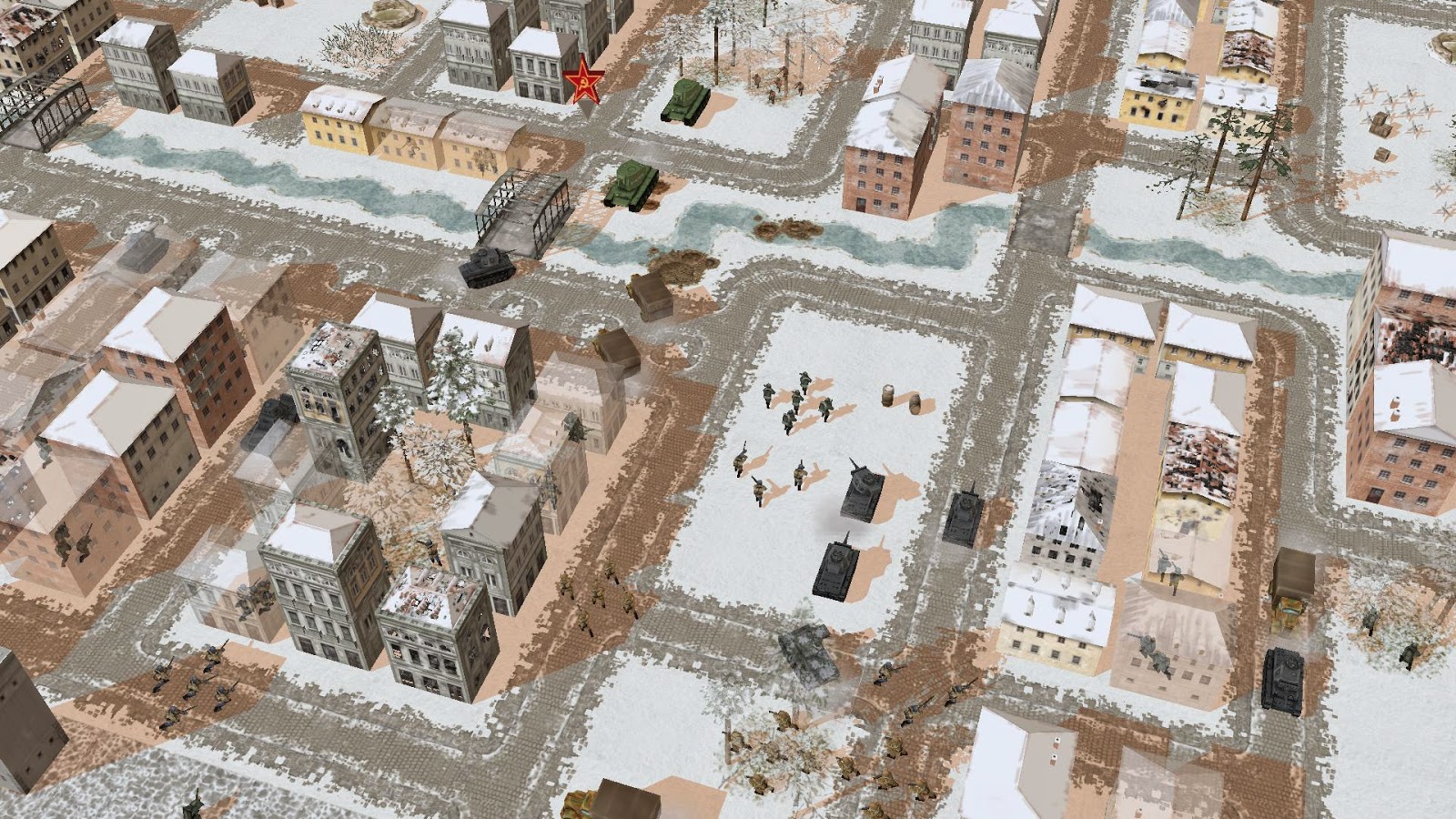 World War 2 happens to be one of the most over-used settings for video games, spawning literally hundreds of games based around the pivotal era in world history. Other genres, such as the first person shooter or real-time strategy genres, have moved well beyond the second World War as it was beginning to feel its age. A majority of gamers were just no longer interested in the old technologies; they wanted something new, explosive, and more science fiction-y (or they just wanted more Call of Duty). The full strategy genre though has still seen breakout hits set in World War 2, such as the first Battle Academy, and these types of games tend to be geared more towards the older audiences or to those that are into chess-like board games and not the glitzy and glamorous explosions of Battlefield 4 or Call of Duty. Can Slitherine keep breathing life into this tired old setting with Battle Academy 2: Eastern Front?

Given how early in the development process my preview was it was a given to experience some tearing or graphical glitching. Certain would not load or the edges of the game board would fall off into space. Fortunately those were all cleaned up, the tearing addressed and I did not run into a single endless void throughout the many hours destroying the Third Reich. In fact the engine was quite nicely optimized and I was running at a cool 60 FPS at 1080p; something that I could not do in the preview due to early development and poor optimization.

Particle effects for explosions and smoke are clean, well animated and look great from any angle. I previously mentioned that it was a bit difficult to go through and locate infantry units that were in trees or buildings and since that preview Slitherine added a darker and more striking unit logo that shows the unit’s rank which made picking out the units much easier so that is something that is exciting to report. 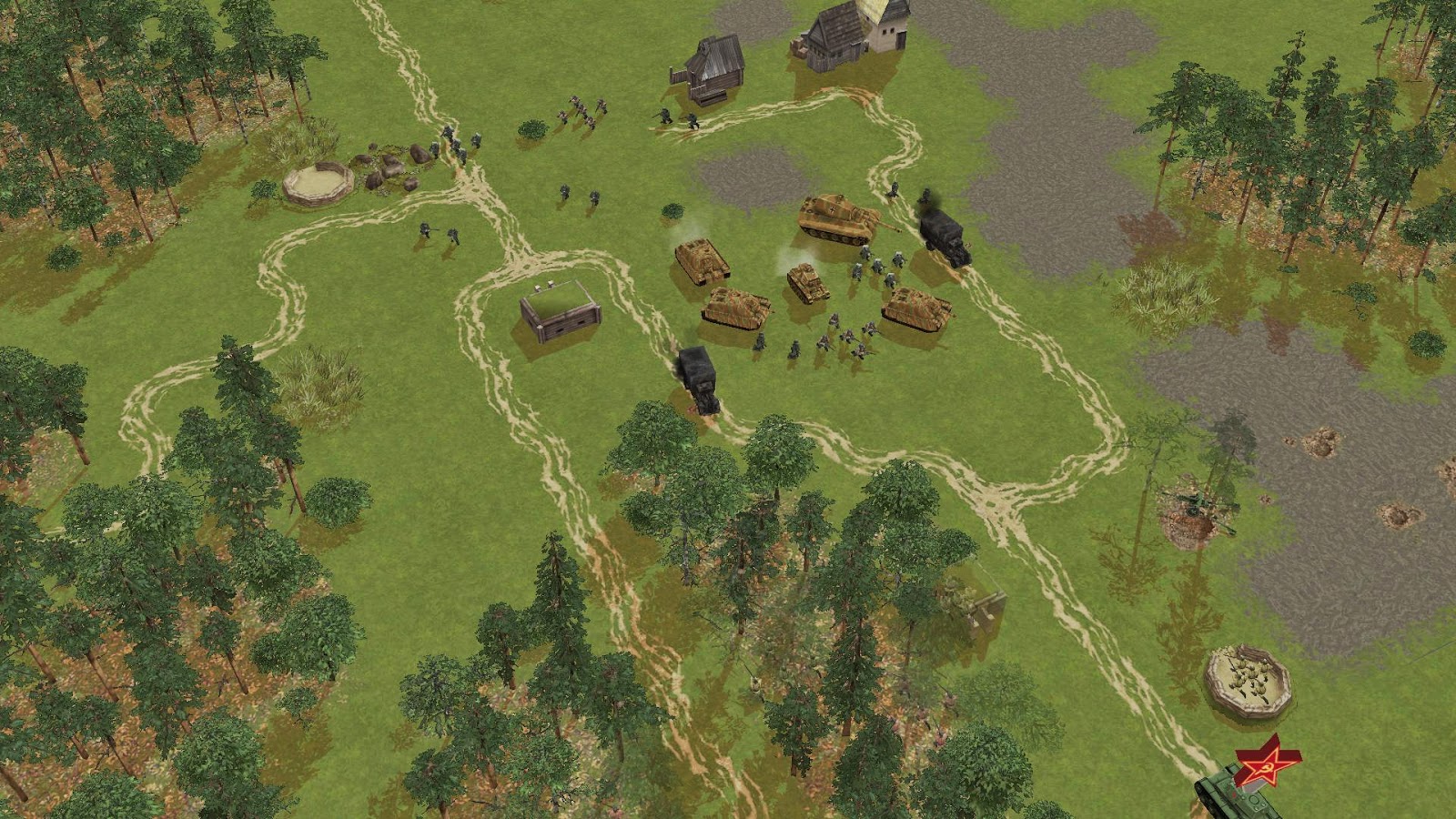 One of the first things I checked when I loaded up the retail version of Battle Academy 2: Eastern Front was whether more voice acting had been done. Unfortunately in some cases it had not, primarily the briefing screens. Now, normally I would not care but the briefing screens in Battle Academy 2 can be a bit difficult to interpret. While the screens themselves are clean and well detailed, they show an overview of the upcoming board, the ‘dialog’ that takes place are these little popups reminiscent of a comic book panel, but they pop up in different orders around the screen making it very difficult to get a good read on the objectives and/or story that is unfolding. Some narration here would go a very long way in helping guide the flow of the game; as it stands the stark silence in between missions is a bit eerie and unsettling. On the other hand the soundtrack is spectacular, with some roaring overtures that happen in the background and some amazing Russian songs; honestly it is one of the best soundtracks that I have heard in a strategy game.

Gameplay has not changed. At all. In my preview I mention that the speed of the turns is bonkers and that holds true in Battle Academy 2, with the enemy turns happening in a near instant. This would cause things to be missed and murky at times, again leading to ambushes by the enemy; ambushes that would, in some missions, lose the game for me. It is a frustrating experience and can cause no end of anguish when you have only a handful of units that you are working with. On the other hand, taking the time to plot out your moves, setting up your crisscrossing fields of fire, and waiting for an unsuspecting German military unit to come wandering into a danger zone is an exciting affair. Watching armor roll up and take a shot at an exposed unit only to have the semi-circle of explosive goodness fire back in retaliation is a delicious effect and leaves you all warm and fuzzy inside.

When I first played Battle Academy 2: Eastern Front it was in a rough state of development; still growing as Slitherine added features and capabilities. Now that the full game has finally released, there are a few things that could have been improved upon; primarily the audio or rather the lack of narration, and the strange blitzkrieg-like turn durations. And while Battle Academy 2: Eastern Front is a very solid entry into the strategy war-gaming genre, it does not do anything new or really breathe much life back into the tired setting of World War 2. What it does do, which is faithfully represent the wargaming genre with a solid, no-frills strategy title, it does well. Add in perhaps the best soundtrack in a strategy game and Battle Academy 2: Eastern Front is a wonderful title that nearly any gamer can pick up and play.