While each of the different episodes in The Lost Crowns DLC have each brought in their own unique hollows, Crown of the Ivory King has added more than the others, with the new Rampart soldiers and the horribly annoying and frustrating Rampart Hedgehog, being just a few of the new and very challenging enemies. Rather than reskins of other hallows, these units are completely new and are a fresh take on the enemies within the frozen grounds of Eleum Loyce. 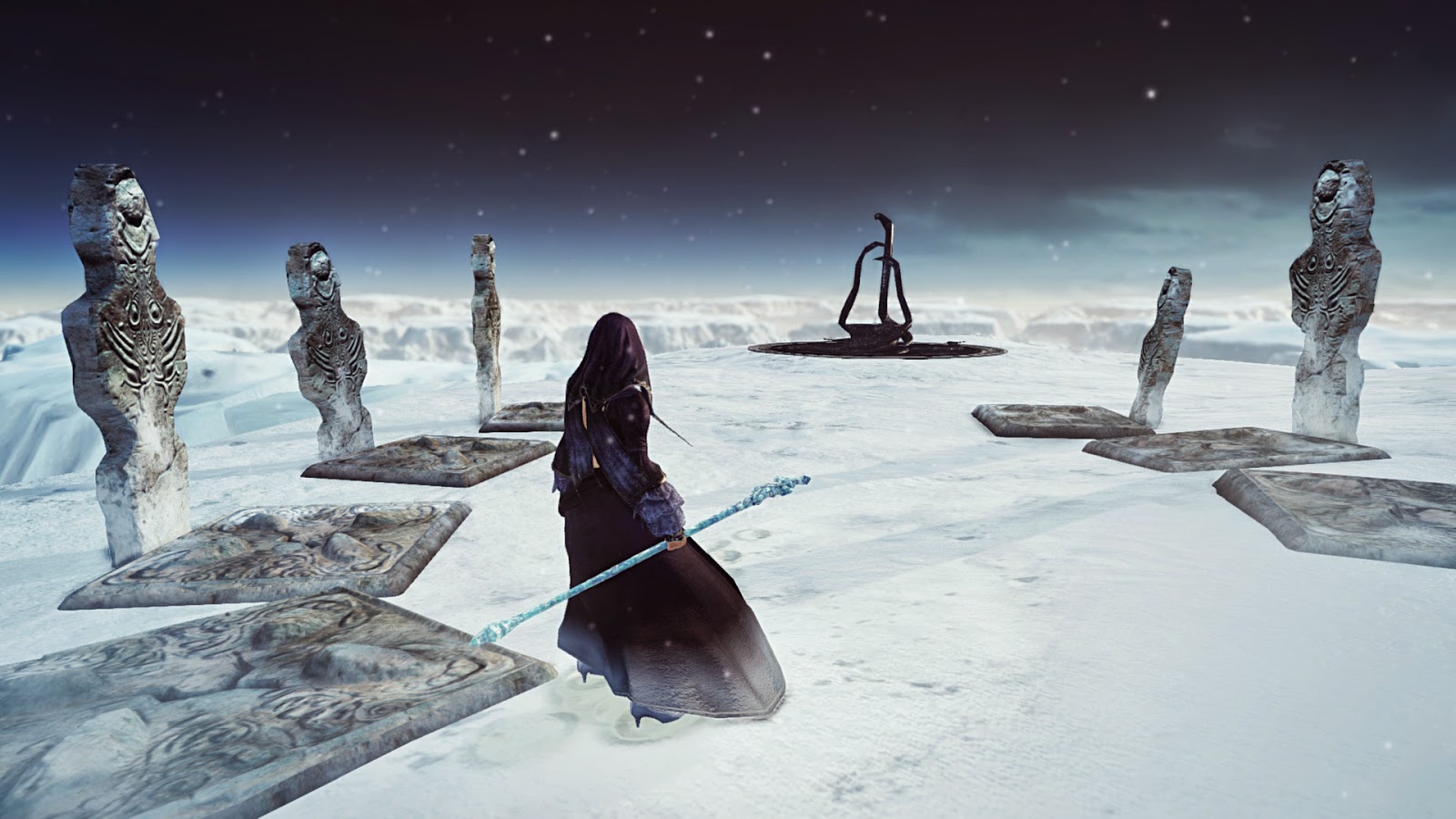 By now most of you know that Dark Souls 2 is one my favorite game of 2014, if not of the last few years; it certainly has my vote for Game of the Year. Mixing old-school challenge with modern-day storytelling and technology, Dark Souls 2 is often brutal and unforgiving. However, for ever frustrating enemy, difficult puzzle, or tear-inducing boss fight there is an equally, if not more rewarding experience at the end of it. From Software first brought the challenge and brutality back into gaming with their original release of Demons Souls, followed shortly thereafter by the first Dark Souls game. Now, some six months or so after Dark Souls 2 was release, From Software has released the third and final episode to The Lost Crowns Trilogy, the Crown of the Ivory King. As the final episode is launching near on a week or so after its initial release date, was the wait worth it? Read on to find out.

Amidst the different models, From Software took a step for the better regarding level design. Where Crown of the Old Ivory King at times felt more like one long corridor, in your hunt for the Ivory King you will move through freezing pathways and cavernous rooms alike. Your spatial awareness will be challenged greatly, albeit due to the steep cliffs that lead to your death or as you try to fight a running battle up a stairway or narrow rampart. While we are on the subject of level design … the entirety of the DLC feels larger than both Crown of the Sunken King and Crown of the Old Iron King put together; it is simply massive. It may be in part due to the near-necessary backtracking that you find in Crown of the Ivory King; there was no backtracking in the other two pieces.

I personally enjoyed the need to revisit the level as it made it feel far more like the original Dark Souls than any other levels in the entirety of Dark Souls 2 so the nostalgia was strong. When I say ‘backtracking’ a lot of gamers may go through and would likely grind their teeth at the concept but in Crown of the Ivory King it is handled very well. Rather than being a tedious taste, the second run through the level is different and is not really a required step; it will exponentially decrease the difficulty of a certain boss fight near the end-game of the DLC if you do though, so I strongly recommend you search every nook and cranny that can be found in this frozen wasteland. 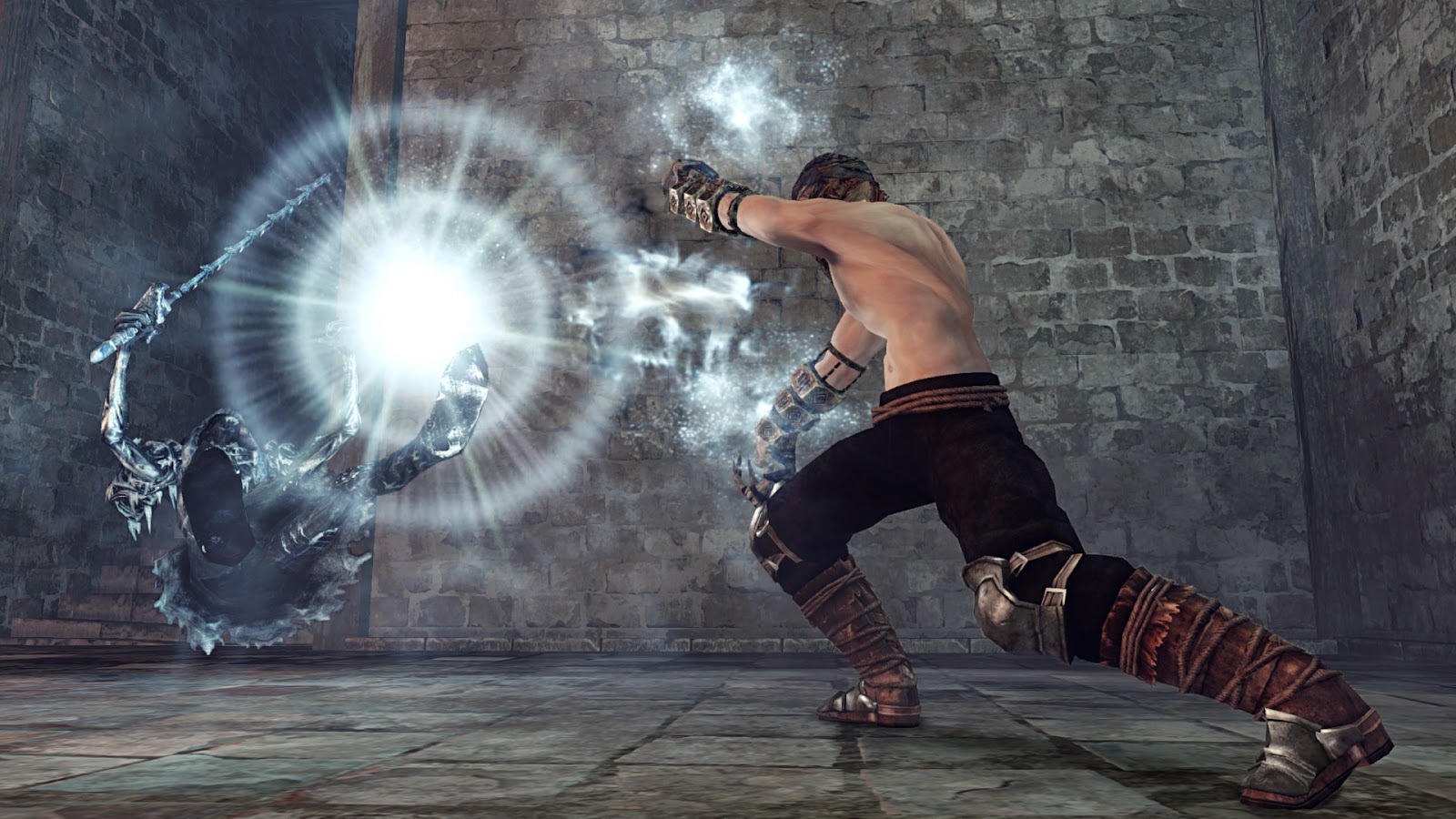 On the subject of the boss fights here in Crown of the Ivory King I am greatly torn. While all of the fights are memorable, fun, and unique in their own ways, I personally found them either so difficult they are impossible to beat or so easy it made me wonder what the point was. Now before you go all up in arms here, I loved the fights and challenge; it is just that in most of the boss fights you can bring along two NPCs, heck, in one boss fight there are up to six companions at your side. Focusing on the Aava fight, I had two NPC companions (and had the option to summon another player, which I did not do) and myself; one of the companions was a magic-wielding on, the other had a sword the size of a skyscraper and then there was me, a dex-build with a couple of way awesome blacksmith’s hammers and a maxed-out red steel twinblade (with fire enchants) and we dropped the thing before anyone had lost more than a quarter of their life; it was over in literally the blink of an eye and outside of the fight with the Ivory King, well, it was a bit underwhelming. Trying the fight with no companions though was an instant and sure way of simply dying, no if, ands, or buts; you will die.

The audio is the same great audio I have come to expect out of Dark Souls 2, though I found that the ambient effects used in Crown of the Ivory King, while superior to Crown of the Old Iron King, were about on par with the reverberating effects found in Crown of the Sunken King. The one thing that seemed to get me every time was the twinkling chimes of the rampart hedgehogs; they sound very similar to the chiming sounds of the blue lizards. More than once I would hear it and run into a clearing only to be mauled by these devilishly difficult-to-hit rampart hedgehogs; honestly I feel they are the worst enemy in the Drangleic and beyond as they simply mowed me over every time I got into a scrap with more than one. 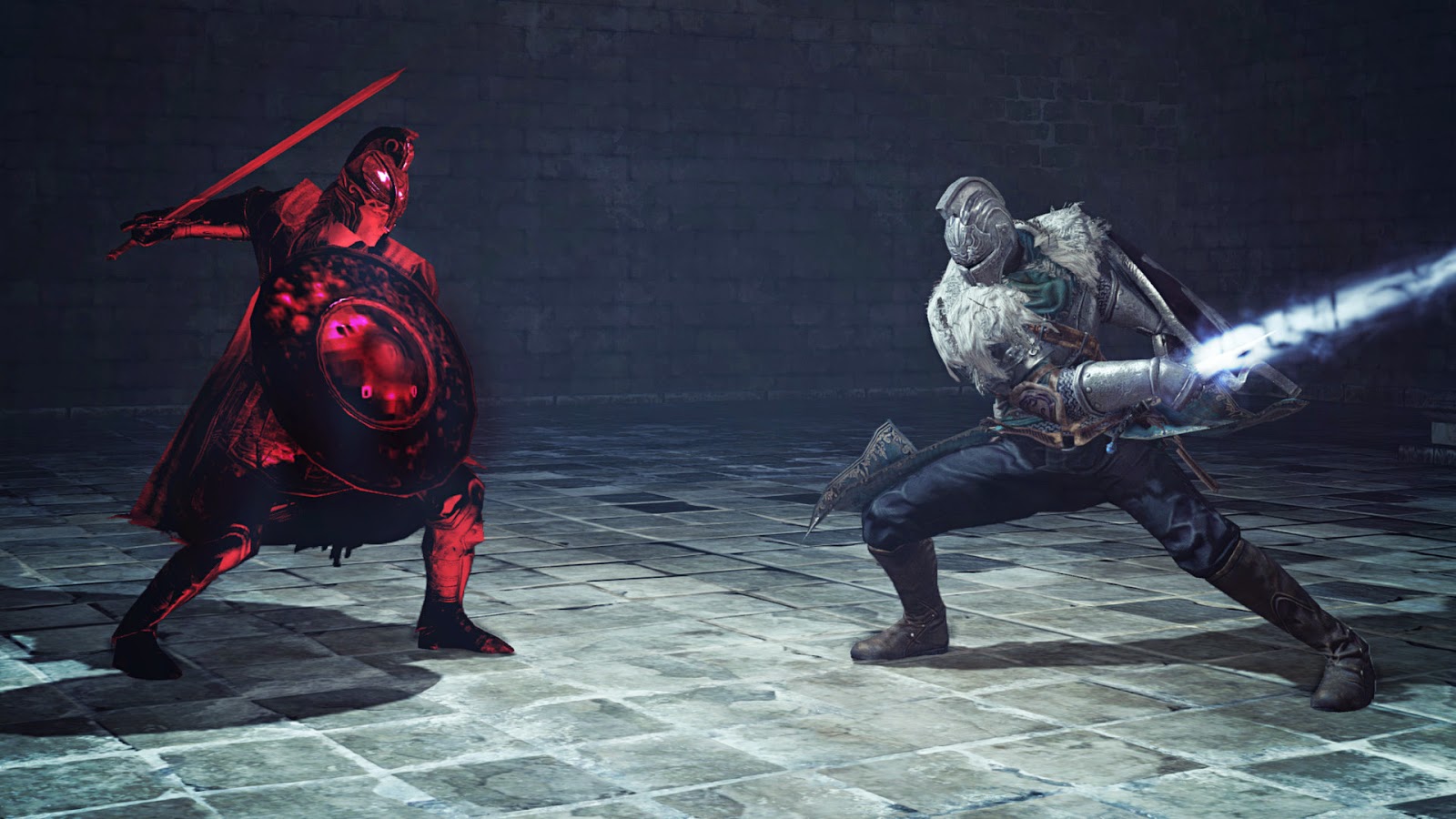 They never travel alone, so that sort of gives you an idea about that … Little effects like the distant scrape of a rampart golem are al diminished on your first run through on account of the freezing winds that assault you every time you step out from a protective room. On top of the noise-muffling, which can be devastating to players (like me) that use audio to it’s fullest, the freezing winds will slowly freeze your character, making him/her move slower and more sluggishly. Word of advice; do not roll while outside, it exponentially increases the speed at which you freeze. Oh, and for those of you that are like me and were like “Well, a torch would fix that” nope; torches do not work at all unless you are in a covered location out of the wind so you will have to move fast and kill faster if you want to lower the difficulty some.

Crown of the Ivory King, the final episode of the Lost Crowns Trilogy is by and far the biggest and most complex of the three DLC. You can tell that From Software wanted to send the Trilogy off with a bang and I found that they largely succeeded. While the puzzles are great, they are a bit easier and more obvious than those found in Crown of the Sunken King, and the level design and overall feel of The Eleum Loyce is far more grand and open than anything found in Crown of the Old Iron King. It truly feels like Crown of the Iron King took all of the good things from the previous two episodes in the DLC and mashed them together and made a wonderful tale of sorrow and challenge and called it Crown of the Ivory King. Full of memorable moments, most notably the brutal gauntlet that is the final fight between you, your companions, and the Burnt Ivory King, Crown of the Ivory King brings this trilogy to a close in the best possible fashion; with new environments, challenging enemies, fun puzzles, and rewarding but grueling boss fights.

While it is the close to the Lost Crowns Trilogy, I can only hope (though it will likely not happen) that some resources at From Software will continue to release DLC packs that bring as much to the table as these last three episodes have as they were all nothing short of spectacular.