Game of the year?

That is up for debate (like most things), but Dark Souls II has certainly earned a place on our team as one of the best of 2014. The DLC to date has been an outstanding expansion on the base game, giving me a reason to go back in and die (over and over) again. This latest DLC, the Crown of the Ivory King, is visually a huge departure from what we have come to expect so far. The battles themselves feel just a bit more familiar than I would like, but this is a fantastic send-off to fans of Dark Souls II. 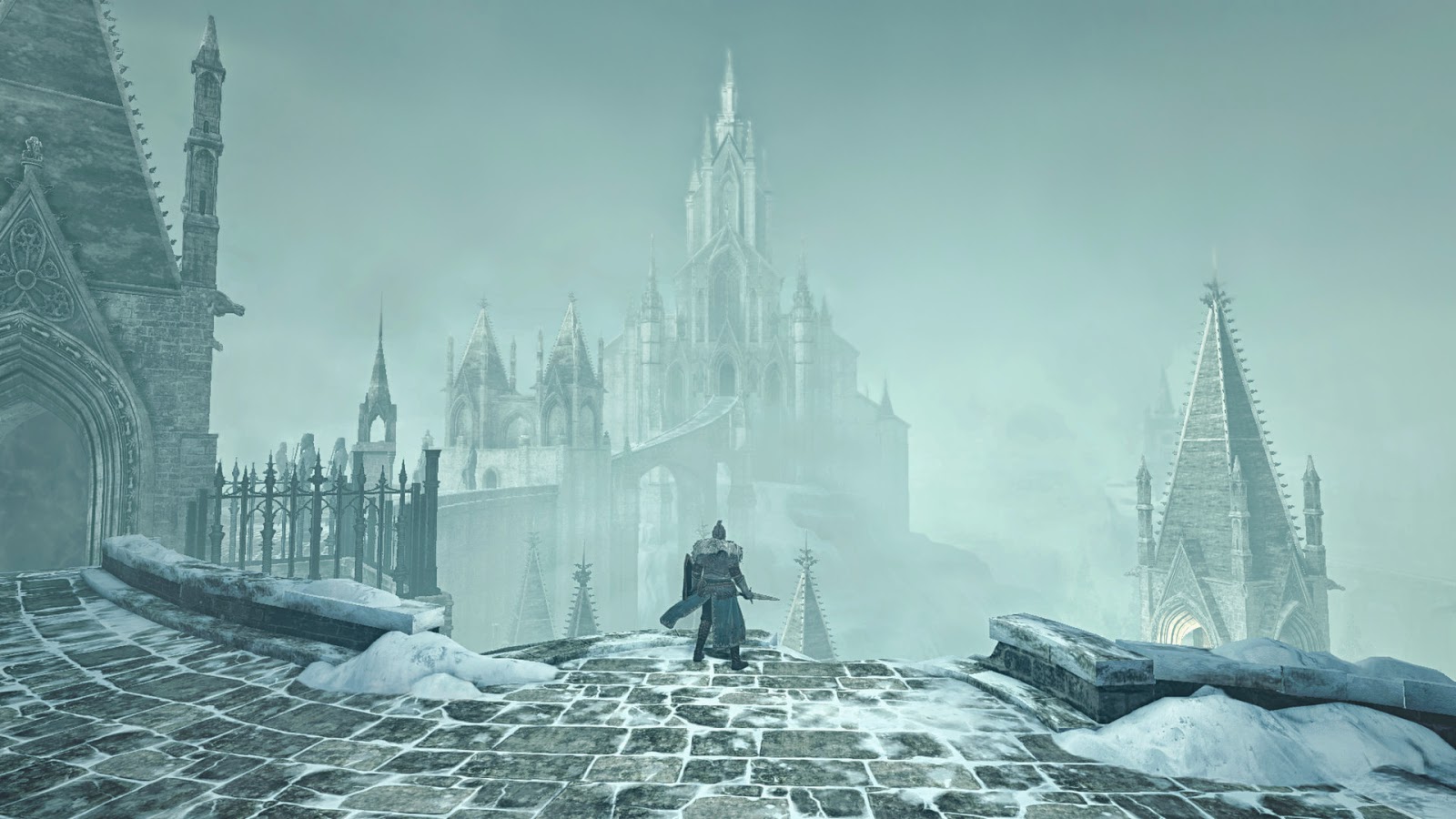 The most striking thing for me about Crown of the Ivory King is the location. While most of Dark Souls II takes place in either deep underground passages or the living wilds, Crown of the Ivory King trades those environments in for a Hoth-like barren where the wind, snow and isolation create an atmosphere that is unique and no less daunting than those Dark Souls II has presented in the past.

The enemies are visually different, but their combat techniques are somewhat lacking on the diversity front. I thought Crown of the Old Iron King had the best ‘normal enemy’ combat of all of the three DLC packages. Their clusters, locations and tactics were certainly the most fiendish. Here Ivory King is certainly a challenge (I would go so far as to say this was the most difficult of the expansions), but mostly because of sheer numbers and some notable (and thoroughly entertaining) boss battles. Of particular note is the final boss, the Ivory King with his army of knights. Talk about a full plate. 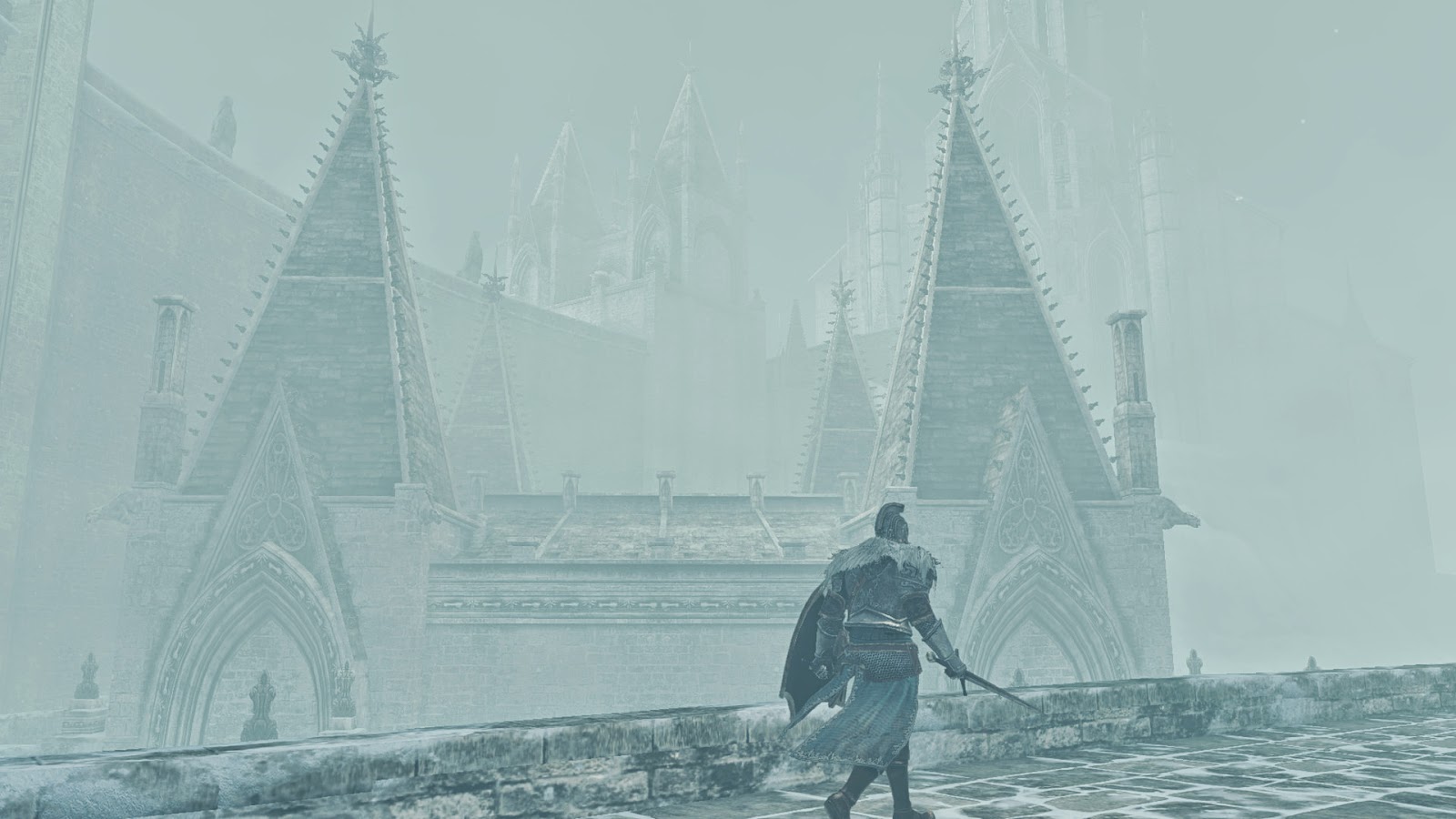 My son is someone who heavily leverages the online aspects of the Souls titles, grouping up and PvPing a good deal. I prefer to go things solo as much as possible, and I felt as though Crown of the Ivory King really was more entertaining when going it alone. Harder to be certain, but somehow that sense of foreboding and isolation rang true when trudging through the snow by myself.

For those who like to explore and find new things, rest assured that there is plenty of that to be done here as well. Ringing in at about six hours, there is plenty of good gear to discover and lots of nooks and crannies to dig into. The level structure lacks the devilish ingenuity found in the Crown of the Sunken King DLC with its various moving parts and puzzle-like layout, but I still thoroughly enjoyed my time hunting the Ivory King. 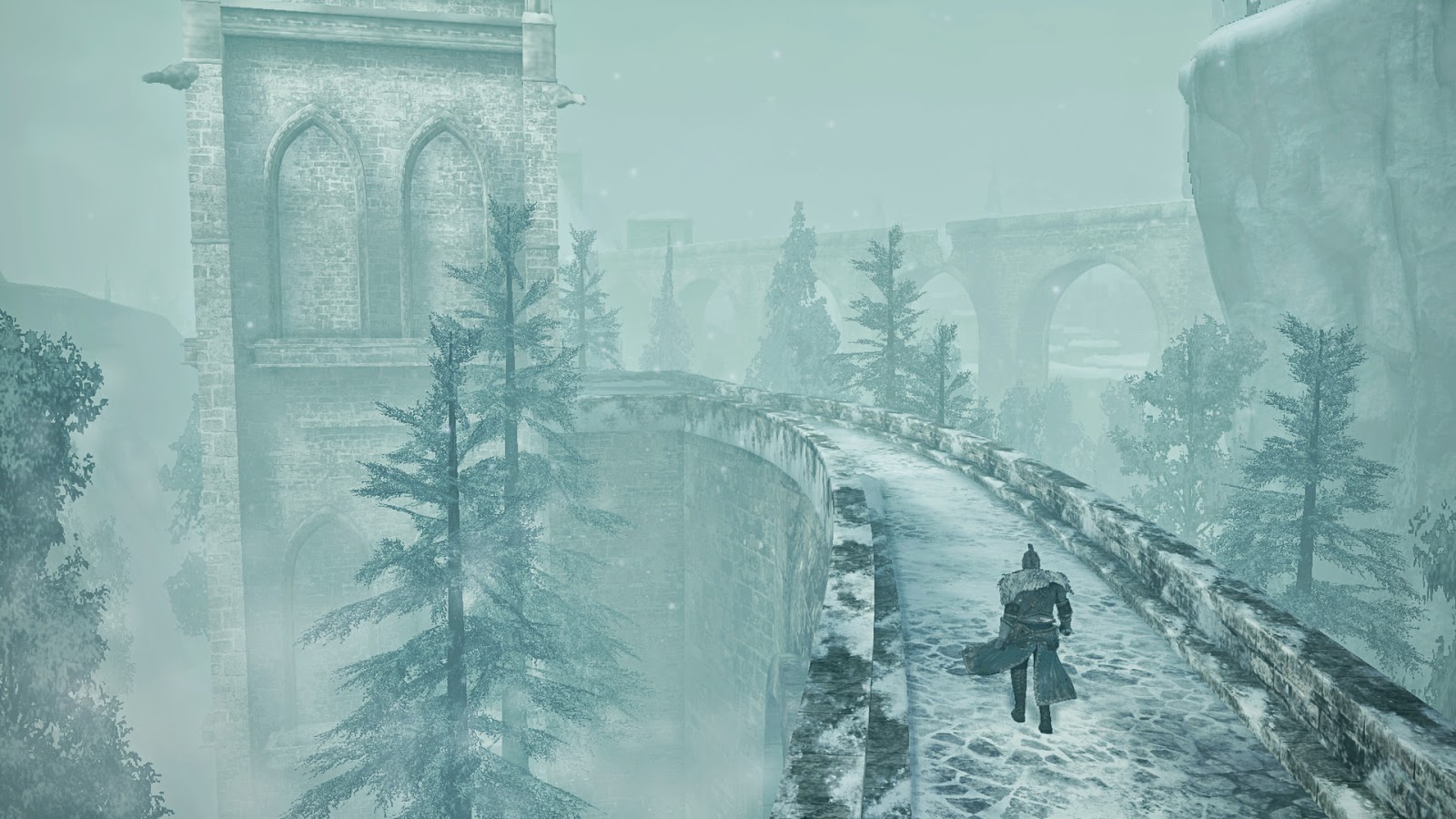 The tale told is as haunting as anything else Dark Souls II has offered, but I thought it was handled better here than in the two prior DLC packages. Hopefully this is a sign of things to come for the development team, which created a fantastic love letter to fans of Dark Souls II with this final outing. It is challenging, fair, visually arresting and the perfect way to cap my journeys through the world of Dark Souls II.

If you have not yet picked up any of the DLC packages for Dark Souls II and you enjoyed the core game, do yourself a favor and pick up the season pass. If you already claimed the first two crowns, odds are you have or will shortly be going after the Ivory King as well. It is time well-spent and easy to recommend doing.