comments Share
You are reading
Dungeons & Dragons: Hoard of the Shadow Queen – Tabletop and Board Games Review

This 96 page hardcover book stands as a module for delving deeper into the newest edition of Dungeons & Dragons. It is geared for roughly four players and can see them all of the way through level seven starting off as new adventurers. I already had a chance to take a look at the Starter Set, and while these two sets have some things in common, there are a good number of differences as well.

I would say that I wound up as the Dungeon Master for roughly half (if not more) of my Dungeons & Dragons tenure over the years. I like to create stories, which is what led me to years of writing my own fiction and creating a MUD with my wife. That being said, there is something to be said for the various modules released over the years. I have had my share of settings from Dragonlance to Forgotten Realms to my favorite, Ravenloft.

They key to these modules is that they are not meant to be prescriptive. A good number of people are looking for hard and fast rules for how a session should go, but I have often found that limits the fun because players will inevitably think of and want to do something you have not planned for. To my mind, that is half of the fun (if not more) and a DM should be ready to react accordingly. That being said, some structure and plenty of plot and goals along the way is always welcome and these modules can save a great deal of time versus crafting your own campaign from scratch.

Kobold Press has been around for a while now and has a really solid reputation in the fantasy gaming realm and they are the driving force behind the first of the two related modules (with The Rise of Tiamat coming out soon). These two books are part of a set called Tyranny of Dragons, and the content within is a great way to kick off a gaming session. While the Starter Set came with dice and some generic character sheets, Hoard of the Dragon Queen is meant to be a much meatier, creative experience. 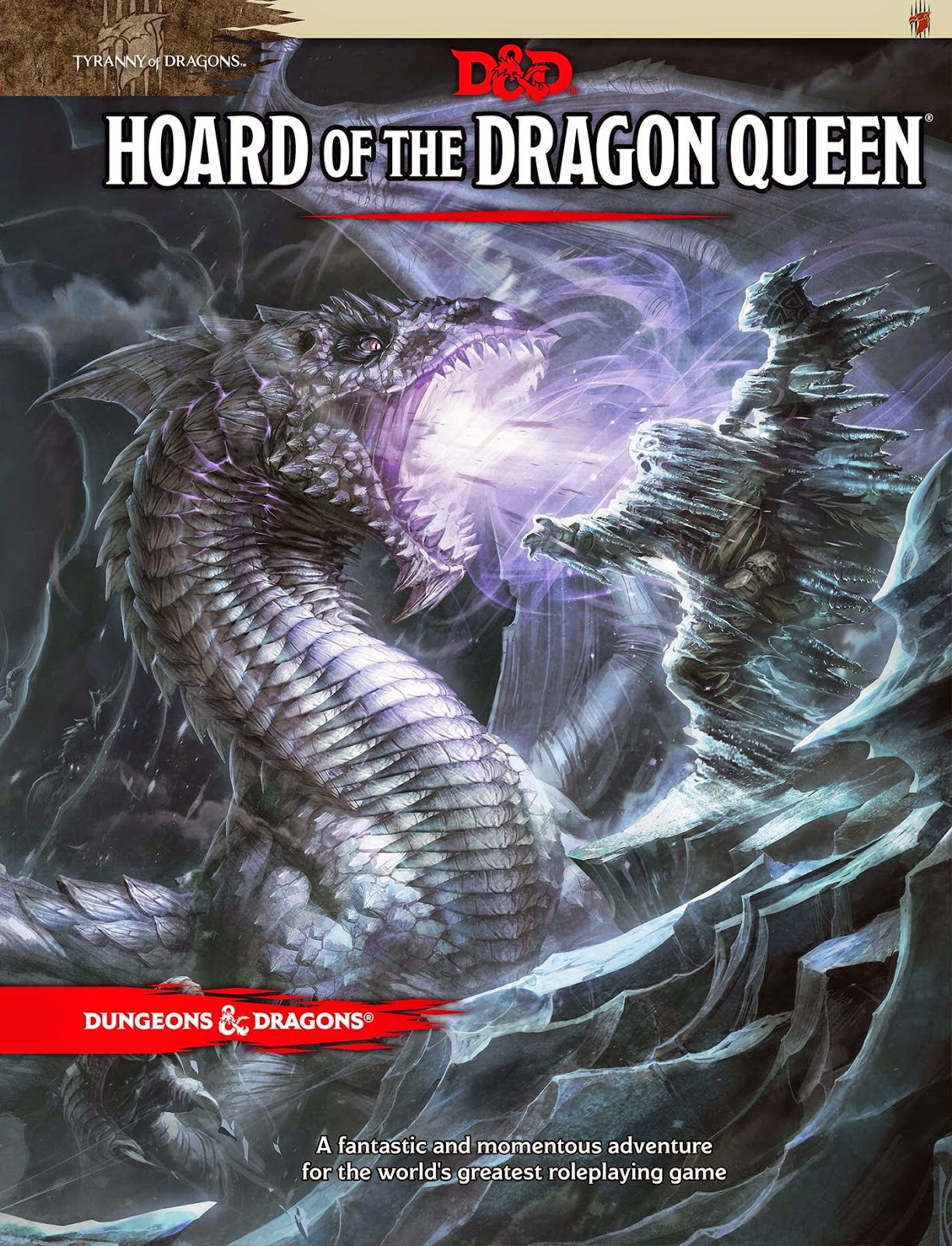 The story focuses on a war against draconic oppressions with a pair of factions – the cult of the Dragon and Red Wizards of Thay – hoping to free Tiamat from the Nine Hells. It is a robust module that can branch out in a wide variety of different ways. The book itself is just under 100 pages, and there are some online supplemental materials you will want to make use of (I would not recommend printing them off – there is a ton there, but if you have a tablet of some sort, it could make for quick mobile viewing). The first are the Basic Rules and the second more specific one is the Online Supplement to Hoard of the Dragon Queen. While the former is 110 pages, the supplement only runs 30.

This can make it a challenge however, to keep things moving smoothly because now the DM has to work off of two different sources. Just using the book could be tough because some of the maps then feel like they are missing information or key descriptions. I ran through this campaign by myself in advance once to make sure I had an understanding of how the missions were supposed to flow. The problem is, avoiding that extra prep work is one of the reasons DM’s sometimes gravitate to modules. This gives the campaign a somewhat unpolished feel to the text, which is
a shame because so many of the actual descriptions are so good.

Honestly, I do wish the supplement was included in the book. Of course it cuts down on the size and also the publication costs, but it really was meant to be used in parallel with the module’s contents. The good news is, this module does stand alone. There is no need for a Monster Manual or Player’s Handbook to get started here, because the online guides offer plenty of additional content and context. That being said, having access to the full books can only help the experience for those wishing to delve even deeper to things – something I am prone to doing as players have a tendency to be unpredictable. 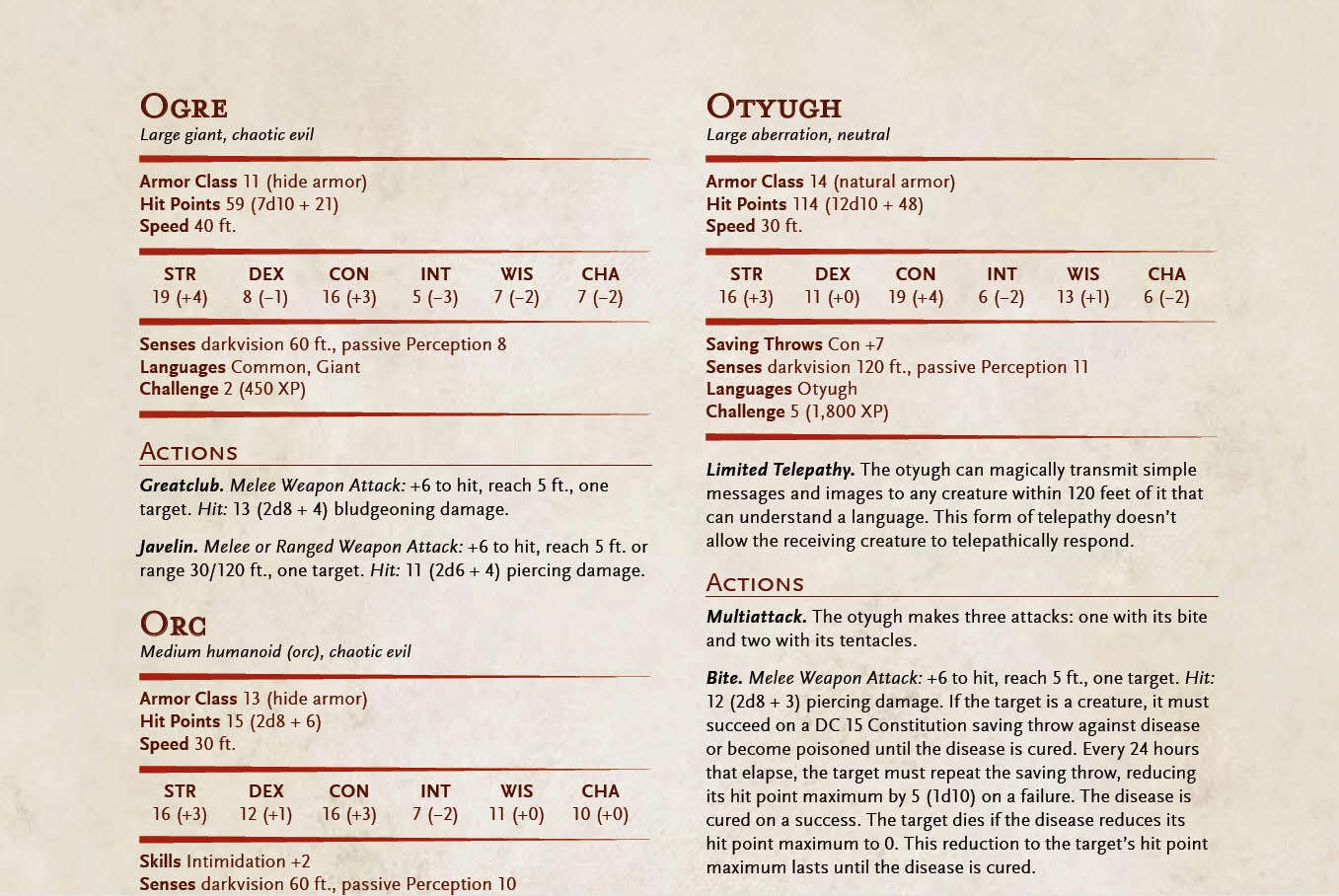 Despite the book itself not having all of the content within the confines of its cover, the book’s construction itself is excellent. The paper is thick and durable with a nice hard binding and cover with plenty of nice illustrations and examples of descriptive writing.

Though the campaign is listed as levels 1-7, I would venture to say that level 3 is a more comfortable starting point. Perhaps adventurers using characters from the Starter Set who do not manage to make it up to levels four or five could springboard right into this set and make the transition quite easily however.

All in all, Hoard of the Shadow Queen is a good idea that works well as a campaign but lacks a bit on the organizational and editing front. There is a good story literally tucked into a high quality book. This makes an excellent early adventure for those diving into the latest release of Dungeons and Dragons, but is not quite as strong as the core materials produced so far.