For me, nothing screams Dungeons & Dragons more than the Monster Manual. This is my favorite book with pretty much every edition that comes out, and that holds true so far with this fifth edition of Dungeons & Dragons as well. There are so many different things that go into a fantasy world, from the different races, magical artifacts, unique lands and the use of spells. However, the monsters (both good and bad) are what make the setting come to life and is both fun to simply peruse but essential for adding flavor to a campaign. 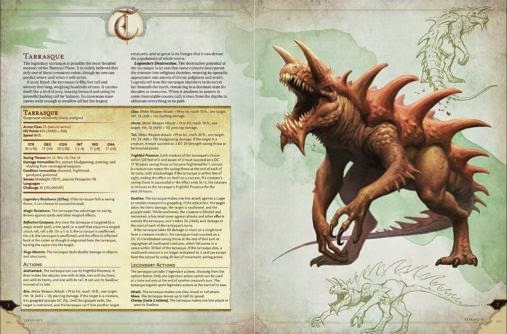 What I think I love most about the Monster Manual is that while it is helpful (though perhaps not as essential to a campaign as the Player’s Handbook) for getting a good campaign going and maintaining its stride, this tome is a pleasure to read but also useful for inspirations outside of tabletop gaming. I have done a lot of fantasy writing over the years, and I run a MUD with my wife that has been going more than fourteen years now. To say that MUDs relied heavily on the framework of Dungeons & Dragons would be an understatement, but the stock ones that have been out for decades now really only set a foundation.

One of the first things my wife, another friend and I did when we sat down to create Kingdoms of the Lost was to sit down in the living room going over our (then) second edition Monster Manuals and trying to collect ideas for playable races for characters. However, after that we started to design the zones, and while our friend did most of the coding, I did most of the zone building. This meant I had to come up with unique geographies, background stories and most importantly, different kinds of interactions for the players. MUDs tend to rely on NPC mobs (mobiles) to facilitate earning experience and therefore gaining levels. I wanted a diverse collection of creatures to draw from, and many hours were spent studying the Monster Manual for the right combination of creatures to breathe life into my zones. 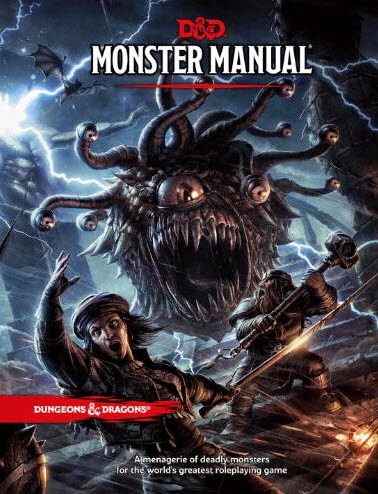 The same can be said of any campaign played around a table with friends. Sure, most adventures start with kobolds, slimes or goblins, but there are so many different options out there as well and this book really helps you to first identify what kinds of creatures fit with the story you are trying to tell. Secondly, it gives enough detail to make these creatures more than cannon fodder. Hobgoblins are generally not the stuff of a great NPC conversation, but with enough background you can come up with a convincing scenario where you might give the players a cause to interact with them beyond rolling hit dice.

Classic monsters abound, which is why some people could possibly get by on an older edition of the Monster Manual, though many of the current edition specifics would then be missing. I have said often that these Dungeons & Dragons manuals are meant to be tools – guidelines really, and that is the truth. A DM with a good understanding of the game can certainly create their own values for the monsters and apply them to the older books. That being said, I would not want to for several reasons.

For one, this is the best-organized Monster Manual ever, in my opinion. The information for each creature is detailed and evenly balanced between them with incredible art ranging from sketches to watercolor painting. This translates to the excellent hardcover and art found on there as well (I absolutely love that beholder on the cover. Creepy, menacing and awesome). The cover is thick and sturdy, and all of my pages are made of high quality paper that is seated perfectly into the binding. 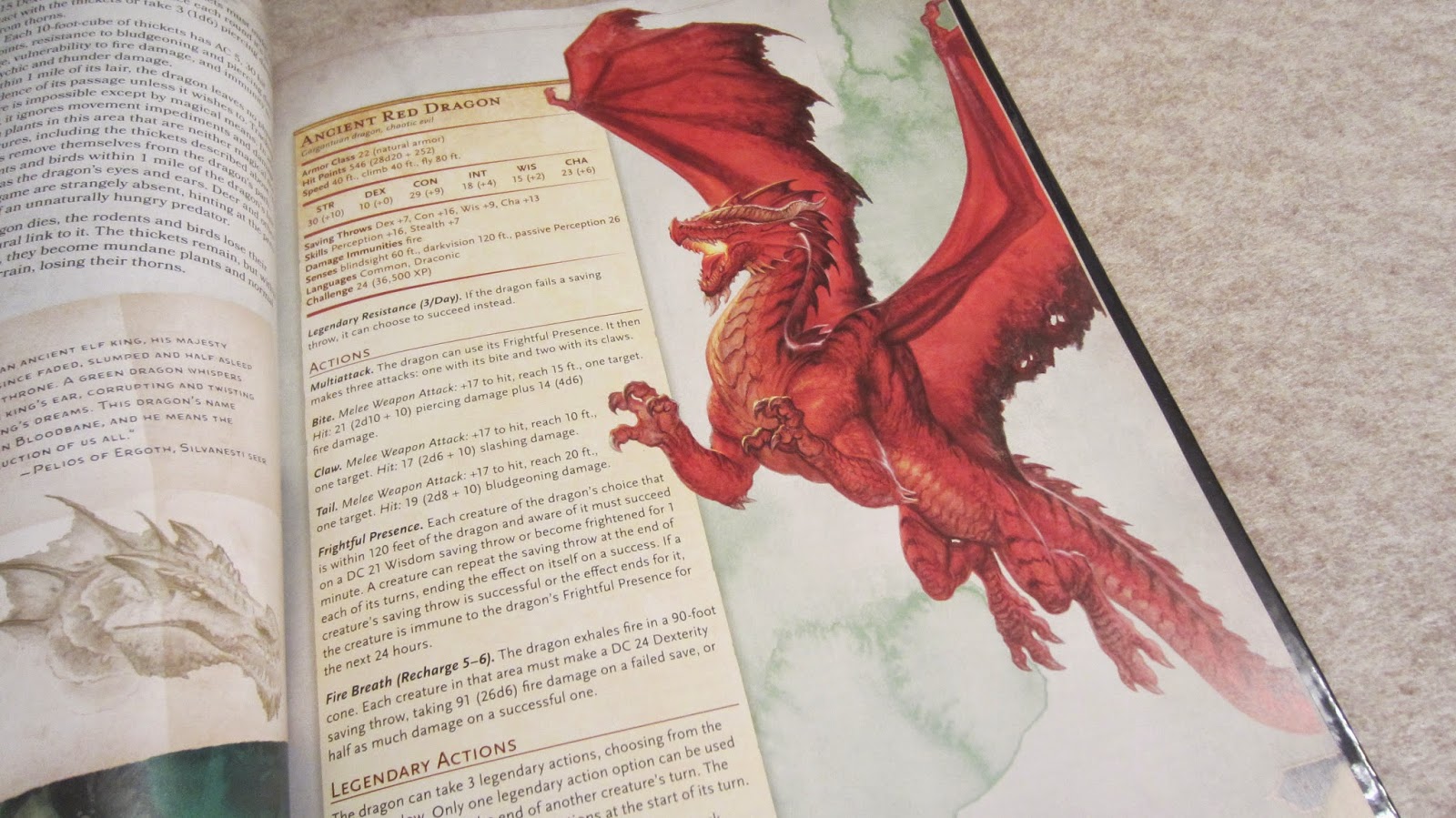 With two dozen pages of other critters/animals that are basically non-sentient and found in the wild, there is plenty of available filler ideas for any quest. On the other side of the coin are some ready to play NPCs as well that can be added, that are sentient and capable of higher level interactions with the players beyond just biting and scratching. With how everything is so logically organized, it is easy to find what I want both when I am researching before a session but also on the fly if my players throw me a curve ball (not unheard of).

I have designed entire campaigns around having read the Monster Manual in the past. A single creature will catch my eye, with enough backstory on them to suddenly put together a quest line revolving around said creature and others that occupy similar habitats. To me, that is what the Monster Manual is all about – inspiration. There are plenty of granular details here for aspiring Dungeon Masters looking to dig into the mechanics of the confrontations, but to me the Monster Manual has always been, and continues to be, so much more than that. A must-buy for Dungeons & Dragons players but also fantasy fanatics as well.