Most of the books found in the Dungeons & Dragons roleplaying game is geared towards the DM. The man behind the curtain/tabletop screen may be akin to the great and powerful Oz, but in truth the players are really the driving force to a good tabletop session. This is a hardcover book with plenty of beautiful illustrations to tease the eye, but at the end of the day it is an essential reference for players looking to get the most out of their tabletop gaming experience. 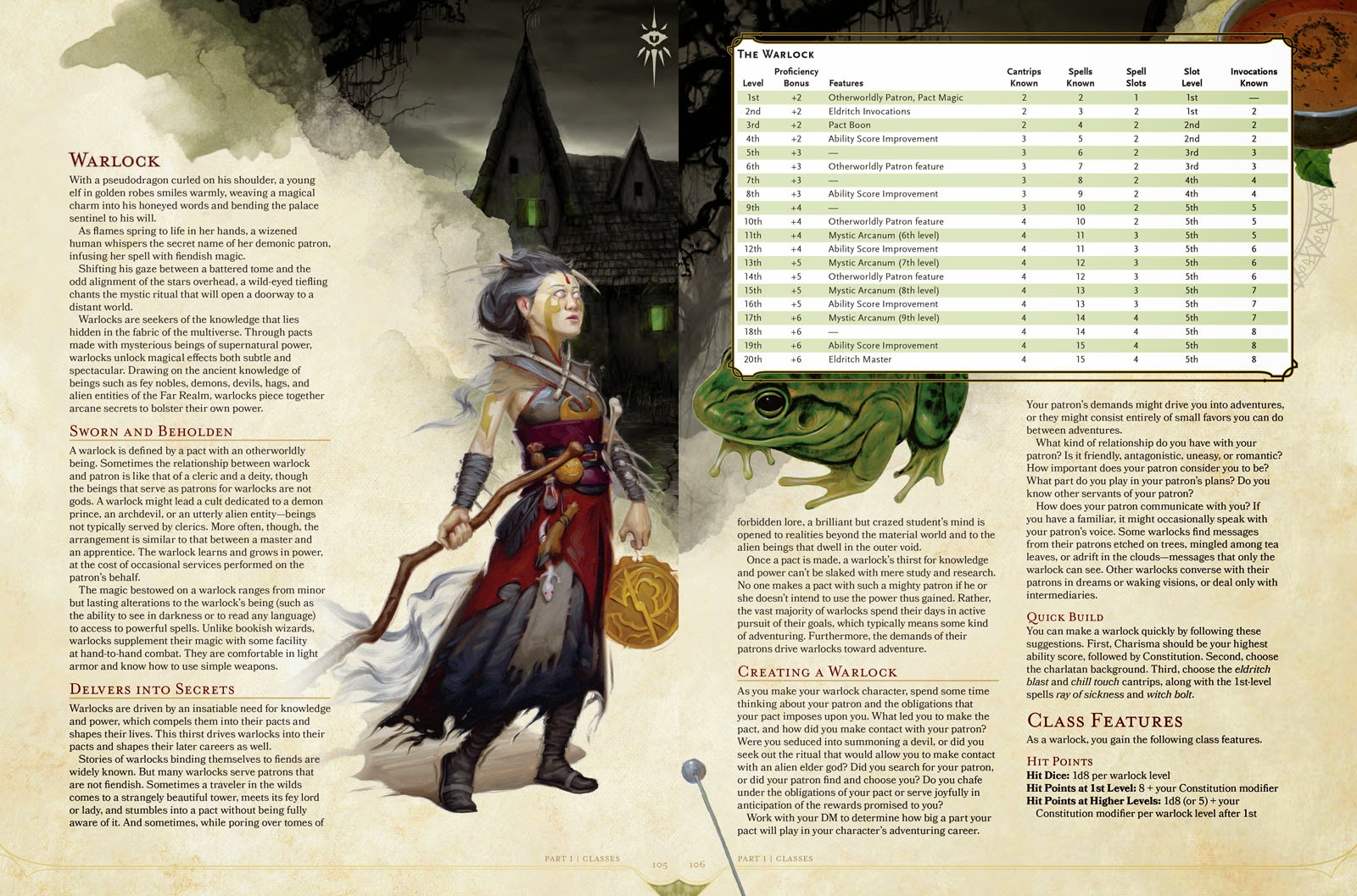 I have been running my MUD, Kingdoms of the Lost, with my wife for almost one and a half decades. I learned a long time ago that all of the best systems, code and room descriptions are key to getting players interested in spending their time there, but the players have to want to be invested in their characters and how their time is spent if the game is going to function properly.

Dungeons & Dragons operates the exact same way. You can have a great story, cool gear and some engaging encounters set up, but if the players themselves are not invested in their characters the experience can fall flat. There is nothing worse than running a session and realizing that someone at the table (or worse yet multiple someones) has checked out of the experience. Whether they are looking at their watch, mumbling about when pizza is going to arrive or doodling on the edges of their character sheets (guilty), you need your players to be invested or the session will not be a success.

This all starts with character building. The Player’s Handbook helps with everything from defining classes and picking appropriate skills to trying to find that perfect spell or the proper equipment for the journey ahead. This is the opportunity for a player to leave their mark on the story and having a fleshed out character is the best way to encourage them to do this. 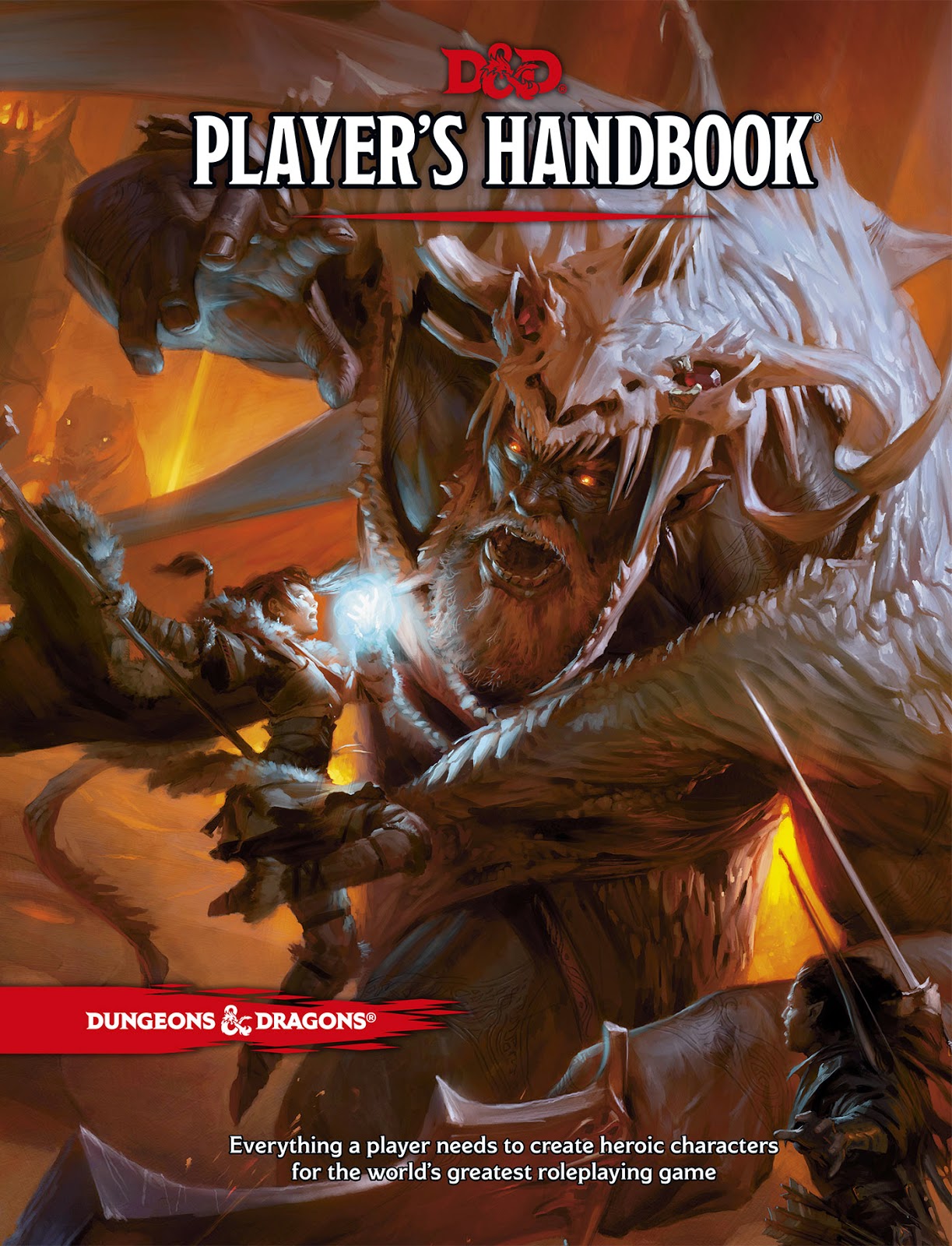 When starting a new campaign, the process begins with character creation. The first night of almost any session I played with my friends involved some food, some drinks and probably two to four hours of meticulously going over characters and trying to establish that perfect backstory and look to compliment the idea forming in our heads. If you think about it though, it really is all about the players. At the end of the night, the DM might be told ‘good job’ on this, that or the other. However, the players are sorting their loot, tabulating experience and if applicable, advance their character to the next level adding just a bit more substance to their character.

One of my key takeaways from this edition of the Player’s Handbook is how much easier it is to get a character started. That is not to say that this handbook does not have some substantial text to dig through, because it certainly does. However, I found it easy to move about and find what I was looking for. Whether I was trying to figure out what type of elf I wanted or which druid class I wanted to make him.

Getting the framework for a character in place quickly and easily is key, but I appreciate the fact that there is a little more to the mix now than in prior edition. Backgrounds help a character develop, and not just in a ‘I earned this much experienced and gained a level and now know this additional skill’ kind of way. It creates a more open-ended narrative and even further ownership over how your character develops. A little less legwork upfront with more opportunity to hone the characters over time and through use is certainly welcome. Additional chapters delve into topics not frequently covered in the past. That is not to say this system is prescriptive – anything but, really. However topics such as the cost of living outside of adventure time and how the characters may be spending that time away. They are small details that make characters feel like they are more than just adventurers, but actual people with actual lives. The Player’s Handbook covers so many things from creation to combat to fleshing out the details around the characters that it is a fantastic tool.

The book itself is well-made. The hard cover and art look great, whether on one of my coffee tables or on the shelf next to my other books. The illustrations are beautiful and the chapters are laid out in logical fashion from the early sections that help set the foundation for character creation right through the appendices at the back that cover everything from worlds to monsters. The Dungeons & Dragons Player’s Handbook is a must-have for players looking to take their adventures into this new edition of the franchise.