Few brands evoke the images that Dungeons & Dragons has over the years. I have always thought of Dungeons & Dragons as a toolbox. It gives structure to a story, and an opportunity for people to roleplay and add their own personalities or imaginations to the outcome. I first started playing Second Edition back in very late high school and throughout college. The rules were often dense, and there was more than one session that got held up by the interpretation of the rules. Beyond that it was not always approachable for new players. The latest version of Dungeons & Dragons attempts to address those concerns and so far the early returns are incredibly promising.

As I get a chance to read through and discuss and finally use the different books and tools from the new Dungeons & Dragons set, I will undoubtedly make a lot of different references. Without a doubt I am the target audience for anything Dungeons & Dragons releases. I have played through a variety of different tabletop versions (including the often maligned and under appreciated Dragonlance Fifth Age: SAGA System), different video games that try to leverage the current versions, run a MUD with my wife going on fifteen years and play plenty of World of Warcraft. Make no mistake, MMOs owe a great deal to MUDs, which in turn were very heavily influenced by the rules Dungeons & Dragons put out over the years.

The Starter Set is geared towards newcomers, first and foremost. The content is engaging enough for more experienced players, but this is a first step into what the newest edition of Dungeons & Dragons has to offer. The box comes with a collection of dice, some character sheets and two different books. One book is a lightweight reading of the basic rules in this new edition. Some of the terms will be familiar, while others are new. The idea here is that the content is consistently applied and hopefully makes Dungeons & Dragons a more approachable game for newcomers and perhaps cut down on the number of debates on how the rules should be applied in a given instance.

Of course there will always be some room for interpretation. That is the role of the DM – to not only lay out the basic narrative but to make sure that the game continues to flow. The easiest of debates is trying to resolve player interactions with an NPC, in my experience. As one of the books points out, the DM is not in competition with the players. The role of the DM is to facilitate the experience in a way that allows everyone to have fun. Player characters however, can prove more challenging when their actions are at odds with one another. These often provide for some of the most memorable roleplaying moments, but at the same time involve two or more people who are heavily invested in the outcomes. These rules are streamlined in a way that prior versions of Dungeons & Dragons was not, and as a result they feel more consistently applied. 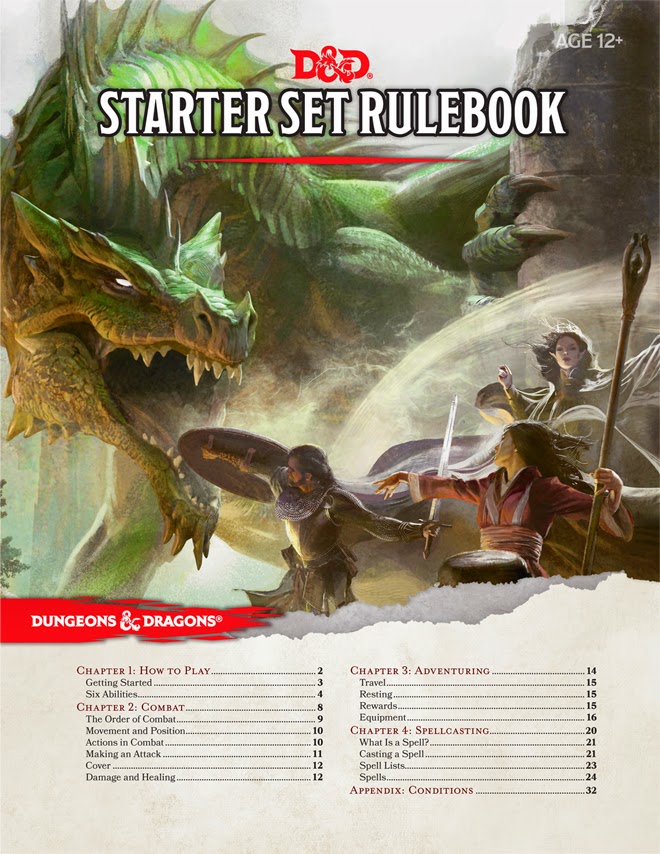 This is a very basic set, with a solid storyline that can occupy a handful of gaming sessions. I actually liked the scenario, because it was one that could go a handful of different ways without ever feeling too complicated. My wife joined my friends and I in playing Dungeons & Dragons years after the rest of us discovered it, and this would have been an ideal system and campaign to start with.

For one, the pre-created characters are well-balanced. They are not fleshed out – that is the job of the players who want to personalize their characters and tailor them how they see fit. This was even called out in one of the manuals as two or more people could easily be the same class, but their own takes on the characters could create a wildly different experience for each of them. The character sheets are sturdy and easy to read and serve as a great way to kick the adventure off without a lot of setup time required. I recall experiences in the past where an entire (lengthy) night was spent just getting our characters created and fleshed out, and session two was when the adventure itself began. If you are looking for a quick fix, this should suffice nicely.

This particular campaign is designed for four to six players with goal of being able to attain (but not being required to) level five. That is a good modest goal, and if you forgo the use of maps and miniatures and allow the game to focus more on the telling of the tale and people verbalizing what is taking place around them. I have always preferred this method of play myself. I have participated in plenty of map and miniature sessions, but I always felt like the games flowed better without them and this latest edition of Dungeons & Dragons supports either preference. 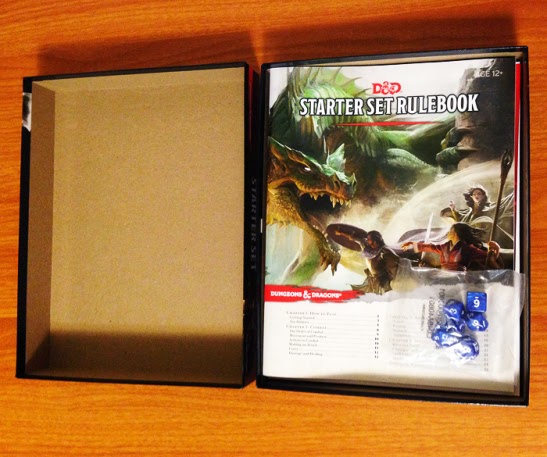 Last but not least is the price. I have never really understood the complaint that the materials cost too much. People spend upwards of thirty dollars on a movie or sixty dollars on a game that might last anywhere from two to maybe a hundred hours. Books and kits generally land at fifty or less and considering the many hours of play for a group of people, I have always felt like the asking price was more than justified. Still, for those concerned about the price tag, the starter set rings in at the low end of the spectrum, retailing for just under twenty dollars.

These kits lack an incredibly deep campaign, and the beautiful hardcovers and artwork found in the more central books. It can be played a couple of times but likely will not see a great deal of use afterwards, though it sets the stage nicely going forward.

The Dungeons & Dragons Starter Set has everything you need to get started, from a new player to an aspiring DM. There is a decent adventure to be had here for more experienced veterans of tabletop RPGs, but the clear focus of this set is introducing newer players. Of course ideally, new players will have more experienced ones to play with and learn from, but this is an outstanding tool to help facilitate that learning process.