Oh Early Access games, how I love thee. My awesome EIC is letting me write this one up as I’ve been playing it for a while now. I came across Grim Dawn while looking for a Hack and Slash RPG to play while waiting for Van Helsing 2 to release to play with my awesome Player 2. I jumped on Grim Dawn after reading through the various features that it already had and set out on my single player quest. So far? No regrets. 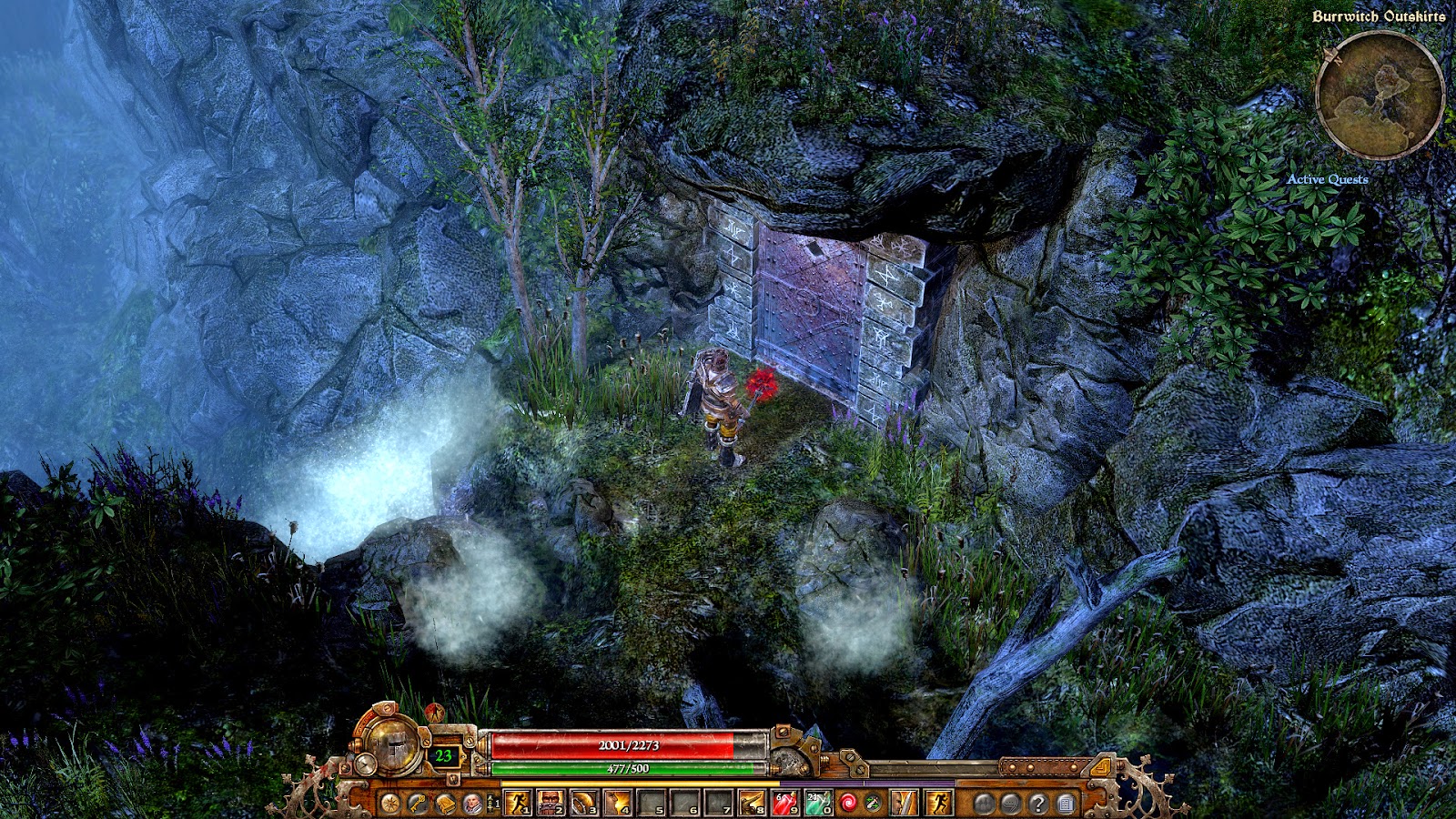 Grim Dawn has been out for a while now and I’ve been able to
play through some fairly heavy changes that only better the gameplay. In some
cases these changes almost make Grim Dawn almost into another game with the
changes that are brought in. Now while Early Access games generally take
feedback from the forums, Crate Entertainment seem to bring that a level higher
in which just because a new feature has been introduced, doesn’t mean it is
going to stay that way. Seeing these implementations such as changing the
constant health regeneration to a stamina overlay meter that only allows health
to regenerate as long as you have food, made for a much more interesting
experience as the godly feeling disappeared making fighting massive hordes of
enemies.
Sometimes games have titles that make players wonder “why”?
After the first few minutes of having started, the title was clear with the run
down encampment, destroyed homes, broken well, and the overall dirty look of
equipment and peoples where every day is a struggle to survive. This is further
supported by the creepy music and vibe that each environment produces making it
feel like it could have been a horror game if it had really wanted to be. Grim
Dawn is a story about a person who was sentenced to death after having been
possessed by a demon. Thankfully for the two of you, the demon left your body
as you were being hanged which saved your life. If that wasn’t all, they kind of
unintentionally left you a gift that makes you a bit more powerful than the
average human leaving you able to do certain things that others may not. 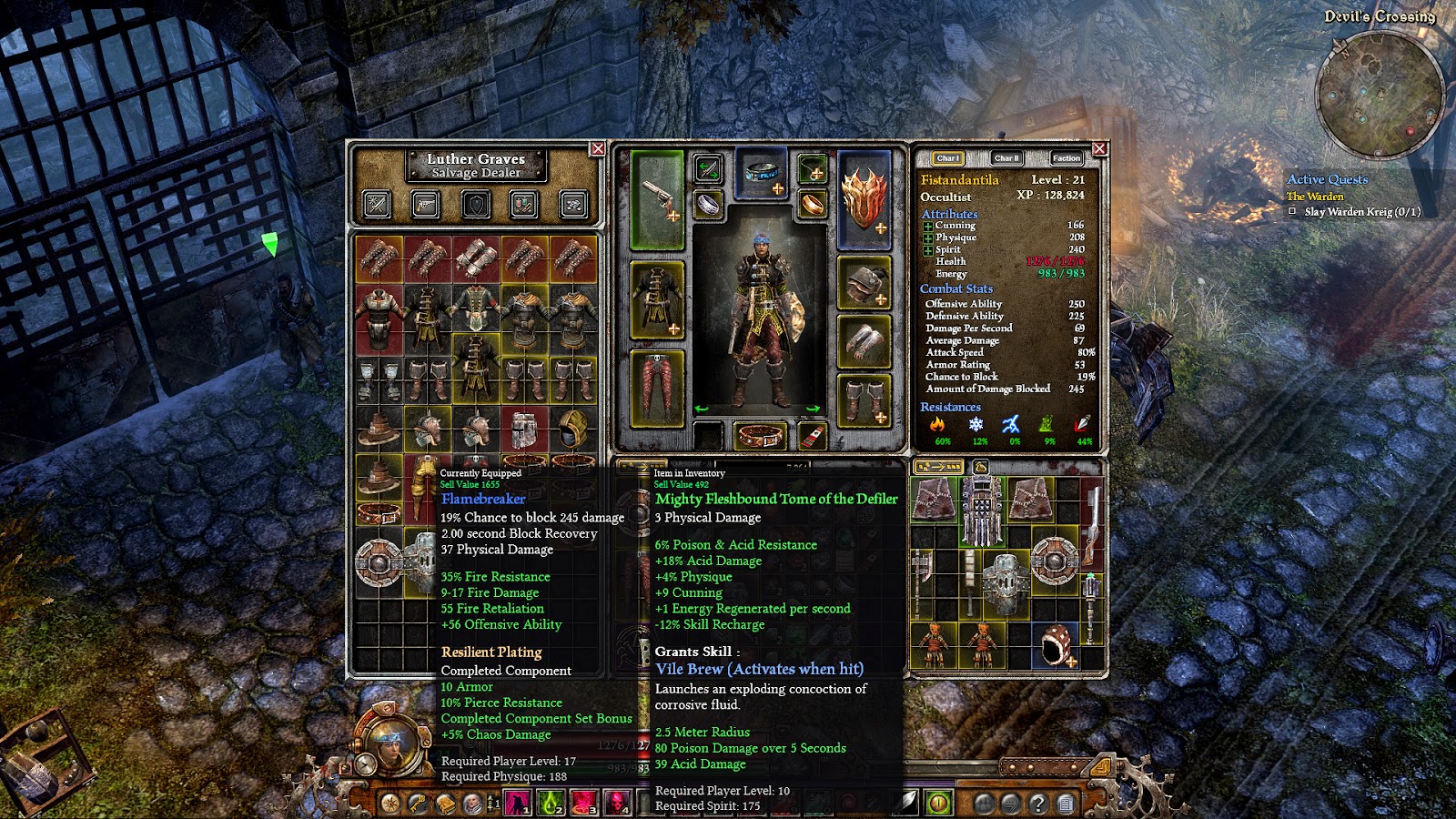 Where Grim Dawn starts to differ from some of the others is
that while the character progression follows some standard rules, players have
a bit more control over skill and character development. After choosing a class
and starting off the adventure, as they level up players can start to
experiment with the skill tree. While normally skill trees are level restricted,
Grim Dawn follows a slightly different form of restrictions by granting players
three skills points per level. While this would be fairly standard, players can
decide whether they want to level the class in order to gain more and possibly
better skills or if they want to stay at the lower class level and power up the
current skills that they have. This allows for various combinations and if the
higher level skills are not appealing, then there is no being forced into
taking them. The only thing that makes this better? Players at selected levels
are allowed to choose a secondary class allowing for a serious amount of
character customization.
Along with the level of character customization, Grim Dawn
uses an open-like world that allows the player to head off and explore its
reaches once they are out of the opening sequence. There were a few times in
which I ran into beings that were out of my league and I had to run away. This
of course is when I accidently went straight passed where I was supposed to go
as I was exploring off to the side and just kept going… and going… and
going… and oops? However the ability to do so, explore, and come across various
things and sometimes peoples was a lot of fun.
Grim Dawn is still within Early Access and while not all
classes or story acts have been implemented yet, it is more than worth the
time. Currently there are only two of the acts available as the rest is still
under development but once this is finished it’ll be something that plays up
there with Diablo, Torchlight, and Van Hellsing. 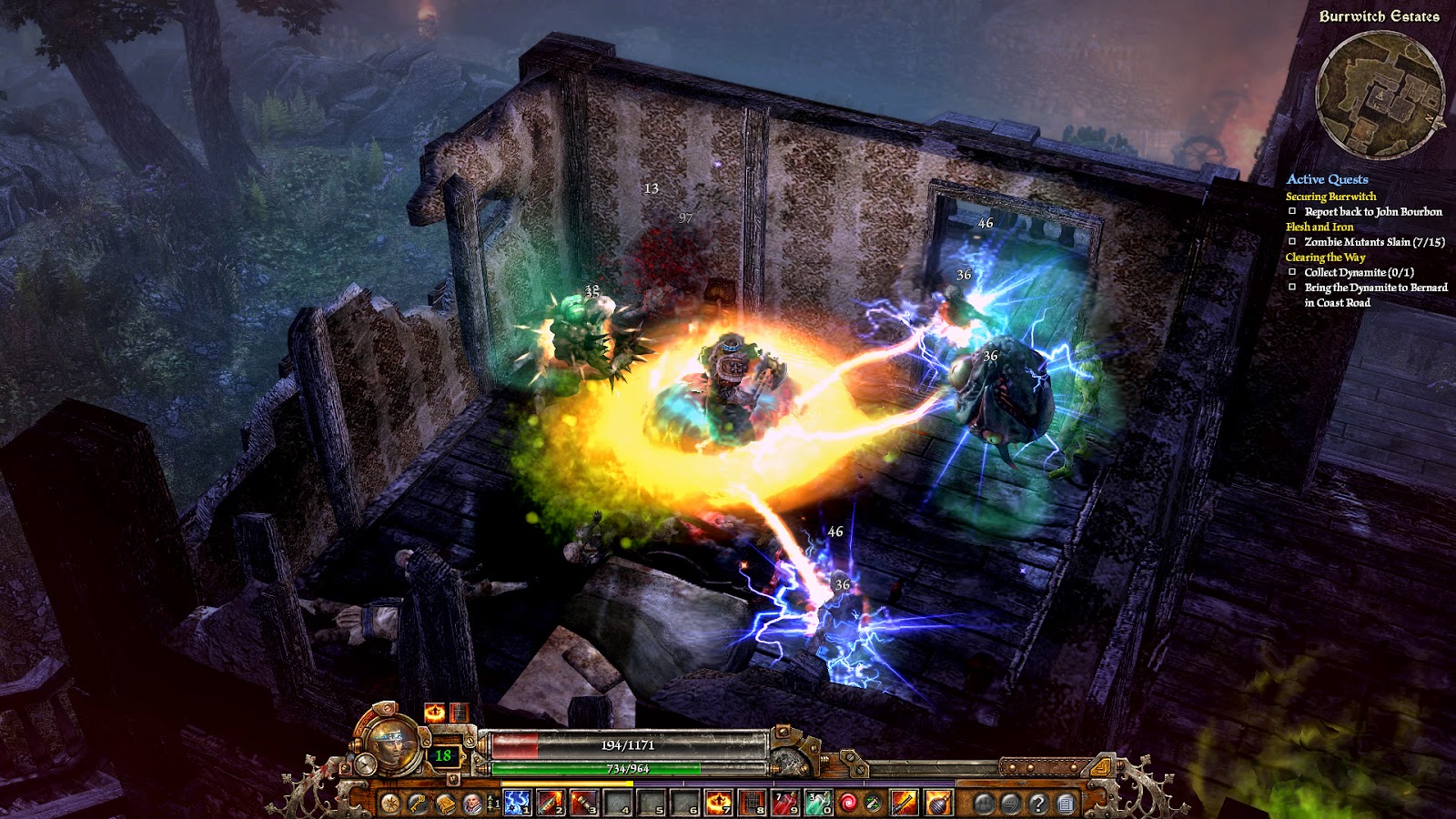