comments Share
You are reading
Madden 15 – Xbox One Review

Madden, like the sport it emulates, is a cyclical thing. Year after year teams trot out some changes (rosters, game plans or coaches) in hopes of achieving a better result that the prior year. Most of the time the teams are not dramatically different, and in the end fans still watch because each year unfolds differently – oftentimes in unexpected ways. Madden is perhaps a bit more predictable, but the parallels are certainly there. This year’s Madden trots out its best game of football in a few years. 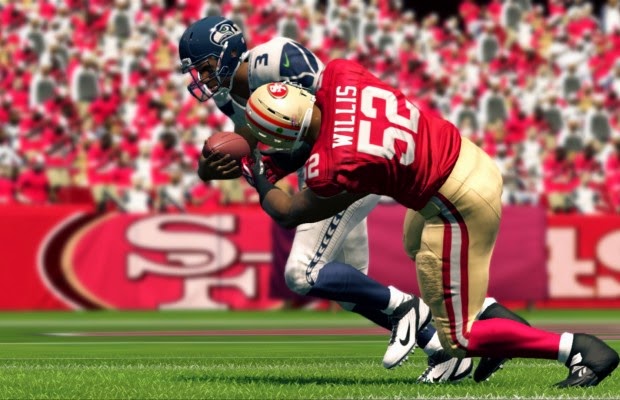 Of course, the key here is that these are steps, not sprints. Thankfully we are not talking about baby steps, because there are some notable improvements. Still, at the end of the day, we have the modes you would expect, the roster updates you would expect and a few new bells and whistles. That is enough for me to enjoy the latest iteration, which I have been playing heavily since its release and am finally going to write about.

First and foremost, I find it amusing that a game featuring Richard Sherman of the vaunted Seahawks pass defense on the cover can have such a questionable pass defense game. Last year’s game was all about the running for me (though this was more true on the PlayStation 3 than the PlayStation 4). This year running is tough. It is also a good deal more realistic. In last year’s Madden 25 on the PS3, on All-Pro difficulty I can run for several hundred yards no problem. On the PS4 version, it was a problem – but All-Pro and Madden difficulty still yielded about 150-250 yards a game on default game clock settings.

I use the Lions – who are first pass and run… well, fourth or fifth, because they pass first, second and third most of the time in real life as well. I routinely rack up a few hundred yards or so a game passing on All-Pro, but am thrilled if I can squeak out a hundred on the ground with my Bush/Bell tandem. The thing is, that feels right. I have a buddy who played the game and lamented these changes, but that is exactly how most Lions games turn out (except I win more). 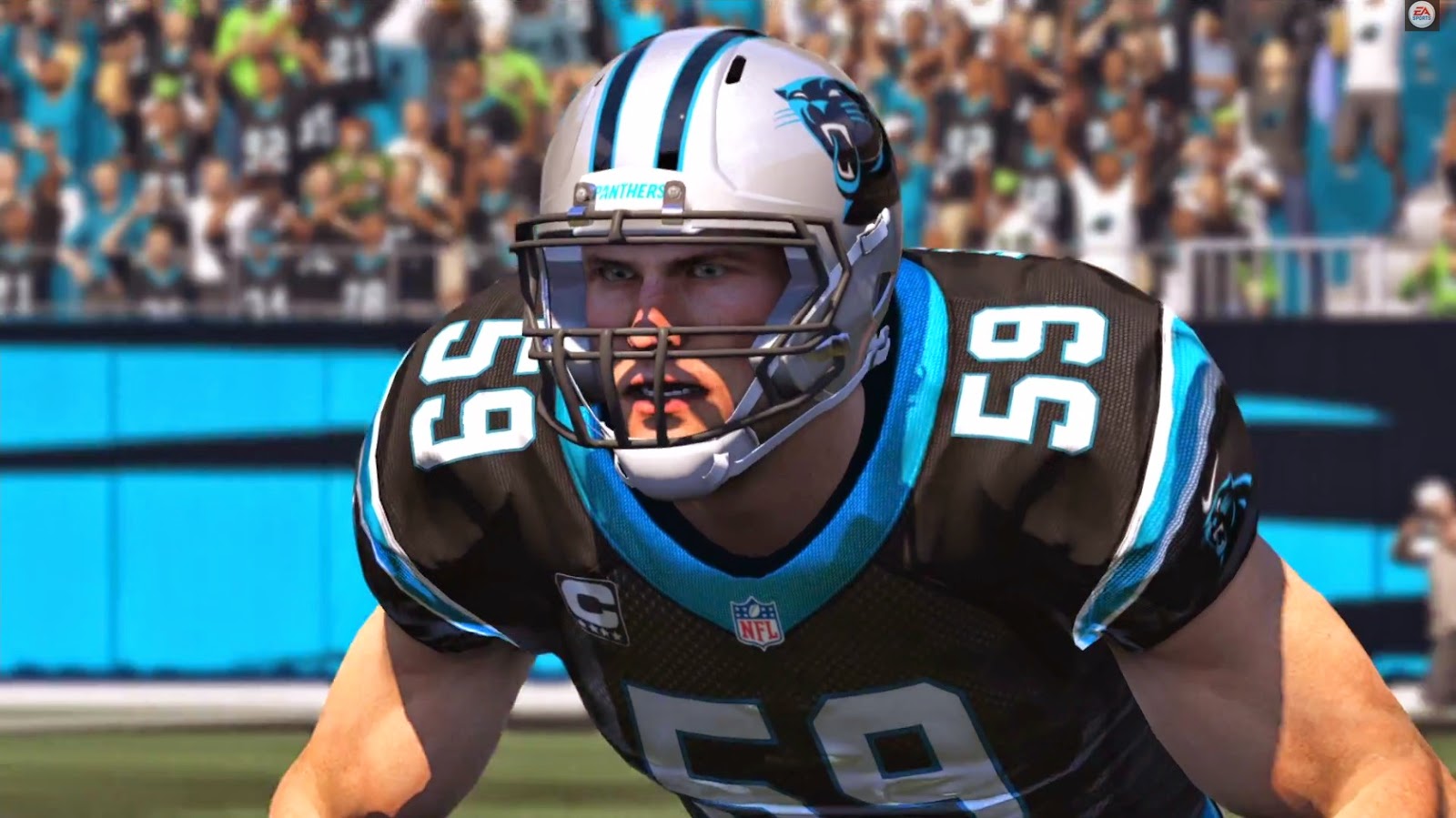 Some subtle tweaks to the Franchise Mode pay off nicely, however. Practicing is more streamlined (or can be completely skipped and letting the computer do it, so you are not ‘wasting time’), and player points pay out a bit more quickly and easily (again saving time), while simming games is also faster (once more a theme). The draft features storylines like years past, but with randomly generated characters, preventing people from using draft guides in public leagues like in years past. Deciding whether to boost a player’s confidence or their experience also helps balance the present against the future. Again, not a world of differences to be had here, but notable all the same.

So playing as the Lions in my Franchise Mode has been producing the expected results. I have gone through all of the skills training, and played some random online matches, and they are all well and good, but when I am not in Franchise Mode I have been playing Madden Ultimate Team. In the past I did not sink much time into that mode, which is a mix of opening packs of football cards and playing fantasy football. Opening cards grants random players, which then are slotted into your lineup. Win games with this team and earn more coins for more cards. It is a microtransaction machine for EA and I sort of hate it and kind of love it at the same time. The weekly events and challenges keep it fresh, but it is geared to get people to spend money as well. I can best teams early on but the more difficult challenges are either locked out completely (until my team is good enough to reach certain criteria) or just gets pummeled (putting a 61-overall squad against a 92 overall squad on Madden difficulty without being able to use any custom playbooks is challenging to say the least). Still, I find myself going back to the mode every week to see what the new challenges are. 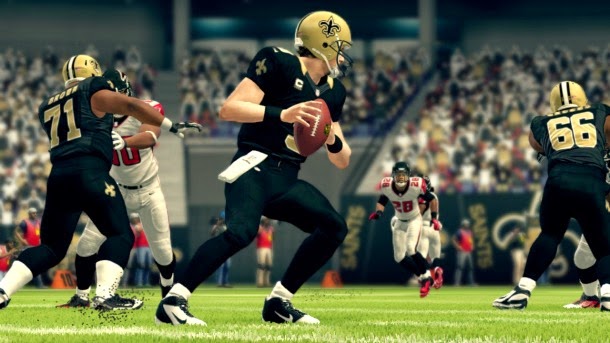 All of these things aside, the gameplay is where Madden is at, and generally speaking it works well. There are some new touches (like the tackling cone which really feels more like a tutorial – tackling feels pretty much the same as always, it just gives you some extra guidance) to go with an impressive graphics engine. By now the Infinity Engine is pretty well-known for some of the crazy things it can bring about, because players are loose-limbed and not forced into canned animations. While the effect is generally more realistic (and entertaining when you pop someone up into the air on a particularly vicious low hit), this does leave the door open for some craziness as well.

The announcing is… largely recycled from last year. I’ve been bemoaning this aspect of madden for about three years now, and there are lines ripped from the last game or two that show up again here. My son walks through the room finishing quotes when he hears one start at times (turns out, I play a lot of Madden. Who knew?). Considering how much better the announcing in FIFA and NHL 15 is, I am hopefully this is an area EA Sports addresses for Madden next year. I know it is time consuming, but in the world of immersion it is really helpful not to hear the same thing each and every game (sometimes multiple times a game).

Madden is one of my ultimate guilty pleasures and there have to be some serious missteps to regret purchasing it most years. This is not one of those years, because the game itself is still the best it has been in a few years now. There is room for improvement sure, but just like I hope my Lions can find their way into (and maybe event through!) the playoffs, I believe Madden will keep taking forwards steps over the next season or two.