Every year around this time, gamers have a tendency to look back at the titles that scared them the most. Which games provided our team the most thrills and chills? This is an amusing topic for me in particular, because I absolutely love the genre. Turns out that is not the case for some of the others on the team, several of which simply replied “No” when asked to talk about the games that creeped them out the most. The rest of the team? Well, we have a good story or two to tell. 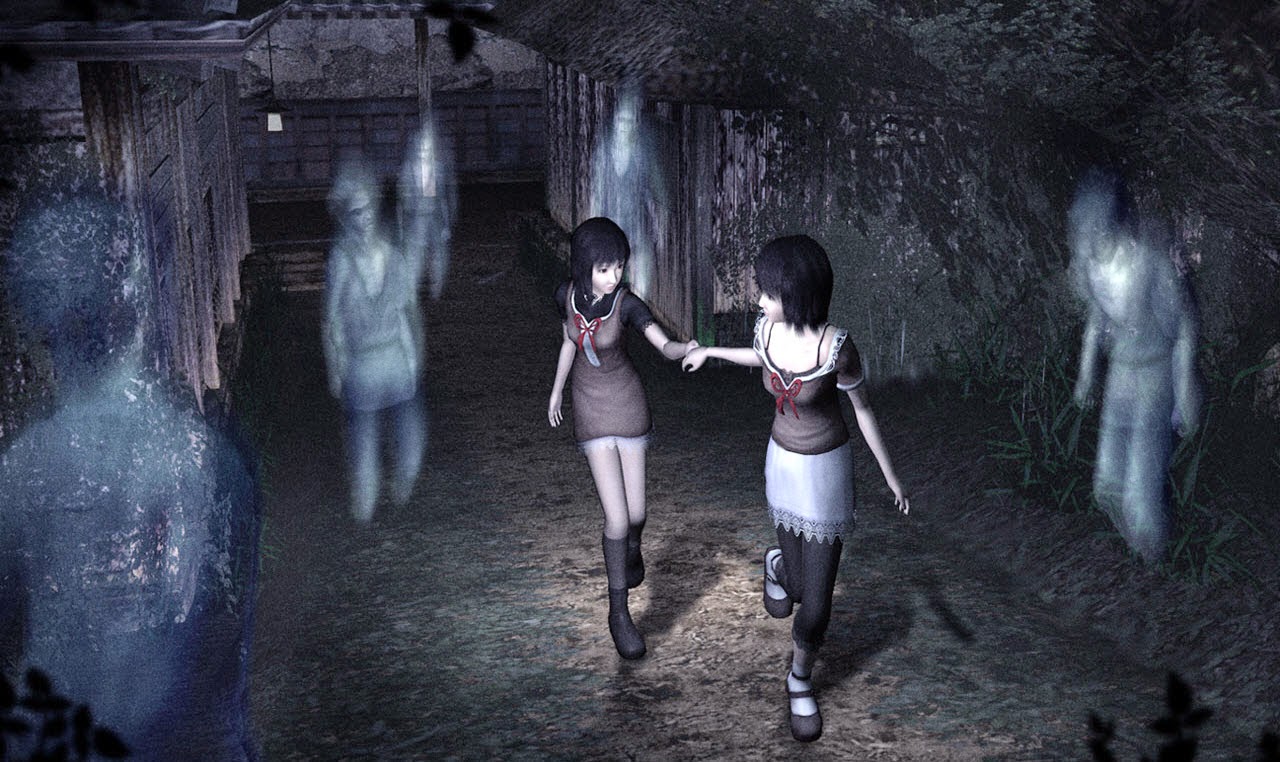 I will simply lead with my favorite horror title of all time: Fatal Frame 2: Crimson Butterfly. In truth, the Fatal Frame trilogy stands as my personal pick for the best horror franchise ever.

The above trailer really does not due justice to the creepiness that goes hand-in-hand with walking around the dark settings with only a camera for your defense.What made this particular mechanic especially fiendish is that the game moved from a third-person view to a first when using the camera. I have a lot of other games over the years (Dead Space 1 & 2, Silent Hill 2, Shadowgate and even The Last of Us provided plenty of tense situations), but none have done the job quite like Fatal Frame.

The closest I came to playing any sort of horror game was Amnesia: The Dark Descent. I was going for the Golden Potato badge on Steam, which required me to get certain achievements in 36 games. One was in Amnesia, but there was a mod that turned off the monster… and yes, I used it. My only previous experience with that game was in a room full of guys in their early 20’s. Game had just come out, we had just come home from the bars. The bravest of our group loaded up Steam, and when no one was looking launched Amnesia. The room went quiet – we all knew of the game, but it wasn’t until we were all there for moral support – and loaded up with liquid courage – that we even dared try it. Suffice it to say we still weren’t ready, as our girlish squeals woke up those around us and the game was uninstalled not 20 minutes later. 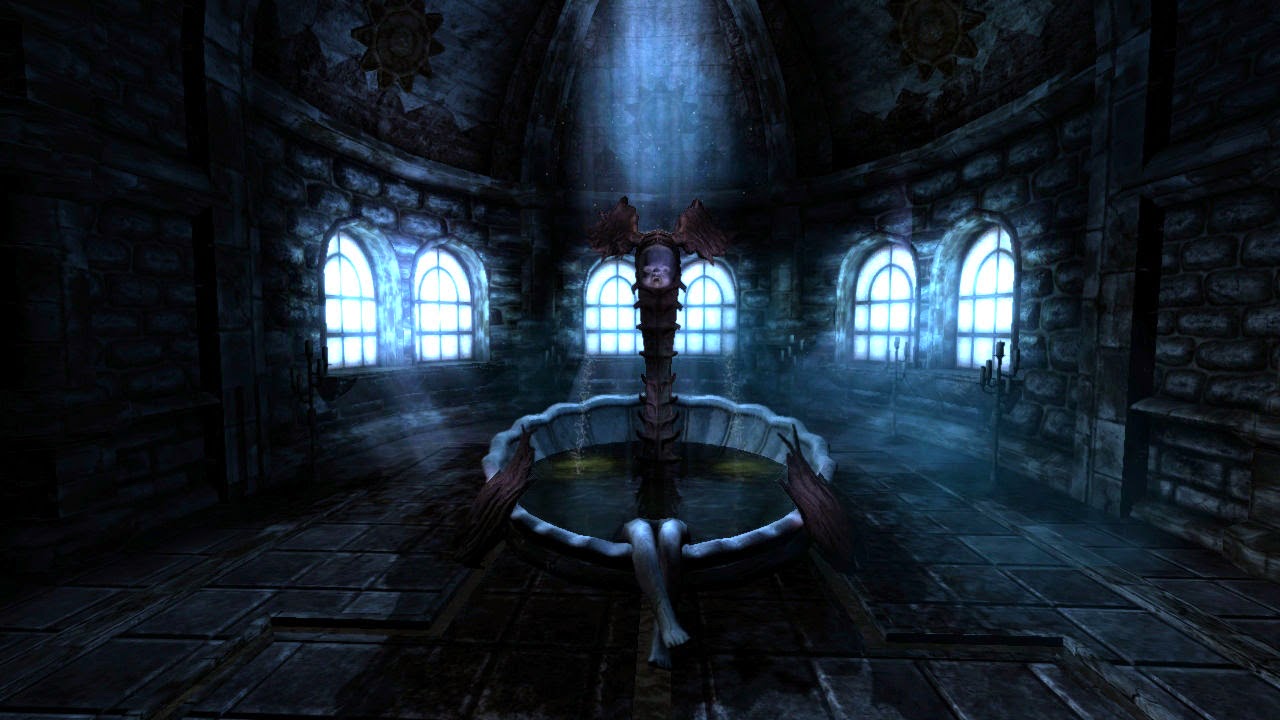 I might be misremembering the contents of the on-screen flashes, but it was definitely messed up and tried to make you jump (the roughly twelve and a half minute mark in particular):

I generally stay away from the horror games.  The closest I got was back in the PS1 days when I got a copy of Official Playstation Magazine with the demo discs.  I fired up the demo to Silent Hill and that about did it for me and horror games.  I’m glad I decided to play it in the day time or else I may have died on the spot.

I will say it really made me appreciate how much sound effects can really draw you in.  Before that, they were just noises to give you feedback about what you were doing.  The radio static and the sound of cockroaches skittering around really were a critical piece of the environment.  Otherwise, it just just a character wandering through fog.

Since then, I can’t really think of any horror games I’ve really played.  I’ve watched my wife play Dead Space, but that’s about it. 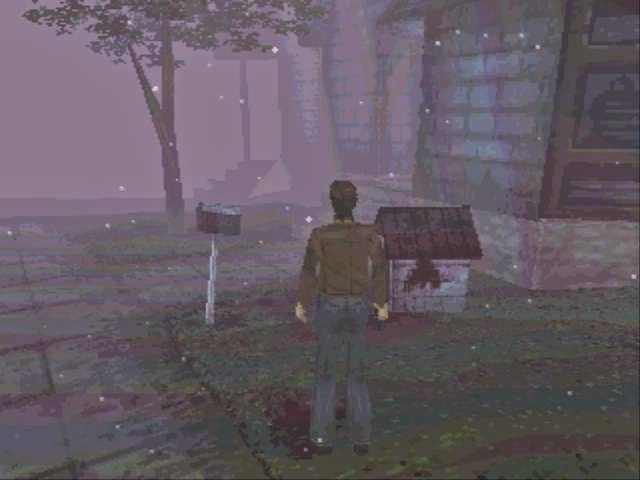 These two… just remembering is enough to give me goosebumps.

Resident Evil 2
It was honestly a dark and stormy afternoon way back when I was in my mid-teens. A few friends, my brother and I had gone swimming pre-thunder storm and once it started we headed inside for what would have been my biggest mistake of that year. The temperature dropped, we pulled out some foam mattresses and blankets while we tried to get warm. Well relatively warm. It is Canada after all. One thing to really pay attention is the part of the city, even to this day, is prone to power outages during storms. Tempting fate, I loaded up Resident Evil 2 which already scared the crap out of me in the first place… during a thunderstorm.

Anyone and everyone who has played an older Resident Evil knows that there were some places that you could be safe no matter what. Or that is what I can be lead to believe. So this dark stormy afternoon, with flickering power, I loaded up RE2 and set off to continue my slow adventure of trying not to become zombie food. So here we are, I’m the only one paying attention, and once again, I walk into the interrogation room. I do the quick look around for no other reason that that’s what you do while you try to find out where to go when ALL OF A SUDDEN A LICKER JUMPS THROUGH THE FREAKING WINDOW!!!! I screamed like a little girl causing the others to either jump or scream in turn. When asked what the hell that was about after I killed the thing, the most I could say was “It… it… it… jumped through the window”. I’m totally manly I swear.


Among the Sleep
I’m flat out going to say that this made me scream once or twice too many. Between the dark atmosphere, the creeping shadows, the sounds just out of reach, and having nothing more than a teddy bear to light the way or give yourself away. It still haunts me. The biggest scare however comes from being so engrossed into the game that when my cat jumped up onto the sewing table beside the desk. He bowled into things and almost fell right back off because of all the instruments and whatnot that were present. I screamed like a little girl as this was not even two feet away which in turn scared the crap out both of the cats (the other was already chilling on my desk) who booked it from the room. My girlfriend was laughing so hard at the fact that I was completely traumatized.

Whoever said cat jump scares are cheap hasn’t had this happen to them. 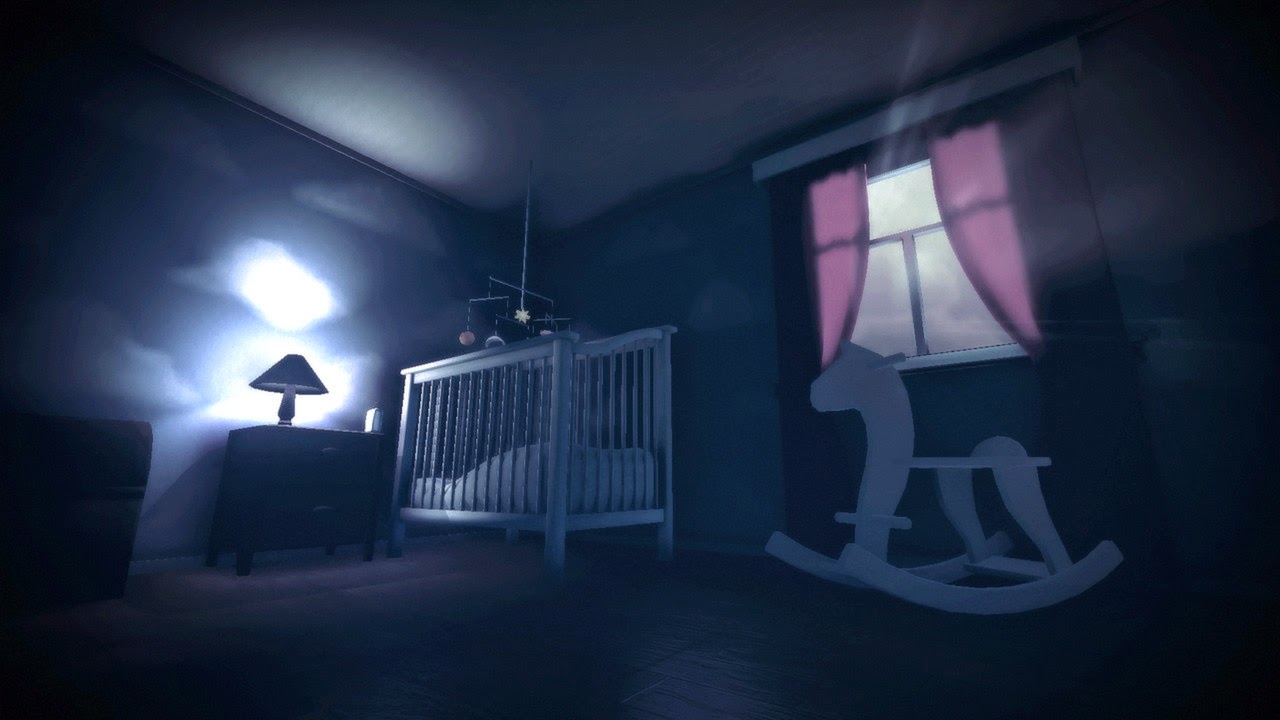 We hope you enjoyed our trip down memory lane and our own scare-fests. Have a great Halloween!