I recently had the pleasure of not only reviewing the original Starpoint Gemini, which I enjoyed well enough given some of its shortcomings, but I was able to go about previewing Starpoint Gemini 2 as it enjoyed Early Access on Steam. From early impressions I could tell that Little Green Man Games was working hard to really build upon, and definitely improve upon the style of game that the Starpoint Gemini titles started out as. It is not very often that you find a space-faring exploration, trading and roleplaying game where your character is a ship rather than a specific person (ala Mass Effect). 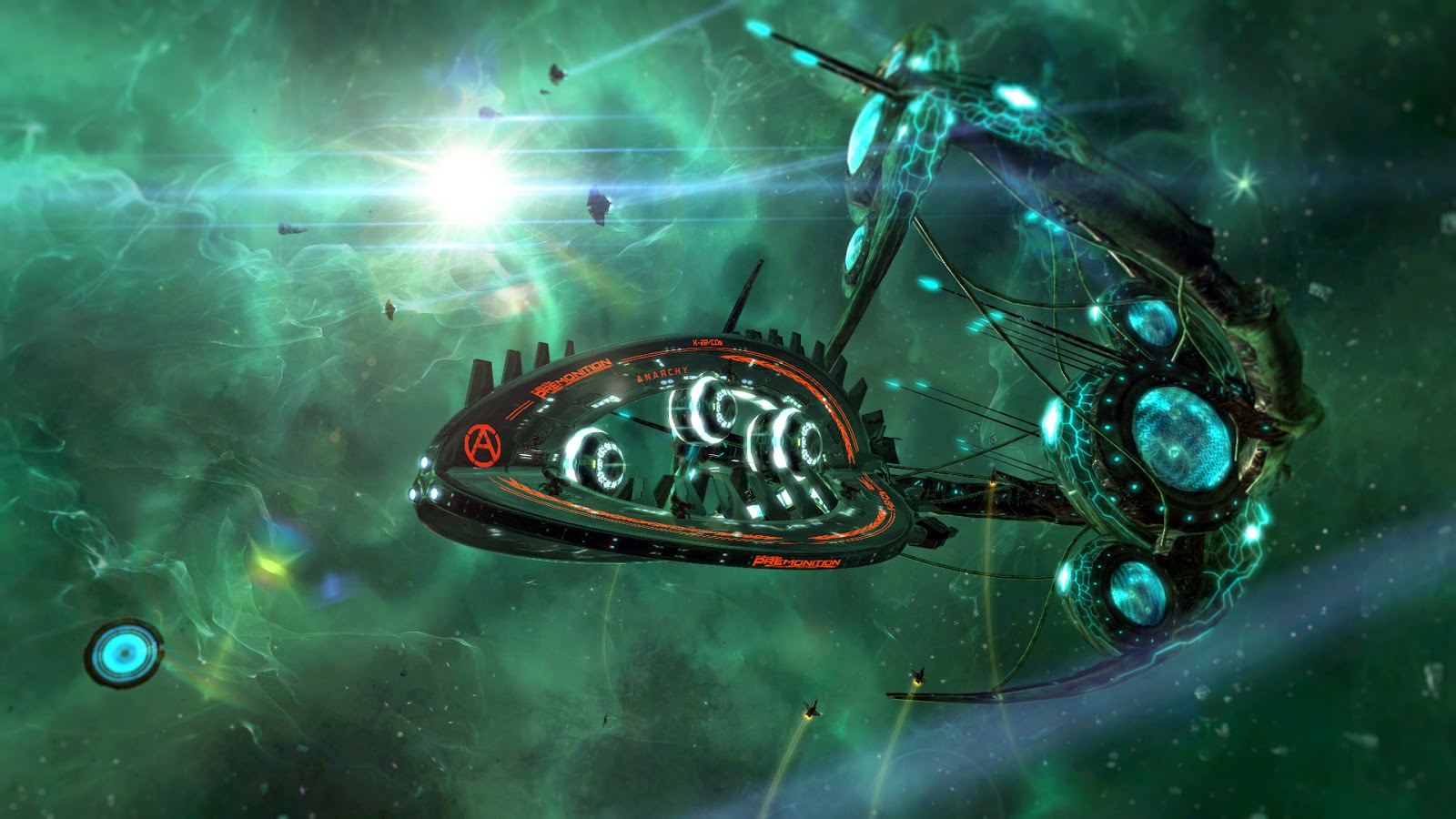 Admittedly, the first Starpoint Gemini was a bit rough around the edges but those of you like me, those that really enjoy space and look forward to something new and different, found that the first title was a solid little gem, just not flawless. With the second coming of Starpoint Gemini, Little Green Man Games have taken to rebuilding the game from the ground up, using what they learned to sculpt Starpoint Gemini 2; the big question is whether it is enough for their newest release to reach beyond the stars.

Starpoint Gemini 2 is a completely different experience than the first title. In the first game there were a lot of movement restrictions, making it feel more like a 2-dimensional space game. With Starpoint Gemini 2 (SPG2) there is full freedom to move around in space. Everything has been overhauled, from flight mechanics to re-aligning on the planar scale (to help with disorientation); SPG2 is 100% a better game than its predecessor, though it is not without its faults. First and foremost of things I noticed would be controls; since SPG2 behaves so much more like space movement can be tricky at the best of times (well, for those unfamiliar with “moving” in space) and there are two real ways to play SPG2.

Right out of the gate, Starpoint Gemini 2 supports Mouse/Keyboard, Flightstick, and Gamepad; being the console gamer I am I always have my Xbox 360 controller handy so I started up SPG2 with the controller plugged in and tried that particular control scheme first. Word of advice? Do not use the controller. The mapping is awkward and difficult to get used to and even though I am a veteran spacer I just could not work with the gamepad; a rarity but an unfortunate truth. The gamepad is just too weird with StarPoint Gemini 2. A flightstick actually works very well with the game, so if you have one, even a cheap-o like an old Microsoft Sidewinder you will have an excellent experience. Everything just fit. Since I do a lot of gaming on the go with my Samsung Chronos 7 (which is a spectacular gaming machine) the flightstick was a bit bulky so I got used to flying via keyboard/mouse combo and with the SteelSeries Sensei Wireless’s macro capabilities, customizing the controls was a breeze and was an excellent experience. As expected, graphically Starpoint Gemini 2 is worlds apart (pun intended) from its predecessor. Rich 3D models and some extremely nice ship models populate the Gemini Sector though to be honest some of the ship designs are so realistically small that I would fly right by (or throw on some occasion, causing a spectacular puff of smoke where they used to be) without ever seeing them even though my shipboard AI was screaming that they were there. Which brings to light something I have not seen much outside of X: Rebirth; scale of ships. While not to the same effect as X: Rebirth, ship scales are fairly realistic in the fact that the quick and nimble, yet lightly-armored fighters were quite smaller than corvettes, frigates, stations and capital ships which is why  I was plowing through the little buggers left and right.

Given their small sizes and relative low prices, gunships were in great abundance (favored by pirates) and floating throw space with your multi-turreted Myrmidon frigate set to “fire at will” mode (i.e. the AI takes control of pinpoint targeting), laser beams, railgun rounds, and rockets will stream through the inky black like some dancing lightshow of death, punctuated by small puffs of atmosphere followed by a tightly controlled explosion that leaves only the withered husk of twisted molten metal in its wake. There are certain sectors of space in SPG2 that will contain periodic pitched battles and ripping through them at max speed laying waste left and right is a spectacular sight. When I think of ship-to-ship combat as described in the Halo or Star Trek books, this is what I think of and it has me all tingly-with joy and excitement.

While combat is a blast, especially with the high-quality graphics there is a big downside. After a short 9 hour gaming stint in Starpoint Gemini 2 I started losing textures. SPACE disappeared. It was very odd and quite disquieting and at first I thought it was just an issue with my trusty laptop heating up but after a quick feel the chassis was still cool to the touch and the fans were not moving in turbine mode (aka blowing so loud one can hear the laptop three rooms away). It was repeatable with nearly any long gaming session, though it is very simple to address; just dock, save, reload and everything is good to go. The audio though, does not fare near so well; in my preview I mentioned that the audio was much improved over the previous title and I could not stress that enough. 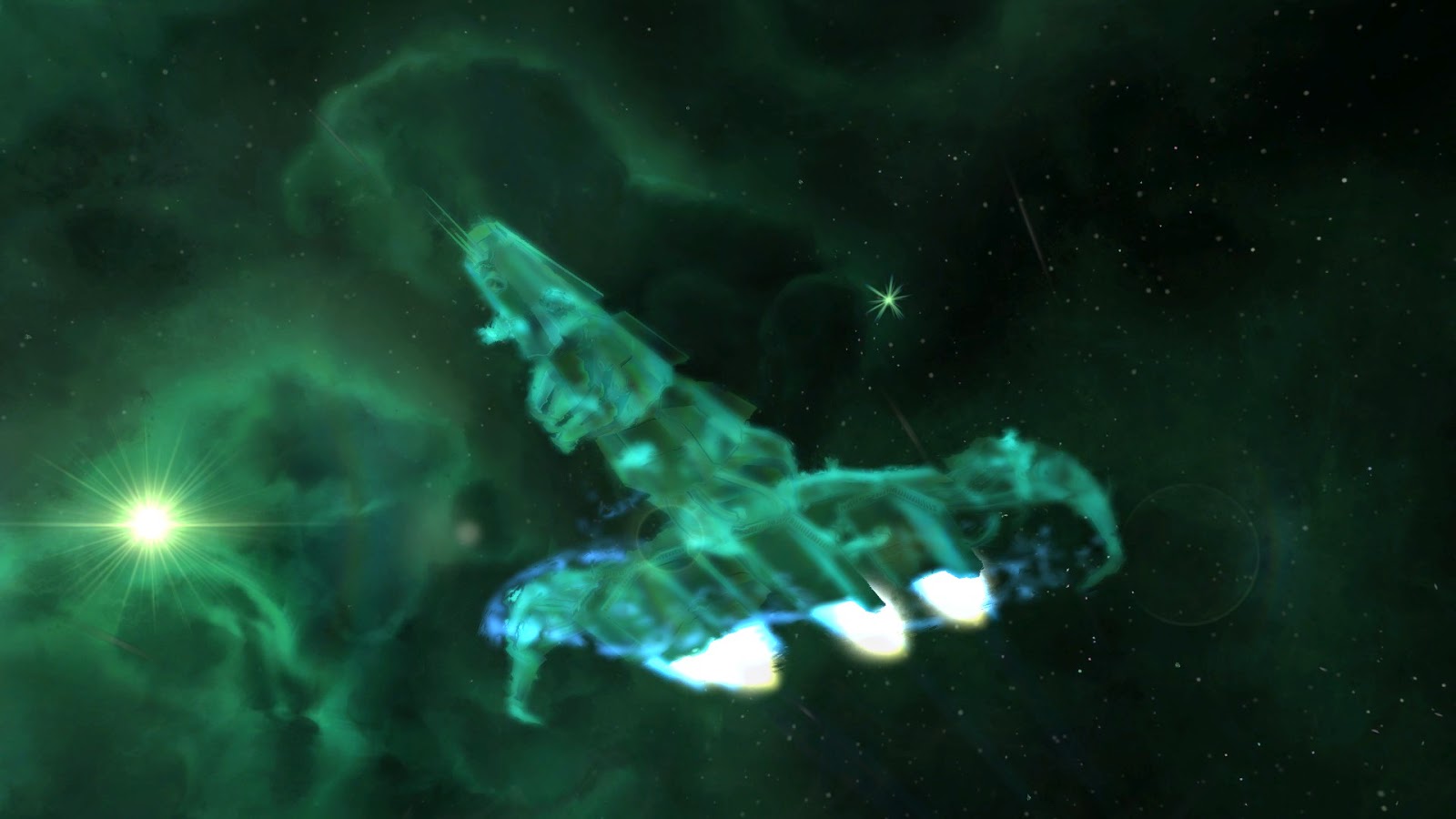 Audio in Starpoint Gemini 2 is great, except for when it does not want to work; specifically the voice acting tracks. Throughout both the campaign (which is not terrible) and the free roam feature voice narration will work with one particular line but not the other and will move in and out. Ambient audio (exhaust, explosions, laser beams, plasma, shields, ships, etc.) is super clean and never fails, only the voice acting. I actually enjoyed the soothing, yet interesting background music. Even with the “PTE” feature (power to engines – aka you move super fast) flying through space can be a lonely affair and the music helps keep you company and that is a feat all of its own.

Starpoint Gemini 2 was a massive surprise. While I enjoyed the first Starpoint Gemini, it was not what I would call the most ‘robust’ of titles and it had numerous issues. Starpoint Gemini 2 is a completely different experience while maintaining the core concept of being a space-faring role-playing game with trading elements. Featuring robust graphics, fantastic skill trees, a massive range of customizable ships and equipment, a decent story and some of the best space combat I have see outside of X3: Albion’s Prelude, Starpoint Gemini 2 does everything right from beginning to end. Little Green Man Games has completely turned the franchise around and provided us with a solid game that, while it has some bugs, is incredibly enjoyable and should be a part of any space-gaming fan’s library.