comments Share
You are reading
Sunset Overdrive – Xbox One Review

There is a lot going on in Sunset Overdrive at any given time. Lots of places to go, lots of bad guys to kill and lots of ways to do it. There is a bright edginess to the gameplay that immediately worked for me, because Sunset Overdrive is attempting to do something different. It seems to be inspired from lots of different games, but the end result is unique – but most importantly it is fun. 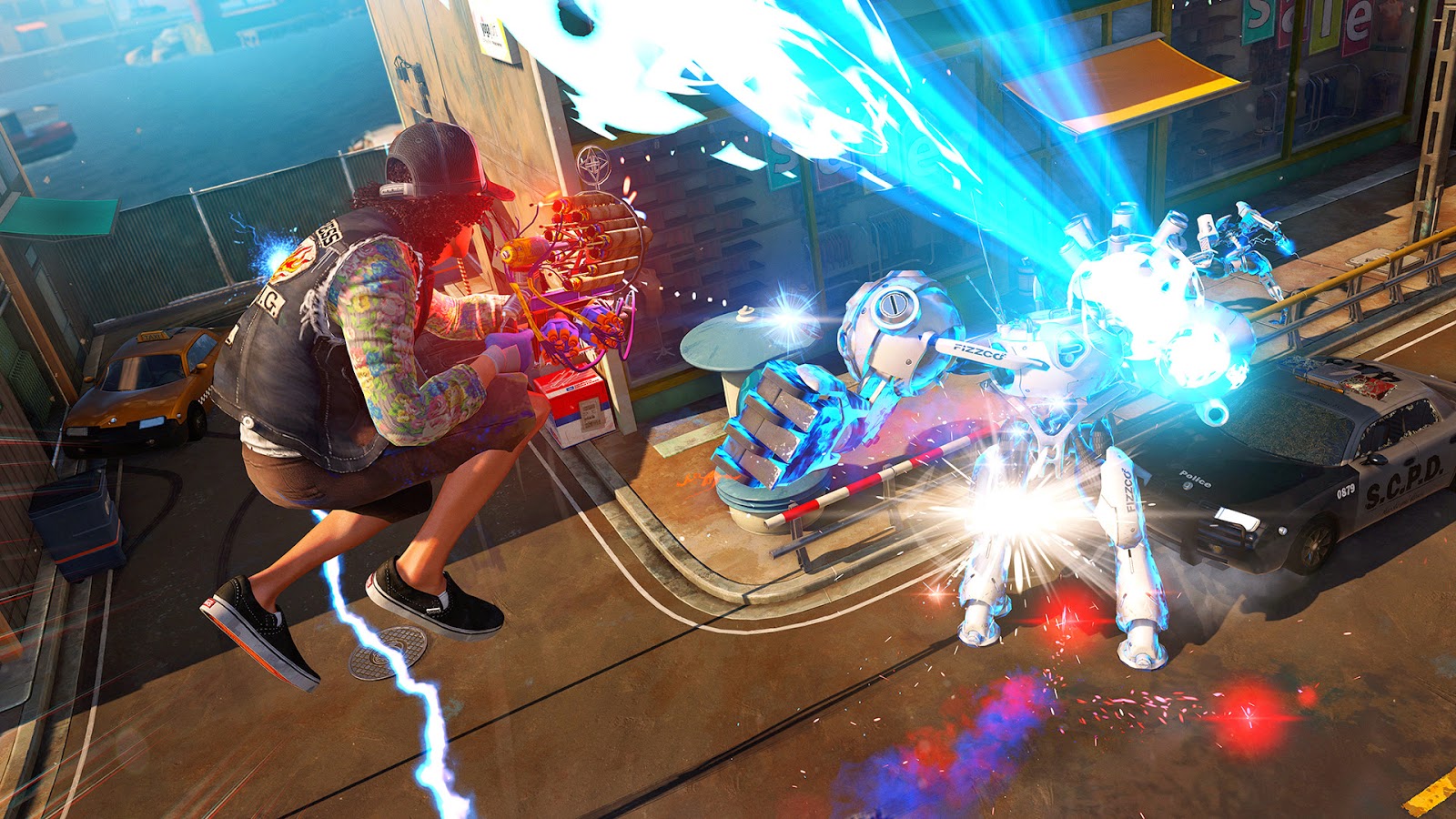 The story is as ridiculous as most of the characters you will encounter. The basic premise is that an energy drink was new and being consumed by a large portion of the city has turned them into mindless mutants. Those who did not chug the beverage or get their faces eaten in the immediate aftermath comprise the survivors of this now locked down city. You are among those people and you… can do just about anything you want, really.

I think that’s what I consider the beauty of Sunset Overdrive – how much there is to do and the flexibility in doing it. Your character can be made to look a variety of ways right away. Some people will go for serious… I opted for the mow-hawked and zombie-eyed route with my punker. The basic tutorial is thrown at you so the basics can be learned before diving into a fairly superficial story that ranges from helping a brilliant inventor gather supplies to a grumpy old man find a way out of the city and everything in between. And I do mean everything. Snotty but intelligent college nerds with ridiculous requests of your character? Check. Bounce around and look for balloons that can be used in creating more amps (power-ups) for your character? Sure. In the end though, the goal is to bring a stop to the Awesomepocalypse. 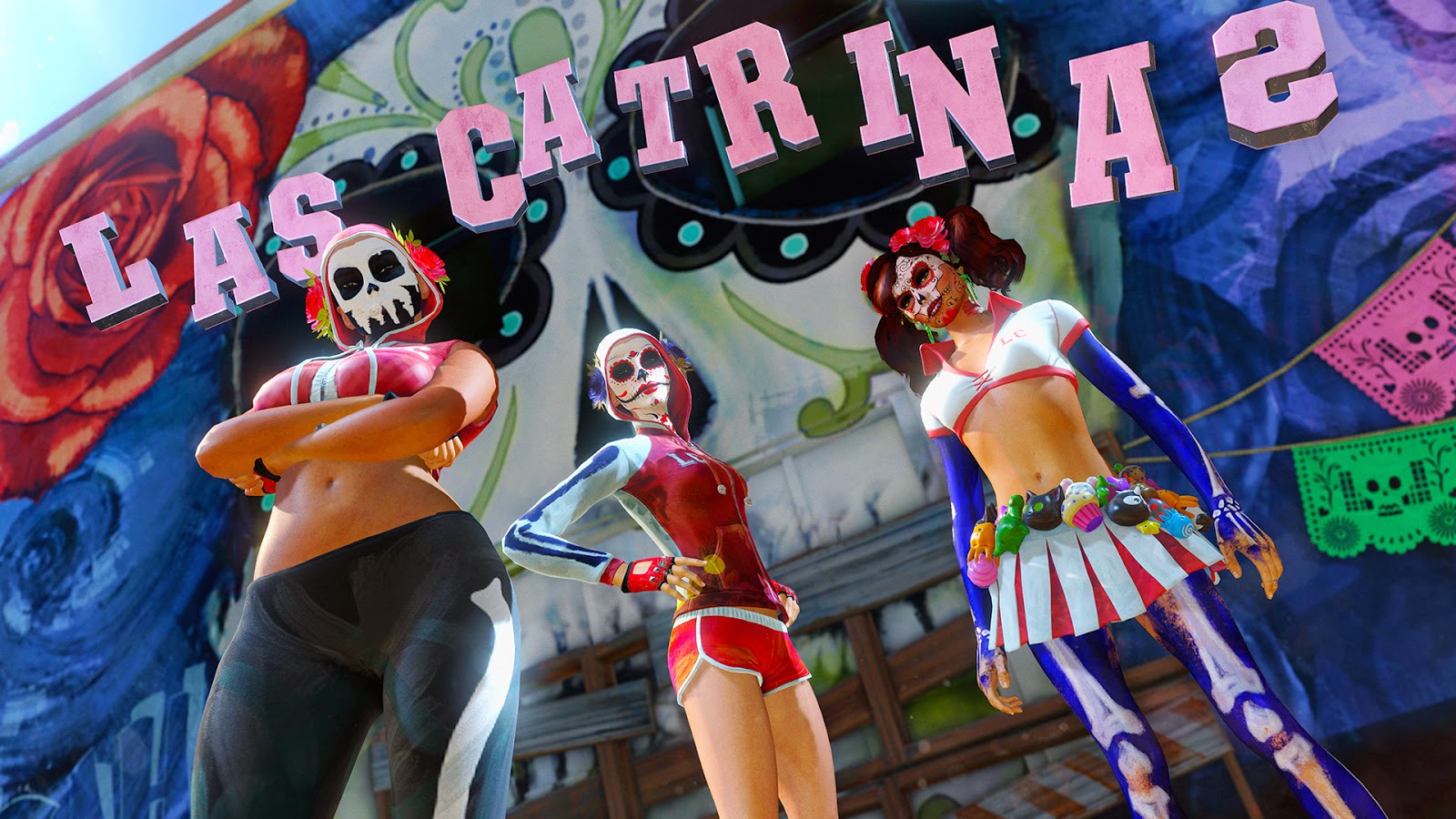 Yup, that’s what this is referred to.

The fourth wall is broken on many different occasions. Sometimes this is in the form of the streaming Sunset TV, other times just through some of the ridiculous things that characters say or even when a voice over is simply walking you through a gameplay mechanic. If the tongue was pressed any further into the cheek, it would poke through to the other side.

Aside from the wide variety of styles that can be unlocked for your primary character, the visuals themselves are striking in their vibrant use of color and the wide variety of enemies found in the game. Blowing up a bloated-headed zombie and creating big colorful words in the air give Sunset Overdrive a comic book feel that works given how ridiculously everything else is handled.

So the tone is solid and the visuals score – what about the gameplay? It is a unique mash-up of Tony Hawk and Infamous, which makes for an odd but different shooting game. Too much time spent on the ground almost always means death. Enemies are fairly accurate if you are moving slowly, so the goal in combat is to bounce off of cars or grind rails and ropes while shooting at enemies. This state of constant movement could be jarring to those who are used to their shooters being ‘stand your ground’ or even ‘sniping’ affairs, but I thought it added a sense of speed to the combat. Instead of the game just being fast when traveling, it is in your best interests to play fast and loose. Your weapon accuracy may suffer some, but there is a pretty substantial weapon arsenal and as long as you are killing things, you have reloads coming as well. 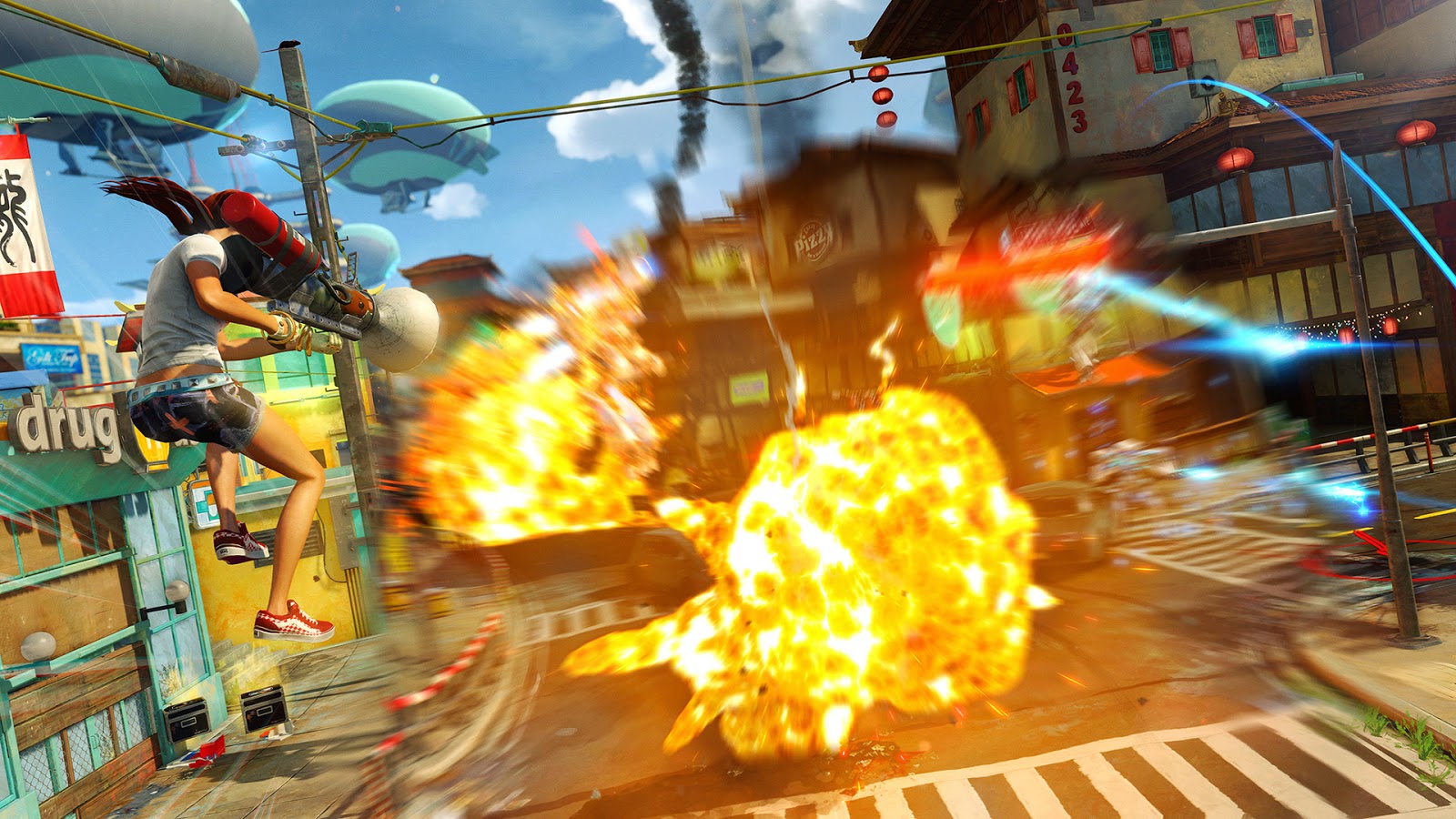 The enemies require some thought as some are more vulnerable to some types of damage than others. That does not mean you cannot pelt a mutant with your record-throwing gun and just beat him into submission, but perhaps using something that sets it on fire would save you ammo and time. Sunset City is actually fairly large as well, with quite a bit of flexibility in how to traverse it. Enemies will attempt to bar your path but there are both primary objectives and side missions available as well. These help to keep the exploration interesting. Quests, challenges and collectibles give you plenty of reason to explore, but an active multiplayer mode also gives you a reason to pick up the controller and play.

The biggest drawbacks are that the movement options are not the most intuitive in the beginning. Also, the game’s structure can get somewhat repetitive. Power-ups and a skill system give you some options that help to keep things somewhat more fresh, but at the end of the day you are killing hordes of enemies while roaming around a rails-heavy environment. It’s not a bad thing – it is however somewhat lacking in variety during some stretches of play.

Sunset Overdrive is gory, vulgar and completely irreverent. I feel like it was made for me. I like shooting games to begin with, and while the style of combat takes some getting used to with that need for perpetual movement, I had a great deal of fun with the game.