I really wanted to like Tenkai Knights: Brave Battle, since I tend to gravitate towards almost any kind of anime regardless of the age group it is designed for. The anime is geared towards younger viewers (probably closer to my sister’s age and she is twelve), but there was at least the potential to make a game that was fun, if targeted at a younger audience. There are multiple problems holding Tenkai Knights back, from lackluster visuals, inconsistent audio, repetitive gameplay and clunky controls. I realize the game is geared towards younger gamers, but I cannot recommend this to a player of any age. 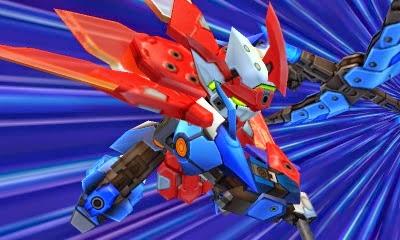 I am going to start with the graphics, which are thankfully colorful and work well enough during the gameplay itself. Background look decent and when you change into a Titan the visuals are actually pretty sharp and detailed. Unfortunately this does not carry over to the cutscenes, which feel fuzzy and are static, with intermittent voice over.

At least the 3D effect is adequate (and actually makes the cutscenes easier to watch because it seems to sharpen things up a bit). Unfortunately the music does not help matters. The songs fall somewhere in the range of almost catchy to completely forgettable – except that they repeat so frequently I found myself recalling them whether I wanted to or not. 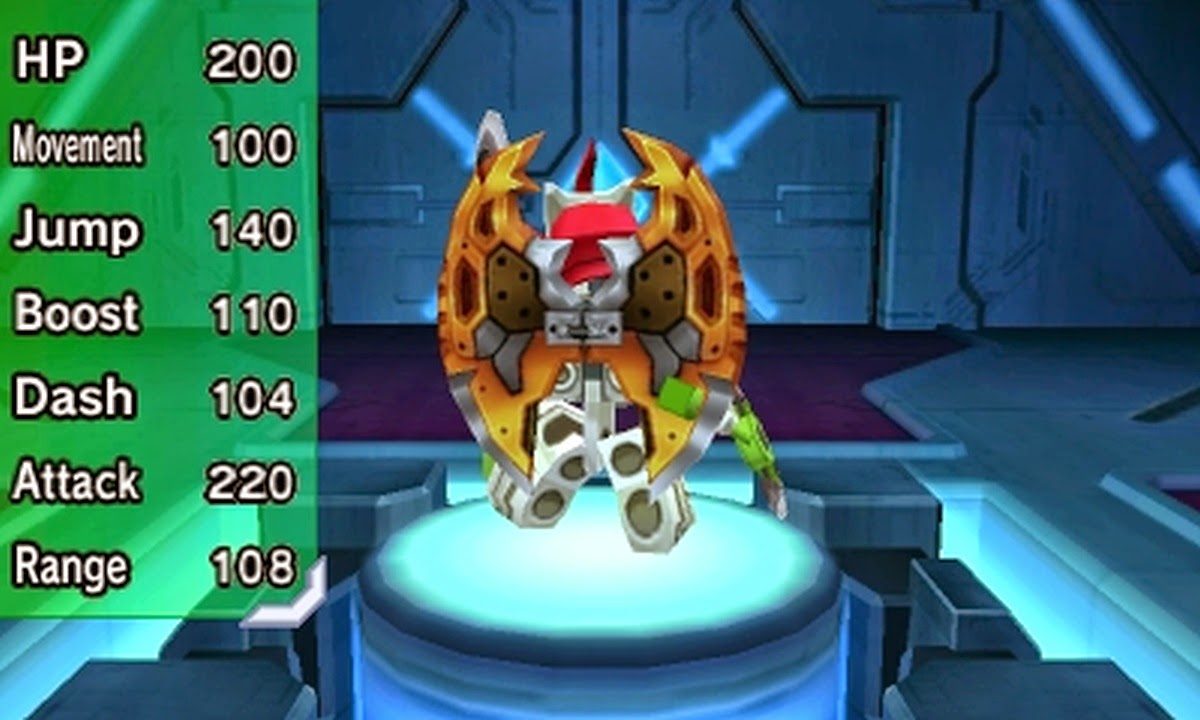 The theme of repetition continues with the gameplay as well. Each level or mission is basically to kill waves of enemies until you advance. The stages themselves feel more like arenas just hovering in space. Thankfully the gameplay itself is broken up a bit by the aforementioned Titan you can change into. Your character becomes a lumbering behemoth that feels a little more powerful than before, but not as much as the new appearance would indicate.

There are some customization options in the form of blocks that can be picked up from fallen enemies. This is probably the biggest missed opportunity in Tenkai Knights, because this could have provided an excellent opportunity for varied gameplay and a reason to invest in your character. These drops occur so slowly however, and add so little true variation from one another that they feel like something that could have been very cool but instead fizzled in the end. 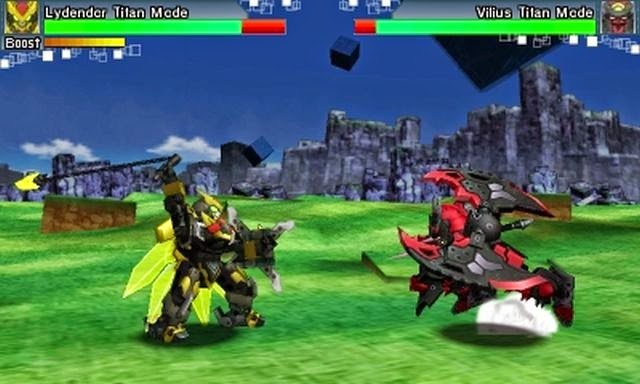 I understand that this is a game aimed at a younger audience, so I can understand the somewhat simplistic nature of progression. That does not excuse the controls in Tenkai Knights: Brave Battle. Jumping is an odd affair, with a dash that helps you move about while in the air, yet somehow manages to still feel clunky. You basically run around the levels, shooting robotic cannon fodder until it is time to advance to the next stage. Lather. Rise. Repeat.