We are kicking off a new feature like our Retro Reflections or Memorable Music that we hope to expand on over time. Better With a Partner focuses on games that are fun to play, but more entertaining if you have someone to play them with. Fight the Dragon, which is currently in Early Access, is our first such title. This is a less formal style of review/preview. If you have suggestions or feedback, we more than welcome them in the comments. 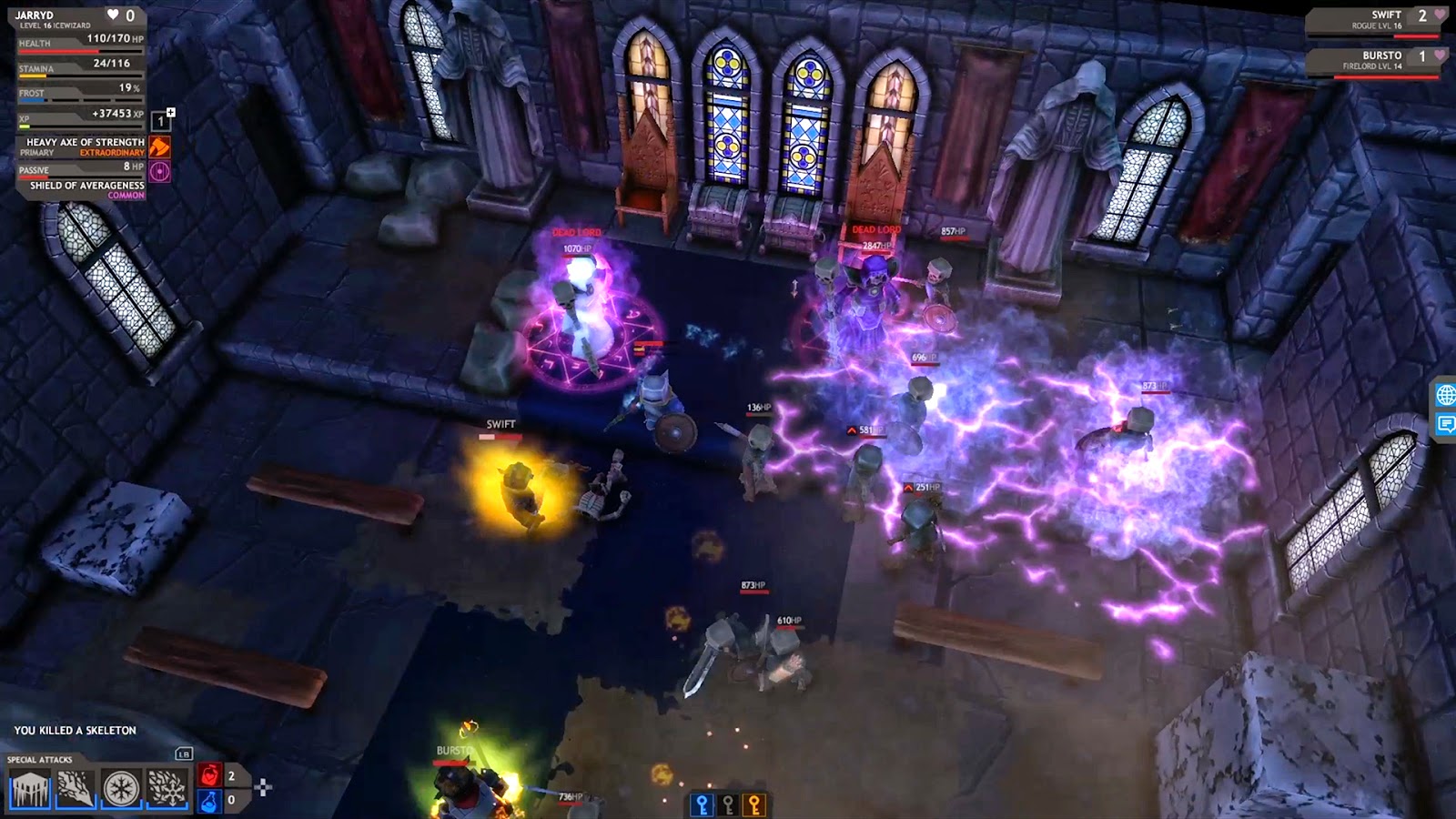 Not everyone finds someone that is willing to spend time on their passion with them. For the most part, we do our own things, but every now and then there’ll be a game in which the words “Honey take a look at this”/“Sweetheart check that one out”/“Player 2! Accept that steam gift and get ready!”. Van Hellsing 2, Diablo 3, and now Fight the Dragon and Cube World are the next ones in line. Neocore Games’ Death Trap is getting picked up once it hits Steam (actually by the time that this goes up it’ll have been out for a while! *grins* I am looking forward to that Tower Defense Epicness). There are several others on a list that we need to get to but you know that it’s bad when as a couple… there’s a backlog on top of your personal one. While she may not game as much or as heavily as I do, when we game together, it turns into marathons spanning a few days. Fight the Dragon (Part 1) and Cube World (Part 2) are examples of this.

While Fight the Dragon is currently within Early Access it is still rather polished for being that early in development. Local and Online Multiplayer options are available but as with anything there are hiccups where it may work one night but not the next due to an update. It happens and it hasn’t been a big deal as the friends that we are to play with haven’t been on at the same times as us. Starting at that point however, Fight the Dragon has a built in LAN server application that means that the internet isn’t required as long as you are all in the same household or use Hamachi to put them onto your LAN. Either way, there are options! 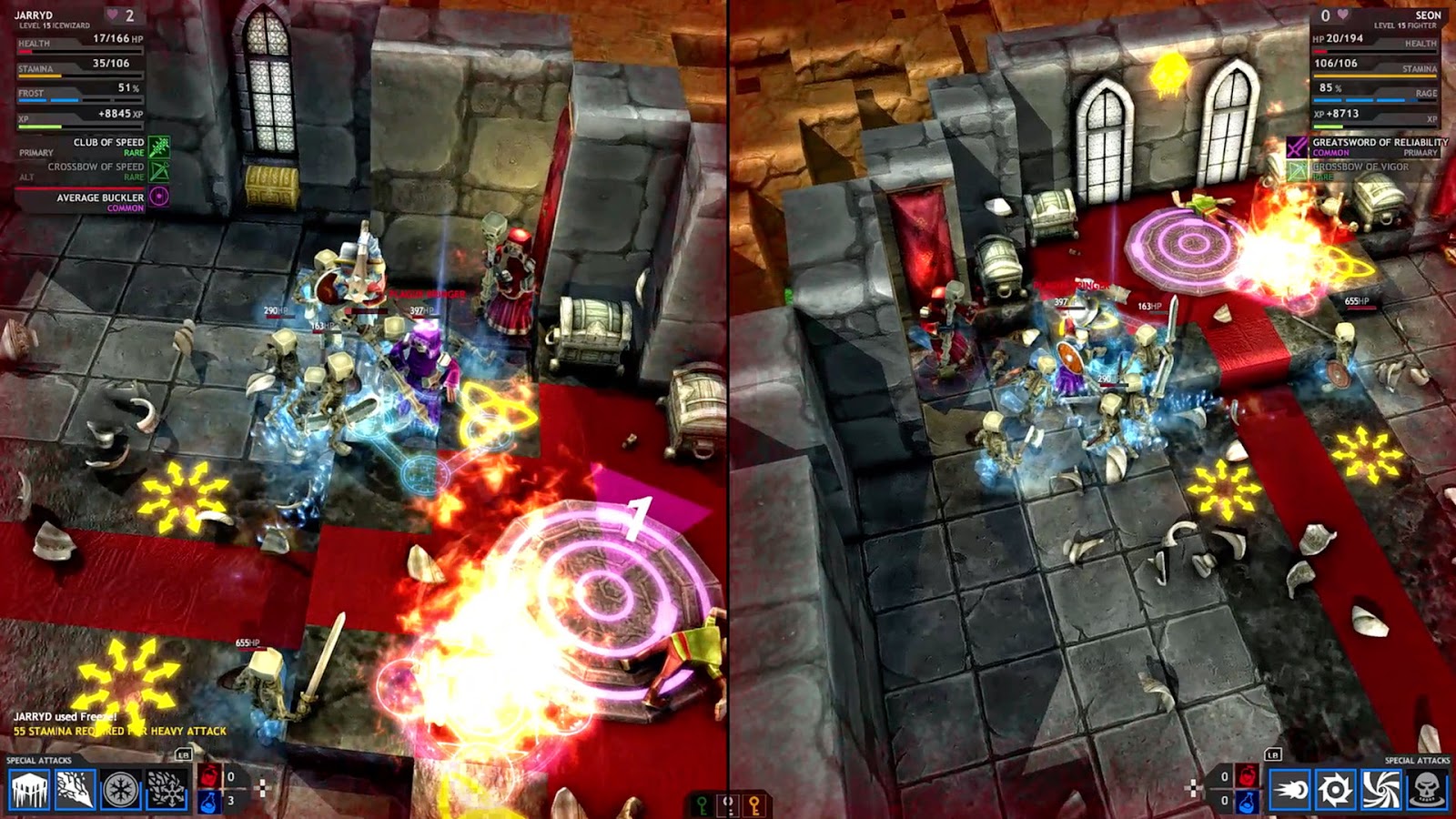 Fight the Dragon is a Hack and Slash RPG which currently features four character classes to go dungeon crawling. Currently available are a the Black Rogue, Fighter, Ice Wizard, and Fire Lord. Each class differs from one another in their secondary abilities which require specific amounts of Shadow ability to use. Shadow can be acquired either by a potion or laying a smack down on the various enemies that can be found. Along side Shadow is Stamina which is used to perform dodge rolls, running, and shield blocking. Finding the right times to use these two ability types, and methods to keep them within decent supply, is going to be tricky in the harder maps which can really start to put players to the test.

These maps come in five difficulties from Easy to Insane affecting things such as monsters, loot drops, and experience gained. What makes these dungeons interesting is that alongside the dungeons created by 3 Sprockets, there is also user generated content not unlike Ubisofts The Mighty Quest for Epic Loot in which feedback can be left to let creators know the general feel for their creations.

The map system that players use to select levels struck me as quite forward thinking in the manner that it was done. While using a square grid based layout in which once a stage is completed it opens up the adjacent locations is nothing new, 3 Sprockets has allowed for a selection of possible maps within that said square for players to select from. This means that instead of having to go further and further out to try out multiple levels, a single square can hold multiple adventures at multiple difficulties.

While currently there are no shops in which to spend gold acquired while adventuring, there does exist an obelisk that acts as a buyer of unwanted equipment. Each item given over to the obelisk has a gold value that goes towards a prayer rank which can be redeemed at any point after the first tier has been reached. Waiting longer and longer as your possible prayer goes up can be more than worth the possible reward that it gives. Players receive multiple random options from which to choose from which range from extra inventory, permanent stamina boosts, to brand new equipment whether armours or weapons. These can sometimes make the difference especially in a loot based game for how much farther characters can reach. 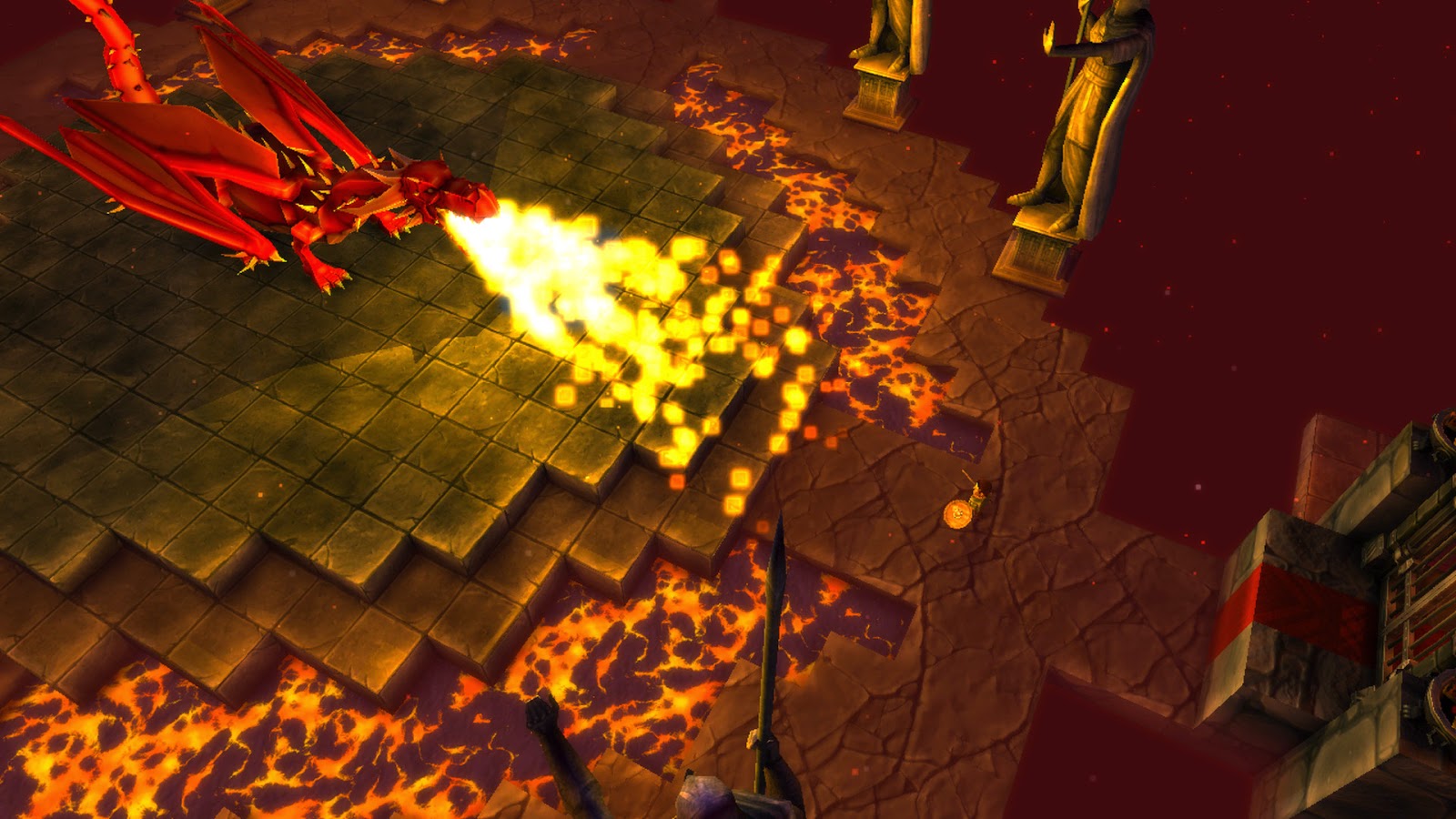 Now, for the main feature and title of the game, Fight the Dragon. This beast is a certifiable badass who will maul you repeatedly, savagely, and mercilessly. I’m just not sure if that makes him scary or not(…). Unlike the rest of the experience which boasts cooperative gameplay, the dragon must be faced alone up on the pedestal of his own area map. The dragon is so powerful that his HP bar makes me think of a boss in Final Fantasy XII which you could actually go back town to sleep in an Inn and restock on equipment in order to tackle.

The overall objective in fighting the dragon is to inflict as much possible damage before he takes you out which leads to better and better rewards as the total amount of damage inflicted increases. Along side the rewards is an online leaderboard to see how you are faring against others who have also gone up against this powerful being. The last time I checked it was somewhere in the mid-500s after one of my friends boasted his 800-ish position that he had just managed to get down to. The boast didn’t last long!

Between the various levels, loot gathering, and dragon slaying that is currently all within its alpha, Fight the Dragon is shaping up to be quite something. 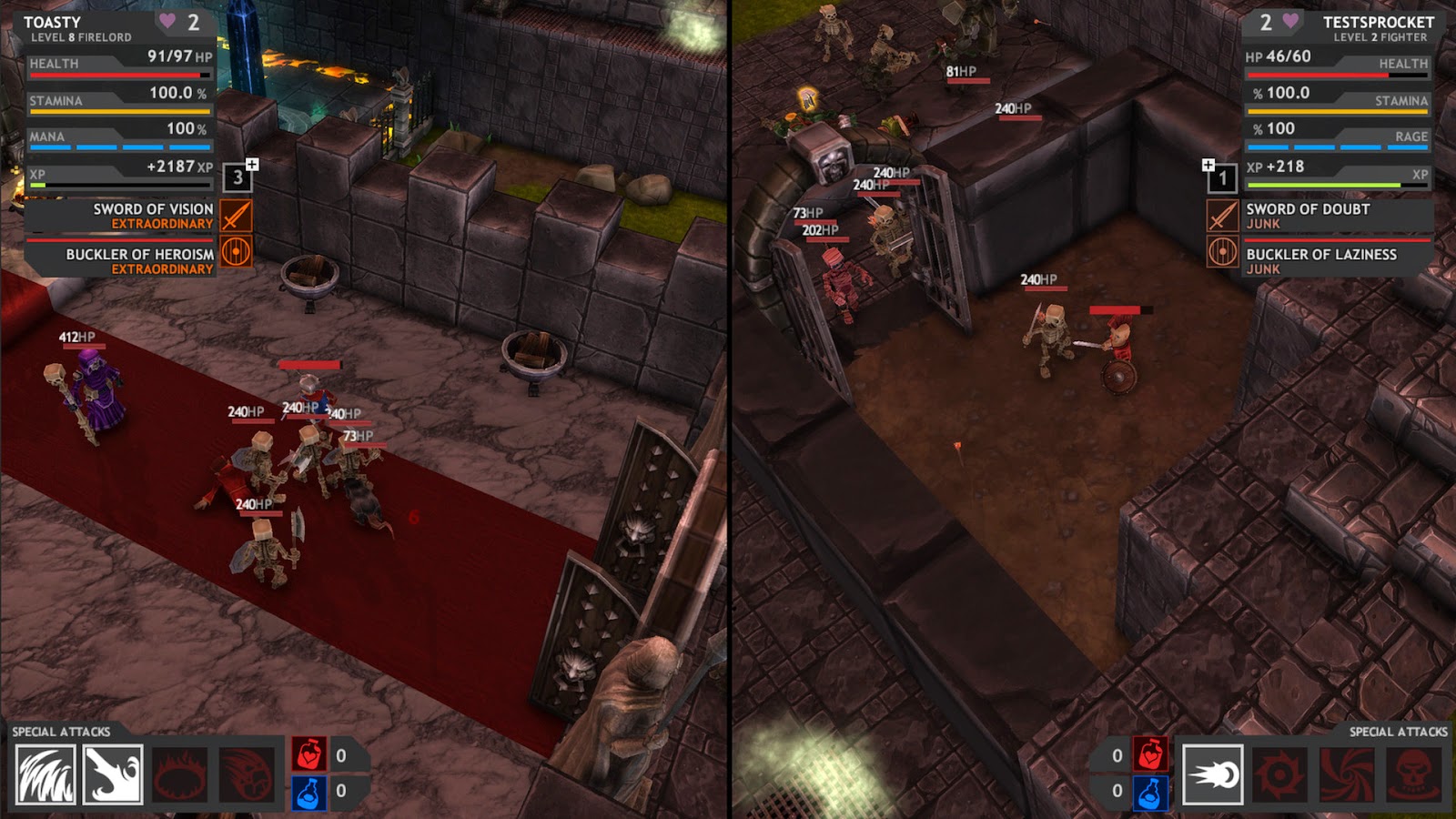