I have always gotten along with Sackboy. He’s cute. He’s fun. He has great adventures. Still, as far as PlayStation mascots go, he seems to be losing a little bit of that ‘something special’ with each release. It does not help that diluted experiences like his Move-based adventure or racing game proved to be more distraction than truly entertaining, but while part of me really wanted to love LittleBigPlanet 3, I found myself just liking it instead. 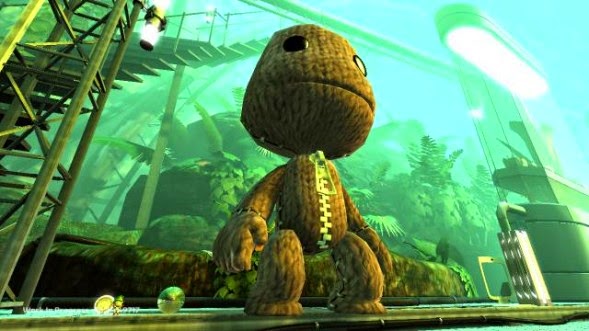 If LittleBigPlanet had just been an incredibly adorable platformer when it first released, it would have been good enough to gather plenty of acclaim. The graphics and sound were a hoot, the level design was inspired and playing with others created plenty of memorable antics. However, the inclusion of a game editor/creation tool set gave the original game a ridiculous amount of replay value.

I liked creating things well enough, playing with the tools and tossing together a handful of levels. Truth be told however, creation tools are not my favorite part of a video game. I like to monkey around with them for a short time, but usually they lose my interest. Even software programs like RPG Maker tend to have limited lifespan with me. MAGIX Music Maker is probably one of the few creation tools I find myself coming back to repeatedly. 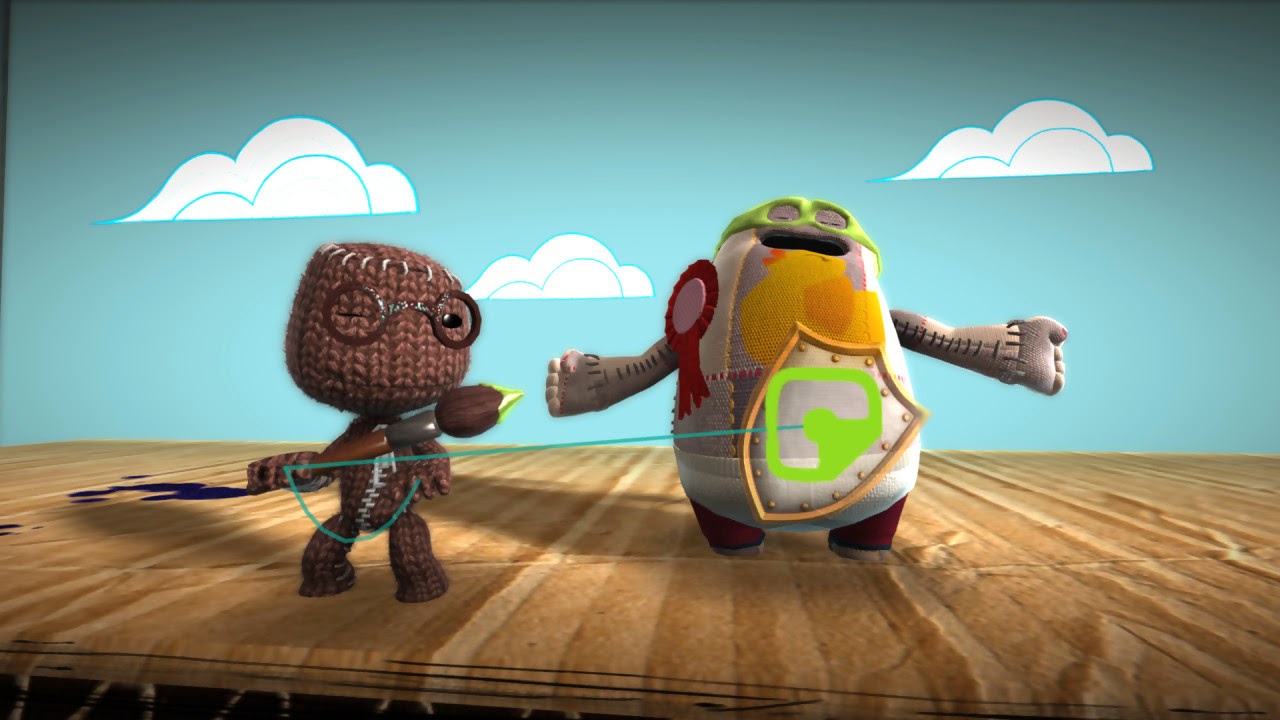 LittleBigPlanet is just fine with that,  however. Even if you do not particularly care for level creation, you can still participate in playing through levels (often with other players) and ranking them. Other gamers seem to love creating in LittleBigPlanet and it has always given this series a second wind that most other franchises lack. Some genres lend themselves to a different kind of second wind, like the multiplayer in FPS games. They, like LittleBigPlanet, then to offer short story lines that demonstrate what the game can do, and then leave the players to participate in this other mode once the campaign draws to a close.

It is awesome that my prior data from the first two games came over with me to LittleBigPlanet 3. I actually was not expecting that to happen and it makes the transition much easier. I have to imagine this is especially true for gamers who have invested a lot of their time into the creation modes in the prior games. I enjoyed the campaign in LittleBigPlanet 2 more than the original game and did not stick around with the creation modes quite as long the second time around. I hoped that this latest version would manage to rekindle my interest in the series, and the introduction of three new character types certainly had the potential to do so. 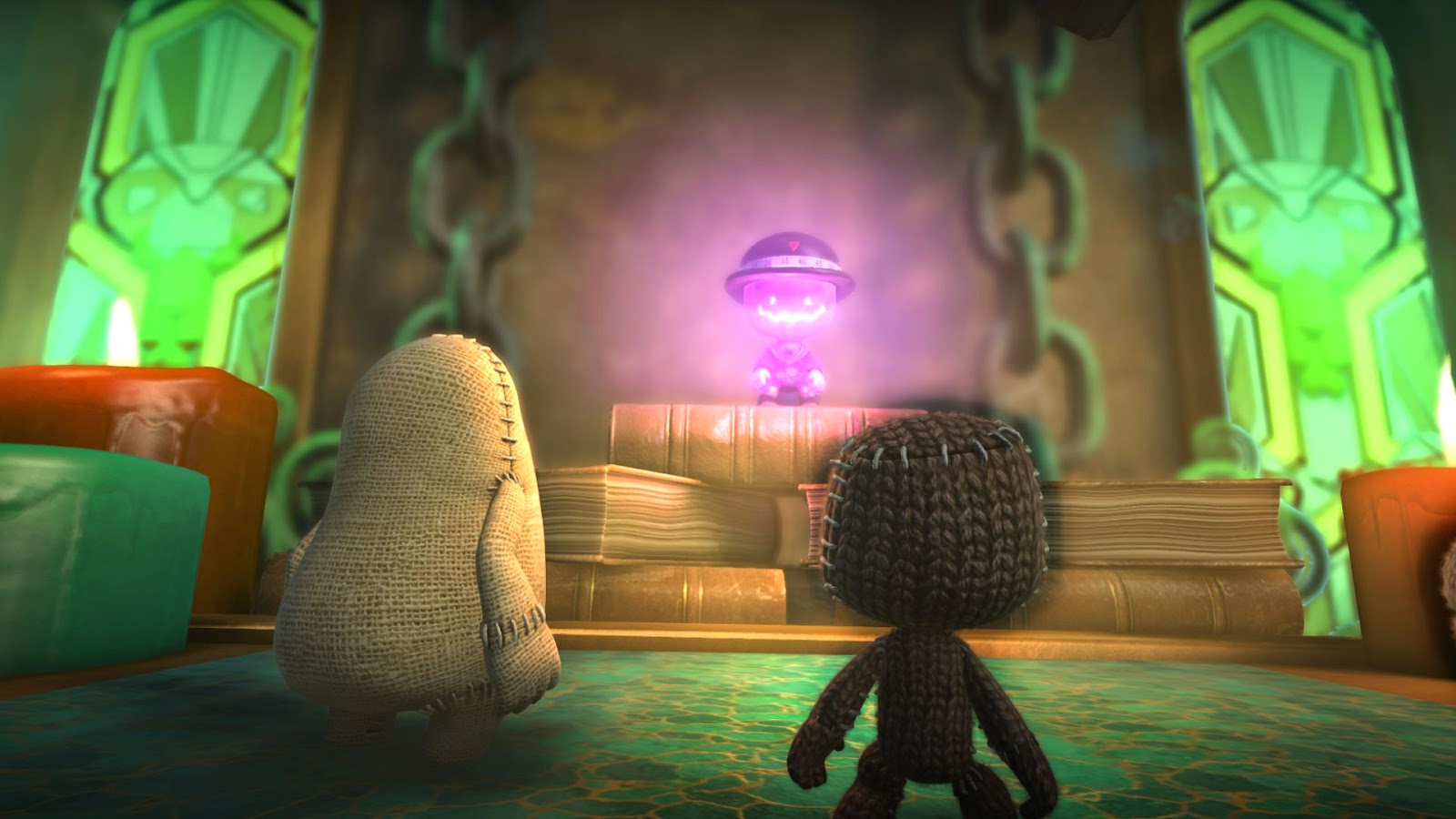 Unfortunately some bugs, a short and somewhat uninspired campaign and story that interested me less than ever lead me to spend some time with Sackboy as I completed his latest adventure, but has not inspired me to come back for more very often. That is not to say LittleBigPlanet 3 is a bad game. The bugs are seldom game-breaking (though there are a couple of ‘winners’ in there), it is just that for whatever reason, I was less invested in this title than either of the prior two games. On a technical level (bugs aside), LittleBigPlanet is a very good game. Some new gameplay mechanics and gorgeous graphics make for a visually arresting experience that the gameplay just does not quite match up to. It feels like Sumo Digital is waiting for the community to create great content to make the most of the current offering.

Sumo Digital did a good job in understanding the moving parts that have made LittleBigPlanet a success in the past, and there is no doubt that this title will sell copies and provide creative minded gamers plenty to do for the next year or two. It just feels like LittleBigPlanet was ripe for the opportunity to do more with the series debut on the PlayStation 4. It is a fun enough game, but it just feels to me like it is lacking – or perhaps has not evolved as much as I would have hoped with the console generation jump. It is worth playing, but not addicting enough to keep me coming back for more just yet.