I have been a big proponent of pool or billiards since I was about 8 or 9 years old as a close friend from down the road had a pool table in their basement. Her and I would hang out for hours after school or on the weekends playing pool, or in the early days, whipping the different balls around the table. It was not until we hit 12 or 13 that we started really playing pool the way it was meant to be played and even to this day her and I can meet up at some dive that has a pool table and just play for hours at a time. It is, outside of video games, one of my passions that I have kept up over then last 20 years. There is something about the felt that covers the table, the beaten pleather pockets, and the scuffed  up rack that simply pulls me back to those good ol’ days of just being a kid hanging out with friends from around the neighborhood. Every time I pick up my pool cue I am immediately brought back to those less troublesome, more free days. When I saw that Pure Pool was coming around for review I hopped onto the chance given my adoration and love for the pseudo-sport (I’m still conflicted as to whether billiards can be called a sport…) in hopes that the nostalgic feelings that I get when I heft my 20 oz Michigan Maple cue are returned to me when I heft my 9.9 oz Xbox One controller. Read on below to see how well this next-generation billiards title brings back the good ‘ol days.

The first thing that struck me when I started up Pure Pool was the graphics as they are stunning. Object balls and the Cue ball are so photorealistic that I had to get real close to see that they were fake. The felt on the table is textured beautifully and each pool cue has clean, crisp wood grain texture. Lighting is incredible, seriously. As you walk around the table, checking your shots, the lighting will reflect off of the balls and follow you around and the shadows are deep and rich. In truth, the shading and lighting is so nice that when added to the ultra-realistic balls it creates an ambiance that is truly wonderful. 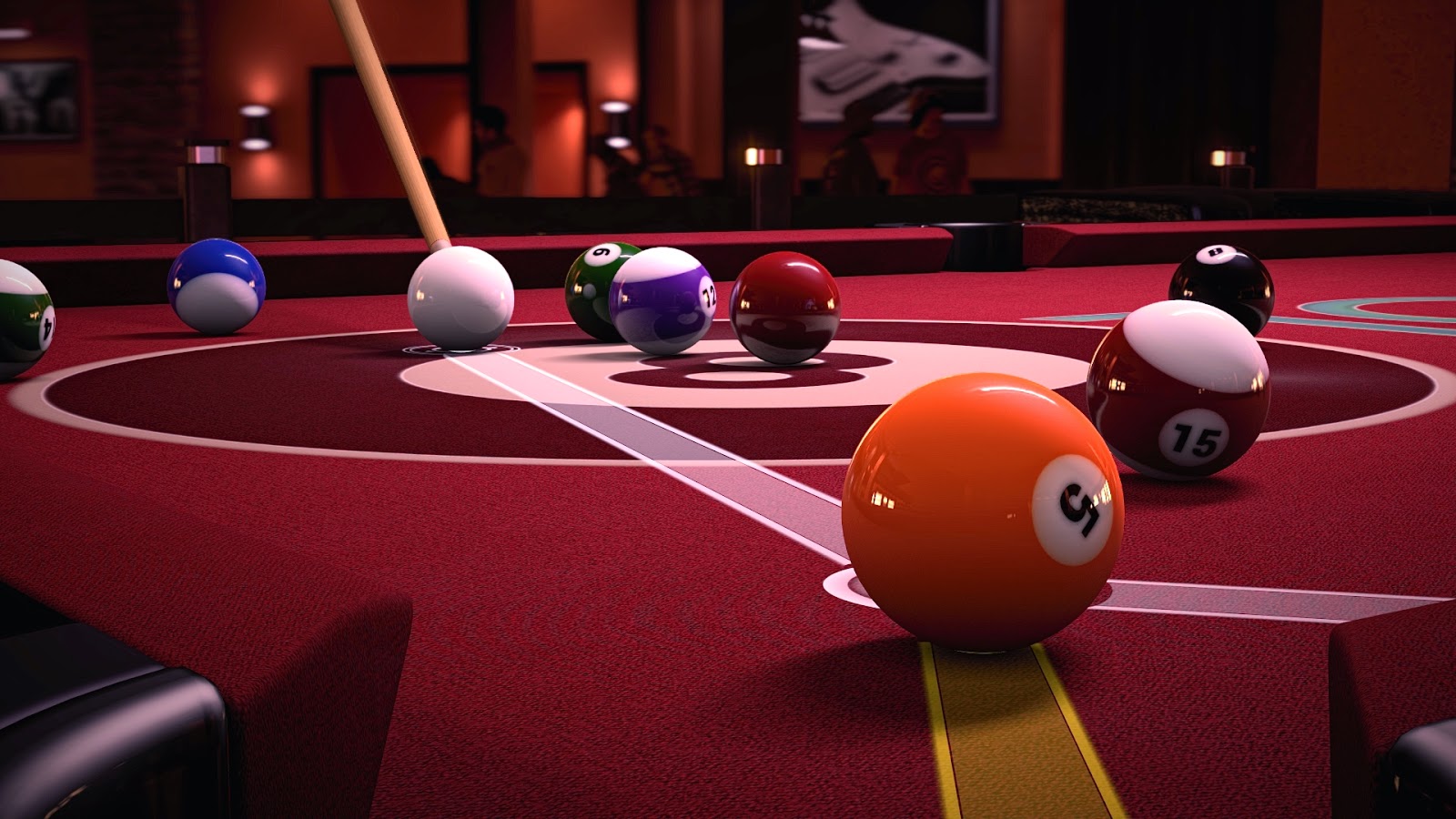 There were plenty of times that the nostalgic feeling that I previously mentioned actually hit and I could almost smell the bad bar-burgers, stale beer, and musty cigarette smoke. I was completely surprised the first few times that nostalgic wave hit me and I just sat there staring at the TV in disbelief; I’ve experienced nostalgia replaying games, but rarely have I been hit so hard thinking about something that was not gaming related. Along with excellent graphics and textures the physics engine is superb; when the cue ball strikes an object ball the object ball will behave just as expected, whether you put English on the cue ball or not. Truly amazing. I did find, though, that having a cue ball or object ball fly off of the table due to a poor hit, the ball hits the ground and simply disappears, its trivial but it would be nice to have seen is simply roll across the floor. Like I said, trivial, and generally rare (unless you misjudge your power often). Along with great graphics, the music is decent, being of a very ‘lounge-like’ tone or, dare I say at times, like elevator music.

It is low enough to not be a distraction though, so I rarely noticed it, and when I did it was not a terrible sound, just not what I think of when I think of pool (admittedly pool does not have a specific sound outside of silence). Hearing the pool cue strike the cue ball is a glorious sound that is only enhanced on the break as the crack is loud and satisfying. More often than not I would turn up the volume on the television just so I could hear that comfortable *clack* just because it is clean, clear, and sounds near identical to what it sounds like in real life. 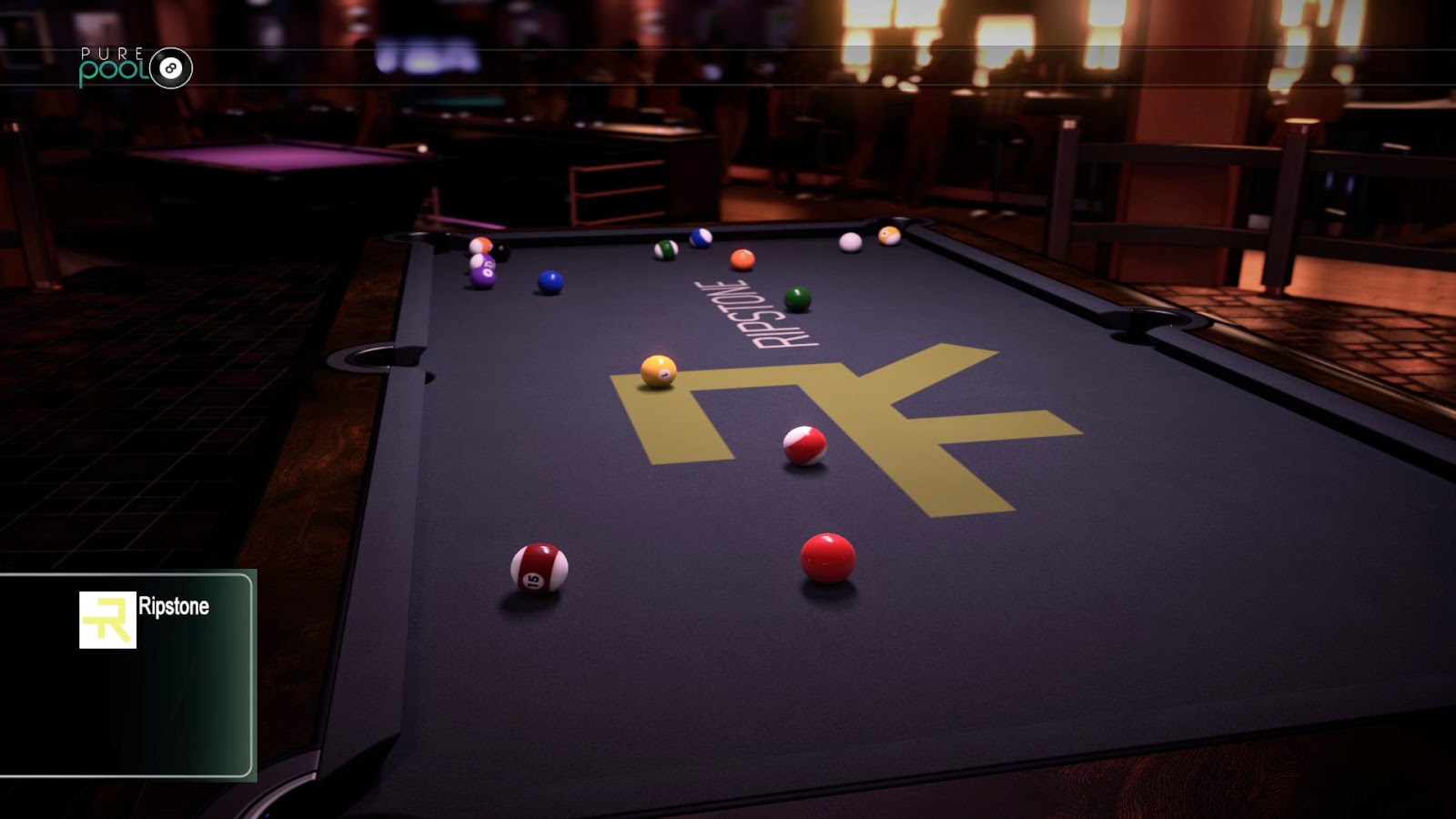 There are numerous modes that you can play with and for beginners you can simply use the free table. This will set up a standard game of pool and allow you to go through and play to your heart’s content with no pressure or opponents. My daughter enjoys just slamming around the pool table in a chaotic display of flying cue balls, it is actually quite funny to watch her play but she loves it. Outside of the free play you can start up a career, which works in a leaderboard style similar to a majority of your tournament style sports.

In your particular set you may have 7-10 games that increase in difficulty and this is where I had a big issue. The first 4 games ranged from easy to mildly competitive but the fifth game was downright disastrous. I had to start the 5th game over almost a dozen times before I got to a point where the AI opponent did not clear the table off of the break (i.e. I did not get a chance to even hoist the pool cue). I was quite surprised the first time it happened, thinking that it was a fluke I restarted the match only to have it happen a second, third, and fourth time. But the fifth restart I was fuming and the AI made a bad strike only to have me sink two balls and they then cleared the rest of the table. Rinse and repeat until I finally managed to get the upper hand after the 10th game was done. I am all for a challenge but it was a bit ridiculous and one can only take so much before becoming frustrated. 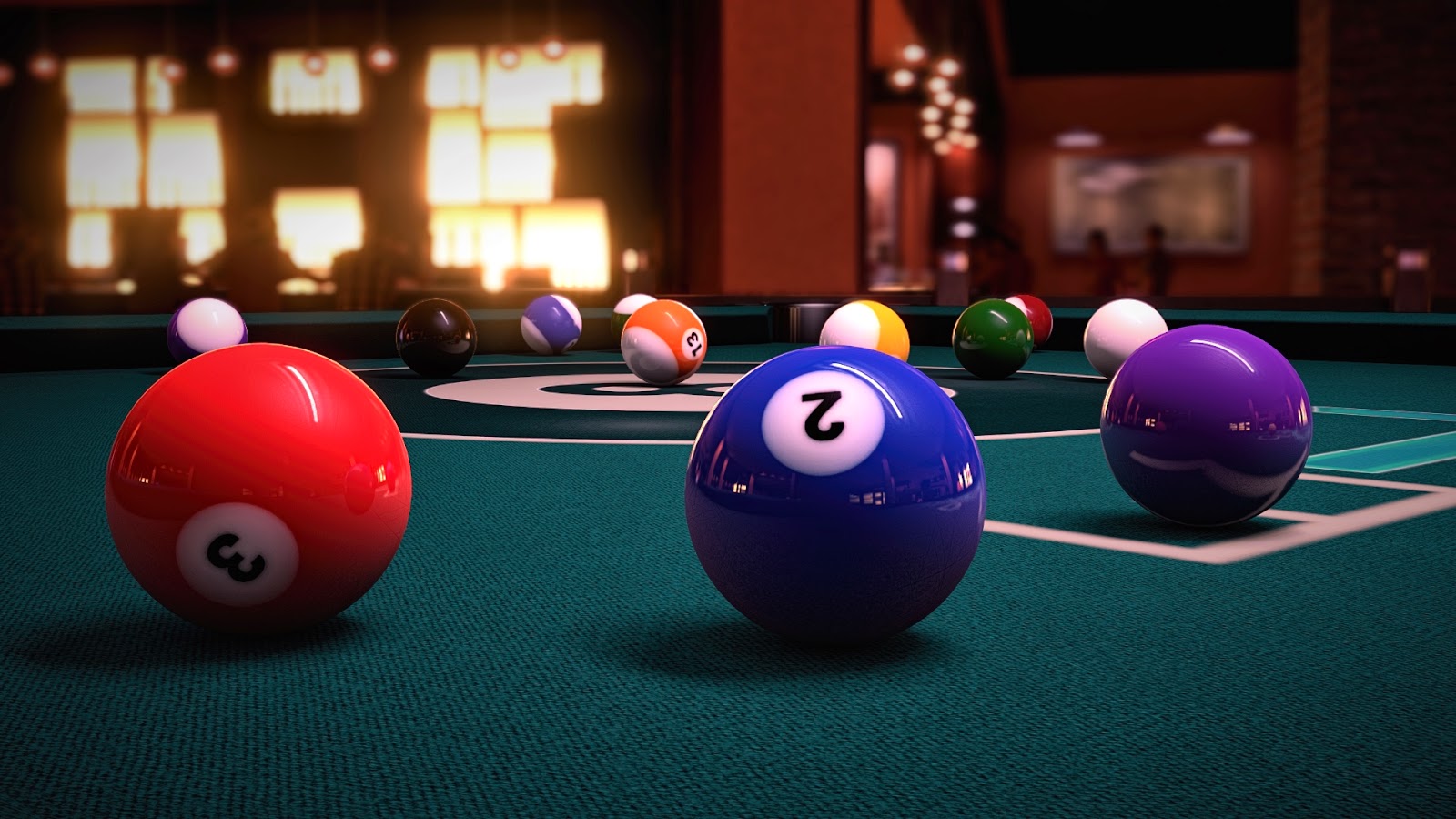 Thinking that something was wrong I started a new career under my daughter’s profile to see if it played any different and it did, to a point; the AI opponent swept the table only three times before I was able to get beyond them. When Nick reviewed Pure Pool for the PlayStation 4 it did not appear that he had any issues with it then, so I am not sure if it is a fluke in Pure Pool for the Xbox One, but it is certainly disheartening and less hardened players like myself may simply turn away in disgust. While I am up for a challenge, I do not find that overwhelmingly crushing the player is something that was intended and I am hoping that the issue is resolved in future updates.

I was completely blown away by Pure Pool. Outside of a few nuances and a bout of impossible gameplay (it really is impossible when the AI opponent sweeps the table off a break), Pure Pool for the Xbox One did exactly as I hoped it would; it punched me right in the feels. A rare few video games can make me zone out and reminisce on the “good ol’ days” the way that Pure Pool can and that is certainly saying something. An excellent physics engine, gorgeous shading and lighting, and some of the most realistic textures I have seen in a video game all wrap Pure Pool up to be a grand pool game.

I would like to see more options for long-term careers and possibly the ability to flesh out some of the different options, but those are more personal preferences given my background for the sport. Given that I can pick it up and play expertly but my 7 year old daughter can pick it up and play it and have a blast is a testament to the scope of not only Pure Pool, but the game of pool as a whole and it is faithfully recreated in Pure Pool for the Xbox One.