While I was not old enough to experience Wasteland when it first released, a few years later I stumbled on it and was blown away. Here was a fantastic title that blended roleplaying, story telling, addictive game, and quality graphics (for the time) in one amazing package. Since then we have been fervently awaiting a sequel, having to sate our appetites on titles like Fallout and the Jagged Alliance games was just not enough. It is not that Fallout Tactics or others in the Fallout line were not great games; they were, they just were not Wasteland. Then the good folks over at inXile Entertainment got it into their minds to start up a crowdfunding campaign to see if the fans wanted another Wasteland title.

Needless to say, gamers were throwing wallets and large stacks of bills at their monitors in an attempt to get the money over to inXile. With resounding success in the Kickstarter campaign, inXile began development on the sequel to Wasteland and in a break away from the norm of crowdfunded projects, actually released Wasteland 2 (an unfortunate truth of crowdfunding is that more often than not, development is stalled and in some cases, titles are never released). When I previewed Wasteland 2 I could not help but gush about how great the title was; in truth the preview, while months prior to the actual release of Wasteland 2, was one of the most complete Early Access builds I have ever gotten my hands on. It was so far along that I could have given the game a score then, but there were still things to work on as inXile cleaned up bugs, added more audio, and fleshed out more quests and gameplay options. When Wasteland 2 was fully released I dove into the game, hoping to find that the already excellent game had gotten better. This is what I found. 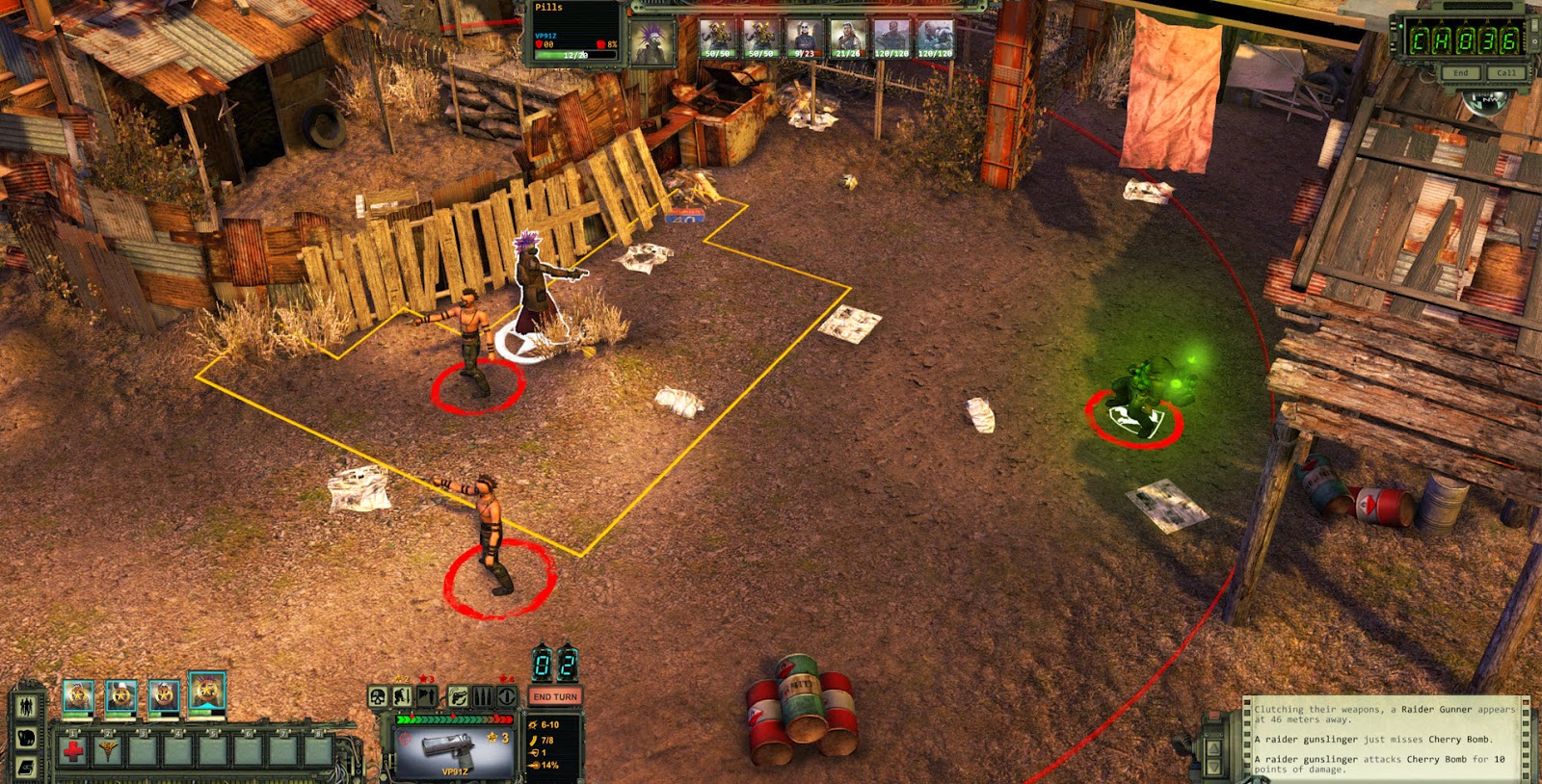 I had mentioned previously that character creation models looked a little sub-par and fortunately the good folks at inXile not only improved the models and the character images, but added more options to the whole setup; you have more heads and outfits to choose from now and it definitely helps in creating a sense of individuality. During the creation process you have the option to use one of a handful of premade parties or you can customize the party from the ground up. While the pre-defined parties are good, I created my own party from scratch and it consisted of one charismatic wilderness man specializing in rifles, an atypical medic, a close-range “mechanic” specializing in melee and shotguns and the fourth a pistol-whipping thief-like character.

Fortunately with the new skins/faces/ hairstyles there are more than enough options to go through and make sure your little avatars look different enough that you will not be getting confused (something that periodically happened to me throughout the Preview). Once you roll your characters and set their stats its on to the game which aims to take you through a rollercoaster ride of a story (and succeeds) and has some of the best character banter found outside of Dragon Age: Origins. Fans of the Jagged Alliance series and Fallout Tactics will be right at home with the near steampunk-y style and the western flair which begins with the UI and carries on into the world design and level aesthetics; even the weapons feel old, used, and pieced-together, a feel that fits very well with the post-apocalyptic setting of Wasteland 2. 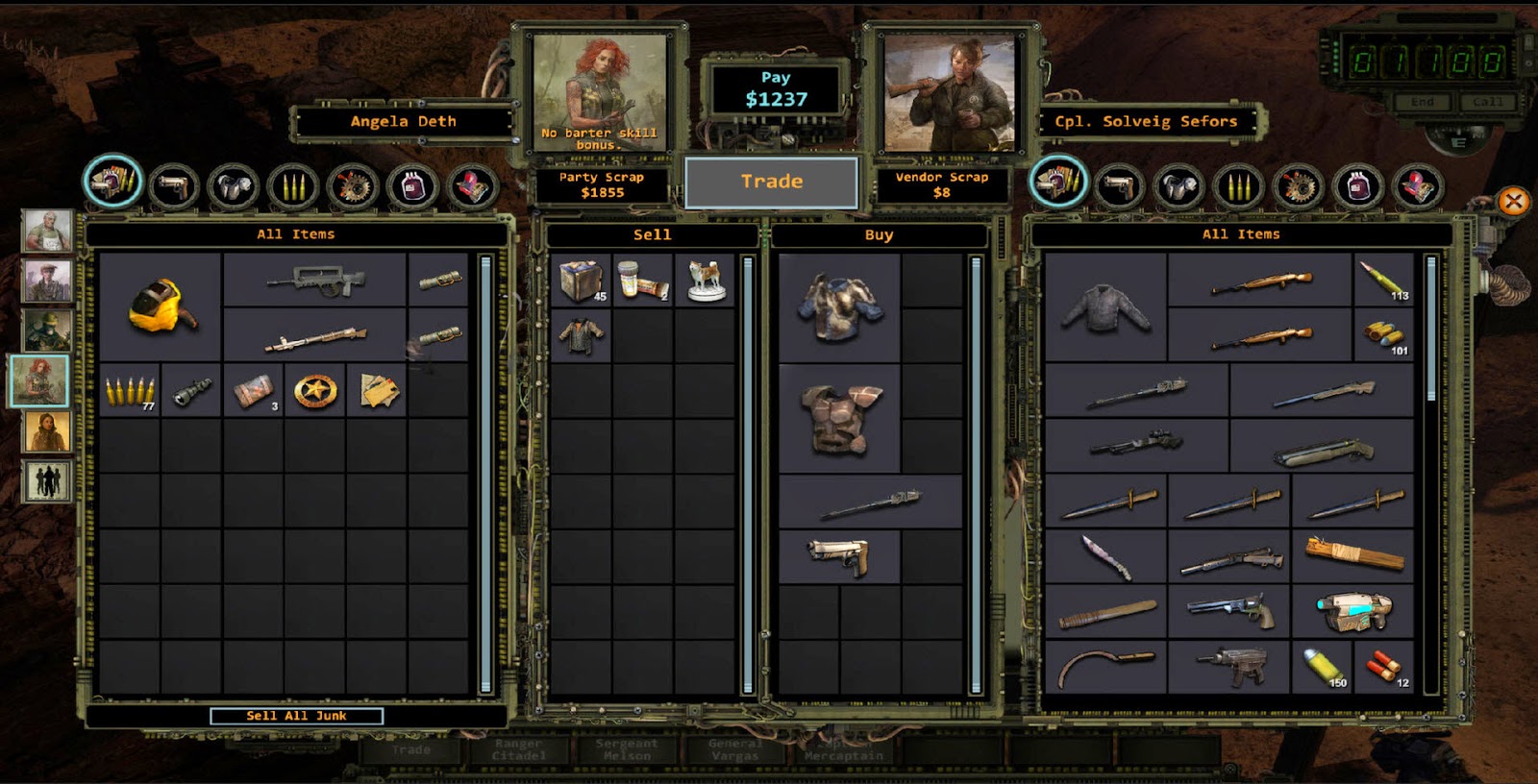 Gameplay is a mix between run-of-the-mill strategy, similar to the X-COM: Enemy Within reboot, mixed with some neat new (well, returning) mechanics. For one when you go to select your action, say an aimed shot, depending on where you place the cursor (head, arms/legs, body, etc.) hit percentages will change; my “main” character, the one that specializes in sniper rifles, could reliably one-shot with an aimed shot to the noggin as long as they were some distance away. If a target was right next to you, there was no way to attack the target with the sniper rifle so switching to a secondary weapon (in this case, pistol) was required. This restriction was a welcome addition to the strategy genre, as it forces you to think tactically rather than simply running-and-gunning.

I did find that one of my favorite strategies was something akin to a skirmish line that you would have found in the musket-era; I would have my sniper and my medic (who used assault rifles) kneeling down and they consisted of the “front line” where the close-range support (the ‘mechanic’ and ‘thief’) would stand in the back on overwatch, which has them firing at enemies as they come into their firing arcs. I would use the long-range characters to kite the enemy into the firing zones that the close range units had and it would decimate them. The biggest issues were the super fast moving units (like dogs … dogs were the bane of my existence) and those baddies that were toting RPG’s and grenades; I had to reload dozens of times due to well-placed ‘nades and rocket shots, while the formation I used was very successful, it was not without its drawbacks.

I think that part of the reason that Wasteland 2, in my mind, is one of the best strategy games available (and trust me, I loved the recent X-COM reboots, going as far as purchasing it, for full price, for the Xbox 360, PlayStation 3, and the PC) is that there is no fail-safe, perfect, nor impregnable playstyle. Maintaining overlapping lines of fire, covering your teammates’ backs, and protecting your medic at all costs should be your priorities throughout the entirety of your campaign as haphazardly placing units, or running them forward with no adequate coverage will spell disaster. Having one unit go down out in the open, then sending your medic out to help them can and will most definitely end badly so taking care of your assets is extremely important; running-and-gunning is just not something you want to try to do in Wasteland 2 as it will chew you up and spit you out. 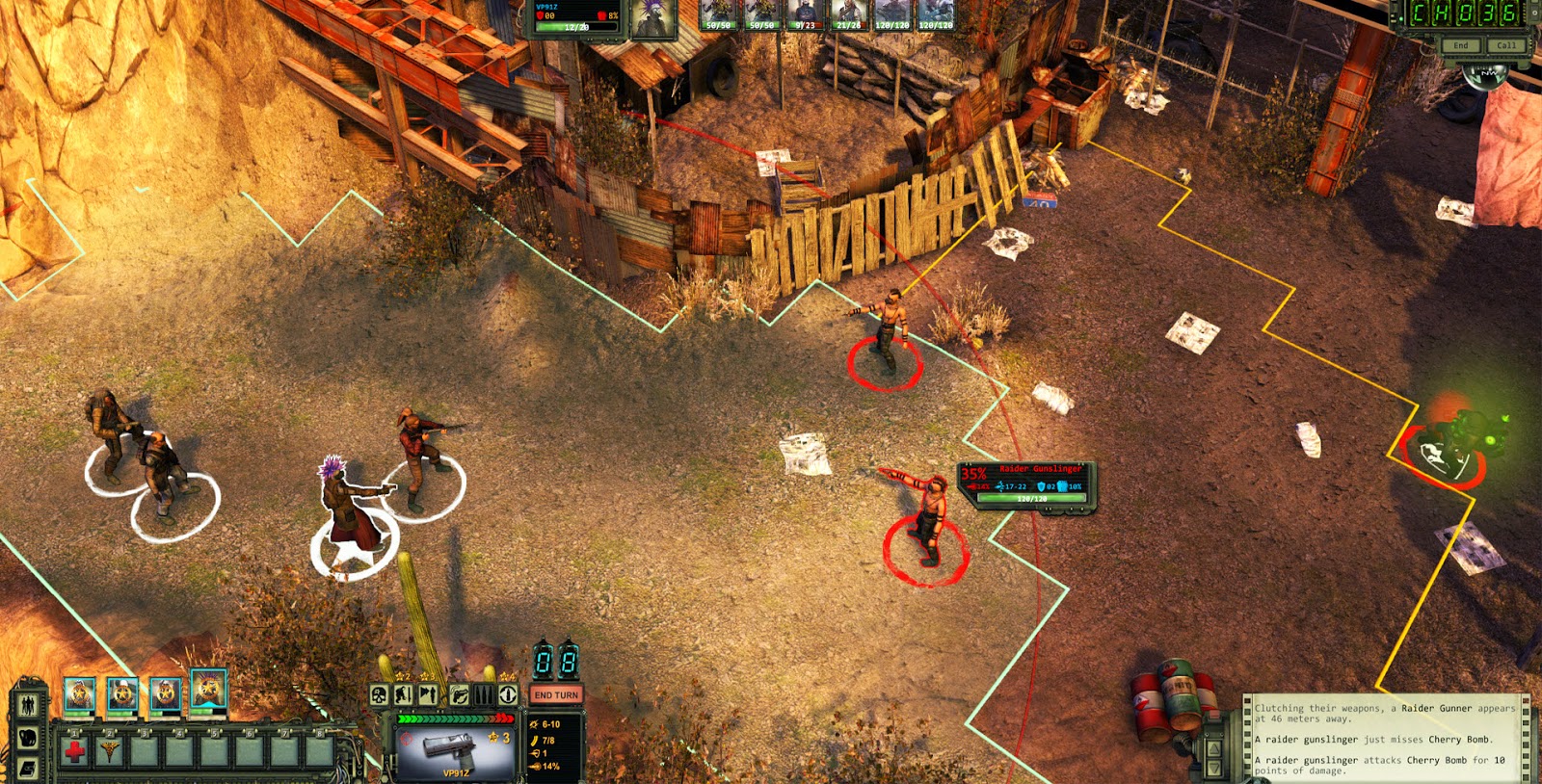 On top of amazing gameplay, Wasteland 2 sucks players in and does not let them go with some excellent voice acting, a stellar soundtrack and some truly great ambient audio has Wasteland 2 being one of the best pieces of immersive media that I have seen in a good long while. From the static-y crackle that plagues the radio waves to the lone, loud crack of a sniper rifle, the audio grabs hold of you and keeps you slogging through this desolate wasteland. Explosions sound great, whether they are coming out of the built in laptop speakers, my SteelSeries Siberia Elite Anniversary Edition, or the Kingston HyperX Cloud headsets; the range of audio is spectacular and I can only hope that inXile Entertainment’s next title, Torment: Tides of Numenera will have audio of the same caliber and if it does, expect Torment to be a title that is not only worthy of its successor, but just like Wasteland 2, be better than.

Rarely will you find a sequel that is better than an original, especially when that original is Wasteland, a game that defined not just one generation, but every generation since it was released. Wasteland 2 is hands down, better than the pivotal original title. Gorgeous landscapes, amazing acting, some of the best storytelling in the business, all slapped on top of decades of nostalgia while mixed with some new features, Wasteland 2 is as every bit as good as the ‘greats’ of the roleplaying genre. I would not hesitate a single moment to place Wasteland 2 next to Baldur’s Gate 2: Shadows of Amn, Mass Effect, or Final Fantasy VI when it comes to creating a “top RPGs of all time” list. The long wait for Wasteland’s sequel was worth it and Wasteland 2 faithfully carries on the mantle of excellence that was set in place two and a half decades prior. This is, without a doubt, a game that every gamer must have in their library.