comments Share
You are reading
Bayonetta 2 – Wii U Review

For those who say Nintendo is only interested in being a family-friendly console, I present Bayonetta 2. The first game took a lot of people by surprise (myself included) with its mix of over-the-top action, religious references and a lead character who is quite sexualized. For those who missed the first game? Relax, it is part of the package here (and also updated for the Wii U), but the real treat is in the sequel which offers a more refined experience this time around. 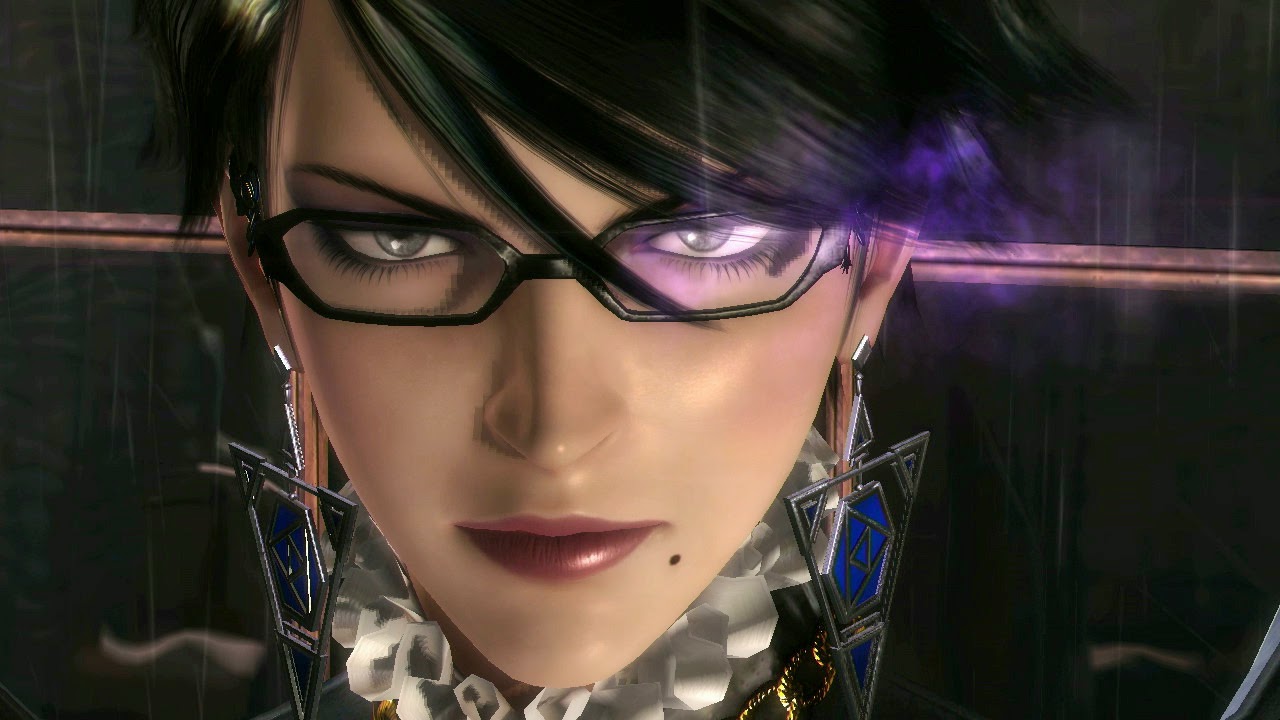 The first Bayonetta had a few issues. Parts of it felt rushed, as though backing for the game had come to an early end. While combat was fast and fluid, what took place between the levels often felt like it had been hurried along, which was unfortunate because the art direction was gorgeous but it just needed a little more love from the development team.

If you are hoping for a ground-breaking narrative, you are bound to leave disappointed. The story in Bayonetta was adequate at best, and the bar does not move a whole lot for the sequel. Instead what we have is an incredible amount of action that oozes style and speed, reminiscent of the popular Devil May Cry franchise – though I dare say that Bayonetta does it better. You pretty much get out what you put into the combat in Bayonetta 2. It is perfectly feasible that you could button mash (to a point – timing is still important) your way through the majority of the game, and that is fine. However, combat is far more rewarding if you take the time to learn new combinations and take advantage of Bayonetta’s myriad skills. 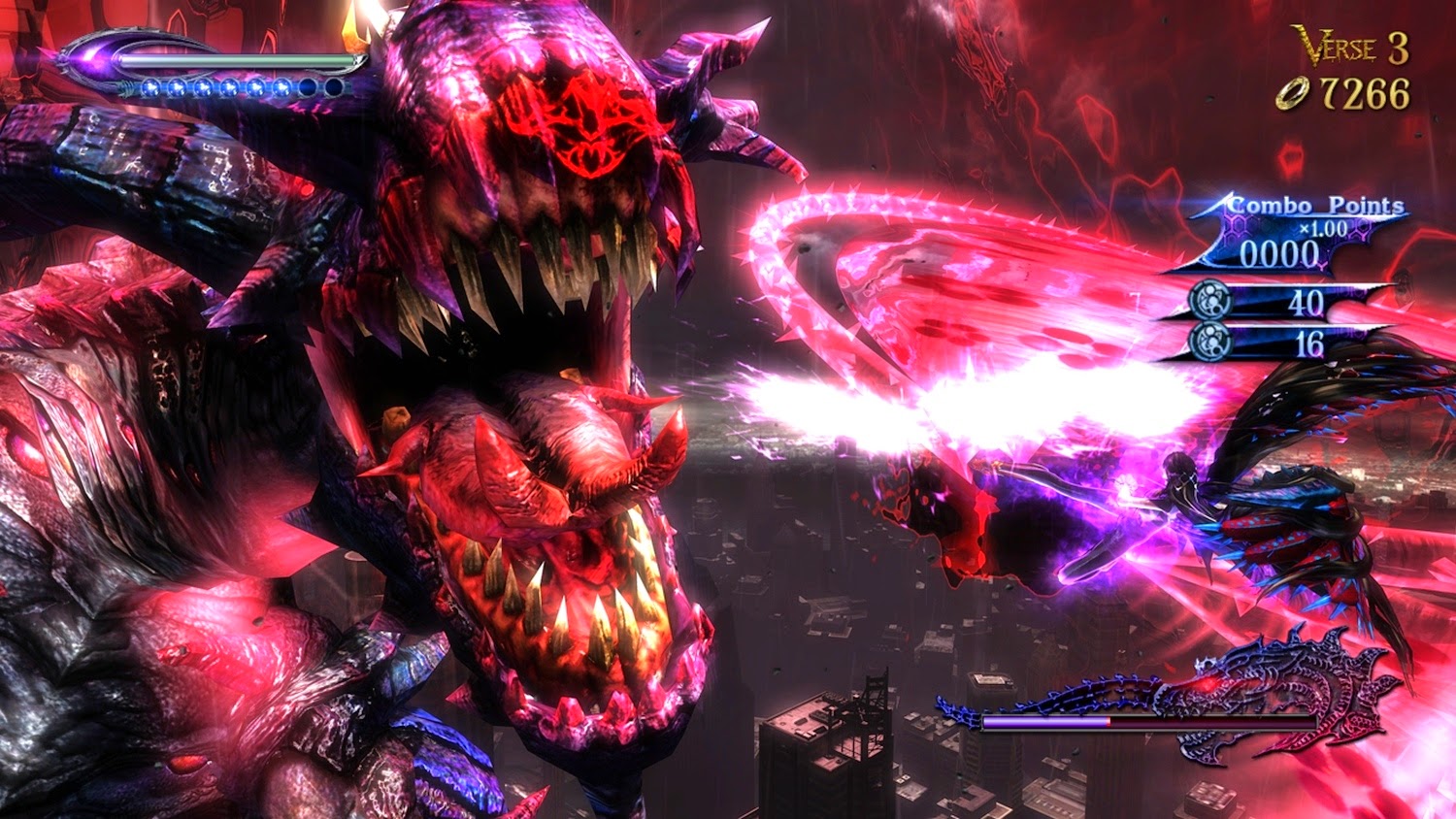 While the frantic fighting is the centerpiece here, the visuals in Bayonetta are also amazing. At times the game feels very linear, moving you from one major battle to another not unlike Call of Duty, but almost every one of these locations is absolutely beautiful and dripping with color and style. I actually found myself appreciating watching someone else play. During combat I was so focused on getting my timing down against waves of heavenly and demonic foes that I had a tendency to miss everything that was happening around me and in the background.

In theory one can attempt to soak in their surroundings between battles, but to really appreciate just how smoothly the game runs, it is best to experience the visuals with everything happening at once. Beyond that, pacing is another aspect of Bayonetta that keeps you from stopping to smell the roses. I mentioned the way you move from one set piece to another, but unlike Call of Duty which is known for adding long spans of time with nothing happening as you trudge along next to or behind a really slow AI teammate, Bayonetta just keeps throwing you into one fire after another.

Also? Wow – those boss battles. They were crazy in the first game and somehow the team at PlatinumGames managed to take it up a notch (or four). Sometimes they can be frustrating initially, but they seldom felt cheap or unfair. A little persistence goes a long ways towards besting these enemies. 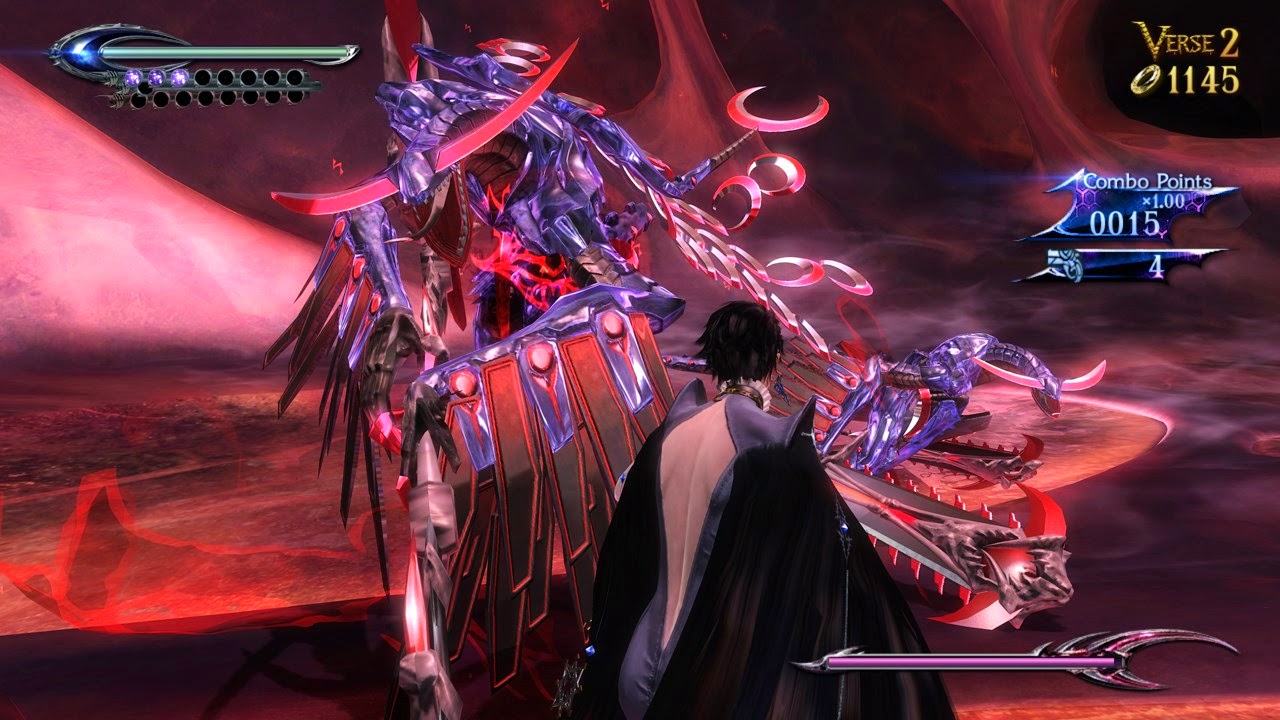 While the game itself is not terribly long, the action is just so good that it is easy to come back to Bayonetta 2 over and over again. Medals are awarded after battles based on how much damage and the length of combos being dealt out. Doing so unlocks a variety of items (most interesting of which were the costumes. Bayonetta in a Link outfit? Sure! Why not?) that in-game collectors will no doubt want to spend some time digging up.

Still looking for a reason to fire up the game? Give the cooperative mode a try, which gives you and a buddy the chance to acquire more money that carries over to the single player campaign, but it is just a lot of fun to boot.

Bayonetta 2 shows that Nintendo games do not always have to show off a pudgy Italian plumber or revolve around having the entire family sit around and play a game together. It also demonstrates that the Wii U, while not packing the processing power of the PS4 or XB1 still has the ability to show off a gorgeous game. It seemed like an unusual move when it was announced that Nintendo would make Bayonetta 2 for the Wii U, but it feels like a risk that has paid off and added to an already strong finish for the Wii U in 2014.