comments Share
You are reading
Call of Duty: Advanced Warfare – Xbox One Review

Sledgehammer Games had the unenviable task of trying to ‘do something different’ with a series that is often derided for its lack of originality. FPS is my genre. I have spent more times playing shooters than probably all others combined. I got hooked back during Modern Warfare 2 and was loyal to the genre and the Call of Duty series ever sense. However, my sense of loyalty has waned over the last few years. Modern Warfare 3 was alright, but not my favorite. Black Ops II failed to tickle my interest in the same way the first Black Ops did. Then came Ghosts, which I got to play on the PlayStation 4. I figured the new console would make everything better.

Call of Duty: Advanced Warfare had been reduced to line noise over the last year. Then I had a chance to play it and realized that there were still legs left in this series, and Sledgehammer Games managed to do what I thought was impossible: make me love Call of Duty again. 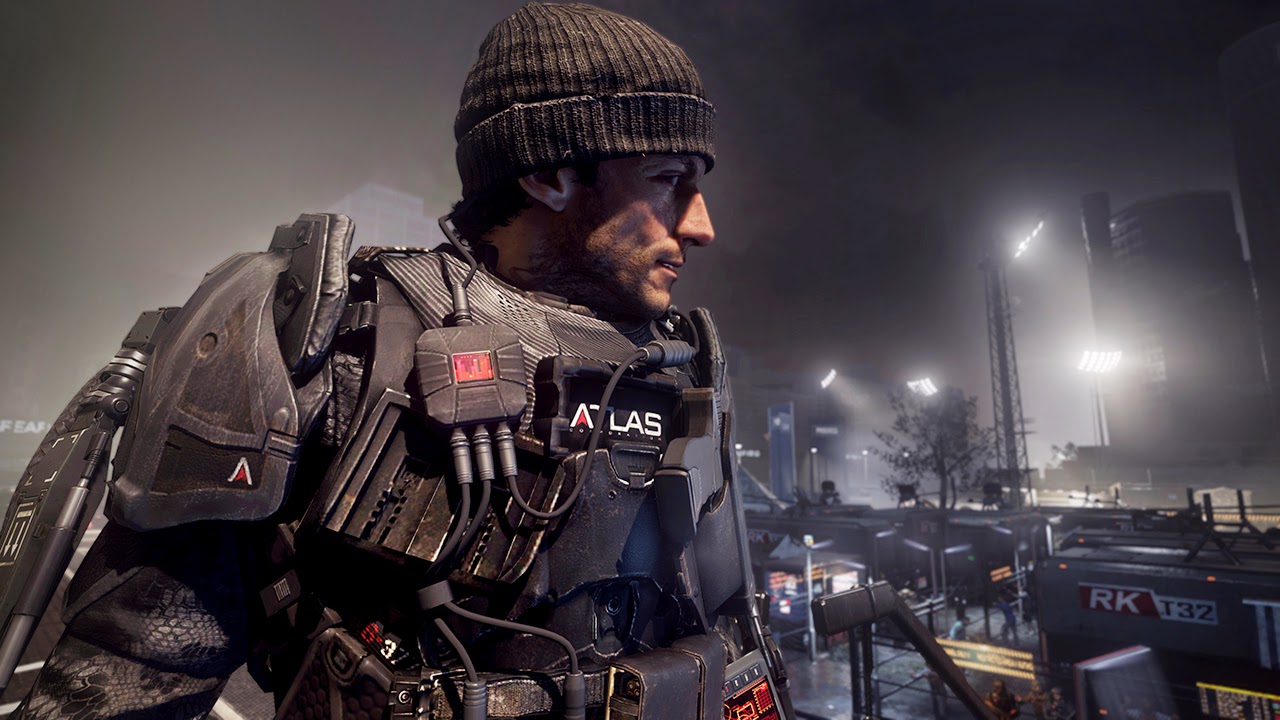 I thought perhaps, the problem was just me. I had been playing so many FPS games for so long, that maybe they just failed to inspire me anymore. Halo, Battlefield, Call of Duty and more were just sort of blurring together. I would play them for several hours, then move on because none of them felt memorable anymore.

Then along came Advanced Warfare. On the surface, it feels like Advance Warfare should have been swallowed up by earlier titles like Titanfall and Destiny that had a science fiction feel and came out earlier in the year. Instead of parkour, you get a double jump and dash technique. Instead of no story or an abysmal story, the campaign mode was actually fun and had some quality voice acting. Certainly the tale did not surprise – you could read the writing on the wall fairly early on in fact, but some of the set piece moments rank as the most memorable from a shooter in years.

The online however, is where Call of Duty is going to live or die, and here it not only survives but thrives. Building off of the Pick 10 system found in Black Ops, the Pick 13 from Advanced Warfare is more flexible than ever. It is accessible, which is great but more than that it allows me to play the game how I want to play it. Unlocking new weapons and perks along the way is as addictive as ever and getting an air drop is almost as exciting as opening a Christmas present as I rush to see what it was I acquired. 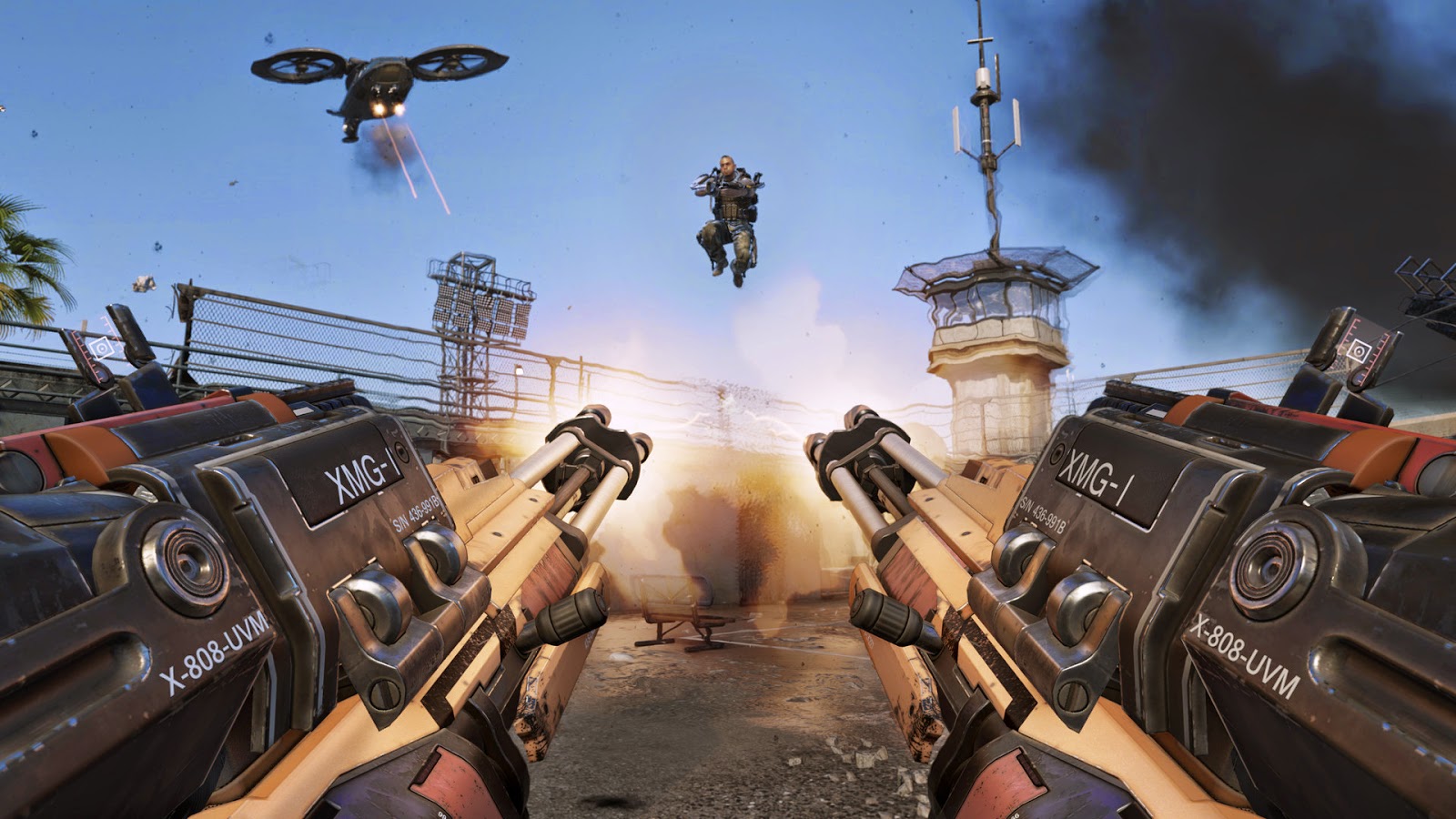 However, it is what takes place on the field of battle that differentiates this entry from prior ones in the franchise. Movement is so fast and fluid due to the exo suits. Instead of needing precision movement/borderline glitching to get your character to some sort of a high point, instead just double jump up to it and be prepared to get met there by others. The battlefields are far more vertical that prior offerings, but the speed with which a player can move and elevate changes the game a great deal. Unfortunately there are boundaries that artificially keep people from taking things too far. Completely understandable, but at the same time those moments feel just a bit like lazy level design when they occur.

These changes to movement certainly impact how people play the game. I tend to be fast and twitchy. Nick likes to camp – a lot. Harder to line up that perfect head shot now and I know for him it was at least a little frustrating right at first. He plays a sniper every year, but he has found more success with the assault rifle than ever before. There is definitely a need to adapt depending on what your preferred style of play is. 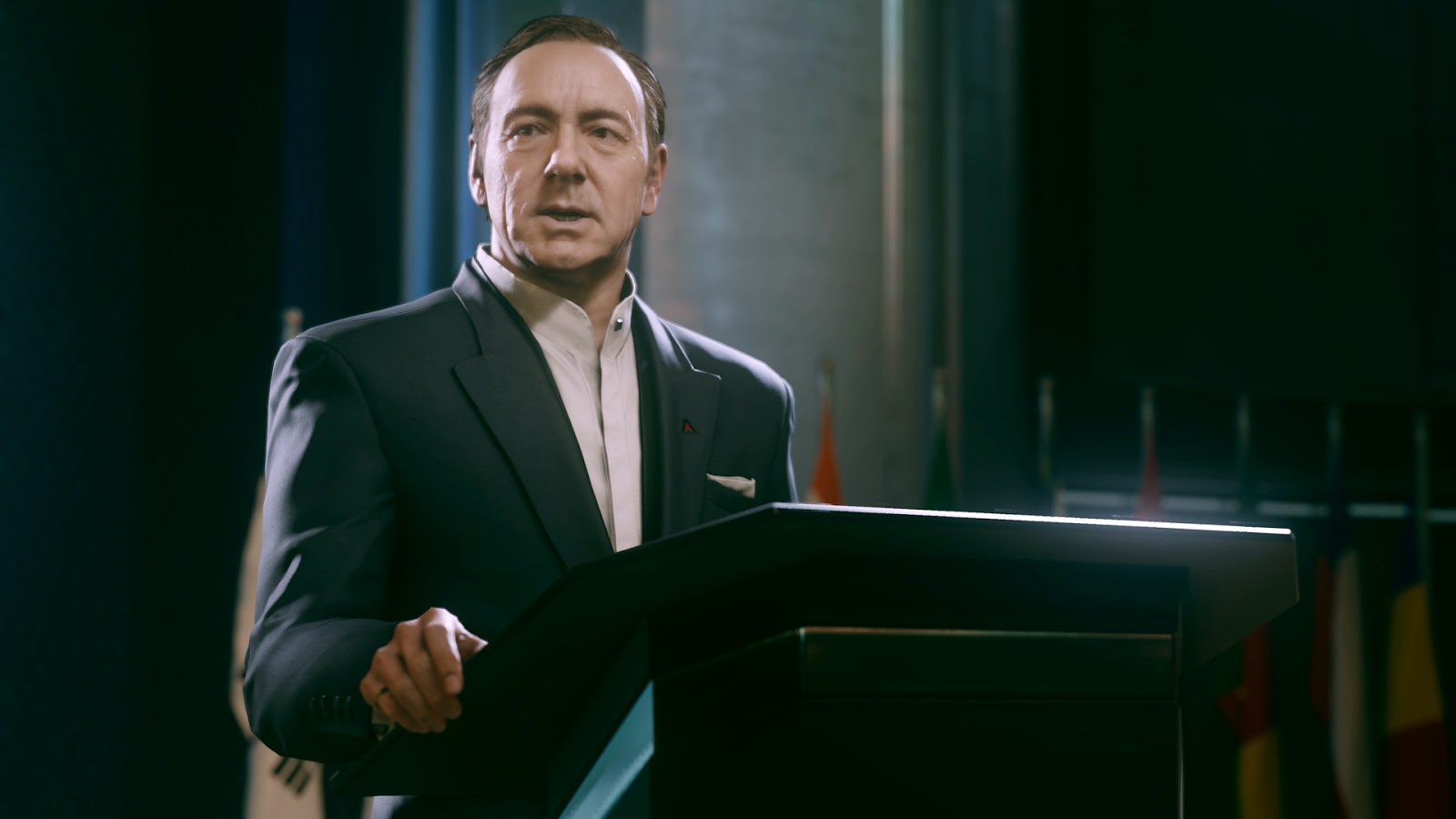 Most of the familiar game modes like deathmatch, kill confirmed and hardpoint return, but a handful of new ones like Momentum and Uplink give you something new to try. They work to varying degrees of success depending on your tastes, but the new Momentum mode was my favorite of the new offerings.

Unfortunately during the initial week there was plenty of lag, but most of that seems to be cleared up by now as I can play for a couple of hours or so at a time without a disconnect or migrated host. The prestige system is back for those players who really want to sink in a large chunk of time with the game’s online mode.

I mentioned above that some players may need to adapt. Call of Duty has been in need of that same advice for some time. Call of Duty: Advanced Warfare has finally adapted. It is not just about some high tech weapons such as Ghosts showed off last year, but an evolution in the style of play. It is a great first step that unlike last year, actually feels like Call of Duty has arrived on the new generation of consoles and has me interested in playing the series again.