When it first came out Diablo 2 was a slight disappointment. The graphics were mediocre, lacking in detail, variety and colors. Moreover, the save system was not practical: if you saved you had to exit the game and when you returned all enemies has respawned, even bosses. Despite these flaws, the more you played the more you discovered the game’s depth. I set as a life goal to finish it with the amazon (I had completed the first Diablo with the amazon too, who was called rogue then) and after many years I did it. 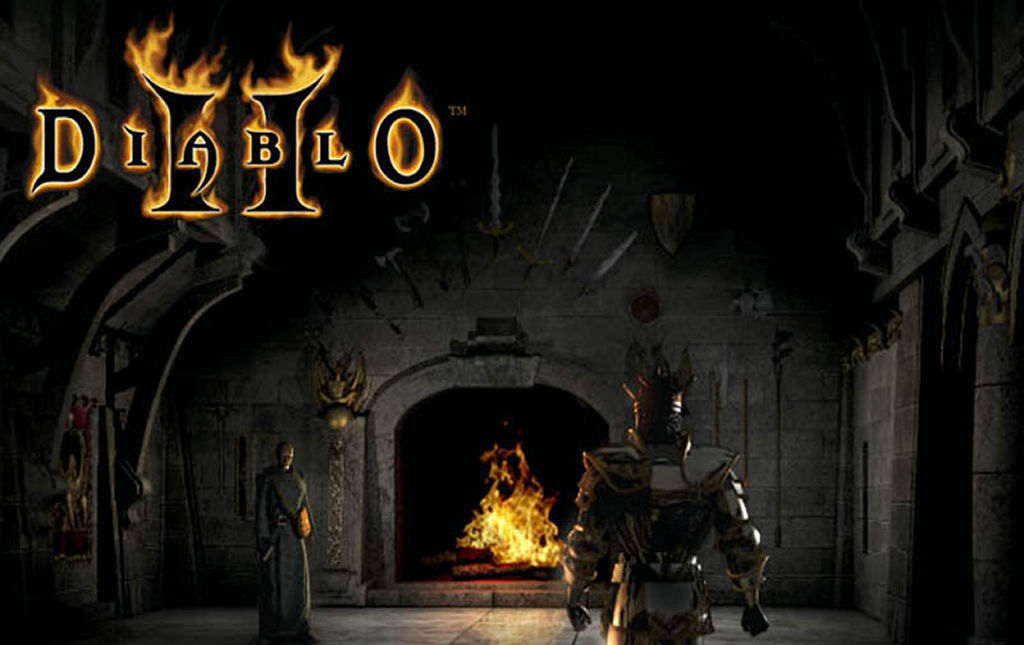 Meanwhile I had tried other characters, mainly the sorceress, the paladin and the assassin. The amazon specializes in two types of weapons. The first type includes bows and crossbows –crossbows are slower but more powerful-, connected with two different branches of magic, cold and fire. The second type consists of spears and javelins –javelins are weak but can be hurled to enemies-, suitable for two other categories of magic, poison and electricity. Take into account that every character has completely different skills and you can choose numerous combinations of them and perhaps you realize why the replay value of this game is unequaled.

You can connect your skills to shortcut keys and right click to use one of them in battle. The character screen gives you all the information you need at a glance, including the chances of hitting the last enemy you faced. The inventory is small, so you will often return to town to get rid of unwanted stuff. Your sprite reacts immediately to your commands and you may switch to a different set of weapons by pressing a button. There is a simple, useful map and the teleportation scrolls let you trade items in town and return to a dungeon in a minute.

The sound is certainly better than the graphics. The music in the desert city has a melancholic, middle eastern vibe. The sound effects are distinctive and helpful, e.g. you know what kind of item a killed monster dropped just by the sound of it. The voice acting is professional, for example, who can forget the voice of Cain, the elder who follows you in your perilous journey and offers you advice? 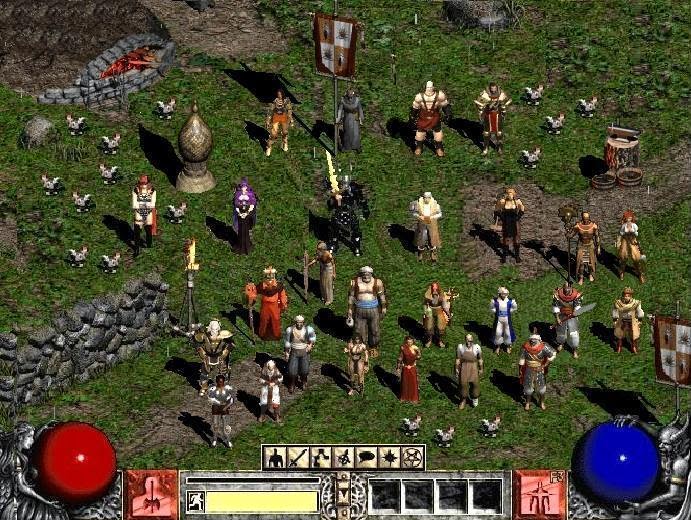 The level design is maze-like and the game generates areas randomly. This prevents places such as the palace or the monastery from looking realistic. The scenery is repetitive, the water and trees are not well drawn and many monsters are small and look silly. There are exceptions though, e.g. the corrupted amazons roaming the plains, the undead in the stone temples under the desert, the wooden hulks of the  jungle or the fire breathing demons in the dark pits of hell. The cut-scenes were of top quality back in 2000, with great direction and frightening moments.

The original game had only dungeons, one prime evil to defeat and one settlement for accepting quests and trade. This time you go to open areas as well, you face Diablo and his vile brothers and each one of the four acts has its own town (the fourth settlement is very small though). More importantly, the sequel is much better in terms of character development and variety of items, quests and skills.

The difficulty is medium, however, even if you proceed carefully you will often be overwhelmed by enemies and see your health drained in seconds. That’s why you must wear heavy armor, carry many health potions and have a spell that hits multiple enemies at once. Also, don’t hesitate to cast spells continuously, provided you stock up on mana potions. The last patch makes the skills ‘support’ each other: the points you have already spent on a skill are not necessarily wasted when you stop using it because some skills related to it may receive a bonus from these points. Respawning enemies are a nuisance but they allow you to rack up on experience points and money, gradually making your character more powerful. This is a game for the patient player, who doesn’t get tired of going to the same areas and killing the same monsters repeatedly. 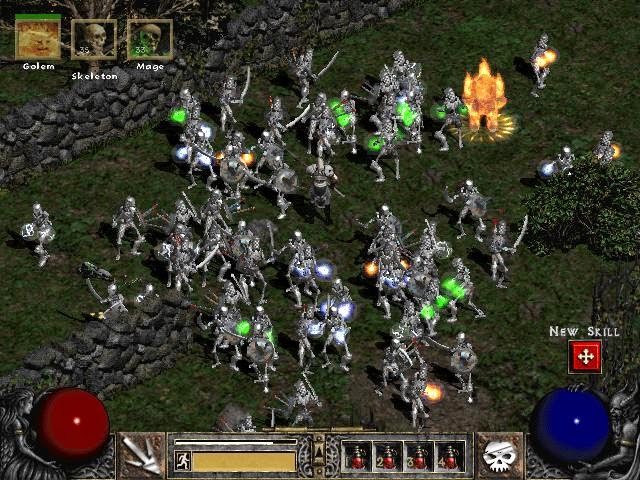 Lastly, a few words about the expansion, Lord of Destruction. First, it adds an entire act, which takes place in a frozen land with better designed monsters and more interesting locations. Second, it introduces two character classes, the druid, who can change his form, and the assassin, who has some cool moves. Third, it improves the original game: a) The allies you can hire are more helpful now because you can give them weapons and armor. In fact, they can become stronger than you! E.g. I let the guy with the spear at the second act kill everything that moved while I enjoyed the show from a safe distance and offered him a health potion occasionally. b) The chest in the town center, where you can store items for later use (such as runes and gems to craft equipment with magical properties) has double the size. c) The screen analysis is higher (800/600 instead of the low 640/480). d) There are new collectables, e.g. unique and set items (which are combined into a full set).

In conclusion, Diablo 2 is not easy to appreciate. Technically it was never impressive and sometimes it becomes annoying. However, its addictive, quick to grasp but hard to master gameplay make it stand out.