Final Fantasy XIII-2 released some time ago, but the series is getting some new life now on the PC format. Promising enhanced resolution and framerate and the inclusion of most (not all) of the DLC from the console versions, Final Fantasy XIII-2 receives a second chance to be played by more people. Does it deserve that chance? I believe so – I was very keen on this title when it first came out and that has not changed in getting to play this title again for the first time in over two years. 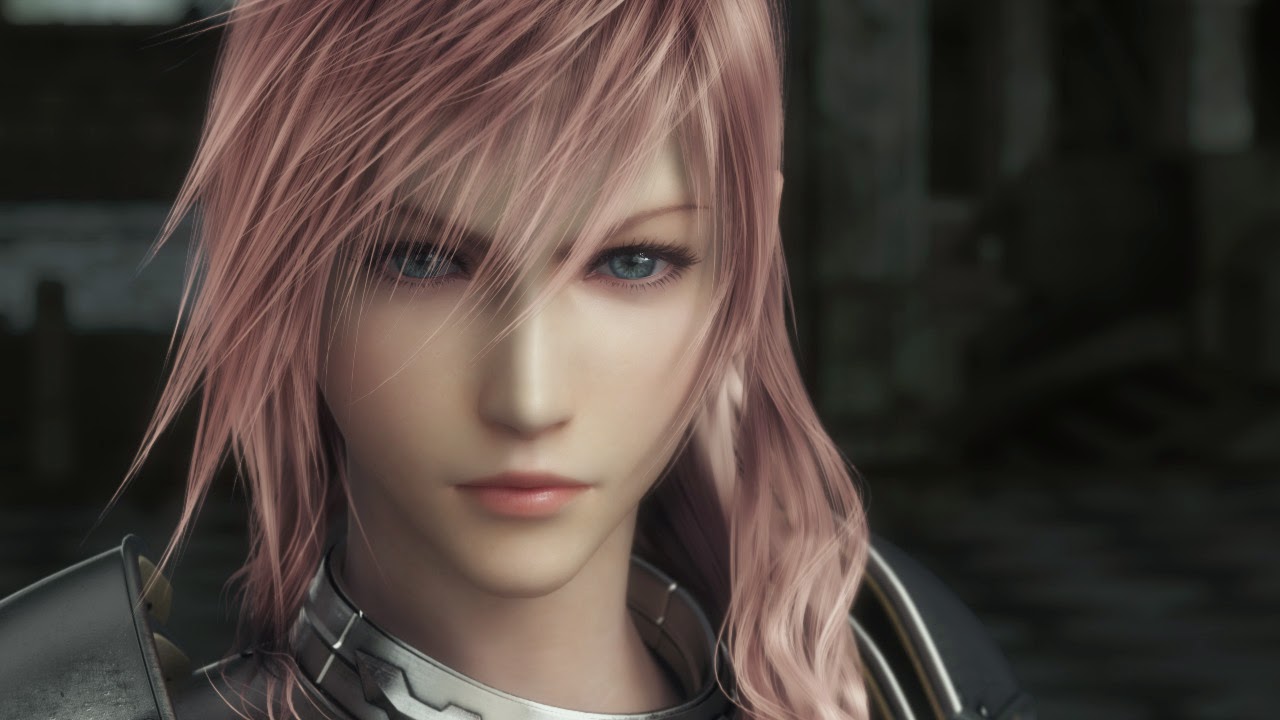 The Final Fantasy XIII titles have been among the more controversial ones released. I have been a fan of the series, despite some of the admitted flaws. Probably the most pervasive of these is that Final Fantasy XIII is more limited than most of the other Final Fantasy games. In XIII the game is very linear until the last leg of the journey. In XIII-2 you have two main characters and a bonus critter that can be swapped in and out. In Lightning Returns, you have just Lightning (much like Zack was the focus of Crisis Core).

However, many of the mistakes made in Final Fantasy XIII were corrected in this sequel. The storyline can still feel a bit muddled at first (though there is a method to the plot – it just is not the easiest to follow at first pass). Motivations are simple enough as Final Fantasy XIII-2 follows Noel and Serah primarily. Other characters return for cameos of differing length, from Hope, Lightning, Snow and more.

As someone who actually liked most (not all) of these characters the first time around, it was nice to see them again. I also think it was an interesting choice to make the two primaries relatively new. Sarah existed in Final Fantasy XIII, but she was not a playable character as she is here. Noel is the more interesting of the two however, as the story of Final Fantasy XIII-2 travels through not only different places but also a variety of different times. 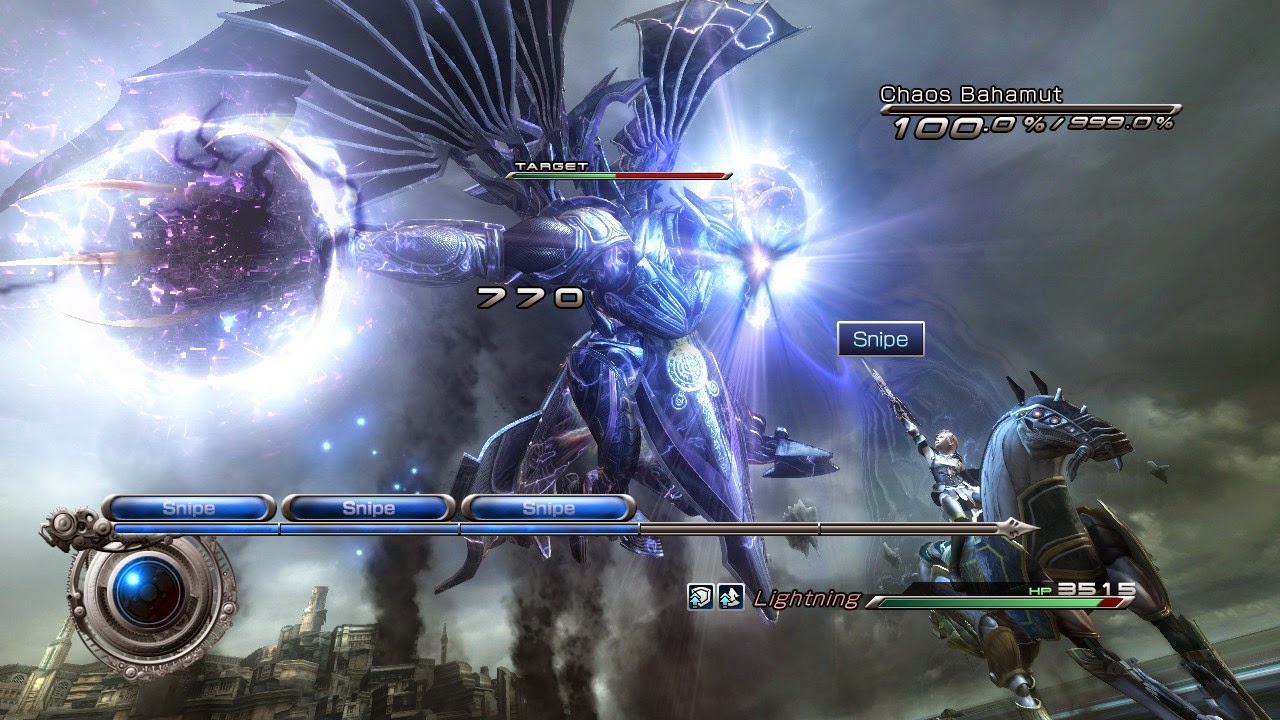 I liked the time travel aspect. I enjoyed going back and forth and exploring the different worlds. Back when I played Final Fantasy XIII-2 on the PlayStation 3, it was the first game on that console I ever earned a platinum trophy for. Some of the puzzles were a bit more obscure and a couple of those downright frustrating, but most of them were enjoyable and should satisfy those who look for a challenge outside of combat.

Combat here is flashier than it was in Final Fantasy XIII. Some of the scenery is absolutely gorgeous both in and out of battle and many of the fights – especially the boss ones – are suitably impressive.  The Cinematic Action sequences generally look amazing. Quick time events in my games has never been my favorite mechanism, but they occur somewhat infrequently here and serve to highlight key moments more than frustrate or get in the way.

The third party member is a captured and trained monster. This mechanic should appeal to the collector out there who likes to ‘catch them all’ in games like Pokemon. This was used by Square Enix in publishing several pieces of DLC when Final Fantasy XIII-2 first came out. Beating a rare, powerful opponent meant you had a chance of gaining that character and adding them to y our roster. I only purchased one of these the last time around – and that was strictly because I wanted Lightning in my group. Sure, it was not the ‘real thing’, but I enjoyed having a party with her, Noel and Sarah and used them through the end of my experience then. 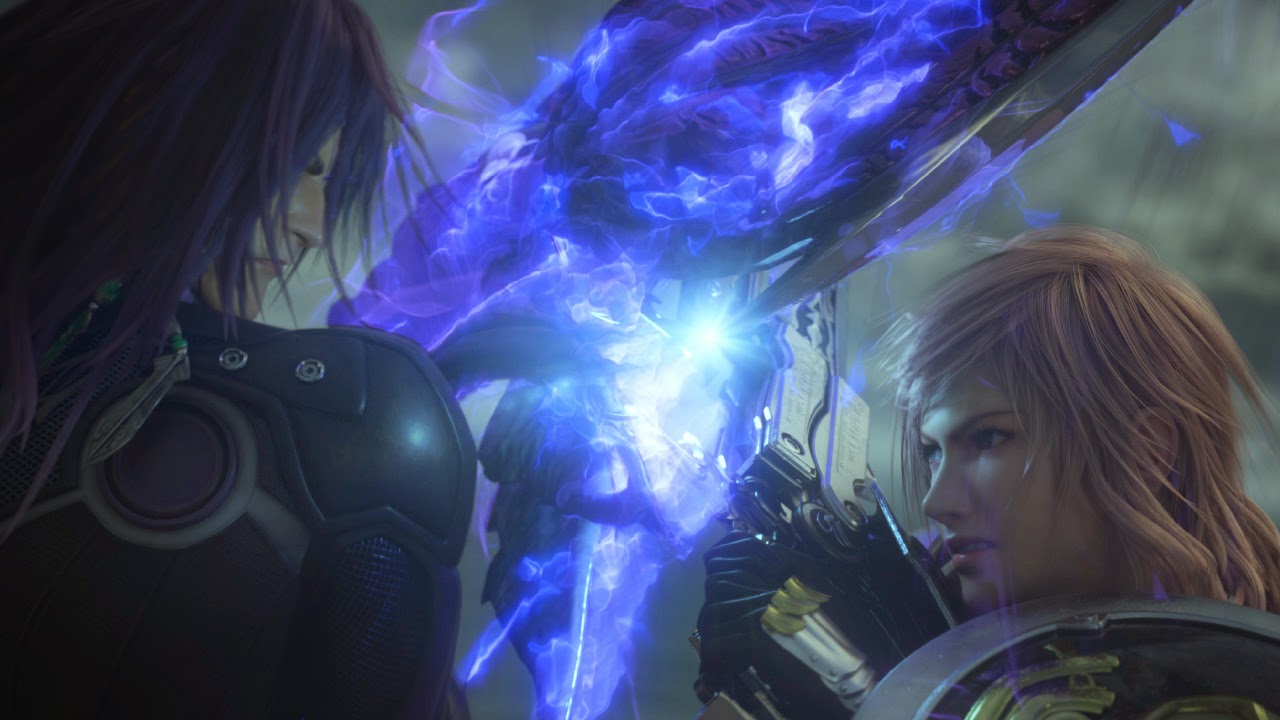 Now the DLC included with this release of the package includes several enemies (such as Omega and PuPu), a variety of outfits and a few other select pieces. Missing are DLC items that had licensing conflicts (such as the N7 Mass Effect Armor). Still, everything else is here and it is a welcome addition to the mix. I enjoyed having access to all of these. It is actually cheaper  to buy this game on PC in its entirety than to hop online and buy all of these items individually on the console version.

While the voice acting and music seems to be the same as what we had on the console (and that is a good thing in my opinion, as I enjoyed both), the visuals do indeed get a nice uptick. Perhaps it just looks better because I am sitting a bit closer (playing on a monitor a foot and a half away as opposed to a television nine or ten feet from where I was perched on the couch), but the upscaled resolution looks good. I have read several complaints that the framerate is not a solid 60, and my experience seems to confirm that as there were times when it would drop slightly. Then again, I have a more powerful computer than most so your experience may differ on that front. Sometimes the framerate drop was annoying, but it never really did much to take me out of the game and I only noticed it when I was really paying attention to it.

Playing with a controller is certainly recommended. It makes all of the movement and combat options easier to access. This is also a rather large game, ringing in around 30 GB.That is not a huge surprise given the amount of music and the absolutely gorgeous cinematics.

Final Fantasy XIII-2 did a great job of making amends for some of the missteps its predecessor made, and that holds true in this PC update. Combat is fast and fun and collecting monsters can quickly turn into an obsession. On a technical level this version of the game has more to offer than its console predecessor due to improved visuals and the inclusion of a lot of DLC. Fans who really enjoyed the game a couple of years ago when it released and missed most of the DLC such as myself may very well want to pick this up again, especially if you sold your copy some time ago. Newcomers to the series do not need to play XIII to enjoy this sequel, but it certainly helps. Either way, it is a journey worth taking.