Grand Theft Auto V can only be described as an overwhelming violent tour de force. Things blow up. People get killed. Accidents happen – and quite often the bad things that happen are more sinister than accidents. However, to simply describe the latest Grand Theft Auto as nothing more than rampant chaos would sell short what Rockstar has done here. They have created a living city in Los Santos that is a technical marvel in and of itself, and the power of the PlayStation 4 really makes the most of the updated visuals that give newcomers and experienced players alike a reason to come back (at least) one more time. 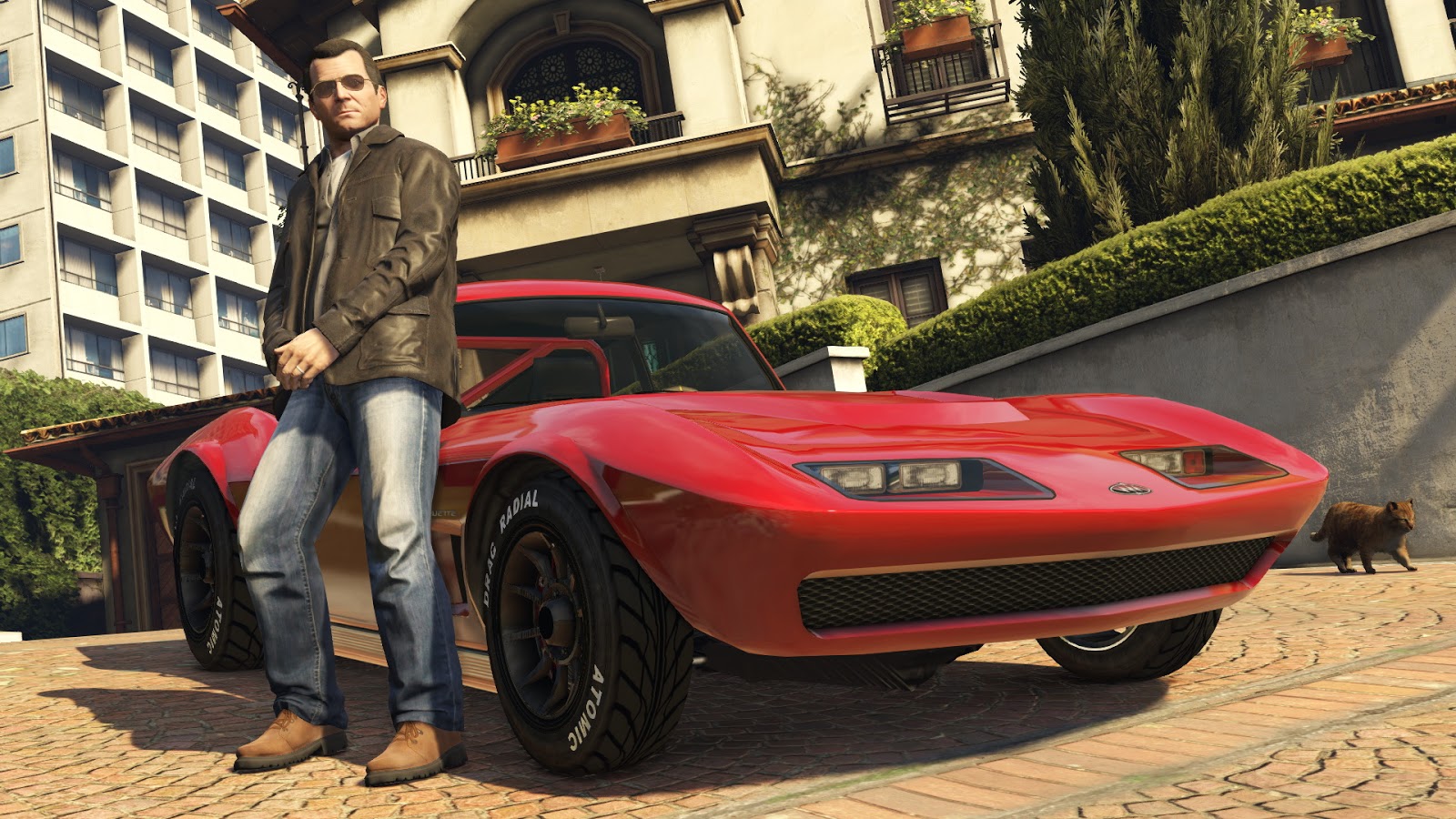 If this was just a simple rehash of the excellent game that came out on PlayStation 3 and Xbox 360 originally, Grand Theft Auto V is such a massive title that it would be worth picking up again. While the story itself might still be the same thing, Los Santos really is a testament to how far video games as a medium have come. Want to sit down and watch television? Feel free. Drive around the city and take in the sights and sounds? No reason not to. Every time I thought I had seen everything the city had to offer, Los Santos seemed to surprise me with something new.

Without a doubt, this is the best tale Rockstar has assembled in one of their Grand Theft Auto games. Say what you will about characters from the past or the way cities were assembled, but the way three different characters are woven into the fabric of the story shows the most growth for the development team to date. This is not just a matter of something new and shiny being considered the best – this is just natural evolution and Rockstar’s willingness to grow and take chances. 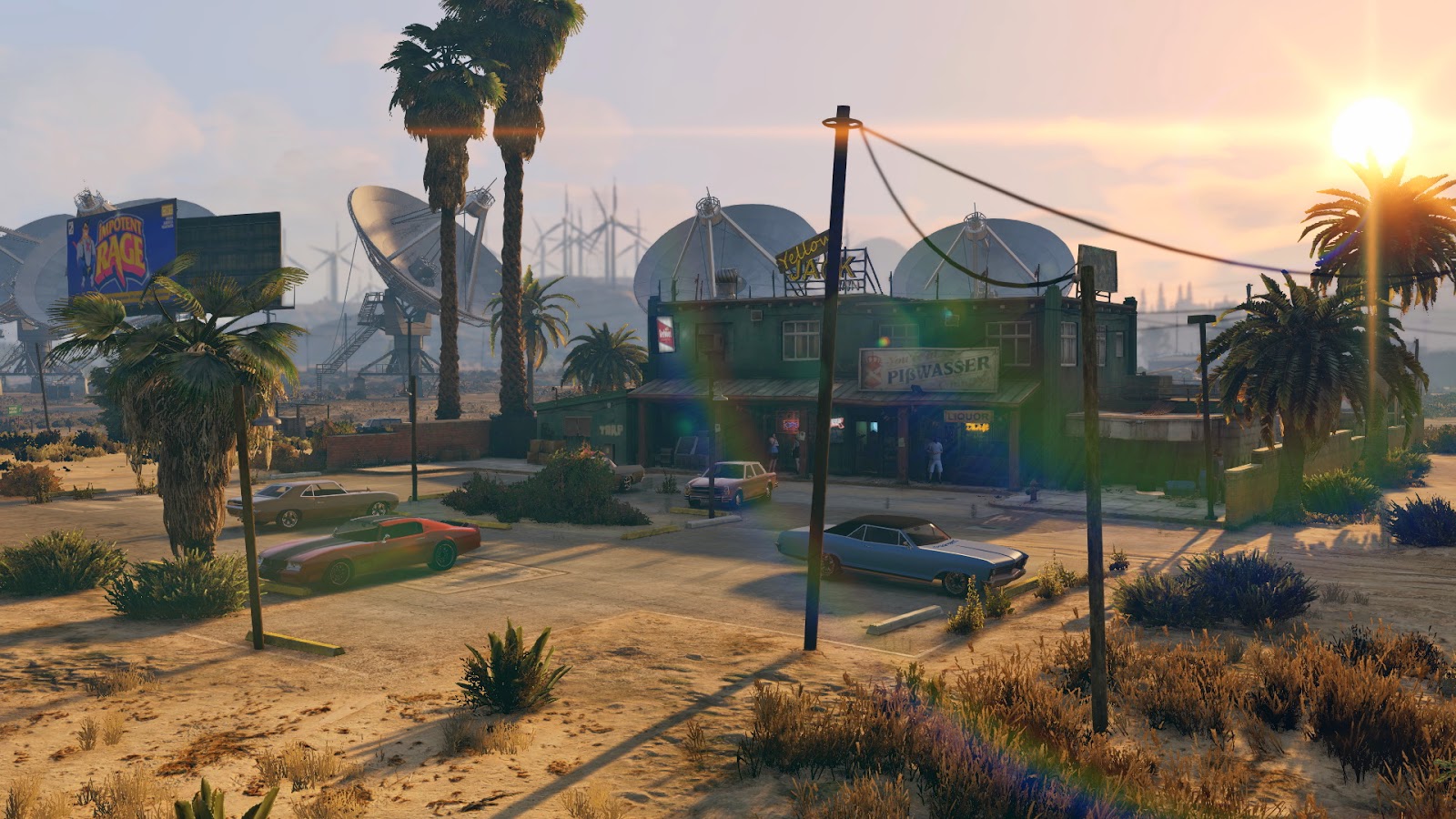 There is something troubling about the nature of the game, there is no denying that. More troubling than some of the modern shooters or fighters out there? I suppose it depends on your perspective. Grand Theft Auto has always been a lightning rod for criticism because  the events that take place feel very real world. Few of us operate on elite combat teams trying to infiltrate enemy territories, and even if we could relate to that – the stories are usually very clear on what you are doing and why, providing immediate justification for your actions.

It might be more difficult to mentally assure yourself that the biker who was just giving you grief over a woman deserved to have his head stomped into a bloody paste on the dirty ground. Make no mistake – these are not good people making good choices most of the time. The language and situations attempt to mirror life, but it is such an over-the-top satire of life at many times that Grand Theft Auto V really should not be taken seriously and instead just enjoyed for what it is: entertainment. Guilty entertainment? Sure, but many video games are. I see little more reason to get up in arms over a firefight in the streets than a fighting game where a hulking man pulverizes a small female on the street. Grand Theft Auto V embraces its violence and if you allow yourself to do so the same, you will likely enjoy yourself. 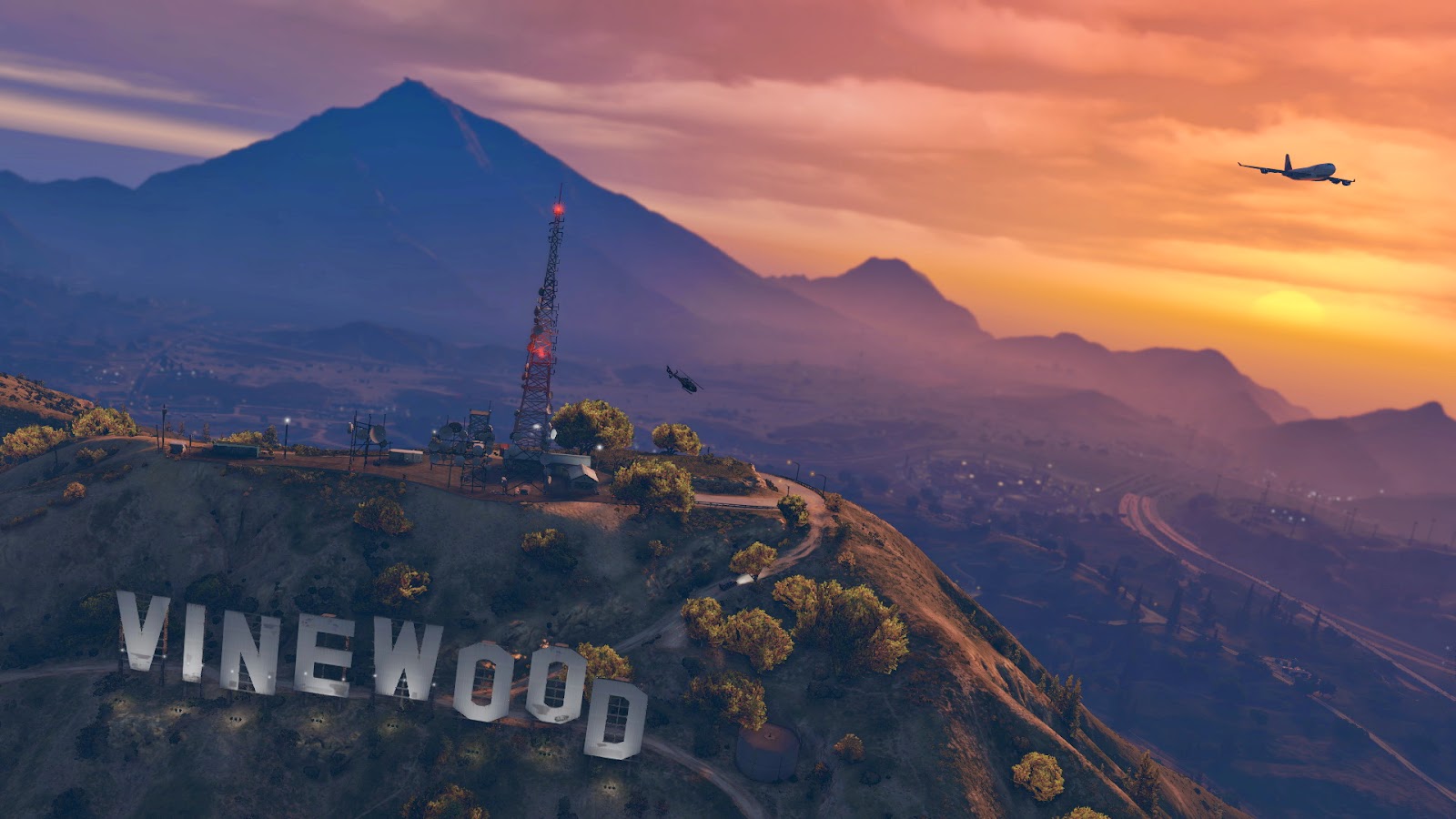 It is interesting to see how the visuals were updated from the prior release of this game. Instead of updating the character models first and foremost, it is the environment that sees the most love and effort. I think that is an excellent design choice, because while the characters in Grand Theft Auto V are often important, the real star of the show has always been Los Santos and now the city has an opportunity to shine just a little brighter than before.

One of the most interesting things about this version of Grand Theft Auto V however, is the ability to slide in and out of a first person perspective. For all of the things that the series does right, character movement and interaction with the environment can occasionally be somewhat fickle, so I had concerns about how the change in perspective would be handled. I was surprised to see that it actually responded very well, with the added bonus of being able to drive a car from the inside. Let me tell you – a wipe out from this view while driving is a disorienting yet thrilling experience, and it shows an incredible level of care and detail in this package that makes Grand Theft Auto V feel like more than a quick cash-in. 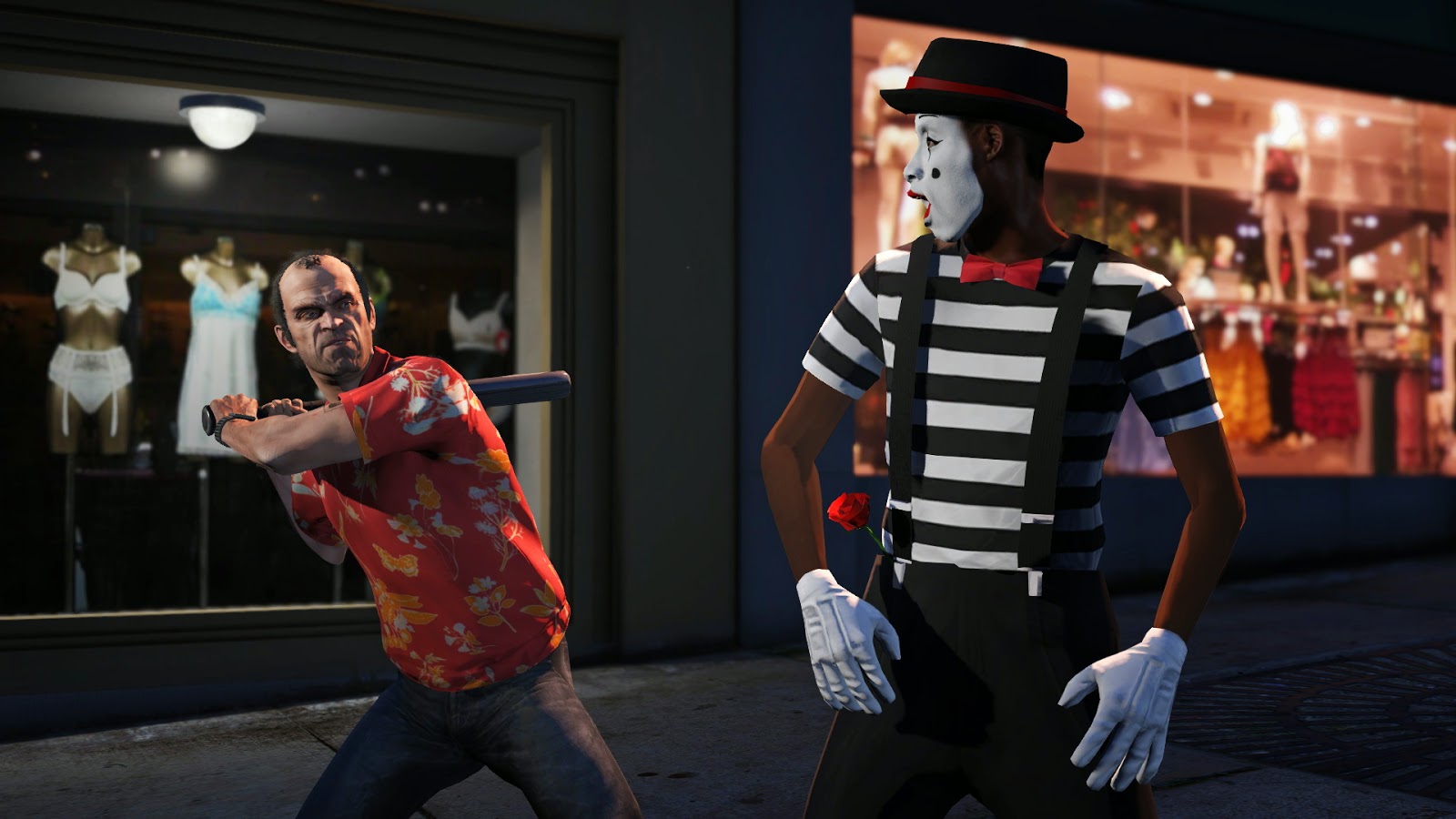 That is not to say this perspective is flawless. There are times when interaction with the environment still manages to be somewhat challenging, and it does create something of a tactical disadvantage. It can already be a challenge to see enemies from the traditional perspective which gives you more real estate to view, and narrowing your scope of  range can prove fatal at times. That being said, the ability to experience Los Santos through the eyes of a character is something to behold.

Rockstar has really outdone itself, first with the initial game when it released and then with its follow-up treatment. Grand Theft Auto V is one of the best games of the year still, and Rockstar may have created a good kind of problem for itself, because now the bar is set very high indeed and they have their work cut out in attempting to reach it in the future.